Accessibility links
Facebook Releases 2020 Census Policy To Prevent Interference Ahead of Count Under pressure to prepare for 2020 census interference, Facebook says content misrepresenting who can participate and the data the government collects will be banned from its social media platforms. 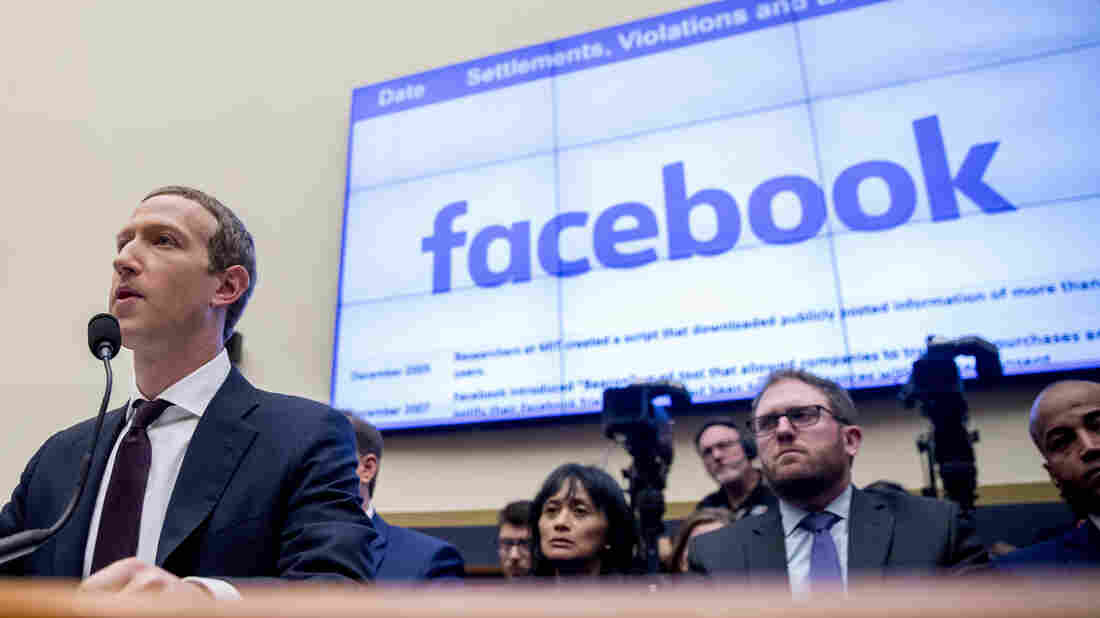 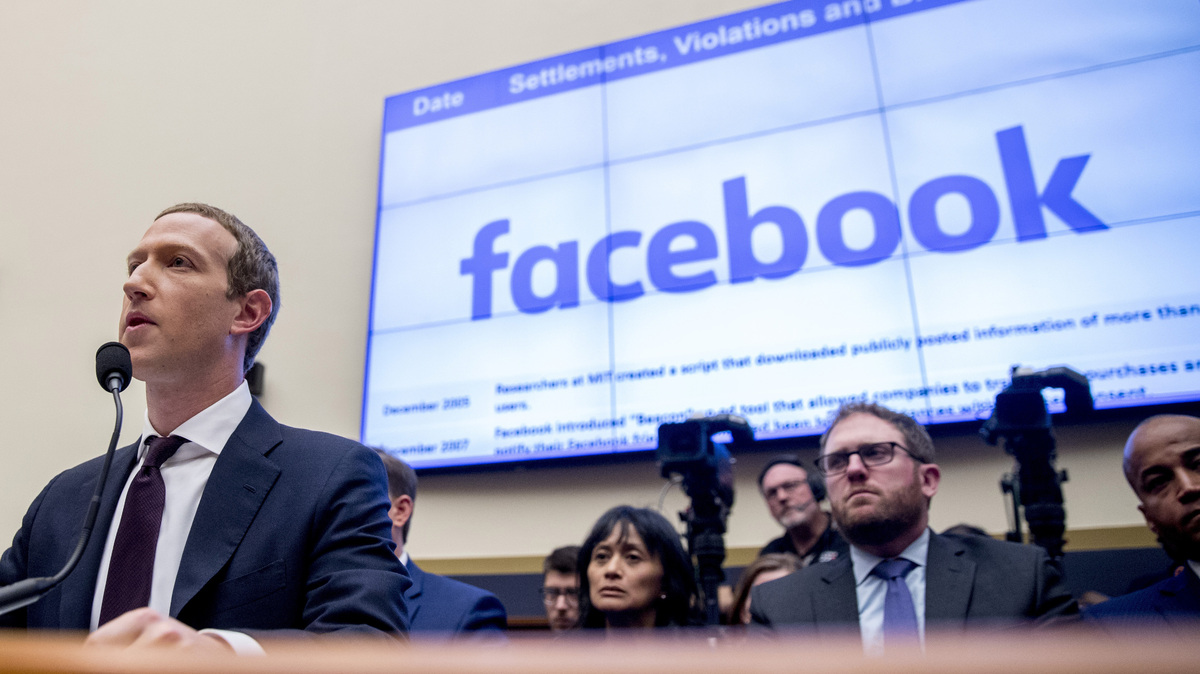 Facebook CEO Mark Zuckerberg testified before the House Financial Services Committee in October. Under pressure from lawmakers and civil rights groups, the company has updated its policies to address census interference.

Facebook is changing user policies for its social media platforms to explicitly ban disinformation about and ads trying to discourage participation in the 2020 census, the company announced on its website Thursday.

The company says it plans to enforce these specific bans on all users, including politicians — a departure from previous comments from Facebook officials who said the company did not want to restrict politicians' speech on its platforms.

According to Facebook's updated advertising policy, ads that describe participating in the U.S. census as "useless" or "meaningless" are no longer allowed on Instagram or Facebook, which is one of NPR's financial sponsors.

In January, the company plans to start removing any posts that misrepresent how and when the count is conducted, as well as who can participate. Facebook's updated Community Standards policy also bans any misleading content misstating that participating in the census could lead to a person's arrest, deportation or imprisonment or that the Census Bureau will share an individual's census information with another government agency.

The company's announcement comes less than three months before the constitutionally mandated head count of every person living in the U.S. is underway across the country in mid-March, after officially launching in remote Alaska in January.

Lawmakers and civil rights groups have been pressuring Facebook and other social media companies to prepare for the first primarily online U.S. count. The Census Bureau has been trying to prepare for a potential onslaught of disinformation from Internet trolls and foreign governments in the coming months. In this final stretch before the census begins, concerns linger among immigrant groups and communities of color about the confidentiality of the personal information the government plans to gather, despite federal law prohibiting the bureau from releasing data identifying individuals until 72 years after collection.

"As the format of the census evolves, so do the ways that people share information about the census," Kevin Martin — Facebook's vice president of U.S. public policy who formerly chaired the Federal Communications Commission under President George W. Bush — and Samidh Chakrabarti, the company's director of product management for civic engagement, wrote on its website. "This means we have to be more vigilant about protecting against census interference across posts and ads on Facebook and Instagram and help promote an accurate count of every person in the country."

In recent months, Facebook has come under fire from critics of how it handles political ads, including ones that contain misleading statements.

"Our policy is that we do not fact-check politicians' speech, and the reason for that is that we believe that in a democracy, it is important that people can see for themselves what politicians are saying," Facebook CEO Mark Zuckerberg testified in October during a congressional hearing before the House Financial Services Committee.

Facebook's updated policies, however, do put some limits on what politicians can say. Political ads that target Facebook's users based in the U.S. are not allowed to advise people not to participate in the census.

"Content that violates our census interference policy will not be allowed to remain on our platforms as newsworthy even if posted by a politician," Martin and Chakrabarti wrote.

Vanita Gupta, president and CEO of the Leadership Conference on Civil and Human Rights, said Facebook is "leading the industry with the most comprehensive policy to date to combat census interference efforts on its platform."

"It appears that Facebook has finally listened," Gupta said in a written statement. "Any good policy is meaningless without proper enforcement. We, along with our partners, will continue to work with Facebook to ensure that policies against census and voter interference are fully implemented."

Facebook says it's also planning to monitor any posts and ads that contain inaccurate statements about the census but do not violate the company's policies. Users may see labels over certain content determined to be "false" by independent fact-checkers.

Other tech companies have also recently rolled out updated user policies to prepare for the census.

Last week, Google, which owns YouTube, announced a new ban on YouTube videos and user comments that appear to be "aiming to mislead participants about the time, means or eligibility requirements for participating in a census." In November, Google, which is also a financial sponsor of NPR, released an updated ad policy citing information about census participation that "contradicts official government records" as an example of misleading content not allowed on the company's platforms.