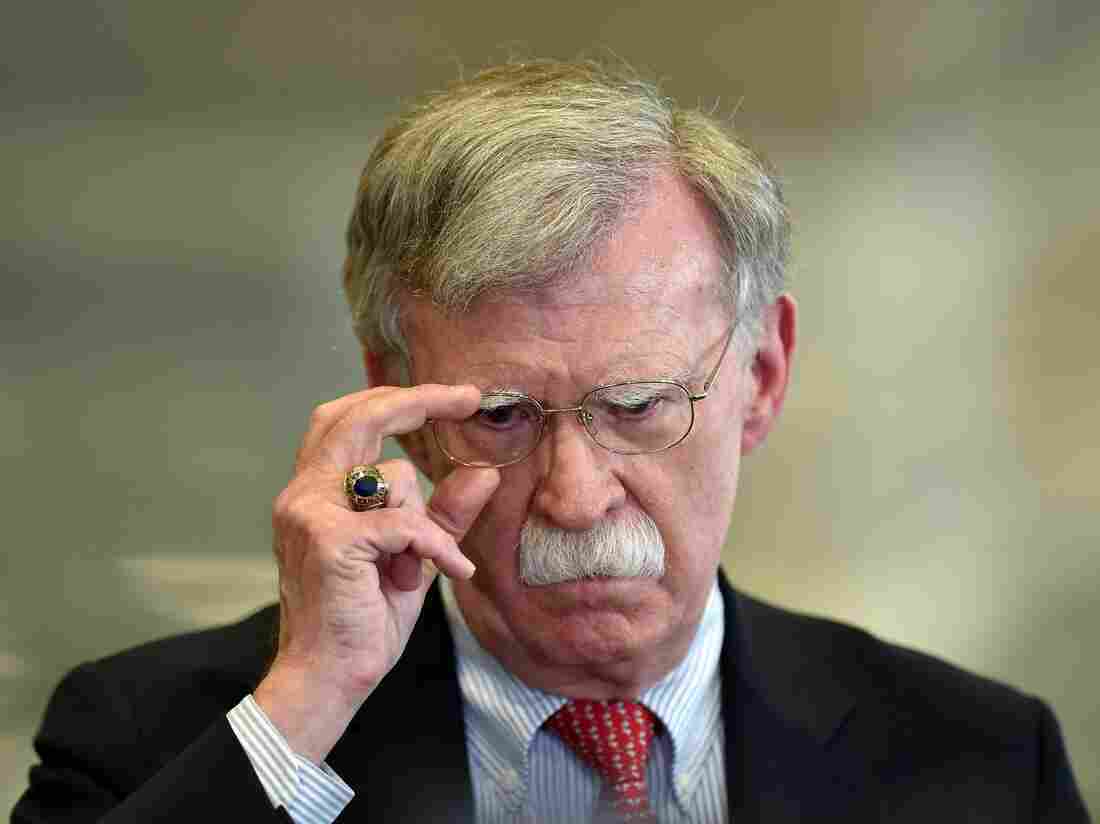 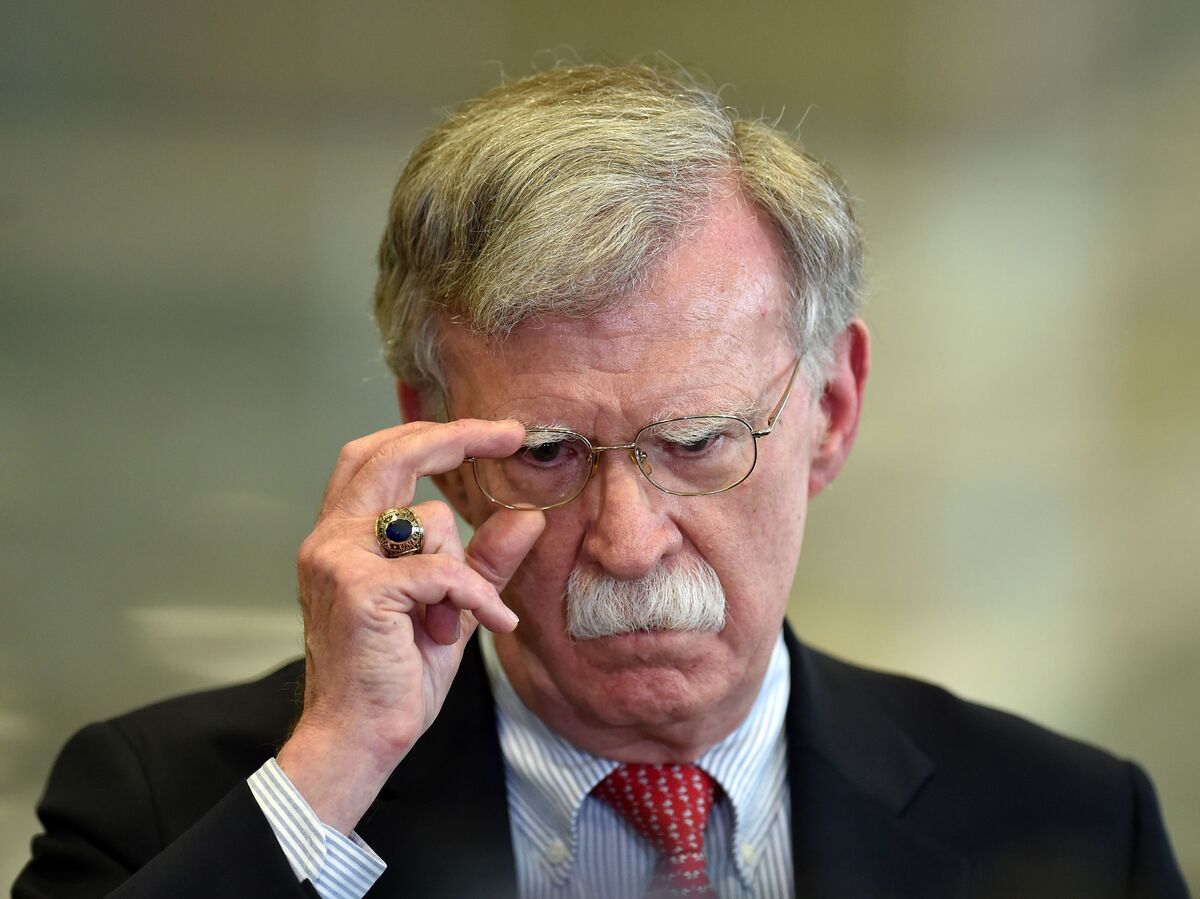 John Bolton after a meeting in Minsk, Belarus, in late August, nearly two weeks before his ouster as President Trump's national security adviser.

John Bolton is not particularly concerned about receiving a present from North Korea this holiday season.

In an exclusive interview with NPR, the former U.S. ambassador dismissed the country's recent threat that it could deliver a "Christmas gift" if the U.S. does not meet an end-of-year deadline to offer better terms in nuclear negotiations. Bolton, who has avoided interviews since President Trump fired him as national security adviser in September, instead suggested that the Trump administration take the threat with a "grain of salt."

"I think part of this may be bluff on their part. They think the president's desperate for a deal, and if they put an artificial time constraint on it, they may think they're going to get a better deal. We'll just have to wait and see," he said.

"But this is all part of the North Korean playbook. They've successfully jived the three prior American administrations, and they plan to do the same with this one."

And he thinks the administration is making a "big mistake" if — as reported by The New York Times — it stymied attempts by the United Nations Security Council to hold a discussion on North Korea's human rights abuses, for fear of upsetting North Korea and thereby derailing nuclear negotiations.

"It's been the pattern as we've watched it for over three decades now: The North Koreans are very happy to declare that they're going to give up their nuclear weapons program, particularly when it's in exchange for tangible economic benefits, but they never get around to doing it," said Bolton.

"And I think the inescapable conclusion is that they're happy to sell that same bridge over and over again, but there's no serious chance they will ever voluntarily give it up."

Bolton's comments represent a stark break — but not a surprising one — with the administration he served before his ouster three months ago. The foreign policy hawk and the president had butted heads repeatedly over the direction of the administration's national security policy.

Now, Bolton has found himself at the center of the political maelstrom over the impeachment of the president, with Democratic lawmakers seeking — and so far failing — to obtain his testimony about Trump's decision to withhold U.S. military aid to Ukraine.

As for their differences on North Korea, Trump has actively pursued a deal with the nuclear state throughout much of his time in office — though that diplomatic pursuit has fallen on tough times lately.

The promise of talks and a landmark agreement, seemingly so close when North Korean leader Kim Jong Un met Trump for the first time last year, has devolved into an exchange of bellicose rhetoric. 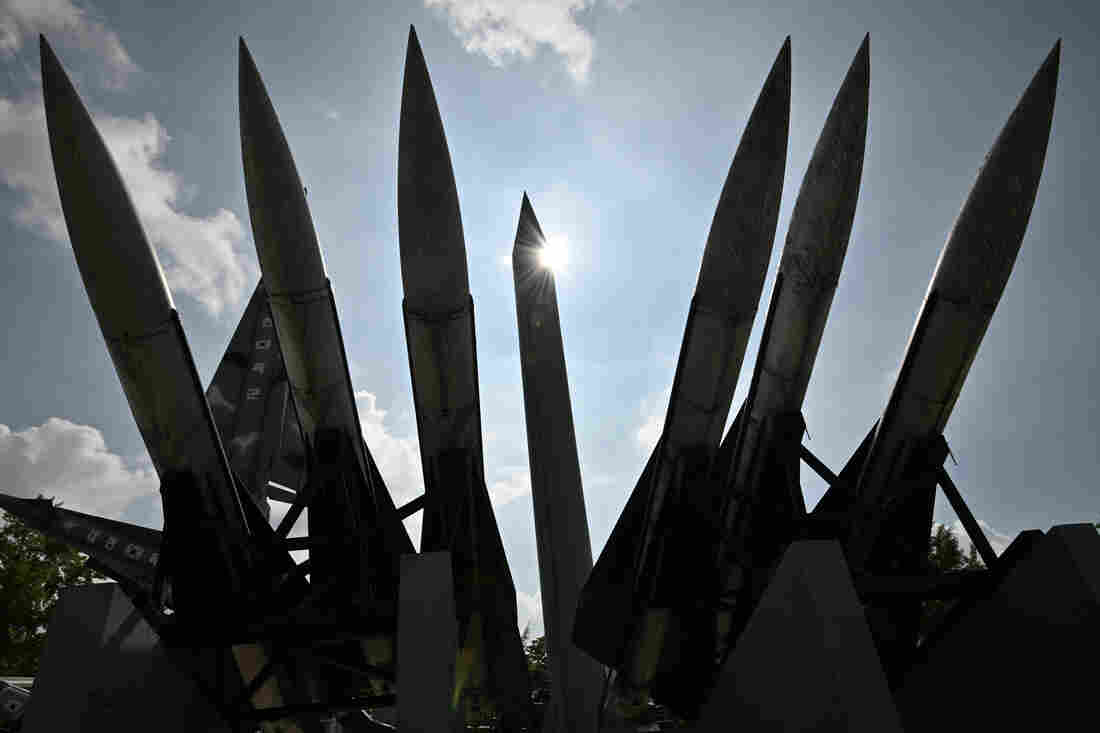 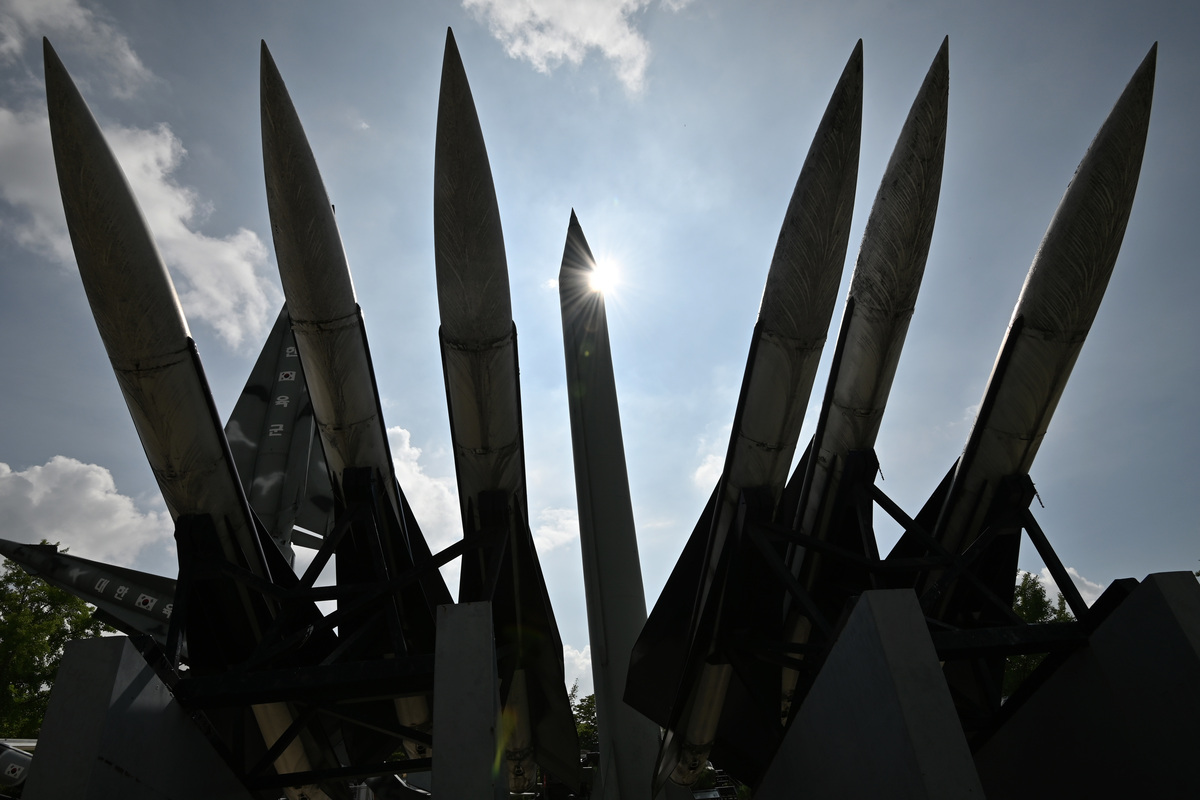 A replica of a North Korean missile and South Korean surface-to-air missiles stands at the Korean War Memorial in Seoul, South Korea. North Korea fired unidentified short-range projectiles during a test in August, a move that displeased U.S. negotiators.

A good place to start is a more hopeful moment, during one of Trump's subsequent meetings with Kim, in Hanoi, Vietnam, in February. Despite a hopeful start, they did not reach an agreement to end North Korea's nuclear weapons program. "Sometimes you have to walk," Trump explained then, "and this was just one of those times."

The decision to walk started a chain of events featuring increasingly hostile rhetoric. Jenny Town, who follows North Korea for 38 North, took note of a speech Kim delivered to the country's People's Assembly in April.

"Kim Jong Un basically said that he would give the U.S. until the end of the year for the U.S. and North Korea to make progress and to come to some kind of agreement on how they move forward," she told NPR. "I think this was a sign of frustration with the process."

It was that deadline that a North Korean official was referring to in his "Christmas gift" threat. And that deadline has become a time bomb of sorts.

"They're going to have to do something now," Town explained.

Negotiators from the U.S. and North Korea have met in recent months, but they have made no progress. A U.S. official familiar with the talks describes North Korean negotiators as "professional" but "afraid." For their own safety, they want Kim to decide on any deal North Korea makes, but he's not in the room.

Now, the holiday deadline approaches, and satellite images suggest that North Korea has been firing off rocket engines as if preparing for some kind of long-range-missile test. Is it possible, then, that North Korea is on its way to some dramatic nuclear confrontation by mistake?

"The key is 'by mistake' — we have a situation now where it's unclear if there are red lines or what those red lines would be," Town said.

Ever since Trump began meeting and exchanging letters with Kim, North Korea has refrained from nuclear and long-range-missile tests. Nobody knows what Trump would do if North Korea resumes.

The U.S. is doing one thing as the deadline nears, according to an official: trying to deliver a "constant message" of "reassurance" to Kim.

Kelly Craft, the U.S. ambassador to the United Nations, sounded a note of disappointment during a U.N. Security Council session on North Korea's threat earlier this month, observing that the country "has continued to advance its prohibited programs."

But she also portrayed U.S. negotatiors' conditions as reasonable.

"We have not asked North Korea to do everything before we do anything," Craft said.

As for what that statement means, Joseph Yun, a former State Department negotiator, explains that the U.S. used to emphasize that North Korea must start any deal by giving up its entire program.

"All of that must happen before the U.S. will begin to normalize relations," Yun said. "In other words: 'You guys, you go first and then we make sure what you've done is acceptable. And then we will do our end.' "

In various statements this year, the U.S. has said something a little different. It still wants a halt to all of North Korea's nuclear weapons program, but the two sides might take smaller steps first.

"What Ambassador Craft is saying is that, no, it's not completely the case that North Koreans have to do everything before the U.S. does any reciprocal steps," he said. "We could do what's called 'step-by-step' or 'incremental' measures, as it's sometimes called."

A U.S. official says that American negotiators are willing to discuss early measures. Maybe each country could put a liaison office in the other's capital, for instance, since neither has an embassy in the other right now.

But what North Korea really wants is relief from global economic sanctions without giving up all its weapons, and its deadline is nearing.

That threat could challenge the unpredictable U.S. president, just as Trump begins an election year. In other words, as Town warned: "There's a lot of room for miscalculation right now."

For his part, Bolton noted that whatever impression North Korean officials have given with their approaching deadline, he believes time remains on Pyongyang's side.

"The more time they have, the more they can overcome all the technological and scientific difficulties to perfecting a deliverable nuclear weapons capability," he said.

"So the fact that they're not doing anything today and they didn't do anything yesterday, that we can see, is not a good sign. It probably just means we're not seeing it. But the longer time goes on, the greater their capability will become."