Accessibility links
Prosecutors: No Evidence of Crime Or Animal Cruelty After Rash Of Horse Deaths Animal rights activists are demanding greater safety measures to protect racehorses. The district attorney says the industry can do more to prevent racing and training deaths.

Prosecutors: No Evidence of Crime Or Animal Cruelty After Rash Of Horse Deaths

Prosecutors: No Evidence of Crime Or Animal Cruelty After Rash Of Horse Deaths 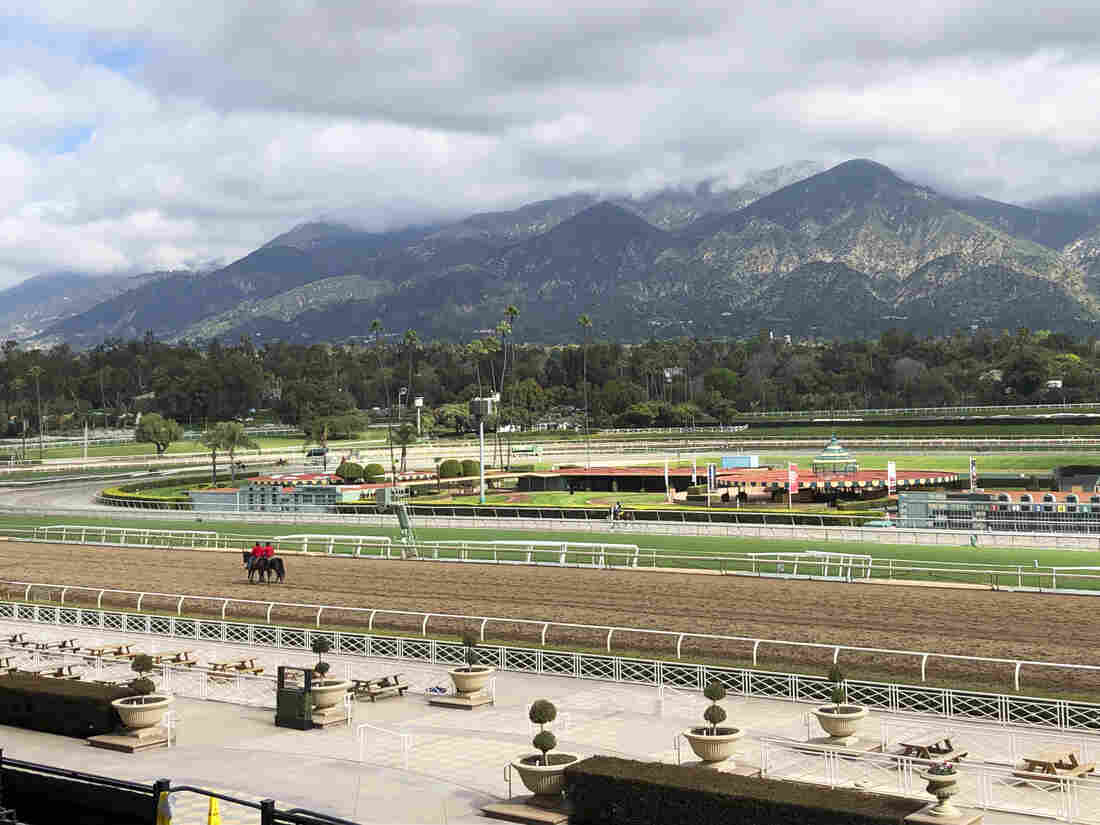 A few horses and riders are seen on the track at Santa Anita Park, in Arcadia, Calif., in March. Fifty-six horses have died there since July 2018. Amanda Lee Myers/AP hide caption 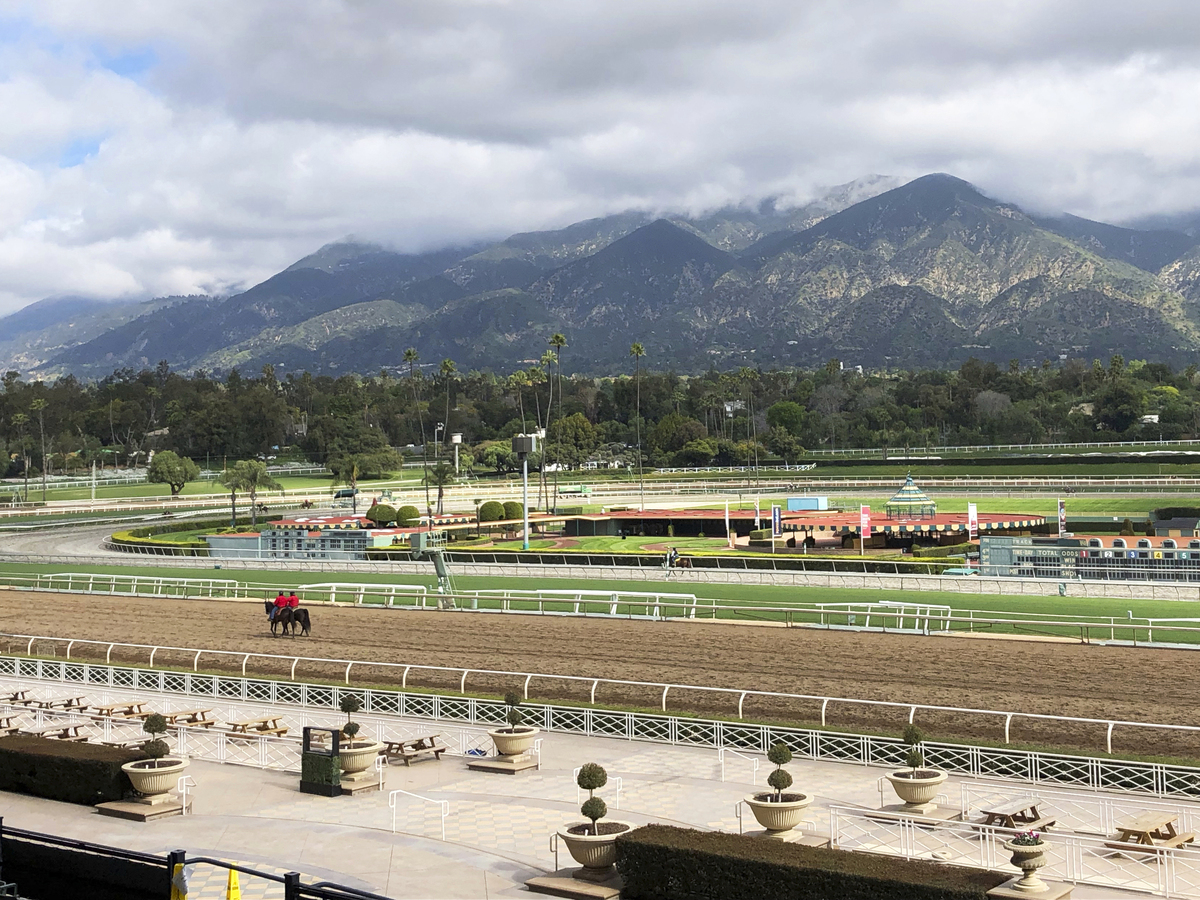 A few horses and riders are seen on the track at Santa Anita Park, in Arcadia, Calif., in March. Fifty-six horses have died there since July 2018.

Prosecutors in Los Angeles County say they have found no evidence of animal cruelty or illegality associated with a rash of horse deaths at Santa Anita Park racetrack since mid-2018.

There were 49 equine deaths at Santa Anita from the beginning of July 2018 and the end of June 2019, 39 of which were due to catastrophic breakdowns during racing or training. The deadliest period occurred between the end of December 2018 and the end of March 2019 — the rainy season — when 23 horses died. Another seven horses died between September and November 2019, bringing the total number of deaths to 56.

According to a task force report issued Thursday by the Los Angeles District Attorney's office, "there was insufficient evidence to prove criminal animal cruelty or other unlawful conduct under California law."

The 17-page report put the Santa Anita racetrack deaths in a national context:

"Horse racing has inherent risks but is a legally sanctioned sport in California," Lacey said in a statement. "Greater precautions are needed to enhance safety and protect both horses and their riders."

Some animal activists were not impressed.

"It's beyond credible that the district attorney doesn't see that trainers who medicate horses obviously know that they are injured and sore, so they should be criminally culpable if they then force them to race to their deaths," said Kathy Guillermo, senior vice president of People for the Ethical Treatment of Animals, in a statement. "Fortunately, the D.A. agrees with what PETA has said for the last decade: The racing industry has not done enough to protect horses on racetracks and the industry will die itself unless it does far more."

The owners of Santa Anita racetrack, the Stronach Group, praised the Lacey's report.

"We are all committed to the same thing–the highest level of equine safety and welfare–and we will continue to do everything possible to promote equine and rider health and safety," the company said in a statement. "And we are gratified that the District Attorney's report into the conduct and conditions at Santa Anita Park found no evidence of misconduct."

In its conclusion, the task force indicated that it would keep Santa Anita under scrutiny:

"The Santa Anita Task Force's investigation is ongoing. The Task Force will continue to look for evidence of criminal activity or animal cruelty and the District Attorney's Office is prepared to prosecute any violations."