Accessibility links
StoryCorps: He Studies Nature To Carry On His Family's Legacy Drew Lanham grew up captivated by birds on his family's South Carolina farm. At StoryCorps, he says a return to the land inspired him to pursue his childhood dream of becoming an ornithologist. 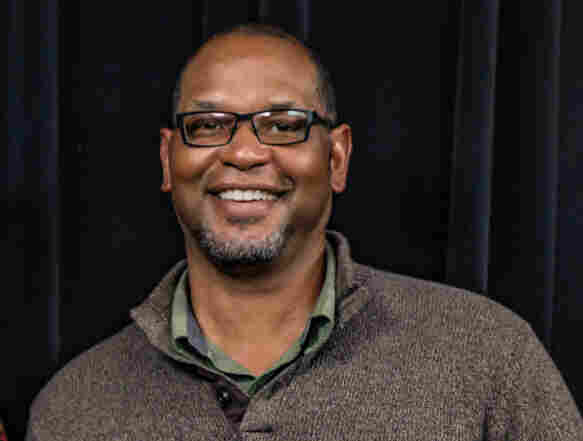 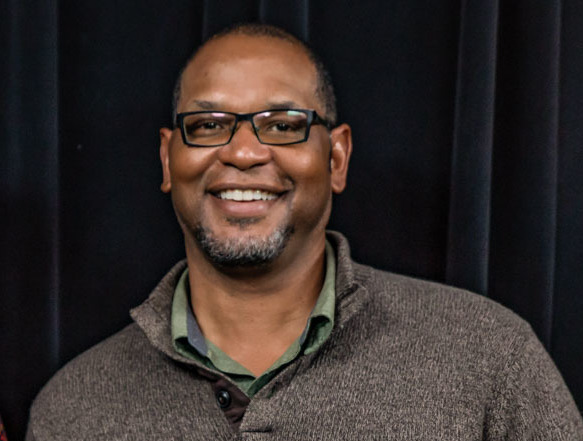 Drew Lanham visited StoryCorps this month, in Clemson, S.C., where he followed his childhood dream to study birds.

Drew Lanham grew up in Edgefield County, S.C., on the farm his grandfather built in the 1920s.

Lanham, now 54, says his father felt a responsibility to stay on the land and care for the animals and crops planted there. "I saw my father, in large, through the land, and I saw the land as my father's heart," he said on a visit to StoryCorps earlier this month.

To Lanham, that family land was intertwined with his fascination for the critters around him.

As a kid, he remembers being engrossed by the wildlife he would encounter on the short walk between his parents' ranch and his grandparents' house. Even though the journey was less than a quarter-mile, he recalled, back then it "seemed like a thousand miles."

"I would stop to investigate whirligig beetles, and Bobwhite quail were usually in some thicket somewhere along the way," he said. "If it was winter, I was breaking ice on puddles that tadpoles had been in in the spring. It might take me a couple of hours to walk that."

Above all, he was captivated by the birds. "From a very early age, I believed that I would be someone who studied birds — who somehow found a way to fly," he said.

Lanham said he lost track of that dream on the road to becoming an engineer.

"Once I left for college, everybody said, 'You're good at math and science. Be an engineer. Make money, Drew.' And for a while, I tried that, but hated every last moment of it," he said.

As a student studying engineering at Clemson University in South Carolina, it was a return trip to the farm helped him circle back to his love of birds.

That's because when he went for a visit, the farm was unrecognizable. Lanham's father had died years before without a will, and disputes between family members meant that the land was eventually divided into parcels.

"I can remember coming back home, all of these wonderful forests that I'd grown up in had been clear cut. And losing that land was like losing my father all over again," he said.

Though much of their home had been devastated, some wildlife remained.

"I remember leaving that day and driving up this dirt road and stopping where the paved road began, and there's this bird called a Prairie Warbler that's singing, this 'Zee, zee, zee, zee, zee, zee,' " he said.

"It was the most hopeful thing for me."

The bird's song lit a fire under Lanham. After his visit back to the farm, he couldn't see himself returning to work as an engineer, he said.

"I never believed I should be an engineer," he said. "That bird was really sort of my canary in a coalmine. I said, 'I can't do this anymore.' "

At Clemson he got on track to study to become an ornithologist. One of the first birds he researched in the field was the Eastern bluebird.

"The work was often hot and hard and long hours. But there were these moments when I would look up, and there would be flocks of Bobolinks or the songs of Eastern meadowlarks and taking the moment to realize that I was doing what I had always dreamed," he said.

Today, Lanham is still living his dream. He works as a professor at Clemson, where he teaches wildlife ecology.

"I would like to think that my father would see my turn towards the study of nature as carrying a legacy forward," he said.