Accessibility links
'Little Women' Again? Greta Gerwig's Adaptation Is Both Faithful And Radical Gerwig gives us the warm, homespun pleasures of Louisa May Alcott's beloved novel, but she also holds the well-worn text up to the light to consider some of its flaws and compromises. 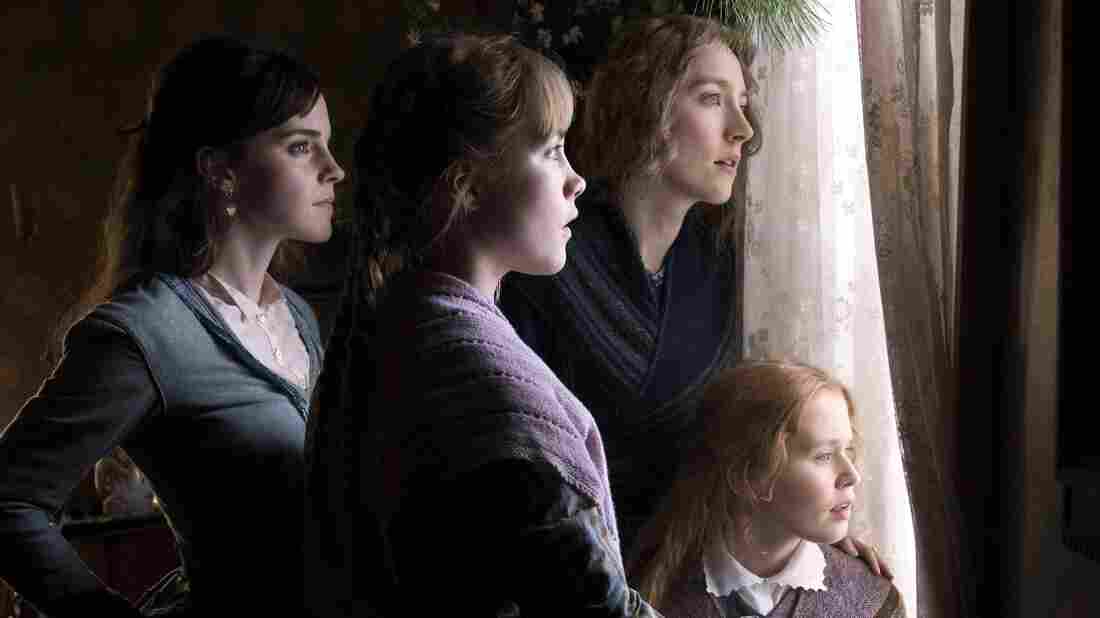 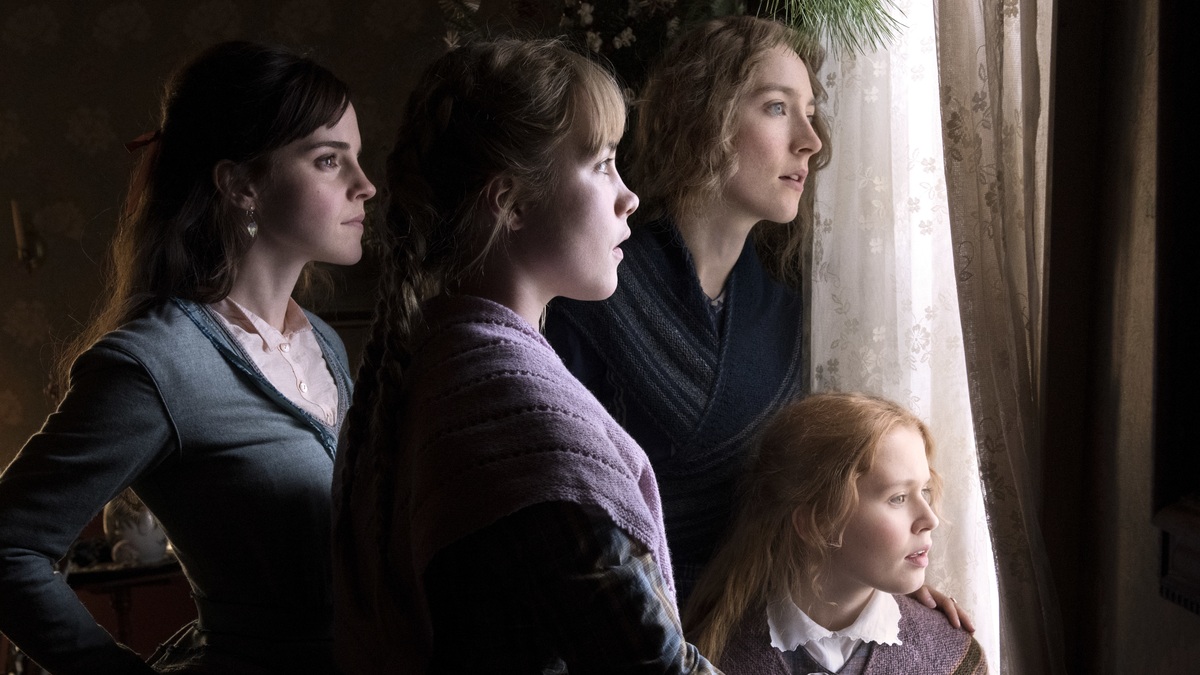 Over the past few weeks I've had people ask me about the new Little Women with equal parts excitement and nervousness: Was it any good? After so many earlier screen adaptations of Louisa May Alcott's beloved novel — from the 1933 Katharine Hepburn film to Gillian Armstrong's 1994 version — did we really need another go-round with the March sisters?

I'm happy to report that the answer to both questions is a resounding yes. Greta Gerwig has reshaped Alcott's novel with a touch that feels both faithful and radical. She wants to give us all the warm homespun pleasures and emotional satisfactions of Little Women: the period costumes, the sisters' fireside chats and scuffles, their verbal and emotional sparring matches with the boy next door, Laurie.

But Gerwig also wants to hold this well-worn text up to the light, to approach it from a fresh perspective and even consider some of its flaws and compromises. Her boldest stroke is to shake up the chronology, cutting between two time frames that begin seven years apart. When the movie opens, Saoirse Ronan's brash, ambitious Jo March is already in New York pursuing her dream of being a writer.

The first scene finds Jo meeting with a publisher — a sly Tracy Letts — and arguing over the plot and the fee of a story she's submitted. Jo is treated as a stand-in for Alcott herself, who also had to negotiate to protect her work. Right from the start, Gerwig makes clear that this will be a story about the limited opportunities that were then available to women, especially female artists.

That's also true of Jo's youngest sister, Amy, played by a vivacious Florence Pugh. She's in Paris studying to be a painter, but she knows she'll have to marry well to secure her future. While there, she runs into Laurie, perfectly played by Timothée Chalamet in full tousled heartthrob mode. They argue over a wealthy young suitor who's been courting Amy — and over Amy's desire to "marry rich."

By contrast, the eldest March sister, Meg, played by Emma Watson, wed her husband, John, for love and doesn't regret it, despite their everyday struggles with money. They still live in their Massachusetts hometown, as does the shy Beth March, played by Eliza Scanlen, who's already sick and growing steadily weaker.

Although no prior familiarity with Little Women is necessary to enjoy this movie, Gerwig knows that many in the audience will know this story well. And that's why she feels liberated to tell it as irreverently as she does here. After following the grown-up sisters separately for a while, she takes us back to their girlhood years, when they were all under the same roof.

There's the party where Jo meets and dances with Laurie; the time Amy burns Jo's manuscript out of spite; the kindness of Laurie's grandfather, sweetly played by Chris Cooper, who gives Beth his piano. There is the warm, anchoring presence of Laura Dern as the sisters' loving mother, Marmee, and also the sour condescension of Meryl Streep as their rich, imperious Aunt March. These moments overlap with later ones, including Jo's spirited literary arguments with a professor in New York, played by the brooding French charmer Louis Garrel.

As in Lady Bird, Gerwig races through every scene with a furious velocity; she combines overlapping dialogue, whirling camerawork and quick cuts to exhilarating effect. You feel as if you're in the room with these characters, swept up in their domestic dramas. At the same time, there's something deeply piercing about the way Gerwig keeps flashing backward and forward, so that past and present seem to be echoing each other. While the structure takes some getting used to, it begins to pay off emotionally in a way that I've never seen Little Women do before. The happy moments feel all the more fleeting, the tragic ones all the more inevitable.

One hundred fifty years later, Gerwig sets out to gently redress that wrong, with a clever metafictional twist that both honors and subverts the original.

Watson and Scanlen make a lovely Meg and Beth, but their characters feel secondary by design. This Little Women is a fierce tug-of-war between Jo and Amy, and Ronan and Pugh are blazingly good as two highly competitive sisters who are more alike than they care to admit. Both are equally determined to forge their own paths in art and in love.

Speaking of love: Alcott famously had a different ending in mind from the more conventional romantic one she was pressured into writing by her readers and her publisher. One hundred fifty years later, Gerwig sets out to gently redress that wrong, with a clever metafictional twist that both honors and subverts the original. It's enormously satisfying to see Gerwig bridge the gap between the expectations of readers then and the desires of audiences now. She hasn't just made Little Women her own. She's made a movie that rightly belongs to all of us.