Accessibility links
WATCH: Carnival Cruises Glory And Legend Crash In Port Off Cozumel, Mexico Luckily, the crash in Cozumel looked more serious than it turned out to be. Just a handful of passengers reported minor injuries, and Carnival says the ships remain seaworthy. Still, there's video.

WATCH: Carnival Cruises Collide In Attempt To Dock Off Mexico

WATCH: Carnival Cruises Collide In Attempt To Dock Off Mexico 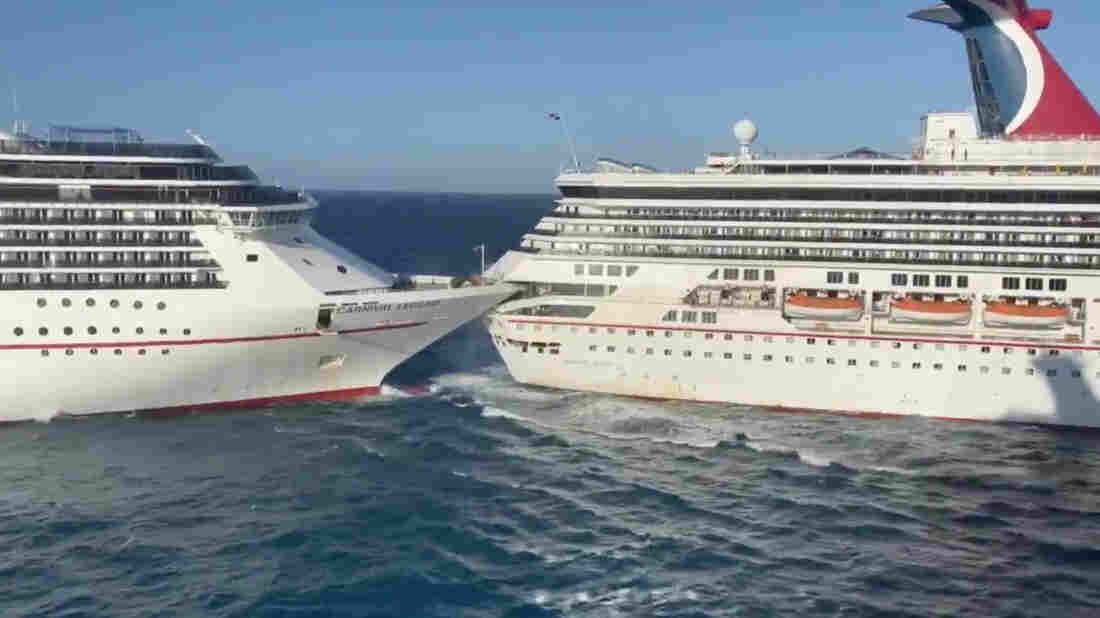 Carnival Glory (right) sheered off a chunk of its deck when it collided with Carnival Legend while trying to maneuver into port Friday morning in Cozumel, Mexico. Matthew Bruin via Reuters hide caption 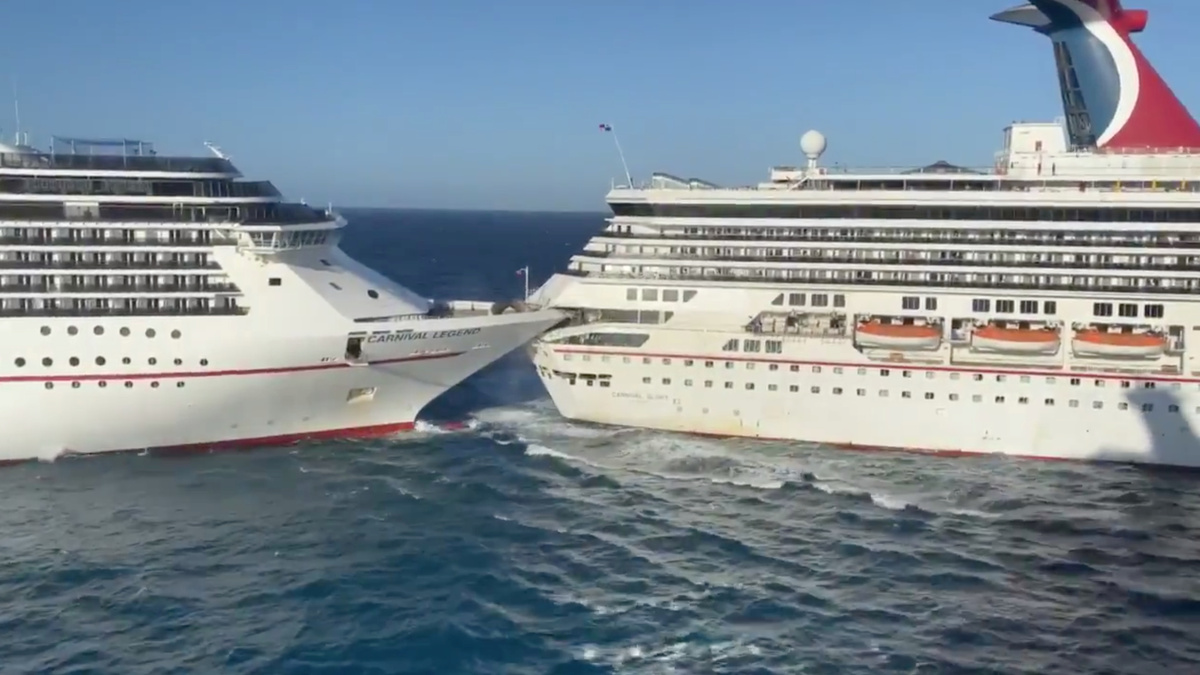 Carnival Glory (right) sheered off a chunk of its deck when it collided with Carnival Legend while trying to maneuver into port Friday morning in Cozumel, Mexico.

That, at least, is one lesson to be learned from an accident Friday at the port in Cozumel, Mexico, where one Carnival cruise ship ran into another while trying to dock. Carnival Glory, a 952-foot vessel, raked the bow of the 963-foot Carnival Legend, which had been stationary in port when its counterpart made crunching, cacophonous contact.

The Carnival Glory appeared to have sustained damage to its aft decks in the incident.

Be warned before listening, though: Folks on the video shout some graphic language that's far saltier than the clumsy pun that leads this story.

"We are assessing the damage but there are no issues that impact the seaworthiness of either ship," a Carnival spokesperson told NPR in an emailed statement, promising that passengers' itineraries will not be affected. "We have advised guests from both ships to enjoy their day ashore in Cozumel."

For all the spectacle of the moment, passengers themselves seemed relatively unfazed.

"All of a sudden we felt the ship rock to one side and then back into place," Legend passenger Jordan Moseley told Reuters. "A few minutes later, the cruise director announced that the Carnival Glory had crashed into our ship while docking due to the high winds and rough ocean conditions in Cozumel."

Here are some more angles on the big bump and its aftermath. With more salty language — for which, given the circumstances, you may wish to forgive the witnesses.

@CarnivalCruise #carnival #crash #cruise I have the only footage I know of, of the cruise ships crashing as it happened. Excuse the language, the loud explosion and the sudden realization of a ship inside of another ship was very startling lol. Carnival glory and carnival legend pic.twitter.com/PnhJwY0FGY