Accessibility links
Trump Agrees to Pelosi's Invite To Deliver State Of The Union On Feb. 4 The Feb. 4 speech could be awkward for the president if the Senate is still considering articles of impeachment in a trial at the same time. It's also one day after the Iowa caucuses. 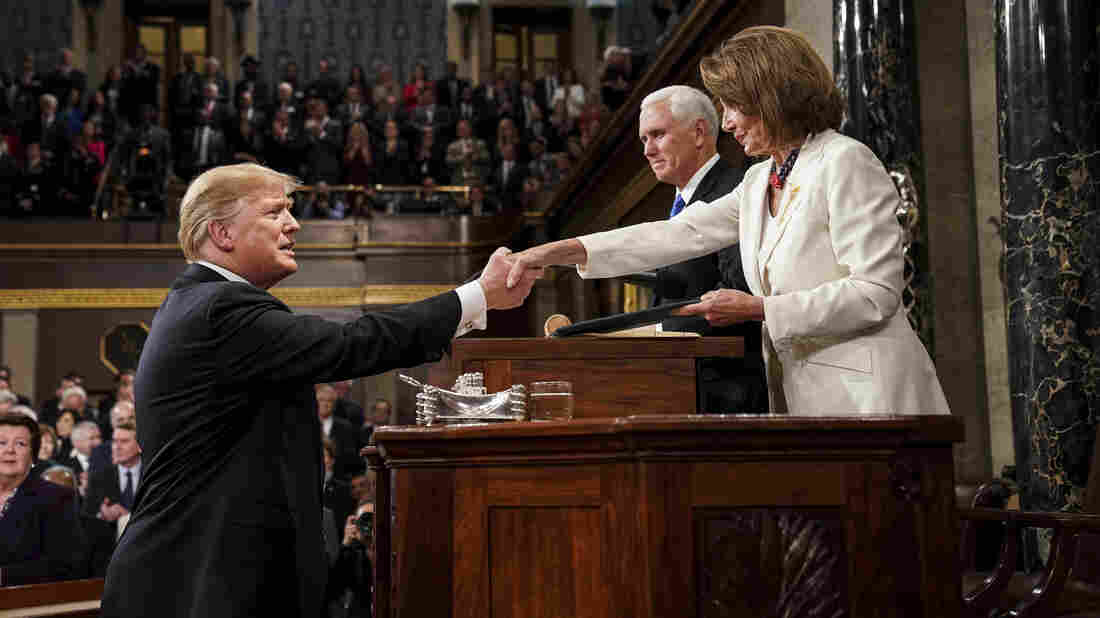 President Trump shakes hands with House Speaker Nancy Pelosi as Vice President Pence looks on in the House chamber before giving his State of the Union address to a joint session of Congress on Feb. 5, 2019. Doug Mills/AP hide caption 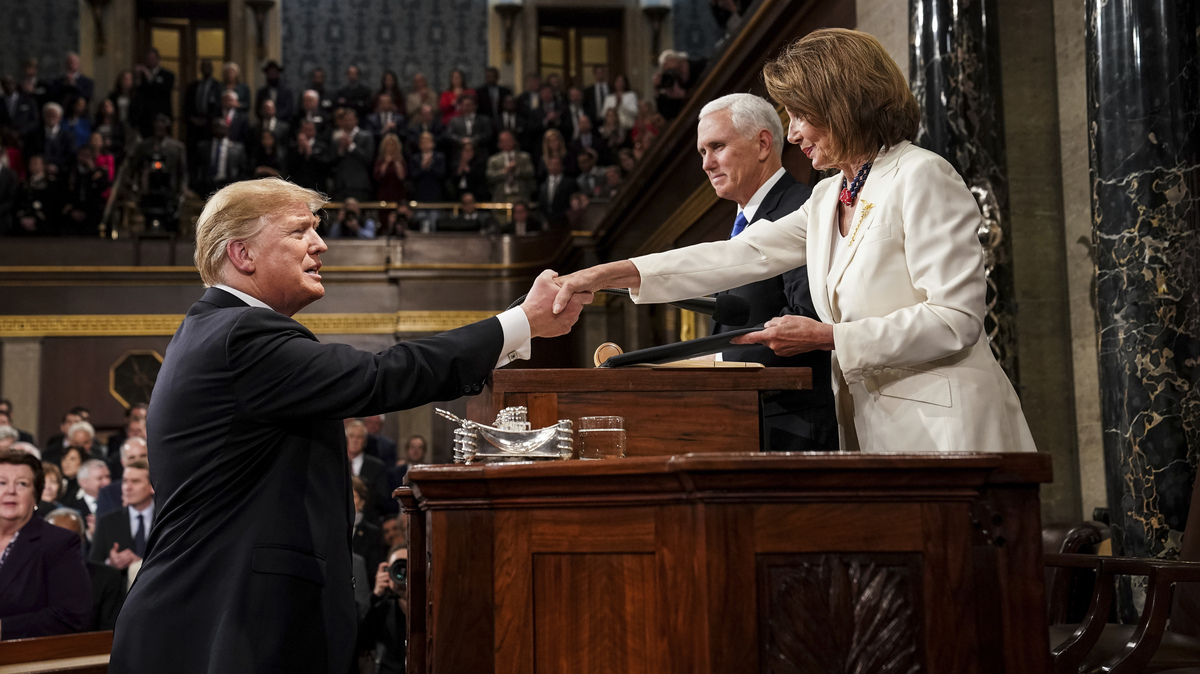 President Trump shakes hands with House Speaker Nancy Pelosi as Vice President Pence looks on in the House chamber before giving his State of the Union address to a joint session of Congress on Feb. 5, 2019.

House Speaker Nancy Pelosi has officially invited President Trump to deliver his annual State of the Union address on Feb. 4.

"In their great wisdom, our Founders crafted a Constitution based on a system of separation of powers: three co-equal branches acting as checks on each other. To ensure that balance of powers, the Constitution calls for the President to 'from time to time give to the Congress Information of the State of the Union,' " Pelosi writes.

The invitation comes just two days after that very system of checks and balances was in clear view, as Pelosi presided over the House vote to impeach Trump for abusing his power as president and for obstructing Congress.

NEWS: @SpeakerPelosi has invited President Trump to deliver the State of the Union address on Tuesday, February 4, 2020. https://t.co/y1mScQSuyg pic.twitter.com/graf3ayhHQ

The timing of the speech could be awkward if the Senate is conducting an impeachment trial to determine whether Trump should be removed from office or acquitted of the two charges from the House. Pelosi has not yet sent the House's indictments to the Senate to begin such a trial though. Senate Majority Leader Mitch McConnell, R-Ky., has said there is "no chance" the president will be found guilty, but he's still negotiating the parameters of a trial with Senate Minority Leader Chuck Schumer, D-N.Y.

Pelosi made no mention, however, of the discord between her and Trump in her invitation. The date of Trump's State of the Union earlier this year was marked by controversy too, after Pelosi rescinded her initial date because it fell during a 35-day government shutdown amid a push by Trump to secure funding for his border wall. The speech was later rescheduled after a compromise to reopen the government was reached.

The Tuesday speech would come just one day after the Iowa caucuses, the first step in Democratic voters picking a nominee to challenge Trump. There is also a Democratic primary debate in New Hampshire scheduled for that Friday.