Accessibility links
'Blue Christmas' Services Offer Alternative Refuge From Holiday Cheer Loss and pain are especially hard amidst the joy and tinsel of the holidays. A growing number of churches are offering "Blue Christmas" services to hold a space for often unwelcome feelings. 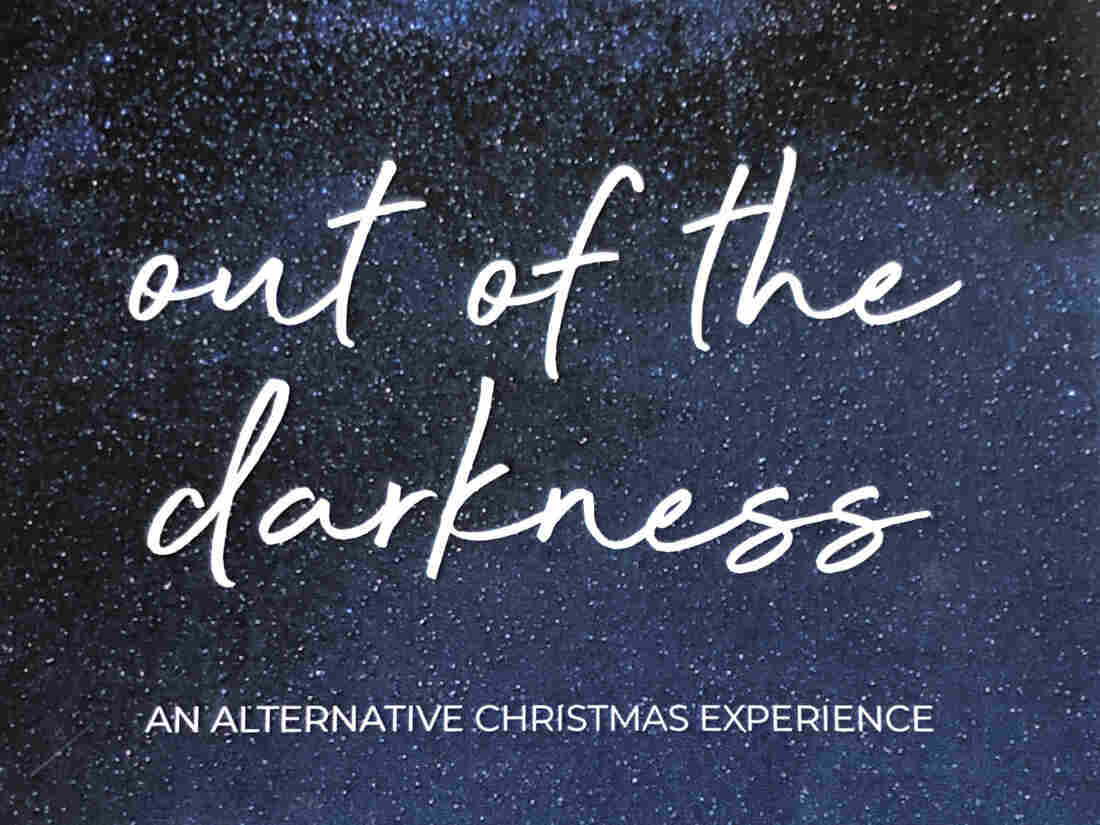 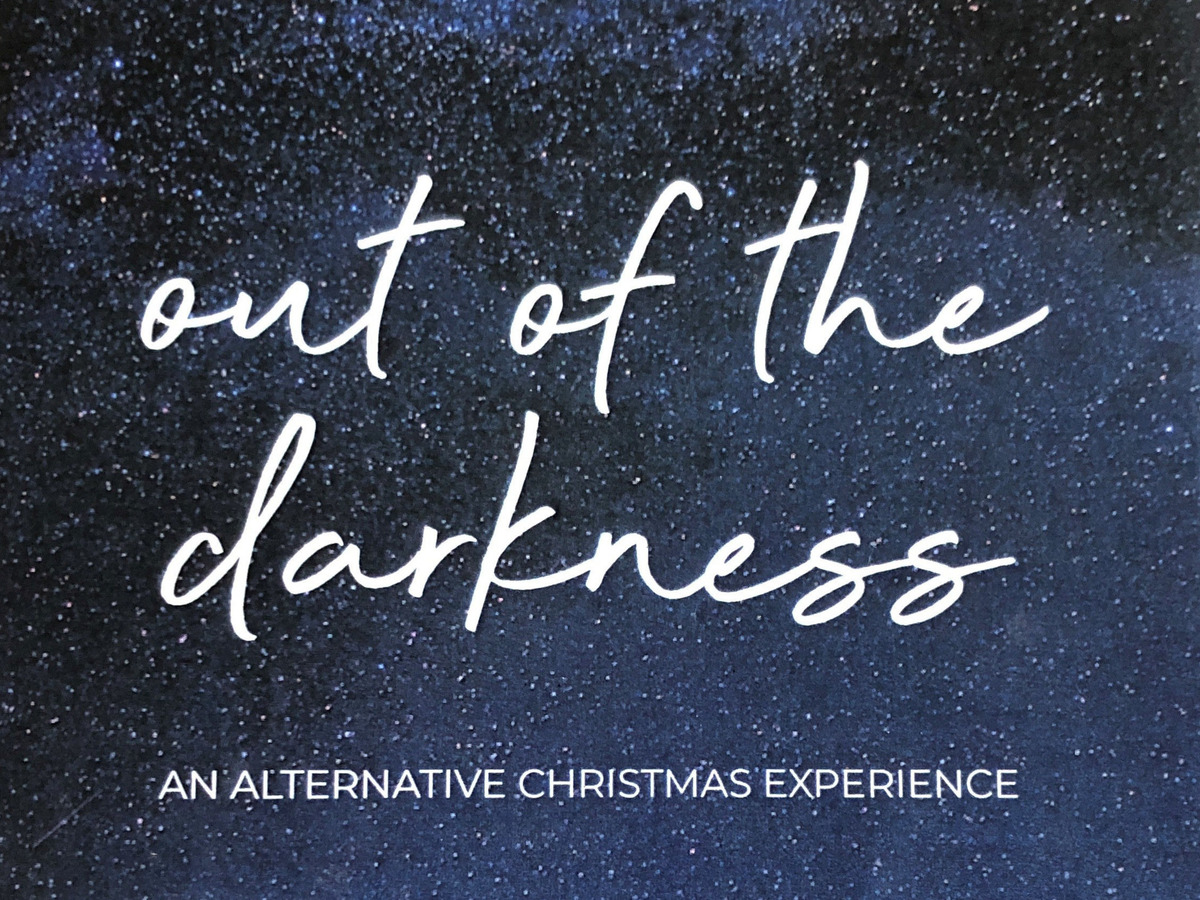 More and more congregations are making a space for sad feelings during the holidays. First Congregational United Church of Christ in Portland, Ore., held its Blue Christmas service earlier this month.

Dec. 21 is the winter solstice, the longest night of the year. And across the country, some churches are offering "Blue Christmas" services — setting aside the tinsel and other trappings for a night, to acknowledge the darkness in life.

Carolyn Nelson's husband died 15 years ago, and she misses him. Especially around the holidays.

Explaining The Celestial Logistics Of The Winter Solstice

Explaining The Celestial Logistics Of The Winter Solstice

"That's someone I celebrated with," Nelson explains. "And when that's gone — you feel lost. It can be a hard time for people."

And it's even harder when the world is full of songs and presents and family gatherings.

"Because you're supposed to be happy and joyful. And of course I do lots of fun things," Nelson acknowledges. "But there's just a little bit that's missing."

So six or seven years ago, Nelson started attending the Longest Night service at St. Barnabas Episcopal Church, in Portland, Ore. Also called Blue Christmas, these services are usually held on the solstice.

"I thought this would be really a nice way to remember him," says Nelson. "We light candles, talk a bit about what we've lost, or what experience has drawn us to that service. And also the hope of Advent."

Advent is the month-long season of expectation in most liturgical churches that leads up to Christmas.

The format of Blue Christmas services vary church to church. But the common theme is dropping the usual merry and bright, and recognizing the hard stuff. People offer prayers and light candles, and open up to the sadness they're carrying. About loss, relationships, addiction.

Pastor Christy Dirren at West Portland United Methodist Church is holding her fourteenth Longest Night service this year. When she was in eighth grade, she lost her father right before Christmas, and knows how difficult the holidays can be. And how important it is to come together.

"We acknowledge these things are tough," says Dirren. "But you're not going through it alone."

At her service, people write down things they're struggling with. And then everyone's invited to grab some of these notes — literally lifting someone else's burden — and hang them on the church garland.

"It's not putting our sorrow on display," Dirren explains. "It is inviting us to remember that it's all part of the experience."

At Portland's First Congregational United Church of Christ, Rev. Dr. Janet Parker welcomed a small group for a service in mid-December, which they called "Out of the Darkness."

In a very dark worship space, participants sang hymns, walked a labyrinth, journaled and prayed both alone and together. They also lit candles — some dedicating the candle's light to a particular missed or suffering person by saying their name aloud, others doing so silently.

For those who associate Christmas with carols and ornaments and cozy family gatherings, it can seem strange to focus on such darkness. But according to Ben Stewart, who teaches worship at the Lutheran School of Theology at Chicago, this darkness has always been part of the story.

"So there's this sense at Christmas that God's own self identifies with that sort of aloneness, and comes to be with people."

Stewart says that in the calendar of 2,000 years ago, Dec. 25 was the solstice — the actual Longest Night. Stewart says these are environmental realities — it's cold and dark. And theological realities — how to acknowledge the darkness and the fragile light.

"How do we hold together the kind of wonder at a little infant child, and still make sure that we're challenging the Herods of the world, who would oppress children?"

Stewart says all of us will be touched by darkness — if we're not living it right now. And if you look at the Christmas story, full of joyful promise, the darkness is there as well.

After The Loss Of A Loved One, Your Holiday Traditions Change But Hope Endures

Stewart points to the hymn Sweet Little Jesus Boy, popularized by Mahalia Jackson: "The world treats you mean, lord. Treats me mean, too. But that's how things are down here."

"At its deepest level, I think the Christmas gospels tell the story of God's entrance into this world from the underside," says Stewart. "And when all of us gather there together, and the marginalized are in the center — that's the promise of Christmas."

Stewart says that to realize this promise, Christians need liturgies and theologies deep enough to hold the darkness — the blues alongside the Christmas joy. But he says it's a deep, hopeful, midnight blue — one that has us looking toward the dawn.