Accessibility links
Chicago Mayor Calls Shooting That Injured 13 People An 'Act Of Cowardice' Chicago's mayor called the shootings "a terrible tragedy" and an "incredible act of cowardice." She urged witnesses to "overcome their fears and come forward with information" to help police. 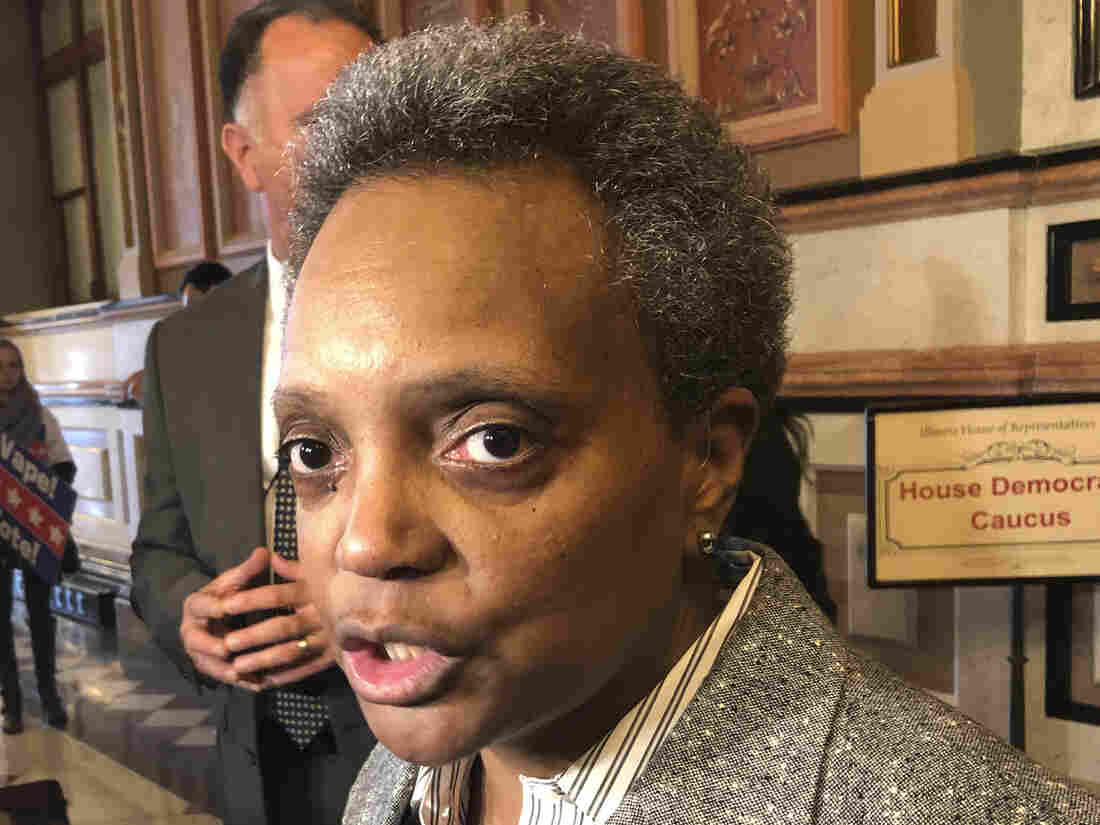 Chicago Mayor Lori Lightfoot is urging potential witnesses of the shooting to come forward and assist police with the investigation. "We can't normalize this kind of behavior," she said. John O'Connor/AP hide caption 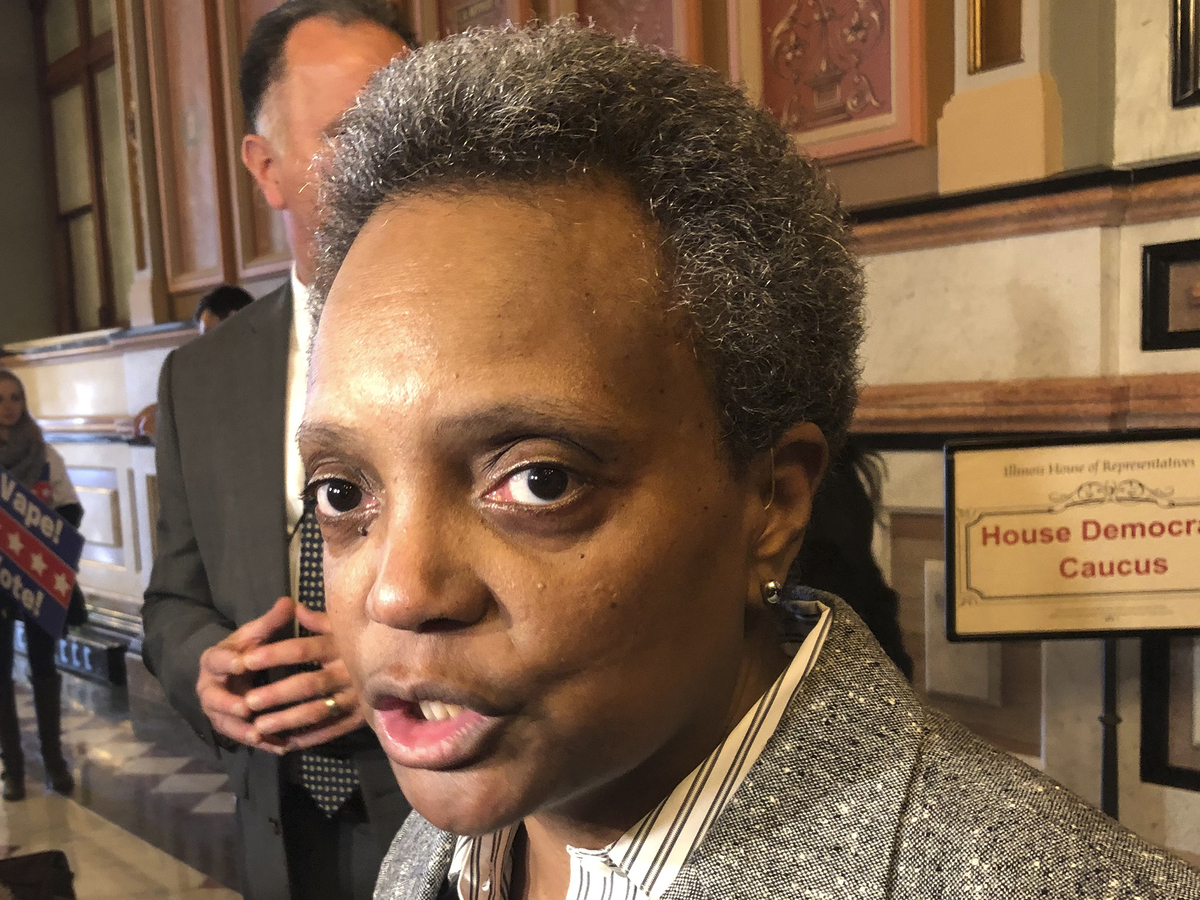 Chicago Mayor Lori Lightfoot is urging potential witnesses of the shooting to come forward and assist police with the investigation. "We can't normalize this kind of behavior," she said.

At least two people began shooting at a house party in Chicago in the early hours of Sunday morning, according to police, who say that 13 people were shot and being treated at area hospitals.

The Associated Press reports a 37-year-old man has been charged in connection with the shooting.

No one was killed, but several victims were in critical condition, according to police.

Authorities are still trying to determine a motive for the attack, which took place just after midnight at a home in Chicago's Englewood neighborhood. The shooting victims range in age from 16 to 48-years-old, police said.

Police said the shooting took place at a party honoring a man who was himself shot and killed in late April.

"It's a terrible tragedy and frankly and incredible act of cowardice," Chicago Mayor Lori Lightfoot told reporters at a press conference after visiting with victims at a local hospital.

"We can't normalize this kind of behavior," Lightfoot said, before urging those with information about the shooting to come forward and help police with the investigation.

"People in that house know what happened," Lightfoot said. "We urged them to overcome their fears and come forward with information so that police can do their job and track down those who are responsible."

Police described a "chaotic" scene that unfolded around 12:30 a.m. local time. The Chicago Tribune reports the party was in honor of the birthday of Lonell Irvin, a 22-year-old man who was killed in April when he tried to carjack a man.

Fred Waller, Chicago Police Department's Chief of Patrol, said at an early morning press conference the shooting took place at three "scenes" beginning inside a home in the 5700 block of South May Street, before flowing out to the into the neighborhood.

Officials promised a beefed up police in the area in the coming days.

Waller said he viewed video footage captured by a city police camera. It showed someone police believe to have exited the residence who began firing at people as they were trying to flee.

Waller said another person who left the home began firing on a vehicle driving down the street.

"We can't tell from inside who was firing. But from outside definitely it was two different shooters," Waller said. "It looks like they were just shooting randomly at people as they exited the party."

According to ABC 7 Chicago, it was a violent weekend in Chicago, with at least 34 shot, four fatally, in the city since Friday evening.

Despite the rash of weekend violence, police data show shootings and homicides in Chicago have dropped by double digits for two years in a row. The Chicago Tribune reports, those figures are on track to do so again this year.

A tally compiled by the paper shows 2,594 people have been shot in the city from the start of the year through Dec. 14.

An earlier headline implied that Lonell Irvin was the victim of gun violence. In fact, police determined that Irvin was shot by another person in self-defense.

Previously posted on Dec. 23: An earlier version of this story implied that Lonell Irvin was the victim of a carjacker. In fact, he was killed when he tried to carjack a man.