Accessibility links
North Korea Promises A Christmas Surprise. Here Are The Options With the holiday just days away and no sign of a diplomatic breakthrough in sight, here are what experts say are the possibilities for North Korea's "Christmas gift." 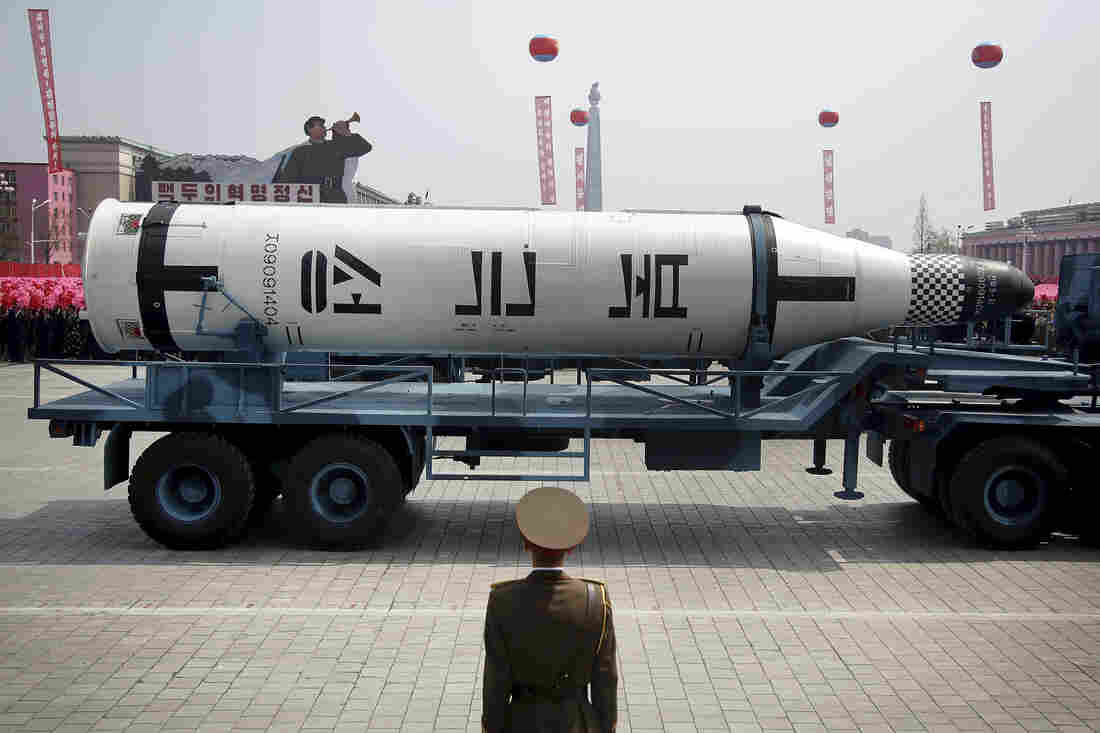 Experts worry that North Korea may be about to test an advanced solid-fuel missile. Wong Maye-E/AP hide caption 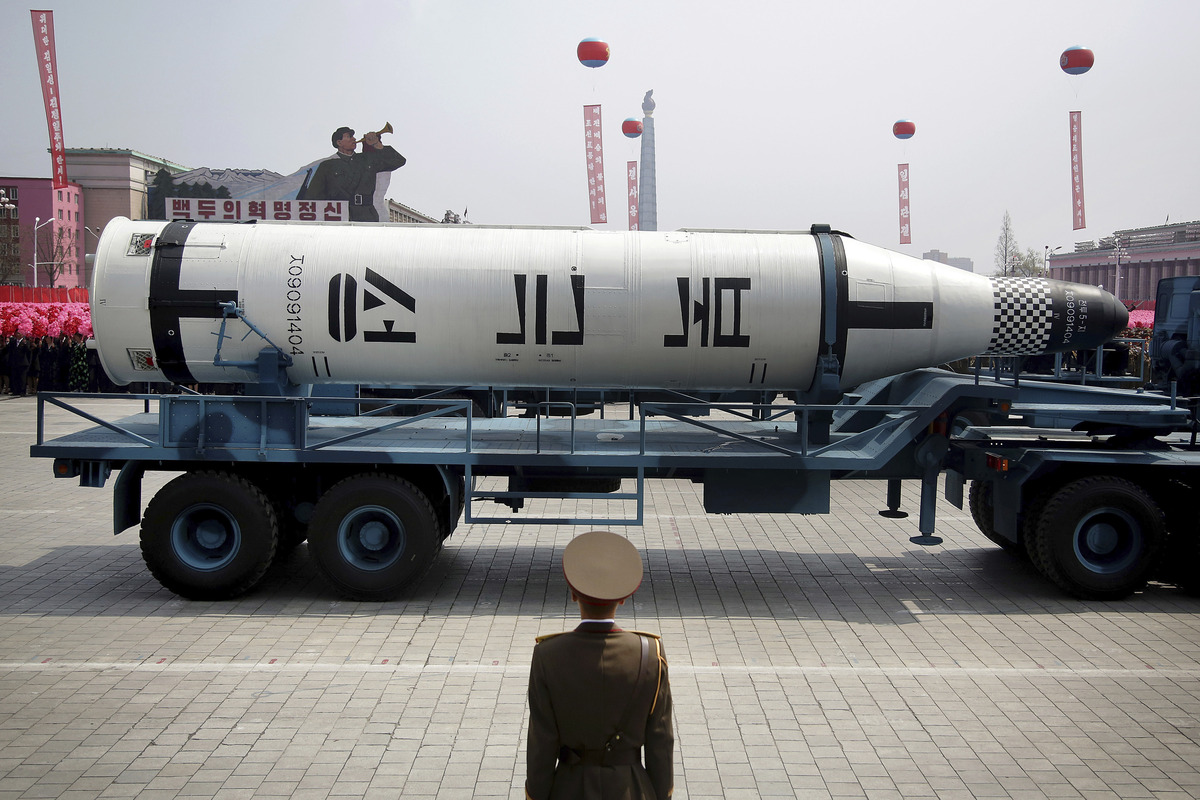 Experts worry that North Korea may be about to test an advanced solid-fuel missile.

North Korea doesn't really do Christmas cards, but if it did, its card would probably have a picture of the nation's leader, Kim Jong Un, riding a white horse through a snowy wilderness. In fact, North Korean state media released those exact images this month, and the message was clear: Kim, frustrated with how things were going, was pondering a new direction.

"The idea is that he was making this journey to commune with the universe in order to settle on his course," says Jeffrey Lewis, a professor at the Middlebury Institute of International Studies, who tracks North Korea.

Kim is tired of two years of failed diplomacy with the U.S. and South Korea. North Korea wants sanctions relief. But the U.S. has refused to budge unless the North gives up its entire nuclear arsenal — something it's not willing to do.

For a while, both sides ignored the gap to get good press and photo-ops, but that time may have passed. "They just aren't able to paper over those differences any longer," Lewis says.

Now North Korea's leadership is promising a "Christmas gift" for the Americans. Here are the options: 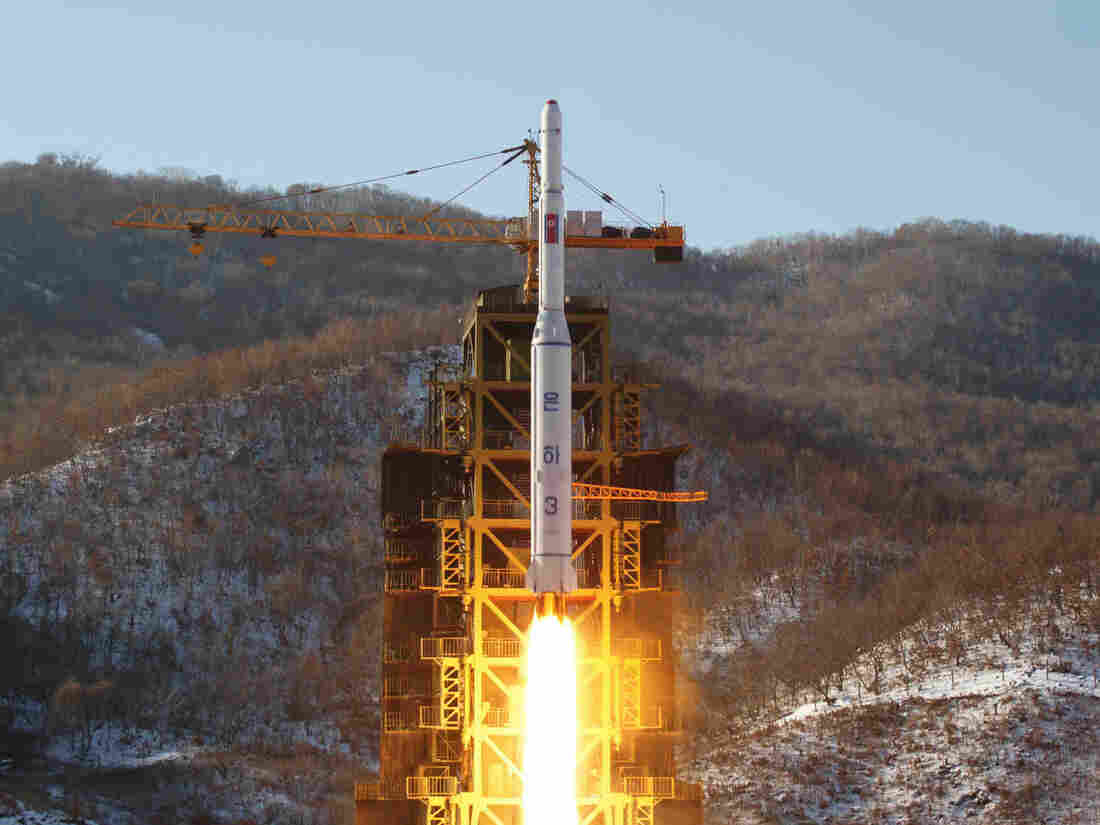 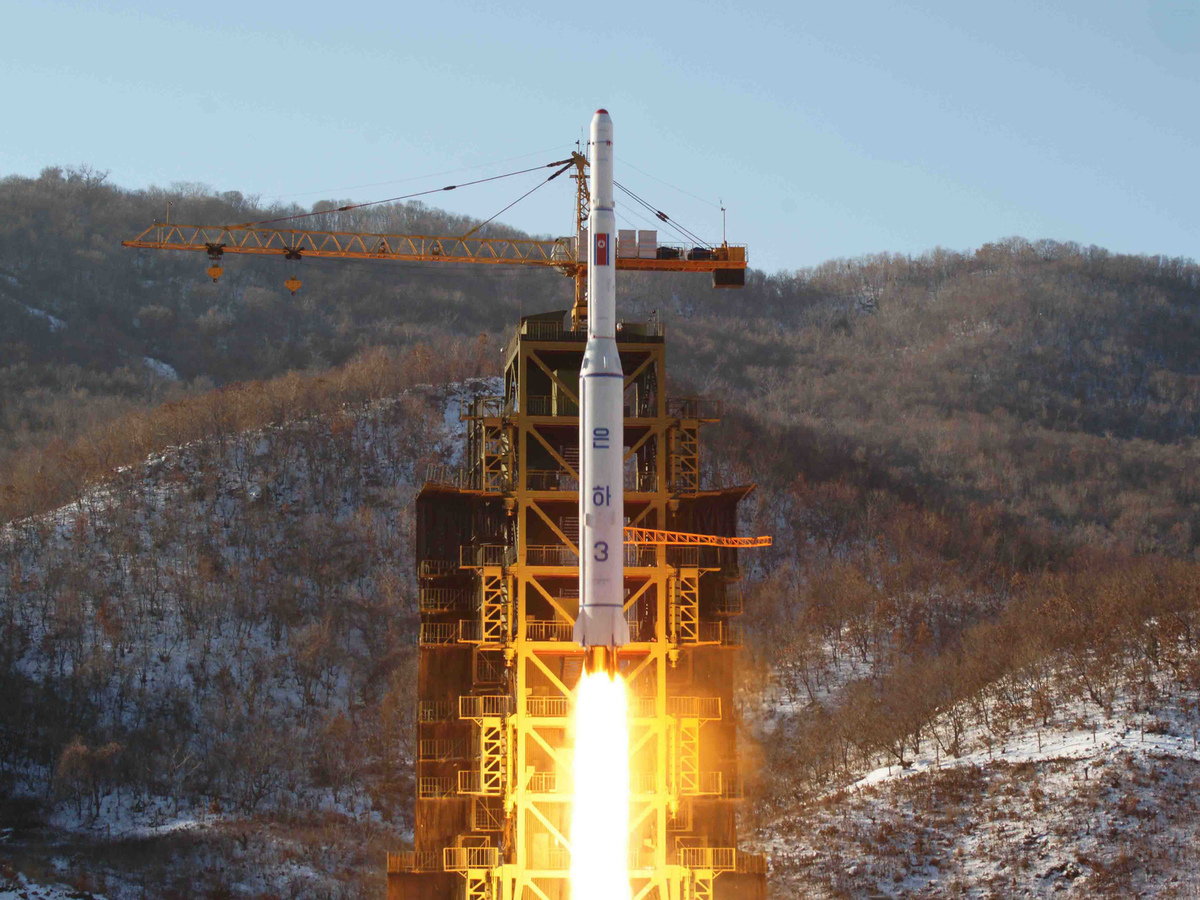 North Korea's Unha-3 rocket lifts off from the Sohae launchpad in 2012.

North Korea could launch a rocket with a satellite or other payload into space. Such a move would be seen as provocative by the U.S., but North Korea would be able to claim it was peaceful, according to Ankit Panda, author of the upcoming book Kim Jong Un and the Bomb. "It does create an interesting space for negotiation," Panda says.

However, little activity has been seen at North Korea's main space-launch site, according to a recent analysis of commercial satellite imagery by the website 38 North. Moreover, North Korea has, so far, not issued the standard warnings to aircraft and ships that often accompany such a launch. 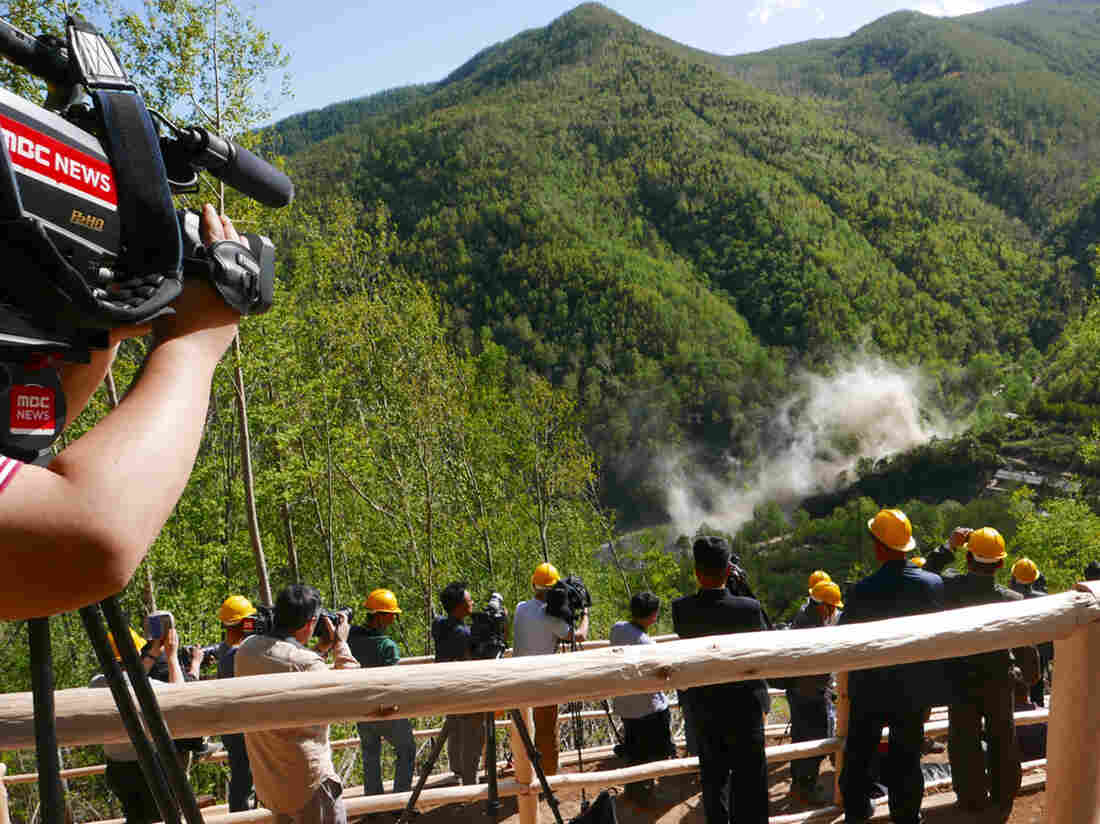 North Korea invited foreign press to watch as it demolished tunnel entrances to its nuclear test site at Punggye-ri in 2018. AP hide caption 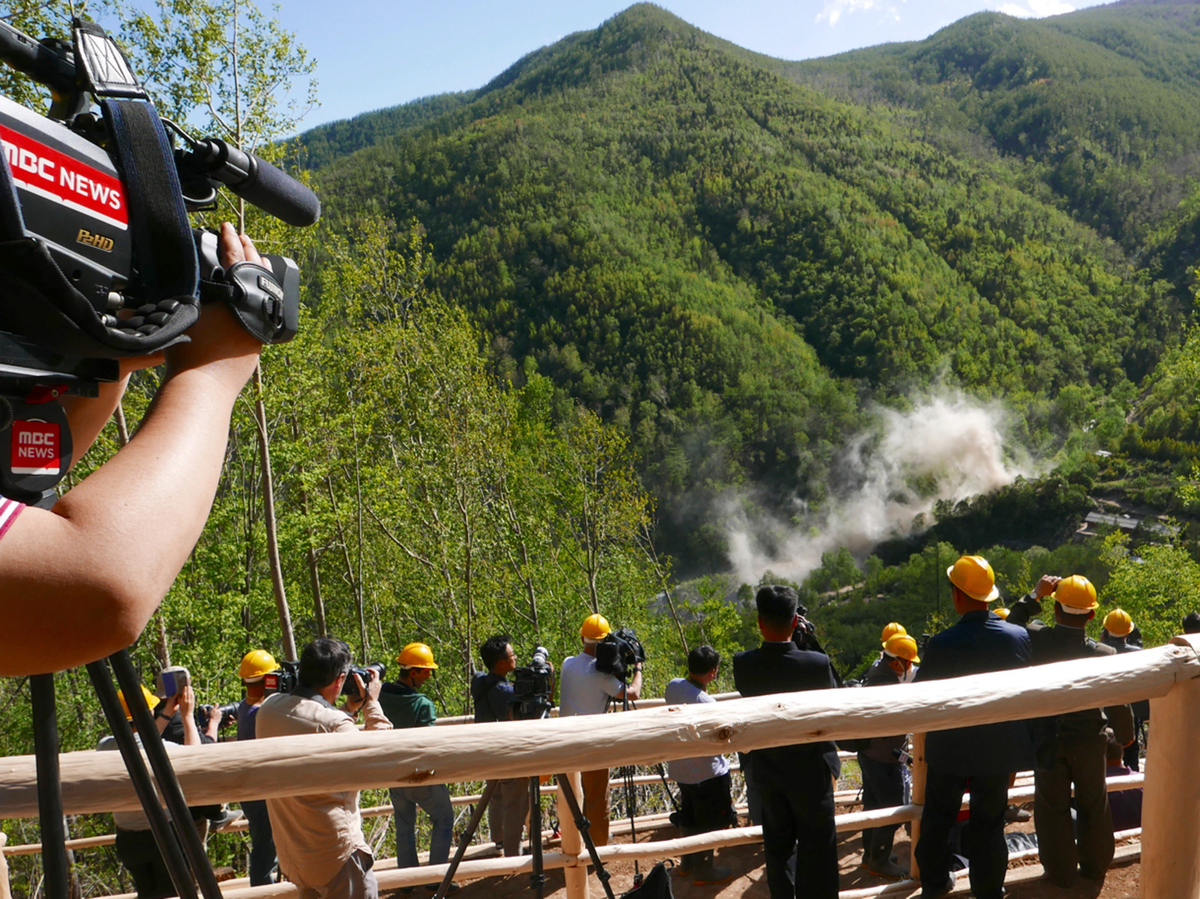 North Korea invited foreign press to watch as it demolished tunnel entrances to its nuclear test site at Punggye-ri in 2018.

North Korea's previous nuclear tests have been felt across the world, sending a powerful reminder of the North's nuclear prowess.

Its last test, in 2017, was a thermonuclear whopper. But the following year, North Korea demolished tunnel entrances at its underground test site at Punggye-ri.

Panda says there's no sign of activity at that site, and North Korea is under pressure from neighboring China not to conduct further nuclear tests. "That said, there is nothing stopping [Kim's government] from constituting another test site," he says. 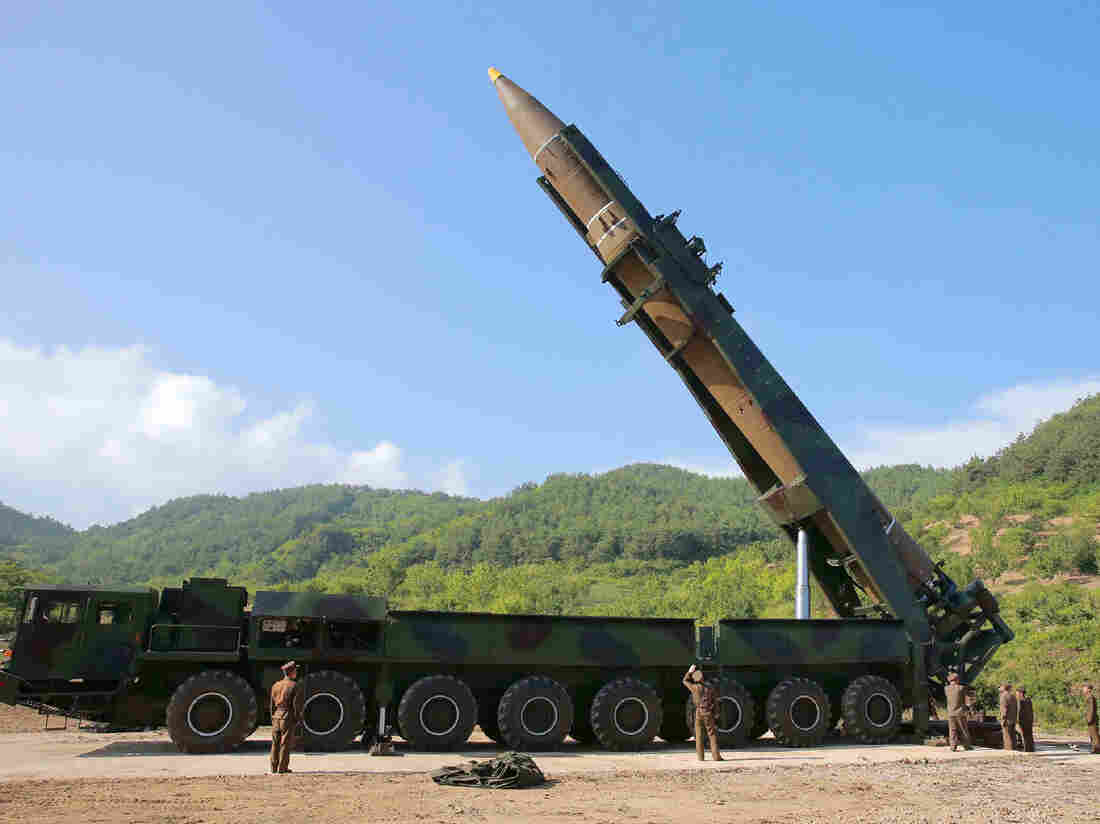 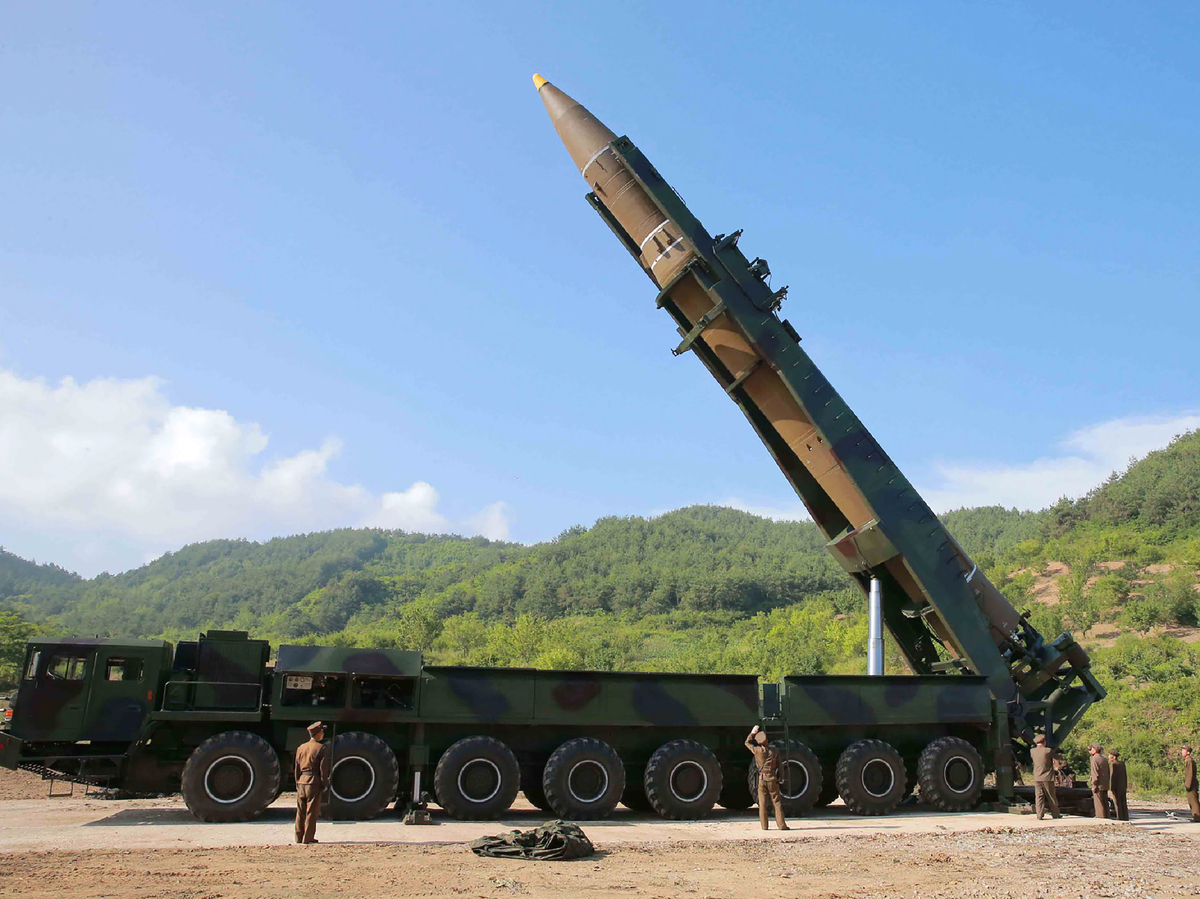 North Korea hasn't tested any missiles capable of reaching the U.S. since 2017.

Option three would be a test launch of an intercontinental ballistic missile or similar long-range weapon that could reach the U.S. or its territories. North Korea launched several such missiles in 2017.

"The safe bet is an improved version of one of the missiles that we've already seen," Lewis says. "But the thing that I worry about is a new, much-longer-range, solid-propellant missile."

That makes them harder to take out in a preemptive strike.

Panda says there's reason to worry, especially when looking at other shorter-range tests recently conducted by the North. "Every single missile they've tested in 2019 so far has been a solid-propellant missile," he says.

Lewis says a test of an intercontinental ballistic missile would burst the bubble and cause both sides to ramp up the rhetoric. "We're going to have this incredibly tense situation, and even if no one wants it to break out into a war, the chance that something might go wrong is very real," he says.

"We are not headed to a good place in 2020," agrees Panda. "The North Koreans and the Trump administration are putting in place the building blocks of a new crisis."