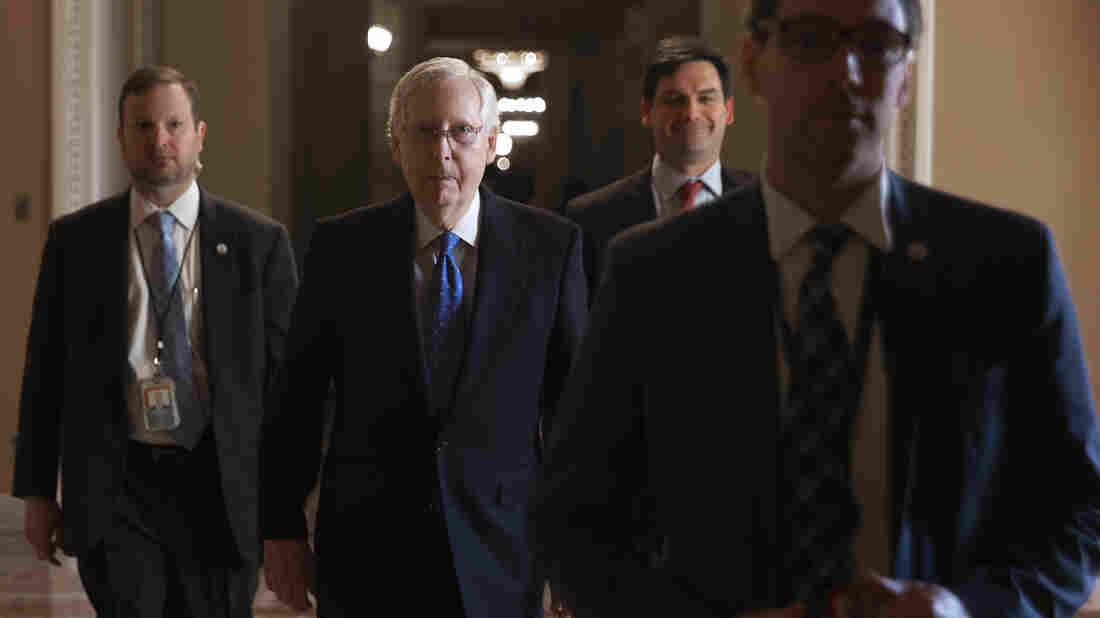 Senate Majority Leader Mitch McConnell laughed Monday when asked about Democrats' decision to delay sending articles of impeachment to his chamber. The tension comes amid debate over whether the trial will include witnesses. Chip Somodevilla/Getty Images hide caption 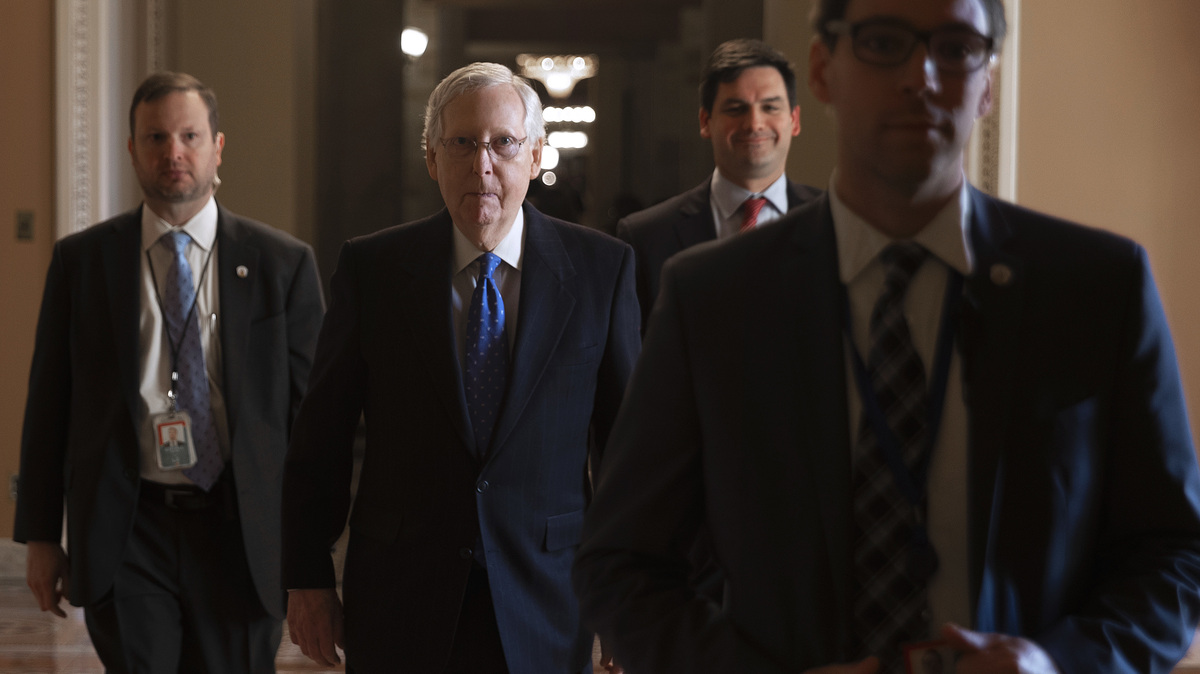 Senate Majority Leader Mitch McConnell laughed Monday when asked about Democrats' decision to delay sending articles of impeachment to his chamber. The tension comes amid debate over whether the trial will include witnesses.

Party leaders in Congress continued to spar Monday over details of an impending impeachment trial in the Senate, with newly released emails giving more ammunition to Democrats in their requests for new witnesses.

The emails, released late Friday to the Center for Public Integrity, are heavily redacted, but Democrats have jumped on one in particular to bolster their argument that there is more to know about the saga of President Trump withholding military aid to Ukraine in exchange for political investigations.

The message about the hold was from a senior official in the Office of Management and Budget, Michael Duffey, who sent it less than two hours after Trump got off the phone with Ukrainian President Volodymyr Zelenskiy on July 25 — and requested that the matter be kept quiet.

Duffey said the halt was "based on guidance I have received and in light of the Administration's plan to review assistance to Ukraine."

"Given the sensitive nature of the request, I appreciate your keeping that information closely held to those who need to know to execute the direction," Duffey wrote.

The newly released emails show government officials were grappling with issues raised because of the Trump administration's decision to withhold aid to Ukraine.

"There was huge anxiety inside the government that the aid-hold was not only unwise, but that it was illegal," the Center for Public Integrity's R. Jeffrey Smith said on NPR's Morning Edition.

A 1974 law compels the president or other government officials to spend money that has been appropriated by Congress.

Senate Minority Leader Chuck Schumer, D-N.Y., called the Duffey email "explosive" and held up a copy of it at a press conference on Sunday. He is trying to ratchet up pressure on Senate Majority Leader Mitch McConnell, R-Ky., to agree to call new witnesses when the trial begins in the Senate.

"What is a trial with no witnesses and no documents? It's a sham trial," Schumer said — a sign that Democrats are already laying the groundwork to question the legitimacy of the Senate trial.

"Until we hear from the witnesses, until we get the documents, the American people will correctly assume that those blocking their testimony were aiding and abetting a cover-up," Schumer said. "Plain and simple."

The Senate trial can't begin until the House has transferred the articles of impeachment and named impeachment managers, and House Speaker Nancy Pelosi, D-Calif., says she is putting that off until she has more details about what a Senate trial will look like.

The Republican-controlled Senate is expected to have sufficient votes to acquit the president, leaving Democrats using their ability to stall the transfer as leverage.

McConnell laughed when he was asked about Pelosi's strategy on Fox News Monday morning. "She's apparently trying to tell us how to run the trial," McConnell said.

McConnell has not completely ruled out calling new witnesses in the Senate trial, but he has alluded to the fact that he does not consider himself an impartial juror and said earlier this month there is "no chance" Trump will be removed from office by his chamber.

He made it clear last week that he feels that if Democrats wanted further investigation, or if they wanted to compel further documents and testimony, they should not have already held an impeachment vote in the House.