Accessibility links
Ram Dass, Spiritual Teacher And Psychedelics Pioneer, Dies At 88 His name meant "servant of God," a title given to him by a Hindu mystic he met in India in the '60s. Ram Dass wrote books popularizing New Age thinking and toured the U.S. lecturing about mindfulness. 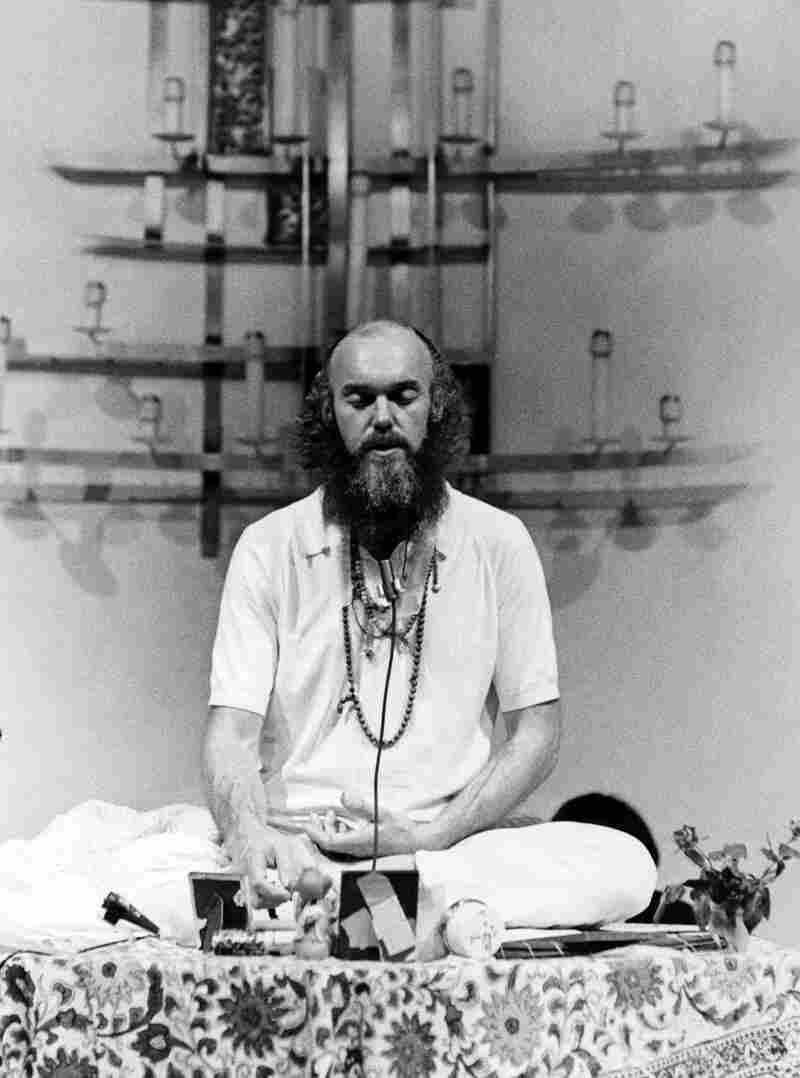 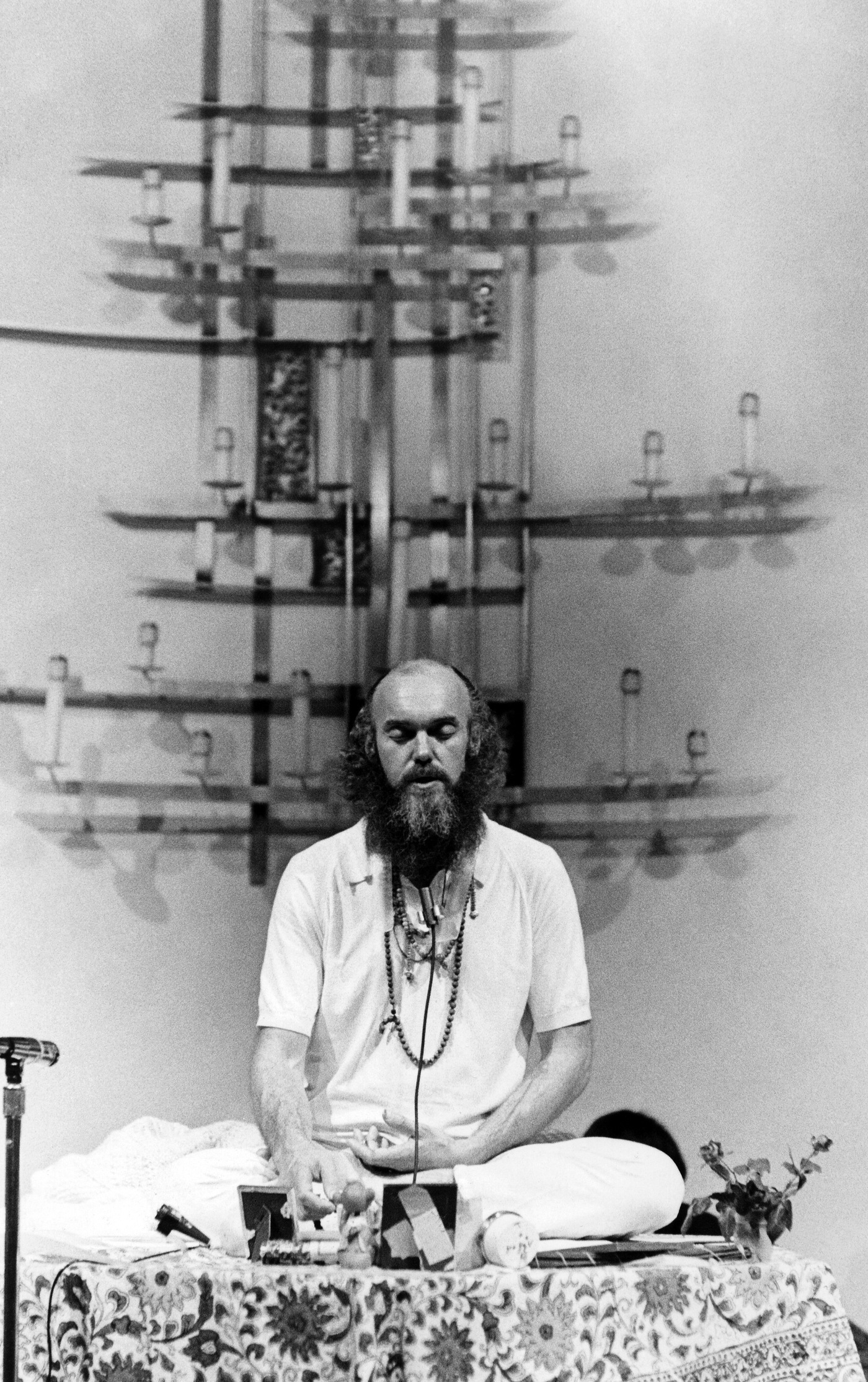 Ram Dass meditates at the First Unitarian Church in San Francisco in January 1970.

The spiritual leader and author Ram Dass has died at the age of 88. He was an icon of the psychedelic drug movement of the '60s and '70s, as well as a champion of a mindful philosophy.

Ram Dass was born Richard Alpert to a Jewish family in Boston. His landmark 1971 book, Be Here Now, opens with his origin story: He was a successful, if anxious, professor in Harvard's psychology department. Feeling a certain malaise about his middle-class existence, he began experimenting with psychedelic drugs with his colleague Timothy Leary.

"A deep calm pervaded my being," Ram Dass wrote. "Then I saw a figure standing about 8 feet away, where a moment before there had been none. I peered into the semi-darkness and recognized none other than myself, in cap and gown and hood, as a professor. It was as if that part of me, which was Harvard professor, had separated or disassociated itself from me."

He and Leary started studying LSD and its effects — research that garnered them a reputation and a large following. It also led to them getting fired.

Alpert and Leary continued their research at a mansion in Millbrook, N.Y., where the two solidified themselves as counterculture icons until the pair had a falling out. 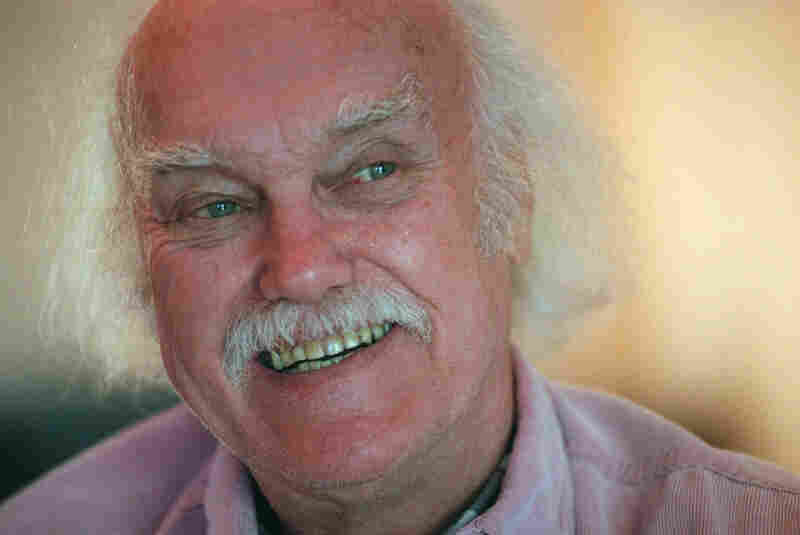 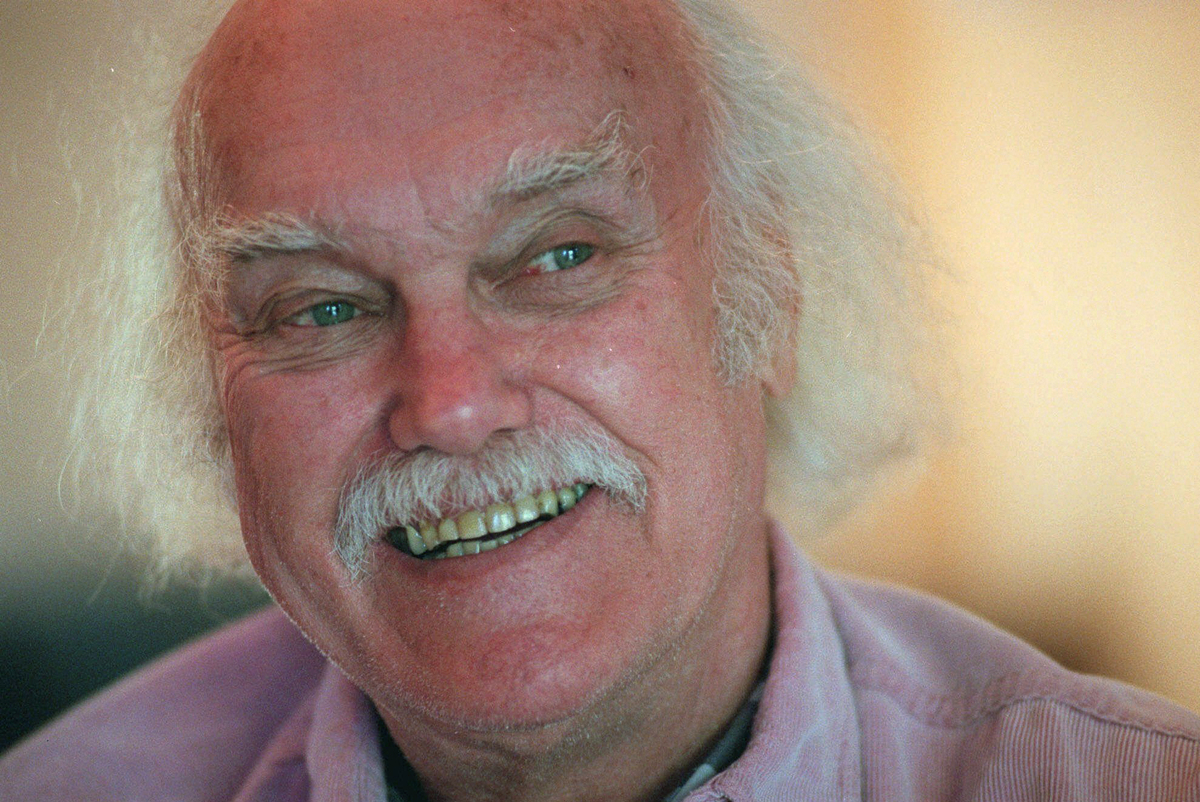 Ram Dass smiles during an interview at his San Anselmo, Calif., home in 1998.

Alpert then traveled to India in 1967 and met a Hindu mystic named Neem Karoli Baba, who gave him the name Ram Dass — meaning "servant of God."

Ram Dass returned to the United States dressed in white robes and sporting a long beard. He toured the country lecturing about mindfulness and spirituality. He wrote books that helped popularize New Age thinking. He also started foundations and charities that helped incarcerated people, blind people and, especially, the dying. He helped create The Living/Dying Project, which was devoted to helping people die consciously.

As his stature grew, he became increasingly uncomfortable as the object of a cult of personality. He told WHYY's Fresh Air in 1990 that his aesthetics — the beard and beads and robes — made it difficult for people to connect to him. So he ditched them.

"It turns off a lot of people that could be people with whom I could share a shared awareness or awakening, or our social concerns or our ecological concerns," Ram Dass said. "I think it also made people put you into a category immediately which then they had a set of responses or reaction to your category. And I think being more ambiguous is more interesting in terms of giving people a chance."

In 1997, Ram Dass suffered a stroke that left him partially paralyzed. Speaking became difficult for him. In the 2018 Netflix documentary Ram Dass, Going Home, he detailed learning how to become dependent on others.

Ram Dass continued teaching throughout his life, inviting people to Maui to hear him speak and promoting his message of unconditional love online through podcasts and YouTube videos.