Accessibility links
Trump Tweets More, Speaks Longer Since Impeachment Vote President Trump was impeached by the House, and he's not changing his tone. If anything, he's going all in on Trumpism, one tweet at a time. 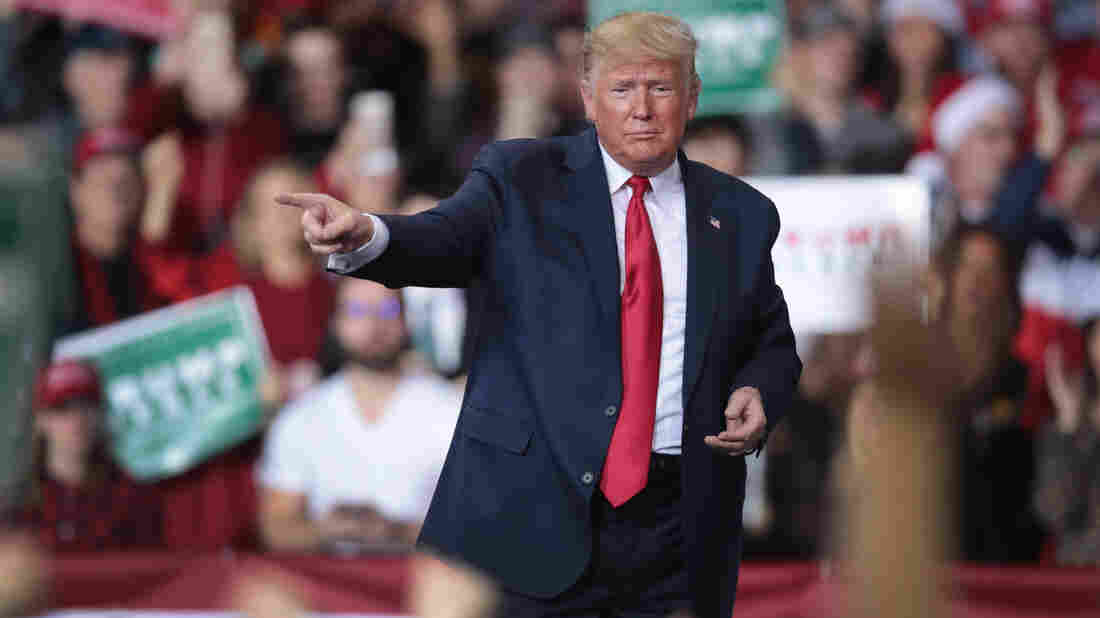 President Trump is leaning in, attacking political opponents in deeply personal terms and setting records for rally length and the sheer volume of his tweets. Scott Olson/Getty Images hide caption 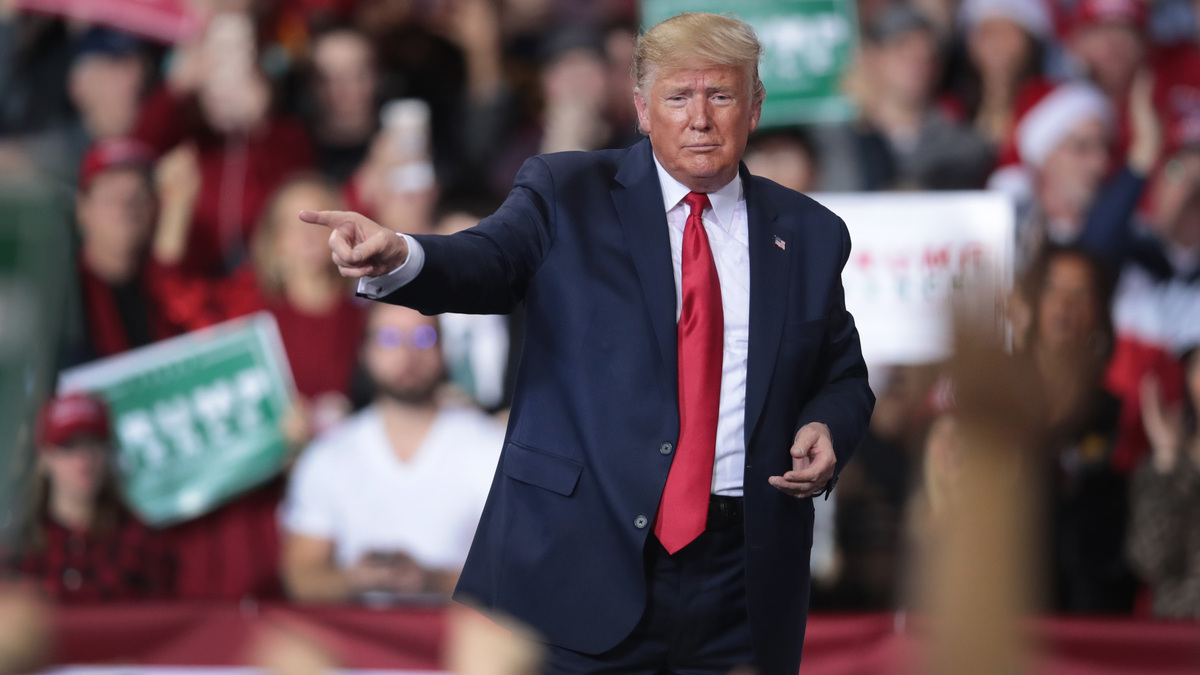 President Trump is leaning in, attacking political opponents in deeply personal terms and setting records for rally length and the sheer volume of his tweets.

Impeachment is the ultimate form of censure, a permanent mark on a president. But there's little indication that President Trump has been chastened by last week's impeachment vote. In fact, it's quite the opposite. Trump is leaning in, attacking political opponents in deeply personal terms and setting records for rally length and the sheer volume of his tweets.

"I think it's the new 'not normal' that we're in right now," said Doug Heye, a former House Republican leadership aide.

The White House has cast the impeachment vote as a politically motivated strategy and has maintained that Trump did nothing wrong in his interactions with Ukraine's president.

Trump has tried to project a certain nonchalance about it all. "It doesn't feel like impeachment," he told reporters last week in the Oval Office.

But his tweets tell a different story. Trump has always tweeted a lot, and the tweets ramped up in the fall. But in the past two weeks, he blasted out more Twitter messages than any other time in his presidency. There were 298 tweets and retweets in the week ending Dec. 22 — and 416 tweets and retweets the week before. Most of them concerned impeachment.

That works out to an average of more than 50 tweets a day in the weeks that included the House Judiciary Committee approving articles of impeachment and the full House of Representatives voting to impeach Trump.

And then there was his speech in Battle Creek, Mich., the night he was impeached. At 2 hours and 1 minute, it was the longest rally speech of his presidency.

"Crazy Nancy Pelosi's House Democrats have branded themselves with an eternal mark of shame," Trump said that night, drawing boos from his crowd. "It's a disgrace."

During the speech, Trump told a story about Michigan Democratic Rep. Debbie Dingell calling to thank him for lowering flags to half-staff after her husband, former congressman John Dingell, died earlier this year.

She had told Trump her late husband was looking down and would be so thrilled, Trump recounted. Then he joked to the crowd: "Maybe he's looking up, I don't know."

The insinuation that the beloved former congressman might be in hell prompted groans from some in the crowd. What did Dingell to do deserve this "counter punch," as the White House called it? His widow had voted to impeach Trump.

"I look at her and she's so sincere, and what happens?" Trump said, again imitating her voice: " 'I vote to impeach Trump.' " 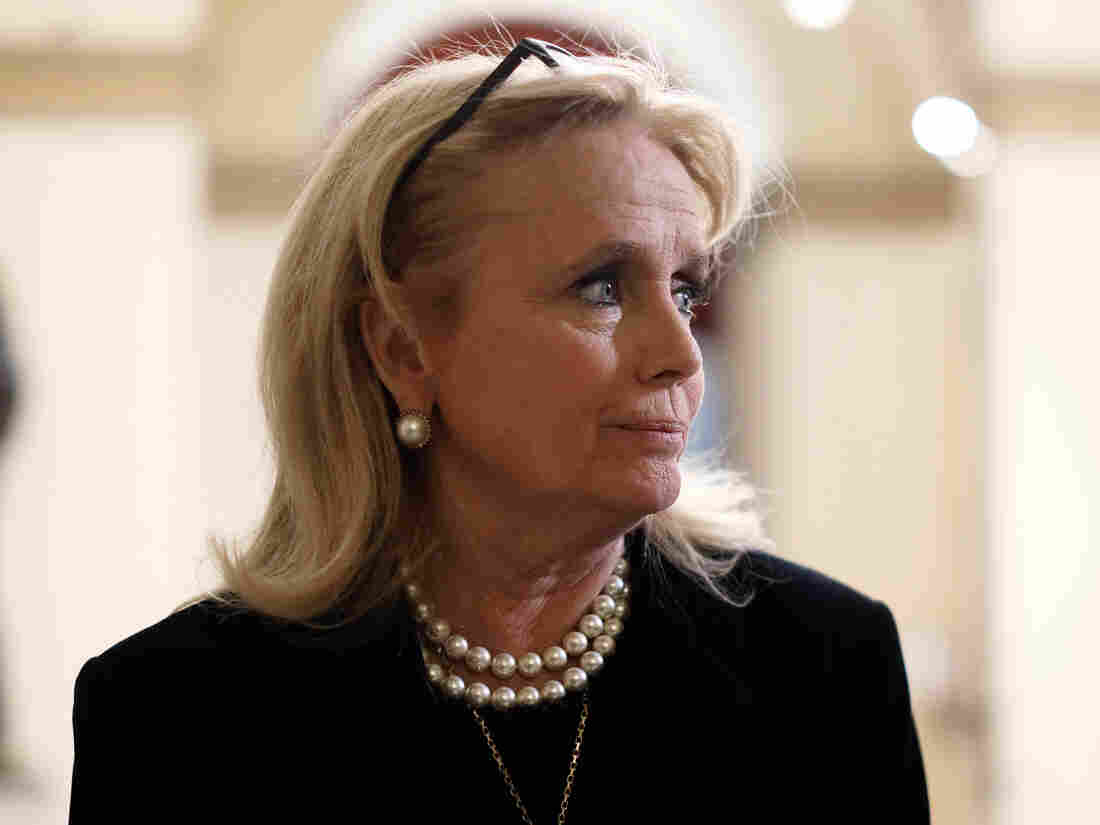 Rep. Debbie Dingell was the target of a barb from Trump about her late husband that most politicians would have seen as off-limits. Alex Wong/Getty Images hide caption 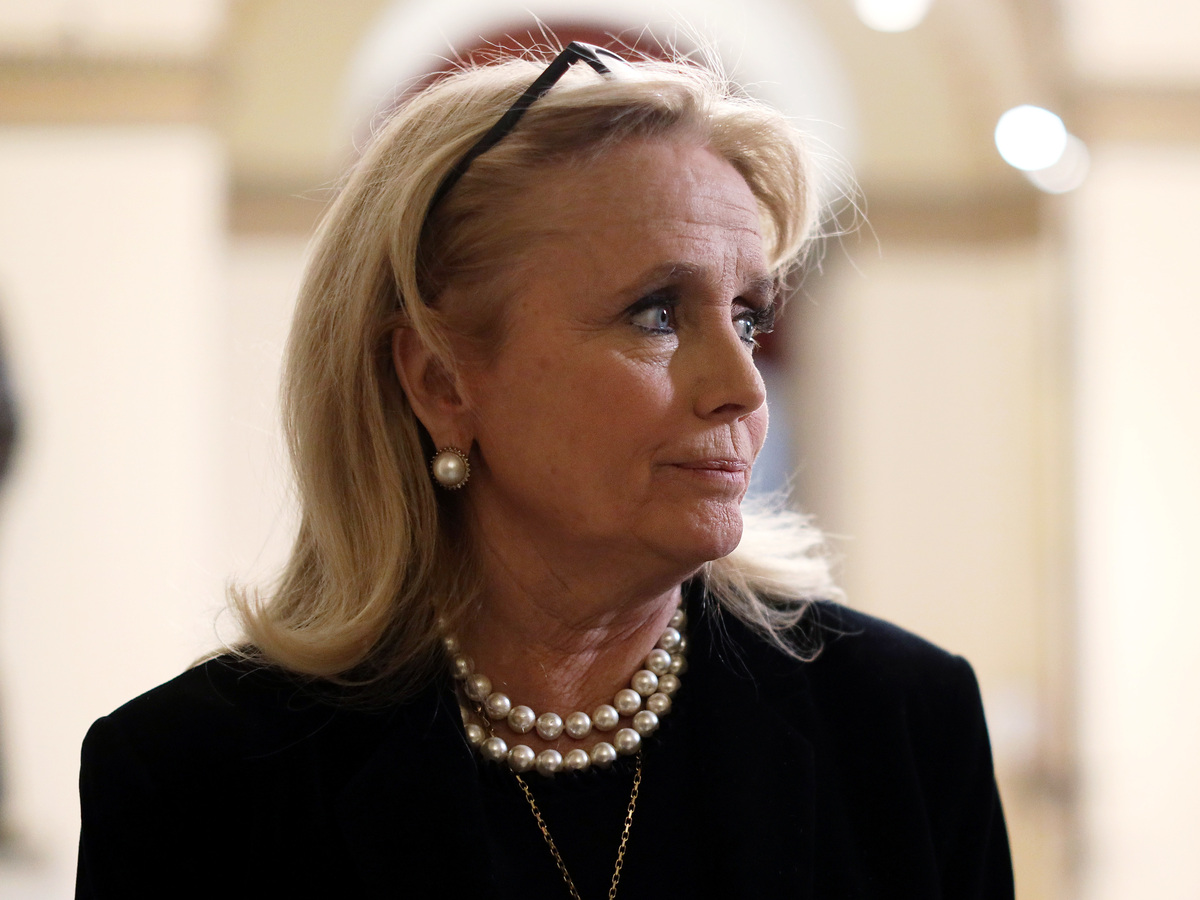 Rep. Debbie Dingell was the target of a barb from Trump about her late husband that most politicians would have seen as off-limits.

Trump hasn't apologized. And he almost never does. This is far from the first time Trump has disparaged someone in a way other politicians would consider off-limits. Heye says it goes back to the last campaign, when Trump said Republican Sen. John McCain, who has since died, wasn't a war hero because he had been a prisoner of war in Vietnam.

"And when Trump was able to go there and not be penalized for it, he learned — I think, very quickly — that he can do whatever he wants," Heye said.

Trump's post-impeachment defiance stands in stark contrast to former President Bill Clinton's conciliatory tone after his own impeachment 21 years ago. The day the House of Representatives voted to impeach him, Clinton also held a rally of sorts. He spoke in the White House Rose Garden with Democratic members of Congress standing behind him in a show of unity.

"I ask the American people to move with me," Clinton said in a subdued speech. "To go on from here, to rise above the rancor, to overcome the pain and division, to be a repairer of the breach, all of us."

Trump and Clinton are obviously different presidents, accused of very different misdeeds, though forever linked in history as presidents who were impeached. Trump's strategy for survival has, from the start, been about maintaining total Republican fidelity, which means firing up the base and not bothering with trying to bring people together or heal wounds.

"And so rather than run away from it and have himself curled up in the fetal position and try to ignore it much in the way that Bill Clinton did, President Trump has run toward it and attacked it directly," said Jason Miller, who was the senior communications adviser on Trump's 2016 campaign and now co-hosts the Impeachment War Room podcast.

Assuming a Senate trial goes forward in the new year, Trump is expected to be acquitted, just as Clinton was. Heye keeps thinking about a Saturday Night Live skit from the weekend after Clinton's acquittal. Darrell Hammond, as Clinton, came out to the Rose Garden, stepped up to the podium and declared with a chuckle: "I am bulletproof. Next time you best bring kryptonite."

"If Donald Trump is acquitted this won't just be an acquittal, this will be the greatest exoneration in our nation's history," Heye said, using Trump-style hyperbole. "We saw how he reacted to the Mueller report. He's going to do that times 10."

In the days immediately following the impeachment vote, the Trump campaign and Republican Party reported raising a combined $10 million. Trump's push to fight back was rewarded.