Accessibility links
Trump Downplays Threat From North Korea Sending 'Christmas Present' North Korea has threatened to send a "Christmas present" for the United States if sanctions aren't eased by the end of the year. Trump says he isn't worried about it. 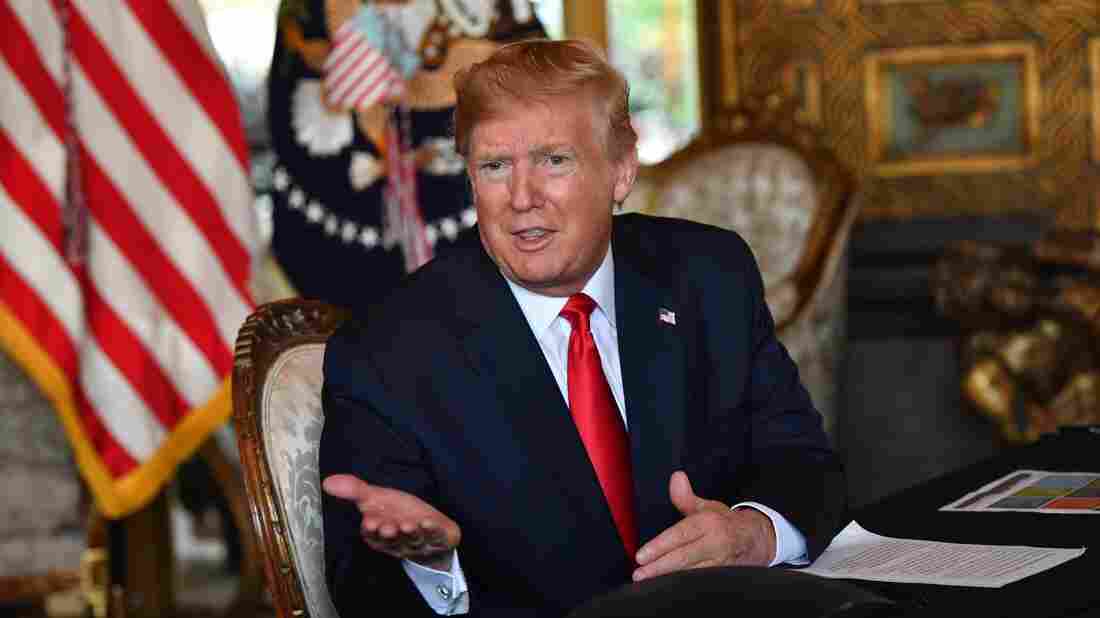 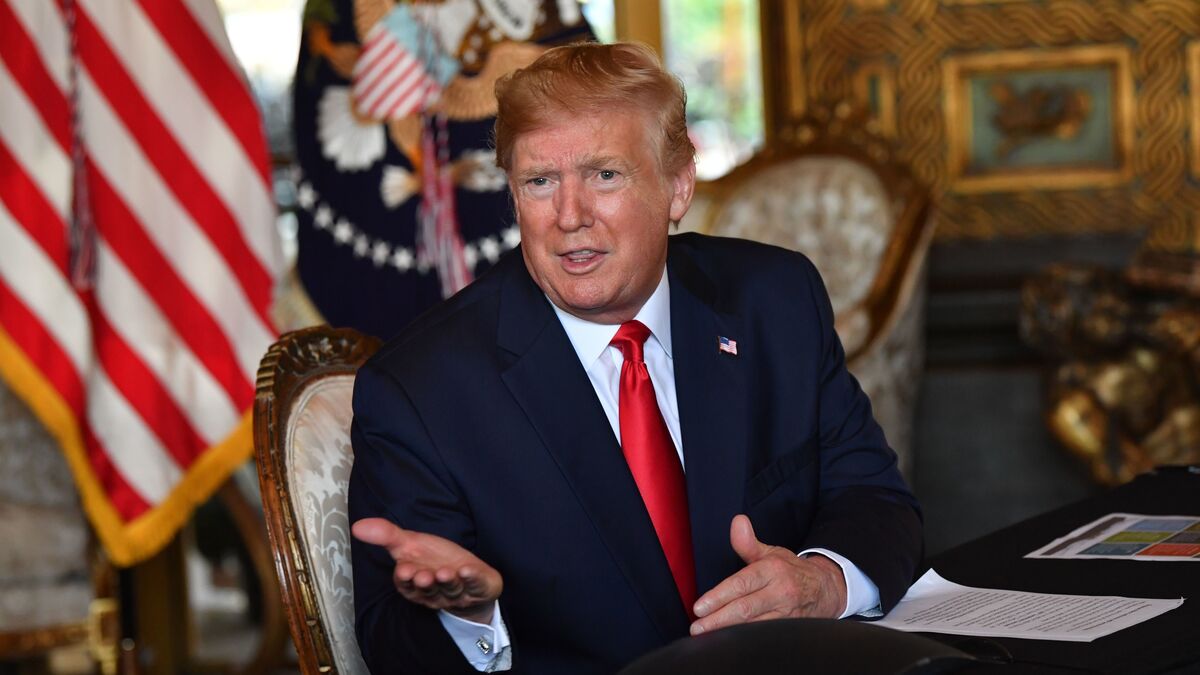 President Trump did not seem concerned Tuesday when asked about the threat of a "Christmas present" from North Korea if the U.S. doesn't roll back economic sanctions on the country by the end of the year.

"Maybe it's a nice present," Trump told reporters at an event at his Mar-a-Lago resort in Florida. "Maybe it's a present where he sends me a beautiful vase, as opposed to a missile test."

Pyongyang imposed an end-of-year deadline for concessions from the U.S. earlier this month, but the Trump administration has given no sign that it plans to give in to the pressure campaign. The U.S. wants North Korea to give up its entire nuclear arsenal before removing the sanctions.

It's unclear exactly what the "Christmas gift" is that North Korea is threatening, but NPR's Geoff Brumfiel laid out a few of the options on Monday, including launching a rocket with a payload into space, conducting an underground nuclear test, or testing a long-range missile capable of reaching the United States or its territories.

On Tuesday, Trump did not elaborate on how the U.S. would respond if North Korea were to conduct another missile test.