Accessibility links
To Make Girl Who Is Deaf Feel At Home, Dozens Of Neighbors Learn Sign Language "We really wanted to communicate with her and play with her," says Jill McNeil, who lives across the street. "Since she couldn't learn our language, we thought we wanted to learn hers."

To Make Girl Who Is Deaf Feel At Home, Dozens Of Neighbors Learn Sign Language

To Make Girl Who Is Deaf Feel At Home, Dozens Of Neighbors Learn Sign Language 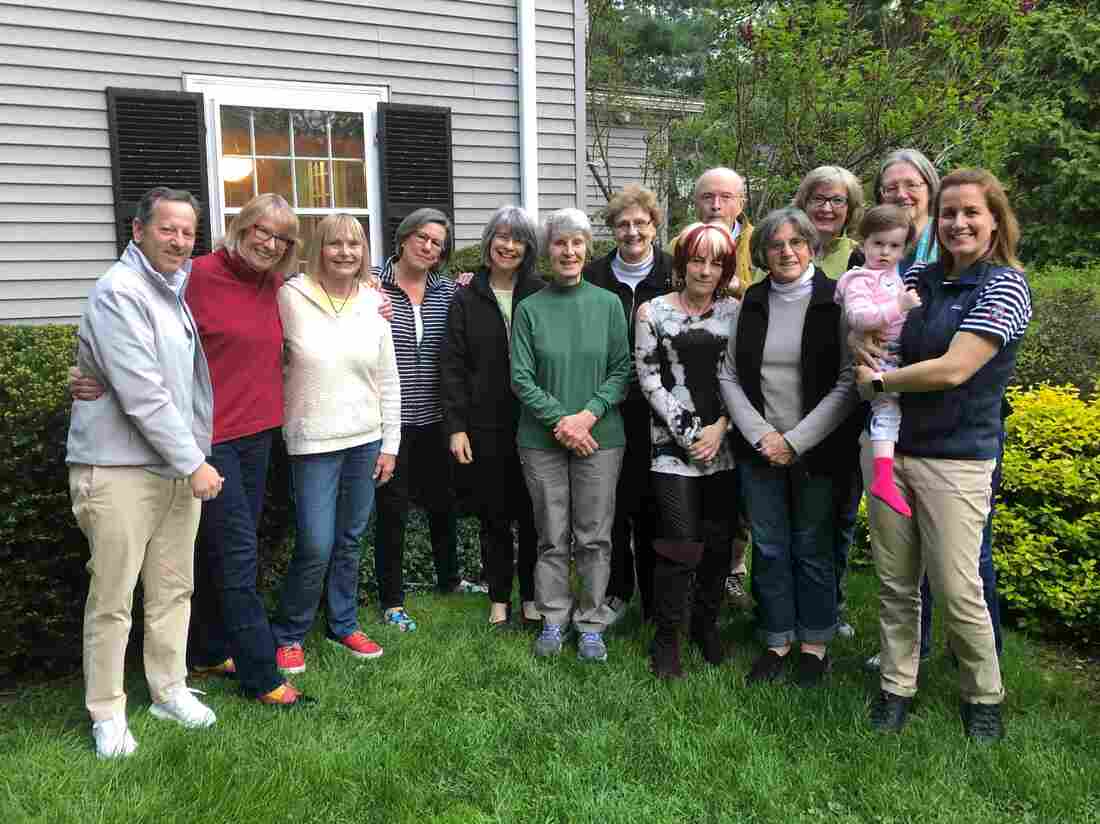 Many residents of a close-knit neighborhood in Newton, Mass., decided to learn American Sign Language when they found out the new kid on the block, Samantha Savitz, was born deaf. Glenda Savitz hide caption 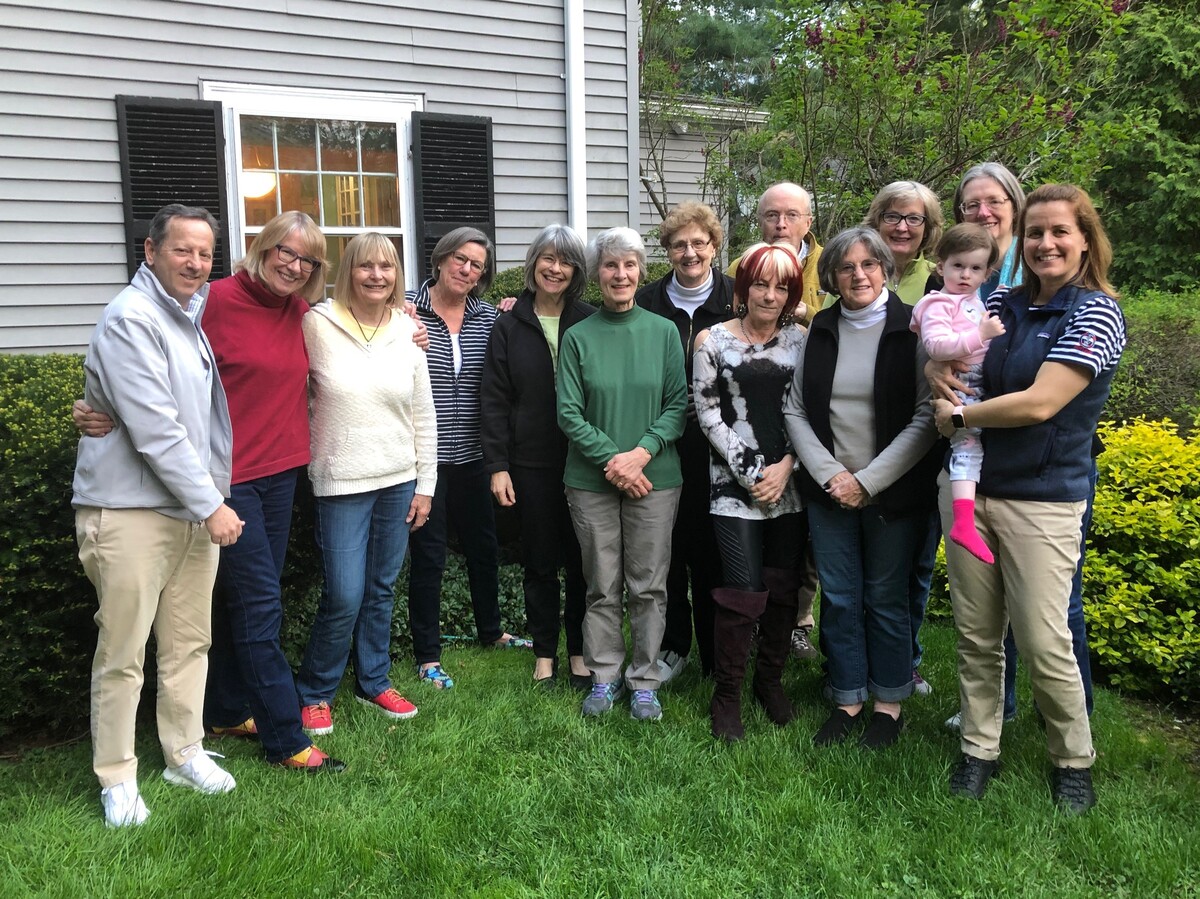 Many residents of a close-knit neighborhood in Newton, Mass., decided to learn American Sign Language when they found out the new kid on the block, Samantha Savitz, was born deaf.

About a week after Glenda and Raphi Savitz welcomed their daughter Samantha to the world, they learned that she was deaf.

"She was the first deaf person we had known, so obviously it was a surprise and a challenge," Glenda says. "We knew right away that we had to get involved in the deaf community, learn about the culture, and start getting fully immersed in American Sign Language."

What the new parents didn't know was that their neighbors in Newton, Mass., would decide they needed to start learning sign language, too.

The Savitzes had moved to their neighborhood — an enclave of about 100 houses, on a peninsula in the Charles River — just three months earlier. It's a close-knit place where many families have lived for decades. When they moved in, Glenda says a neighbor stopped by to deliver a directory of everyone who lived in the neighborhood, complete with photos and contact information. She says their next-door neighbors called themselves "newbies" to the area – and they had been there 17 years.

"It gives you an idea that this is a place people don't want to leave," Glenda says.

It's also a place where people are serious about being good neighbors. So when young Samantha was out and about with her parents, neighbors like Jill McNeil were frustrated that they couldn't talk to her.

Neighbors Learn Sign Language To Reach Out To 3-Year-Old

Neighbors Learn Sign Language To Reach Out To 3-Year-Old

"We really wanted to communicate with her and play with her," says McNeil, who lives across the street from the Savitzes. "And since she couldn't learn our language, we thought we wanted to learn hers."

"We met a teacher there that we really loved, and we asked him if he would come here and teach more neighbors," McNeil explains. "So that's how it started."

According to Glenda, 20 neighbors immediately signed up for the class. 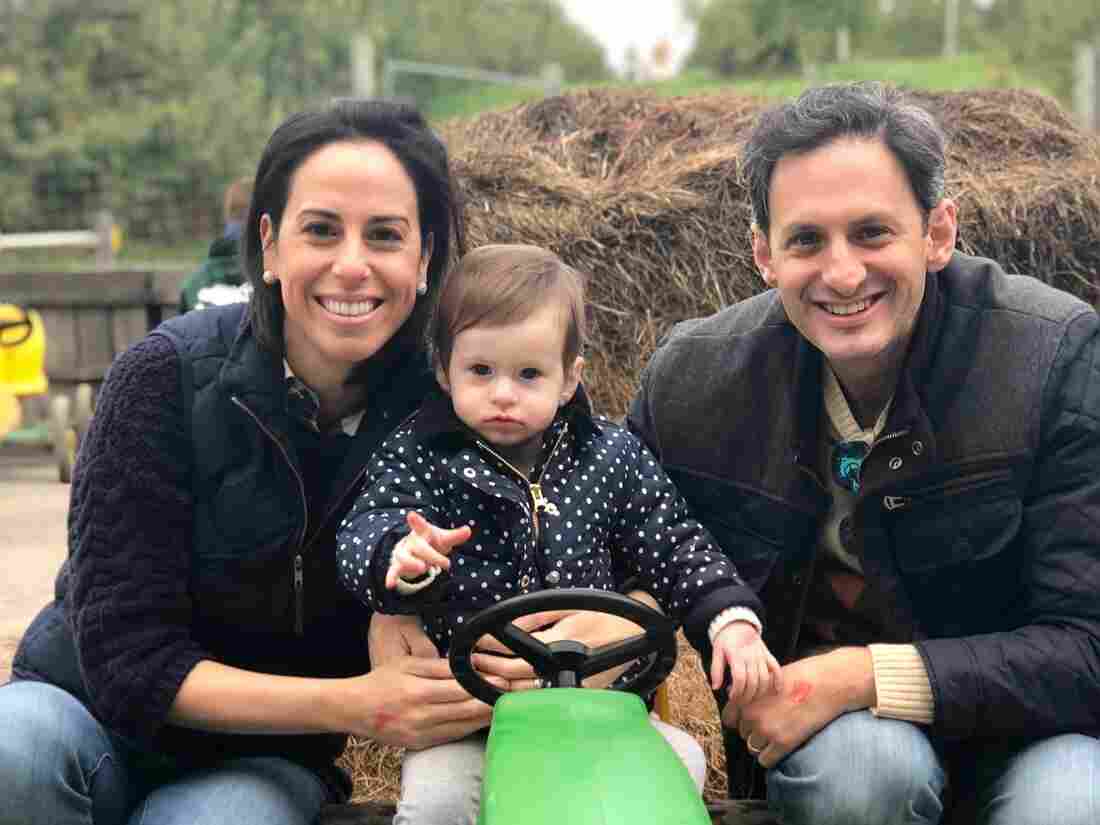 Parents Glenda and Raphi Savitz say they are amazed and grateful for their neighbors' efforts. Glenda Savitz hide caption 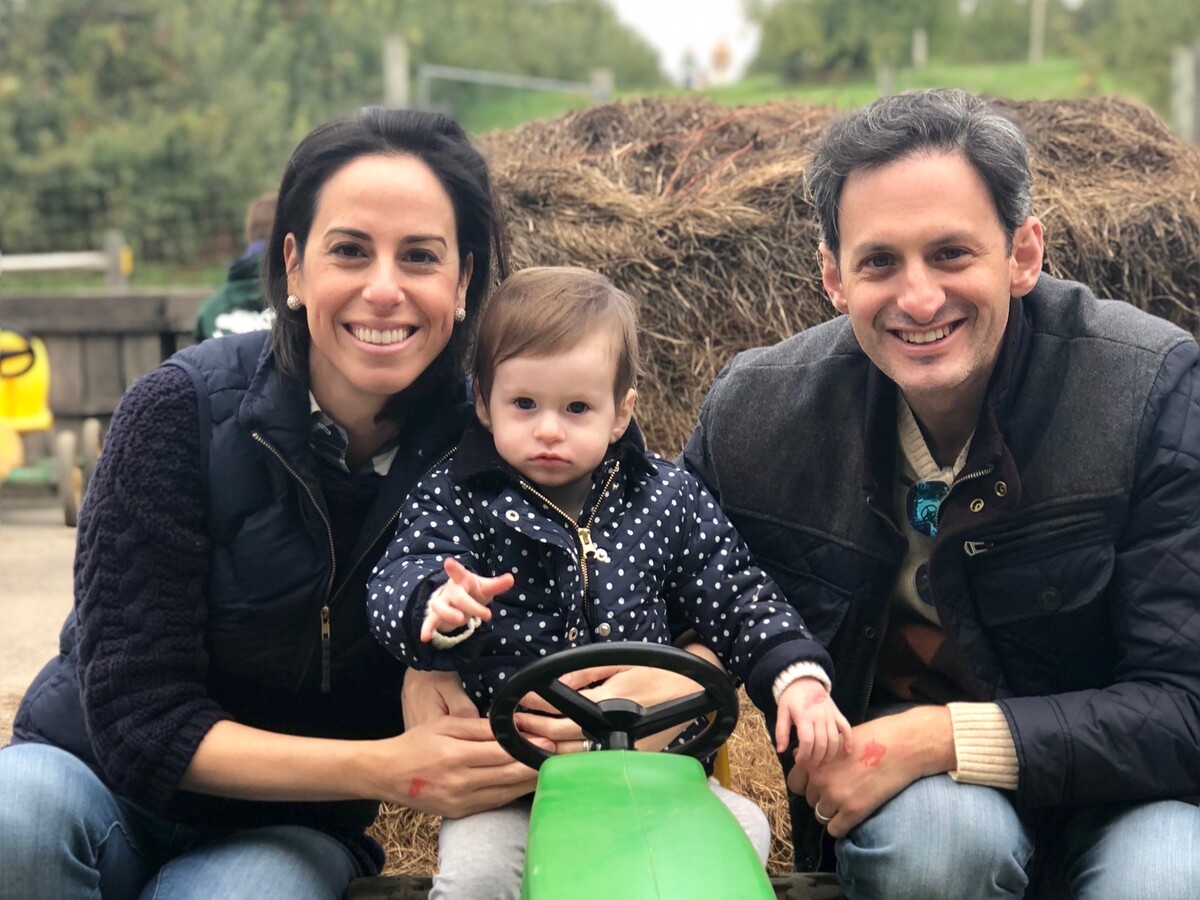 Parents Glenda and Raphi Savitz say they are amazed and grateful for their neighbors' efforts.

Instructor Rhys McGovern teaches his students the skills they need to converse in ASL. That in part means learning the vocabulary to communicate with Samantha, who's now an energetic and curious 3-year-old. It also means learning the norms of behavior and language structure that will allow them to interact with other deaf people using ASL.

As with any new language, learning ASL takes time. But McNeil says the classes are working.

"We know how to say, 'Are you riding your bike?' or 'You have pretty new pink sneakers.' There's a dog across the street that she loves to play with. So we all know the sign for 'dog.'"

McNeil adds, "Her parents translate for us because her fingers are very small right now and she signs very fast, so we're trying and we're getting better. ... Her first sign to all of us is 'friend,' which feels very good."

The classes have been such a hit that there are now two offerings, on two different weeknights, bringing the number of neighbors learning the language to about 40. 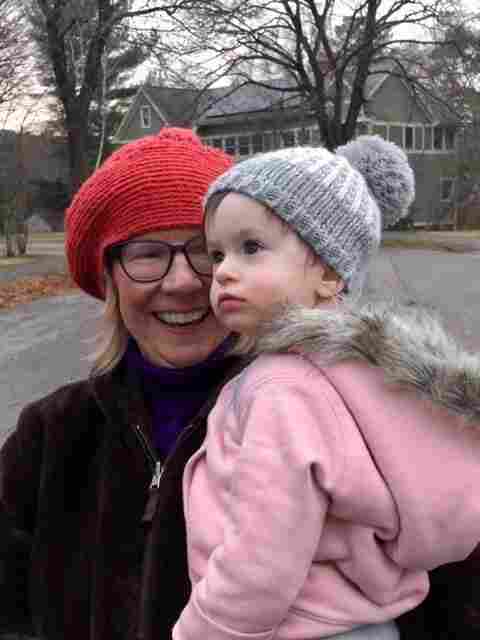 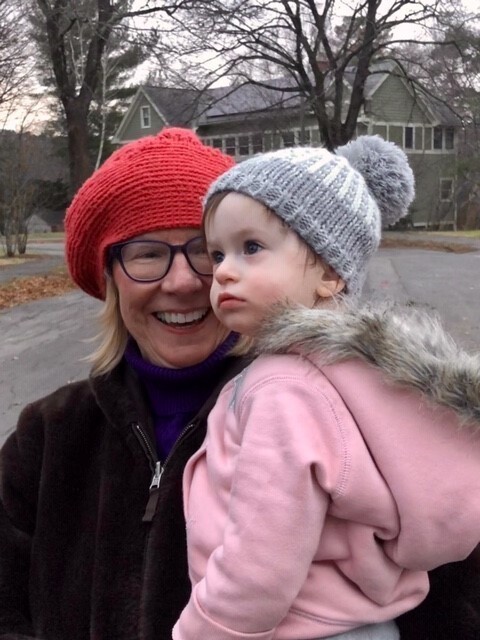 "When I can communicate with Sam, it feels wonderful," says neighbor Jill McNeil.

Glenda says she and Samantha visit at the end of nearly every session. The little girl will chat with the teacher and catch up with her friends. Many of the students are older neighbors whose children are now grown. But there are also younger parents, and two school-age girls.

As a result of that neighborly effort, Samantha moves with ease around the cul-de-sac where her family lives. She'll stop in at neighbors' homes just to draw pictures and chat.

"It's absolutely amazing that she feels so at home and they're signing to her," says Raphi Savitz. "It's like being surrounded by family."

"We're just so thankful that we live here and we're surrounded by these wonderful people," he says. "Our daughter is included and she's happy. I couldn't think of a better situation for us and for her."

And they're not the only ones who say they're grateful.

"We are really enjoying the whole process, not only the learning of ASL, but the learning together," says McNeil. "It's made our neighborhood a closer place."

An earlier version of this story failed to note that the instruction provided to the Savitzes' neighbors also involves teaching aspects of ASL language structure and culture.