Accessibility links
Cecilia Bartoli and Big Thief's Adrianne Lenker Shred In Their Own Singular Way NPR Music staffers Marissa Lorusso and Tom Huizenga give out superlatives for the best moments in music this past year, including a single breath of operatic singing and an epic guitar solo. 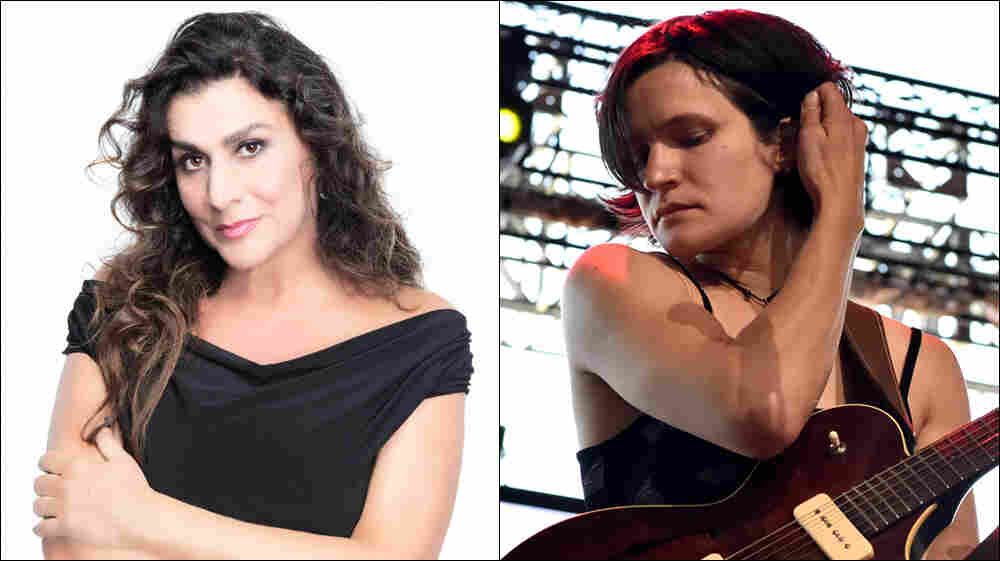 Adrianne Lenker is the guitarist and singer for the Brooklyn, N.Y.-based rock band Big Thief. Cecilia Bartoli is the Italian opera singer who thrives on neglected repertoire from the 18th century. The two women might seem like strange bedfellows, but they come together in our series titled "highly specific superlatives," a kind of drilling down to some of the finest and most precise moments in the arts in 2019.

Bartoli wins the award for best and most beautiful single breath of singing, while Lenker wins for best guitar solo, as NPR Music's Tom Huizenga and Marissa Lorusso explain to All Things Considered host Ailsa Chang.

Tom Huizenga: It's tough for people like you and me to simply hold our breath for 30 seconds, much less sing as beautifully as Bartoli does for nearly that long. It's extraordinary how she floats the musical line, like a multi-colored ribbon of sound for a full 28 seconds without taking a breath.

Her exquisite shaping of the unbroken musical line is as smooth and flowing as a Bernini sculpture. She even throws in lovely little trills three-quarters of the way through.

The music is by Nicola Porpora, from the aria "La festa d'Imeneo" written in 1736 for the famous castrato singer named Farinelli, the rock star of his day. I'm always amazed at what the human voice can do in this highly trained state. Opera singers are the triathletes of the vocal world, having to project even the barest thread of tone way back to the balcony without a microphone and above an orchestra. That's why I love opera.

Marissa Lorusso: I'm not usually the kind of person who spends all year keeping an ear out for the best guitar solo. I feel like there can often be kind of showy maleness to guitar solos that aren't really my speed. But the way Adrianne Lenker plays just blows me away.

The song "Not" starts with a really insistent churning feel. And when she's singing, she's tracing the outline of the absence of something. A lot of the lyrics start with the phrase, "It's not." Then about halfway through the song, it cracks open into a huge guitar solo.

"Adrianne Lenker is a trained guitarist," Lorusso says. "She studied at Berklee College of Music and you can hear that she has that kind of technical guitar ability but she wants you to feel what she is feeling when she plays that solo. I think it's the same in the [Bartoli] piece. It's not just this incredible, virtuosic skill, but she's really communicating a depth of emotional feeling in her performance."

"I just love setting these two seemingly disparate pieces of music cheek by jowl, with Lenker killing that solo with all its steel and grime," Huizenga says. "And then Bartoli with this pillowy soft, unbroken line of florid music. I think they're both really shredding in their own singular way. And at the very least, they're providing a moment of awesomeness that can only make you smile — and that is what music does at its best."

Read more stories about the best music of 2019.