Accessibility links
In 2019, The Legal Fight Over Opioids Unraveled Into Confusion And Infighting This was meant to be the year we answered a big question about the deadly opioid epidemic: Will drug companies that make and sell prescription pain medications be held liable? That clarity never came. 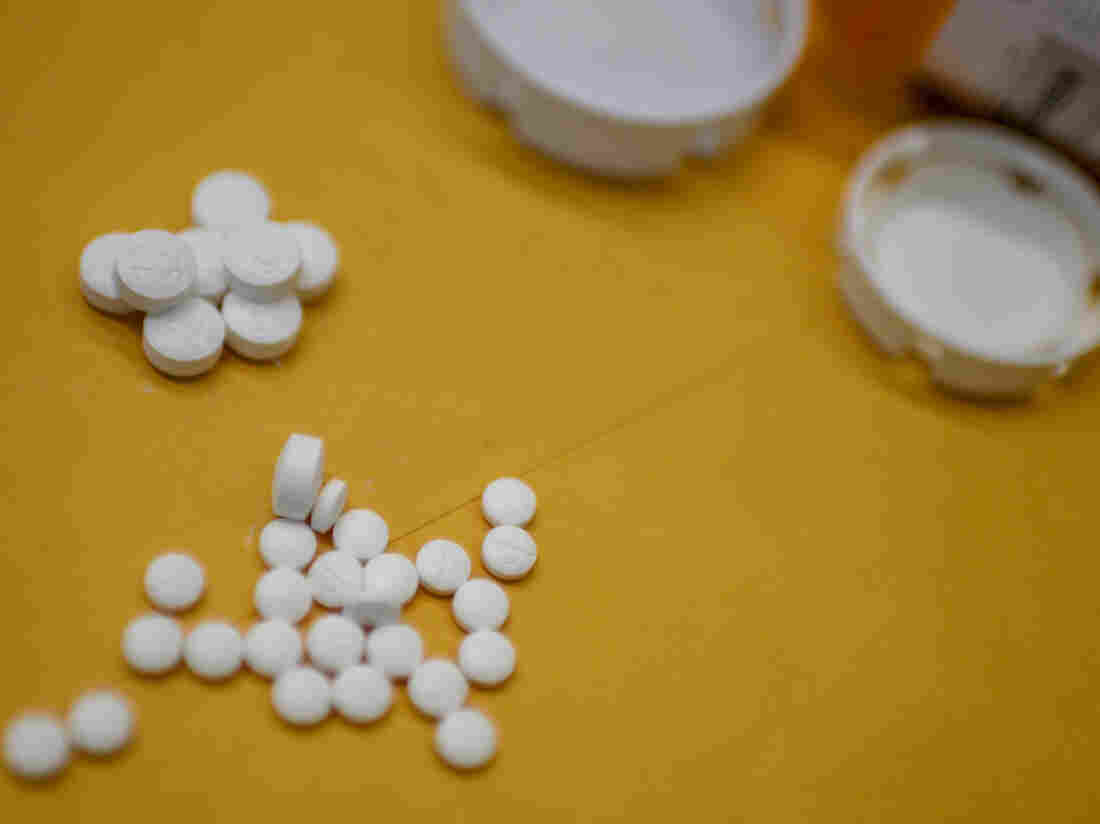 Millions of Americans sank into addiction after using potent opioid painkillers, such as acetaminophen/oxycodone, that companies churned out and doctors freely prescribed over the past two decades. Eric Baradat /AFP via Getty Images hide caption 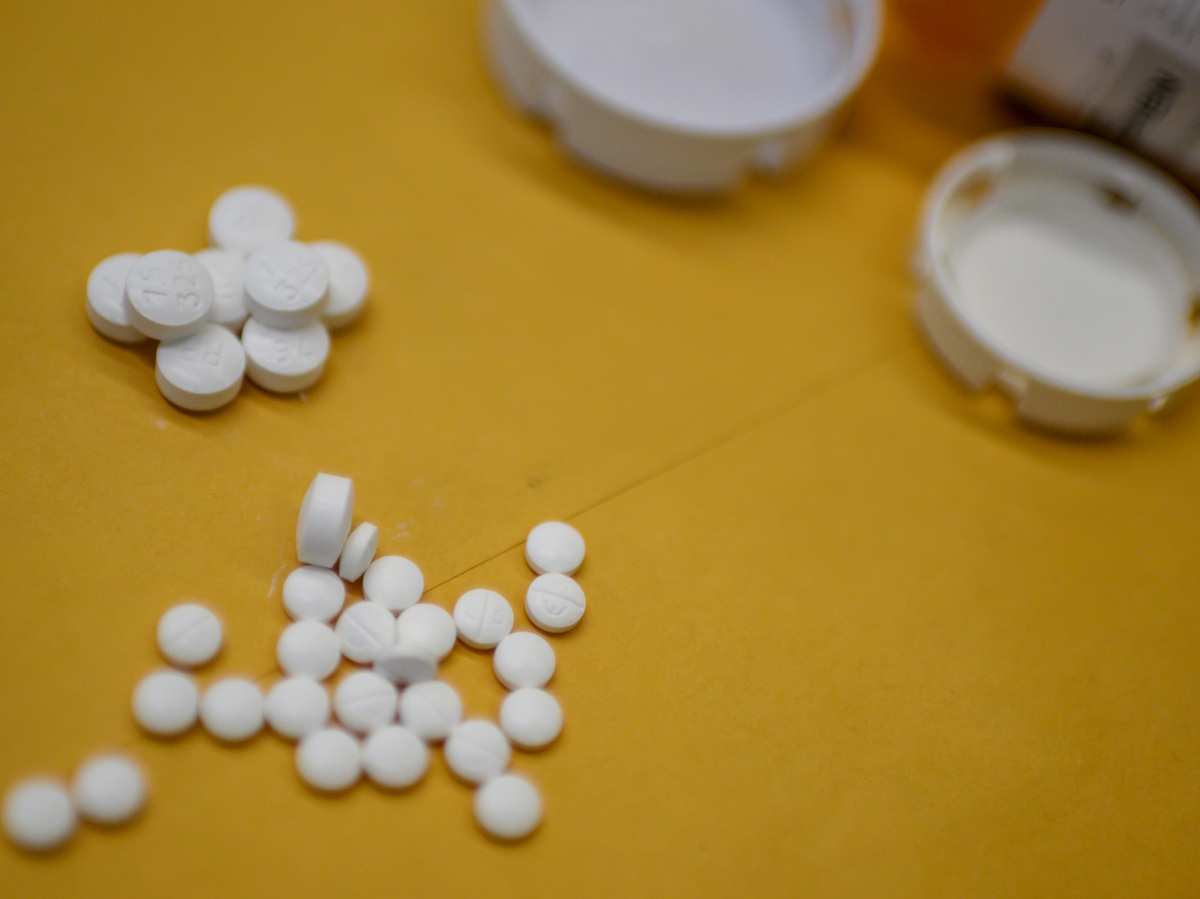 Millions of Americans sank into addiction after using potent opioid painkillers, such as acetaminophen/oxycodone, that companies churned out and doctors freely prescribed over the past two decades.

Legal experts expected this to be the year we answered big questions about the liability that drug companies face for the deadly opioid epidemic and for their role in marketing high-risk prescription pain medications.

Instead, the legal fight over who will pay to clean up the addiction crisis dissolved into confusion and infighting.

"I don't know if there's a clear road map," said Adam Zimmerman, a professor at Loyola Law School and an expert in opioid litigation.

All sides agree the stakes are high. Every day, 130 Americans die from opioid overdoses, according to the Centers for Disease Control and Prevention. Without some kind of national settlement with Big Pharma, communities won't get serious money to help with the crisis any time soon. Speaking this fall with reporters, Pennsylvania state Attorney General Josh Shapiro warned that there could be legal chaos.

"We will randomly and haphazardly litigate these cases, with no particular rhyme or reason," Shapiro said. "The needs of people across this country will not be met."

For much of 2019, a deal seemed close. Federal Judge Dan Polster in Ohio was holding high-level settlement talks while at the same time channeling thousands of civil lawsuits against the drug industry into a tidy legal pipeline.

Then came a big federal case in Polster's court in October that was expected to test the liability of drugmakers and distributors. At the very last minute, however, companies reached a local settlement with a couple of Ohio counties. The trial was abruptly called off.

Greg McNeil, an activist whose son died from an opioid overdose in 2015, told NPR outside the courthouse in Cleveland that he was flattened.

"We have no admission of wrongdoing," McNeil said. "It seems as if nothing is changing."

Even attorneys involved in the case acknowledged that the outcome left big questions unanswered.

"We don't have a chance to test the legal theories that are being used here, if they are being properly used, what there limits are," said Mark Lanier who represents communities suing Big Pharma.

Settlement talks aimed at reaching a deal with the pharmaceutical industry comparable to the tobacco settlement of the 1990s also splintered, with Polster still leading negotiations in Ohio while state attorneys general across the country pushed for a separate deal. Neither set of talks produced a "global" resolution.

Adam Zimmerman at Loyola thinks it made sense for Polster and others to push for a big settlement this year, but it just didn't pay off.

"The opioid crisis has just presented such an emergency and it's called for quick action," Zimmerman said. "To the extent that it hasn't worked, I don't think that's necessarily the fault of Judge Polster as much as just the extremely complicated nature of this litigation."

Thousands of states, local governments, school districts and Native American tribes have sued drug companies for aggressively marketing prescription opioid medications while allegedly downplaying the risks of addiction and overdose. More than 400,000 Americans have died during the epidemic that began in the 1990s.

The legal muddle that remains is scary for those cash-strapped towns and cities. It also leaves a big cloud over the pharmaceutical industry. In August, a state judge in Oklahoma found Johnson & Johnson liable for hundreds of millions of dollars in penalties for "misleading" marketing of prescription opioids. Johnson & Johnson is appealing that decision, but it was a shot across the bow for drug companies, a sign that courts across the U.S. might rule in favor of communities

A month later, in September, the avalanche of lawsuits pushed Purdue Pharma, another big opioid-maker over the edge. The company filed for structured bankruptcy, with the company's owners, the Sackler family, offering to pay roughly $3 billion of their personal cash to help communities and giving up control of the firm to settle all opioid-related claims.

But here again, there's a fight underway. Some states agreed to the deal, while others sued members of the Sackler family directly, accusing them of pulling more than $12 billion out of Purdue Pharma and hiding much of it in offshore accounts.

"I don't see how states can basically sign on to a settlement without knowing the valuation of how much resources the Sacklers have in their position, how much they're worth and or the worth of Purdue," said Attorney General Letitia James of New York.

What this all adds up to is more uncertainty and more opioid trials next year, including another federal case scheduled for Polster's court in Cleveland that will test the liability of big pharmacy chains CVS, Walgreens and Rite Aid, which sold opioids in huge quantities to their customers.

Meanwhile, thousands of cities and small towns will keep scrambling to pay for the overdose medications, rehab and supportive housing programs that keep people alive.