Accessibility links
The Year In Science News We look at three noteworthy stories from the year in science news: acceptance of climate change, medical therapies to come from a new gene editing tool, and the first image of a black hole.

We look at three noteworthy stories from the year in science news: acceptance of climate change, medical therapies to come from a new gene editing tool, and the first image of a black hole. 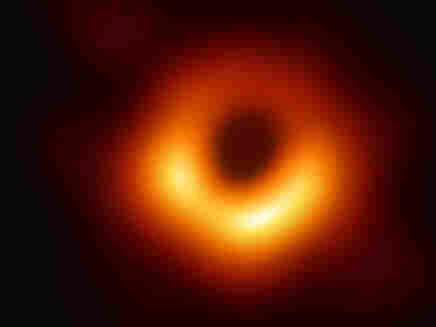 The first-ever image of a black hole at the center of galaxy M87, outlined by emission from hot gas swirling around it. EHT Collaboration hide caption 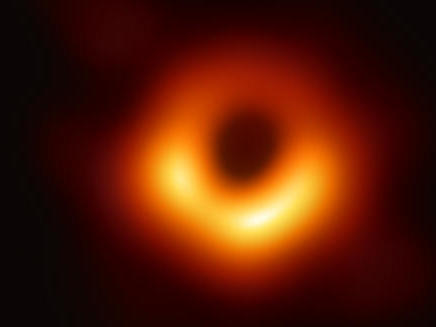 The first-ever image of a black hole at the center of galaxy M87, outlined by emission from hot gas swirling around it.

All right, astronomers have known about black holes for a long time, but they never had a picture of one until this year. We asked NPR science correspondent Joe Palca what were the three biggest science stories of the year, and here's what he said.

JOE PALCA, BYLINE: It's not really fair to say black holes are camera-shy. They're just far away, fairly small by celestial standards and, well, black because they suck in everything, including light. No single telescope on Earth is powerful enough to see a black hole, so to make their image, astronomers created something called the Event Horizon Telescope, a virtual telescope that digitally tied together eight telescopes around the world.

Earlier this year, I visited one of those telescopes - the Atacama Large Millimeter Array, high in the Chilean Andes. On the day I was there, the control room was mostly empty. Astronomer Ignacio Toledo says that's normal.

IGNACIO TOLEDO: I think that the last time I saw it crowded was for the first of the observations of the Event Horizon telescope.

PALCA: The Atacama Array consists of 66 radio dishes. Toledo says radio telescopes don't make pictures so much as take in data, so there's really not much to see in the control room. Still, people packed in the day several years ago when all eight telescopes around the world were pointed at the same massive black hole some 55 million light years away.

TOLEDO: We didn't know if we were going to be successful in creating the image of the black hole. But it was amazing to have all these observatories coordinating, getting the data and delivering that to the science team.

PALCA: It took years to crunch all the data, but science team leader Sheperd Doeleman was able to announce success at a news conference this past April.

SHEPERD DOELEMAN: We have seen what we thought was unseeable. We have seen and taken a picture of a black hole.

PALCA: The picture shows a very dark circle surrounded by a bright ring of light - stunning to an astronomer, a bit like a heavenly doughnut floating in a sea of black coffee to the untrained eye.

A new biological tool called CRISPR also made news in 2019. The tool was developed earlier in the decade by some scientists who were essentially studying the rather arcane topic of how bacteria fight off the flu. University of California, Berkeley researcher Jennifer Doudna says the bacteria do that by targeting the DNA of an invading virus and then making a precise cut in it. She and some colleagues realized they might be able to hijack that same mechanism to find and cut any sequence of DNA.

JENNIFER DOUDNA: I remember really feeling sort of the hairs on the back of my neck, you know, because I thought, wow, if this could work in animal or plant cells, this could be a very, very useful and very powerful tool.

PALCA: She and others have shown it could work in animal cells, including human cells. And this year, scientists began testing CRISPR-modified cells in patients suffering from sickle cell disease. Other therapies are in the pipeline.

Finally, 2019 may be the year that the reality of climate change began to sink in with people who were once skeptics. Severe storms and historic flooding can be very persuasive. My colleague Nate Rott asked people their feelings about climate change as they watched a rain-swollen river surge under a bridge in Arkansas.

BREIGH HARDMAN: Somebody in my office...

SAVANNA BOWLING: I think we made somebody mad, and they're like, we're going to get back at Arkansas and Oklahoma (laughter).

HARDMAN: Somebody in my office...

BOWLING: That's what I think (laughter).

HARDMAN: ...Told me today, we all owe Al Gore an apology.

ROTT: That was Breigh Hardman, Savanna Bowling and Hunter Moon.

PALCA: Of course, three people don't make a national trend, but polling data backs up the conclusion that more people are concerned about climate change and feel Americans are being affected by it right now.