Accessibility links
StoryCorps: A Hateful Attack Led To A Forever Friendship After a Somali American woman was attacked for speaking Swahili, the attacker's sister reached out to see if she was OK. The two women recently returned to StoryCorps to talk about their bond. 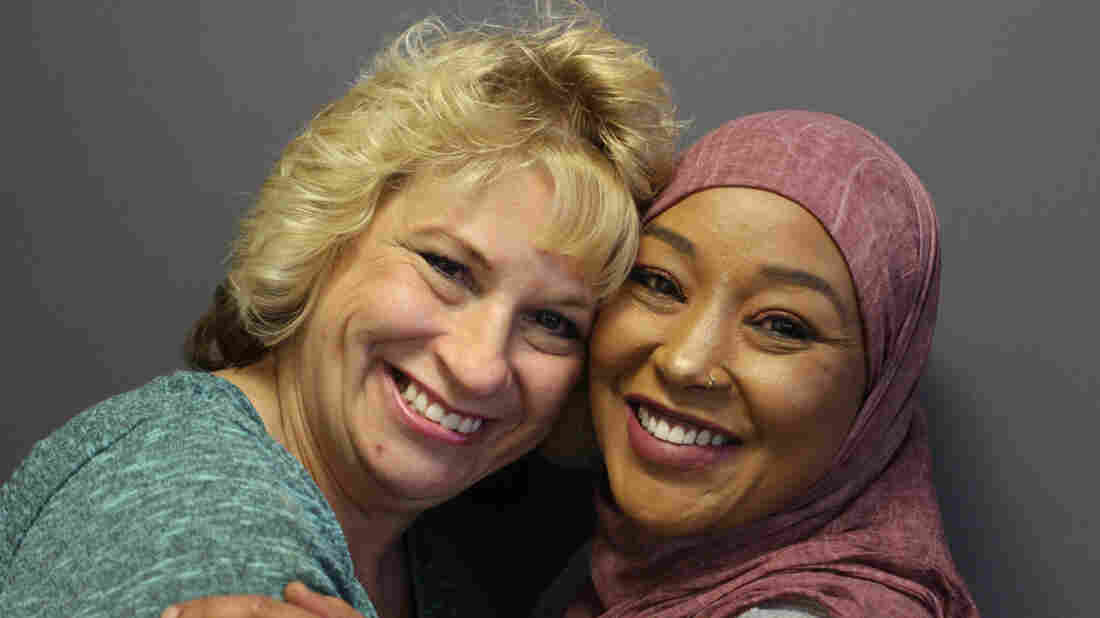 Dawn Sahr (left) and Asma Jama met for the first time at their 2016 StoryCorps interview in Minneapolis. They say they're friends for life. Courtesy of StoryCorps hide caption 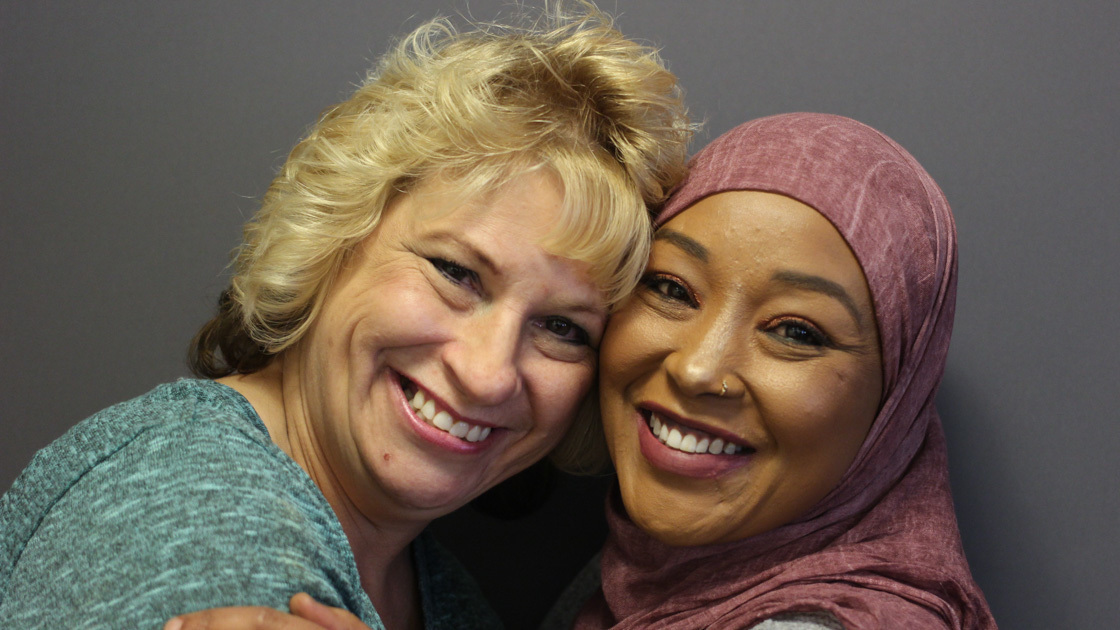 Dawn Sahr (left) and Asma Jama met for the first time at their 2016 StoryCorps interview in Minneapolis. They say they're friends for life.

In 2015, Asma Jama was dining out with family at an Applebee's restaurant in Coon Rapids, Minn., when she was attacked by another customer. Jama, a Somali American, was wearing a hijab and speaking Swahili when a woman in the next booth demanded she speak English.

The woman, Jodie Burchard-Risch, then hit Jama in the face with a glass beer mug. Burchard-Risch pleaded guilty to felony assault charges, admitted she acted out of bias and served time in jail for assault.

After the trial, the attacker's sister, Dawn Sahr, spoke out against the attack and reached out to Jama online to see if she was OK. Jama and Sahr met for the first time at StoryCorps in Minneapolis, a conversation that aired in 2016.

"They say blood's thicker than water and you stand behind your family no matter what," Sahr told Jama at the time. "Well, you've got to draw the line somewhere, and you're my line."

Because Sahr expressed support for Jama, many of her family members, including her sister, stopped talking to her.

Two months ago, Jama and Sahr sat down for a follow-up interview at StoryCorps to reflect on their friendship. There, Sahr, 53, told Jama, 42, that she is strong.

"I think that's what gave me the strength to do what I did. I believed in supporting you. And everybody I loved and everybody around me wouldn't have anything to do with me," Sahr said.

Three years have passed and some of Sahr's loved ones are reaching back out to her because, she said, "I stood my ground and I gained a lot of respect from my family."

Jama told Sahr that she hopes she and her sister can be in a better place one day. "You never know, with time, she might realize she's on the wrong side of history," Jama said.

Though they're friends, Sahr wondered whether she reminds Jama of the attack.

"No. Sitting down with you actually was very, very good for me. It kind of gave me a positive light to a bad situation," she said. "In the middle of the worst time of my life, you taught me that sometimes humanity is what we need."

Sahr said she sees Jama as a sister. "You are such a big part of my life. I really think I would lose a piece of who I am if I lost you as a friend," she said.

"We're never going to lose each other," Jama told her. "As long as we're alive."