Accessibility links
Death Toll Rises In Wake of Philippines Typhoon: At Least 28 Dead As tens of thousands of people struggle to rebuild their homes and lives in the Philippines, officials say the number of casualties is expected to rise. 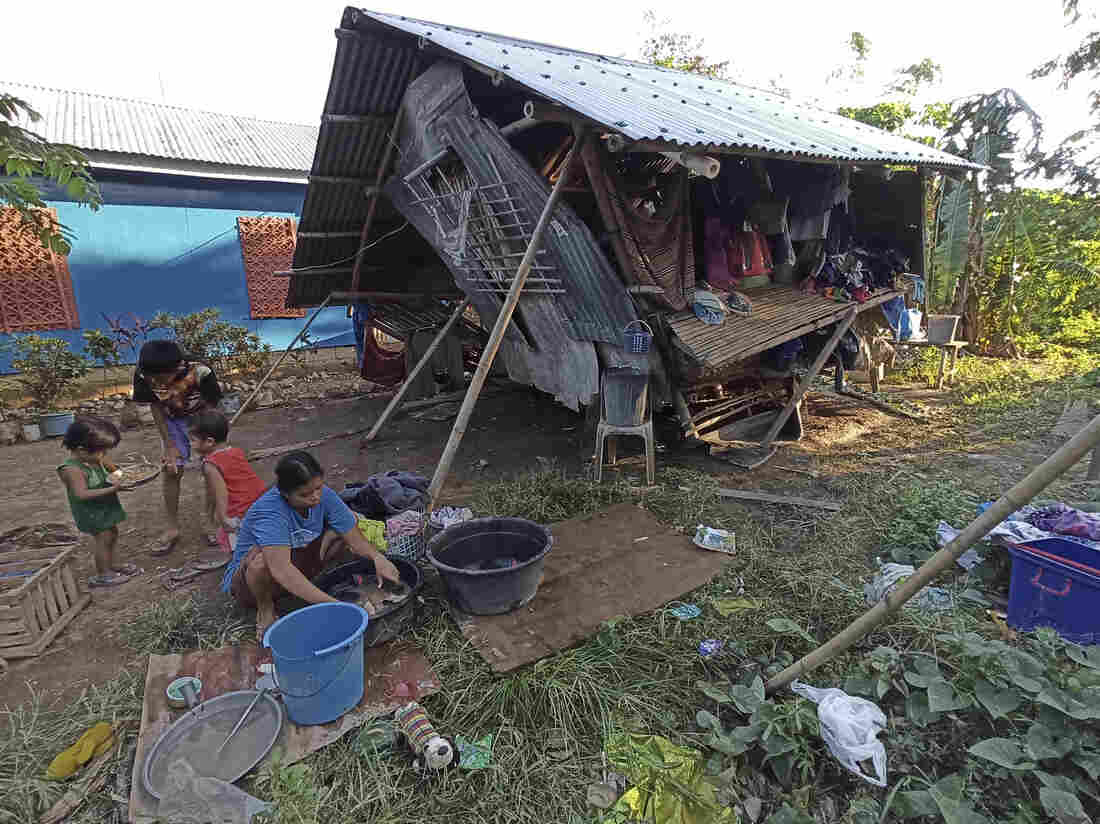 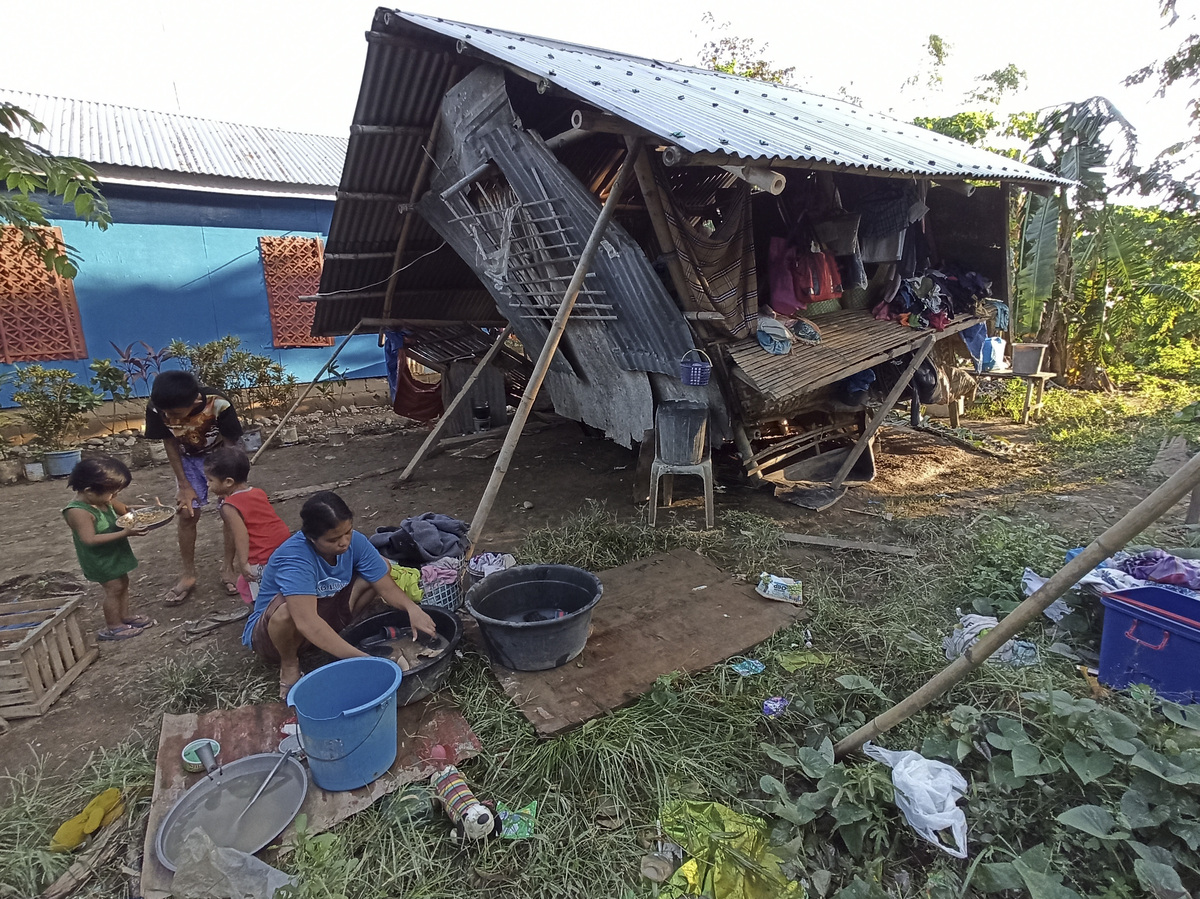 Typhoon Phanfone, which swept through the central Philippines on Christmas Eve, has killed at least 28 people, leaving large areas in shambles, with thousands losing their homes and livelihoods.

The typhoon, known locally as Ursula, made landfall in the islands on Dec. 24, pounding remote villages and popular tourist destinations.

As of Friday morning, the National Disaster Risk Reduction and Management Council said 28 people were confirmed dead and another 12 people were still missing. Two people were injured and thousands have been displaced or left homeless.

"The likelihood is present that the casualty count will still increase. We're hoping against it," Mark Timbal, an agency spokesman said, according to The Manila Times.

For more than 24 hours, the strong winds, which topped nearly 120 miles per hour, thrashed the Visayas region of the country's mid-section, as well as the southern part of the island of Luzon.

The relentless pummeling toppled trees, tore the roofs off of houses, downed electrical poles and telephone lines, and knocked out power in entire provinces, while some towns were inundated by heavy rains.

Most deaths occurred in Iloilo and Capiz provinces. The majority were due to drowning, falling trees and electrocution, The Associated Press reported.

The extent of the devastation has become clearer only in the days since the typhoon hit. However, it has been difficult to reach some of the worst-hit areas as roads remain blocked.

Several areas have been placed under a "state of calamity," including the provinces of Eastern Samar and Leyte, Biliran Islands and Tacloban City.

"In Tacloban, a low-lying city of more than 220,000 people, a large fire broke out as the winds rose but the city escaped the worst of the damage," the BBC reported.

The Governor of Occidental Mindoro, Eduardo Gadiano, said the province's emergency fund was already nearly wiped out assisting victims of Typhoon Tisoy, which struck the province before Christmas, according to The Manila Times.

Nearly 60,000 people had been evacuated in advance of the typhoon, which threw much of the mostly Catholic country into a panic ahead of Christmas. About 15,000 others were stranded at sea ports and airports at the peak of holiday travel.

Phanfone followed a similar path as super typhoon Haiyan, which struck the same areas in 2013. That storm left more than 7,000 people dead or missing.

Officials said the country's Department of Energy aims to restore power in typhoon-hit areas before the end of December. But tens of thousands face a bleak and dark start of the new year.

On Thursday, Phanfone headed out towards the South China Sea.