Accessibility links
Excused Absences for Protests? Virginia School District Says It's Worth A Try The policy, which educators say is a first in the nation, is meant to give students an outlet for political activism. 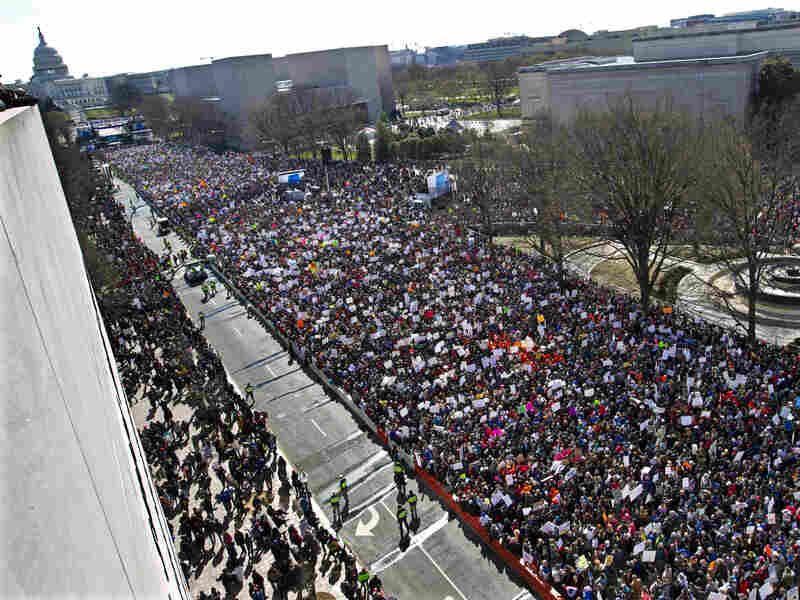 In this March 2018 photo, protesters fill Pennsylvania Avenue during the March for Our Lives rally in support of gun control. The student-led demonstration was one of the motivations for a new Fairfax Schools policy giving students one day off per year for protests. Jose Luis Magana/AP hide caption 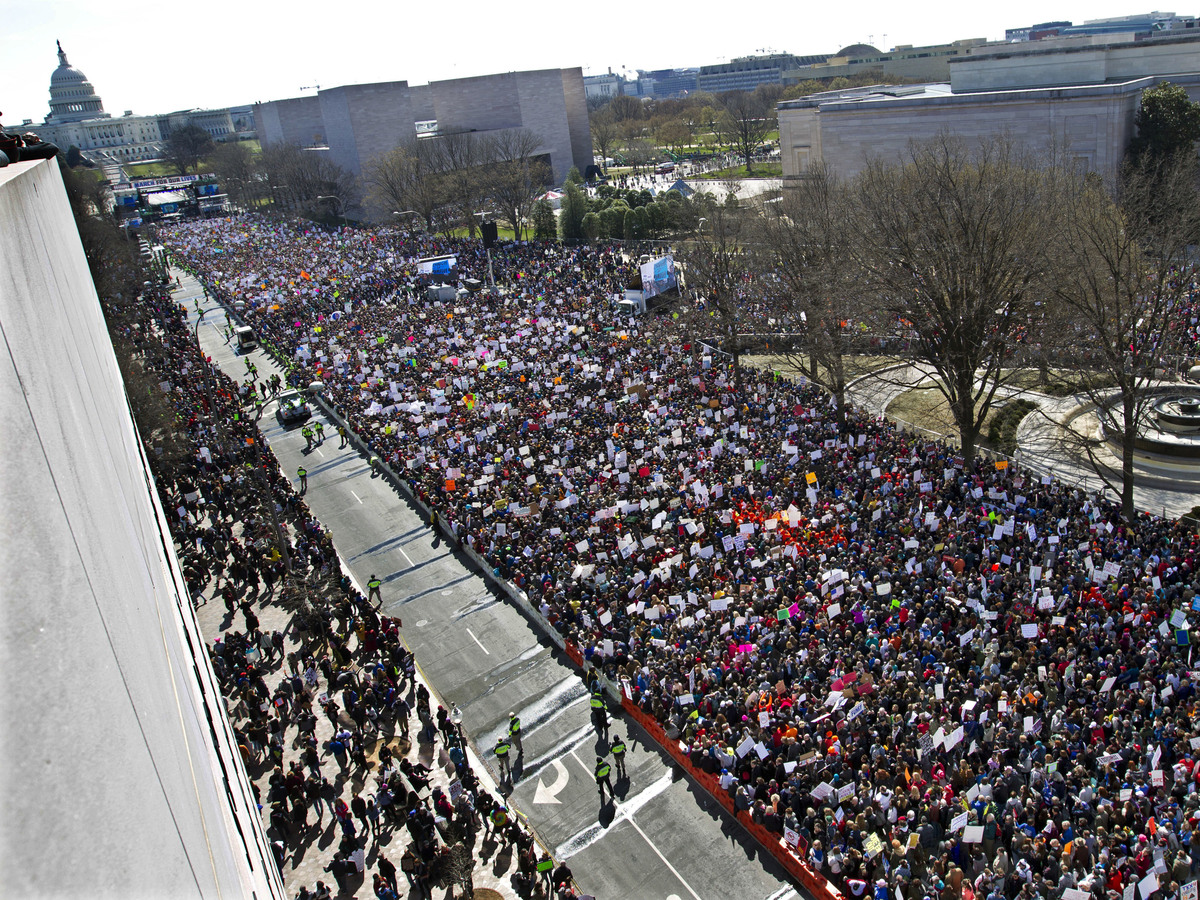 In this March 2018 photo, protesters fill Pennsylvania Avenue during the March for Our Lives rally in support of gun control. The student-led demonstration was one of the motivations for a new Fairfax Schools policy giving students one day off per year for protests.

One of the largest school districts in the country is trying something new: Starting next month, students in Fairfax County, Va., can take one day off per school year to engage in political activism.

The plan has its roots in the 2018 shooting at a Parkland, Fla. high school that left 17 dead. In its aftermath came a rise in student activism unlike anything the Fairfax school district had ever seen, Fairfax School Board member Ryan McElveen tells NPR.

"We saw students wanting to take time out of the school day to lead protests and do things of that nature," says McElveen, who proposed the policy to the school board. "We and other school systems around the nation kind of scrambled to figure out how to handle those protests."

The result is a policy that McElveen says is a first in the nation. Students between 7th and 12th grades will get one excused absence per year for a "civic engagement activity." That might consist of attending a protest, or lobbying legislators in Washington or Richmond — anything that could make the students' voices heard. After submitting the form in advance, and checking in at school on the day of the absence, they can be on their way.

"Public education in the United States was founded on the belief that we need to raise our young people to be productive citizens and give back to society," McElveen says. "This is just one way that they can learn the skills that they will need to use later in life, whether it's lobbying a legislator, or making their voice heard through a protest."

According to The Washington Post, the policy has faced some pushback from conservatives who worry that this is an example of schools coddling their liberal students. A nearby school district, Maryland's Montgomery County Schools, was considering a similar program, but it has stalled after the district faced a deluge of criticism from conservatives who argued that students belong in school, not protesting.

"We have tried to keep the language in our new regulation as broad as possible so it's not politicized in any way," McElveen tells NPR. "I foresee students on all sides of the political spectrum using this to voice their concern on all sorts of issues. I don't think it is a partisan issue at all."

McElveen says he hopes other school systems around the country will follow Fairfax's lead and adopt similar policies. "I think all school systems everywhere are going to need to find a way to deal with the rise in student activism and kind of funnel that energy in a productive way."