Accessibility links
Don Imus, Controversial Shock Jock, Has Died At 79 The broadcaster, who typically wore a cowboy hat, was a pioneer of the radio genre that prizes irreverence and caustic wit and had pushed back against political correctness. 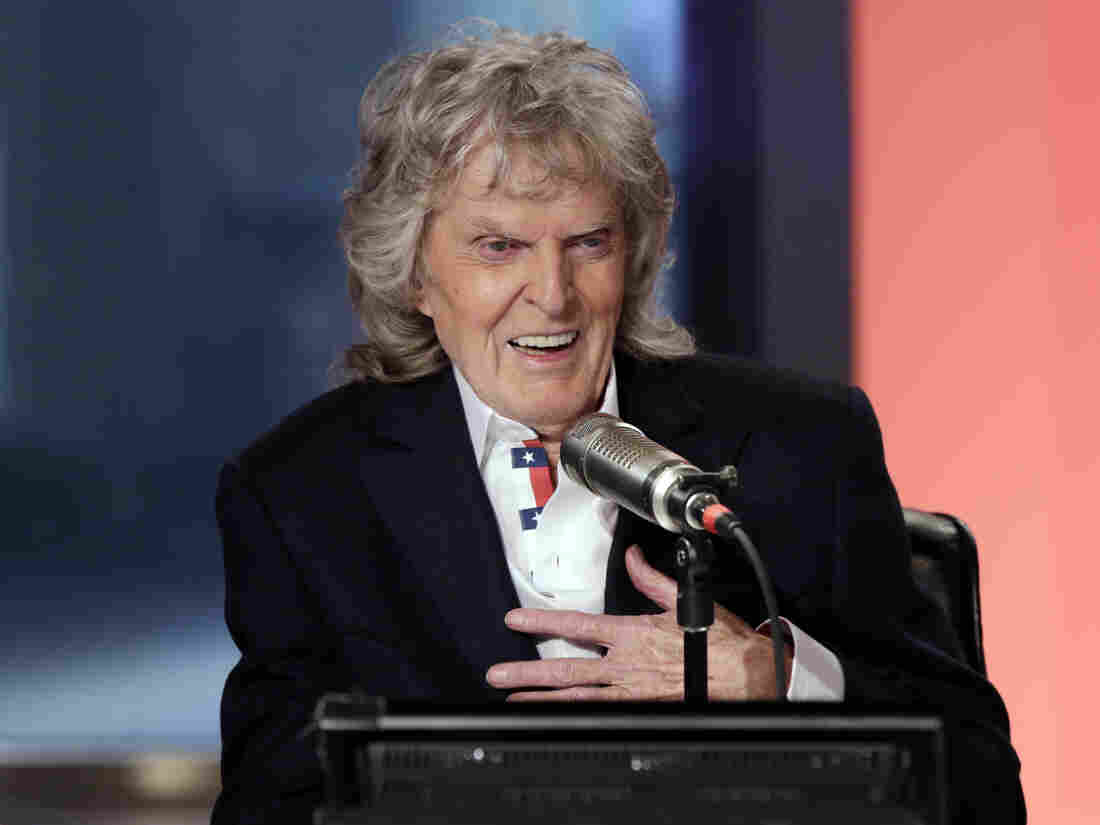 The career of DJ Don Imus, which spanned more than four decades, was made and then undone by his acid tongue. Richard Drew/AP hide caption 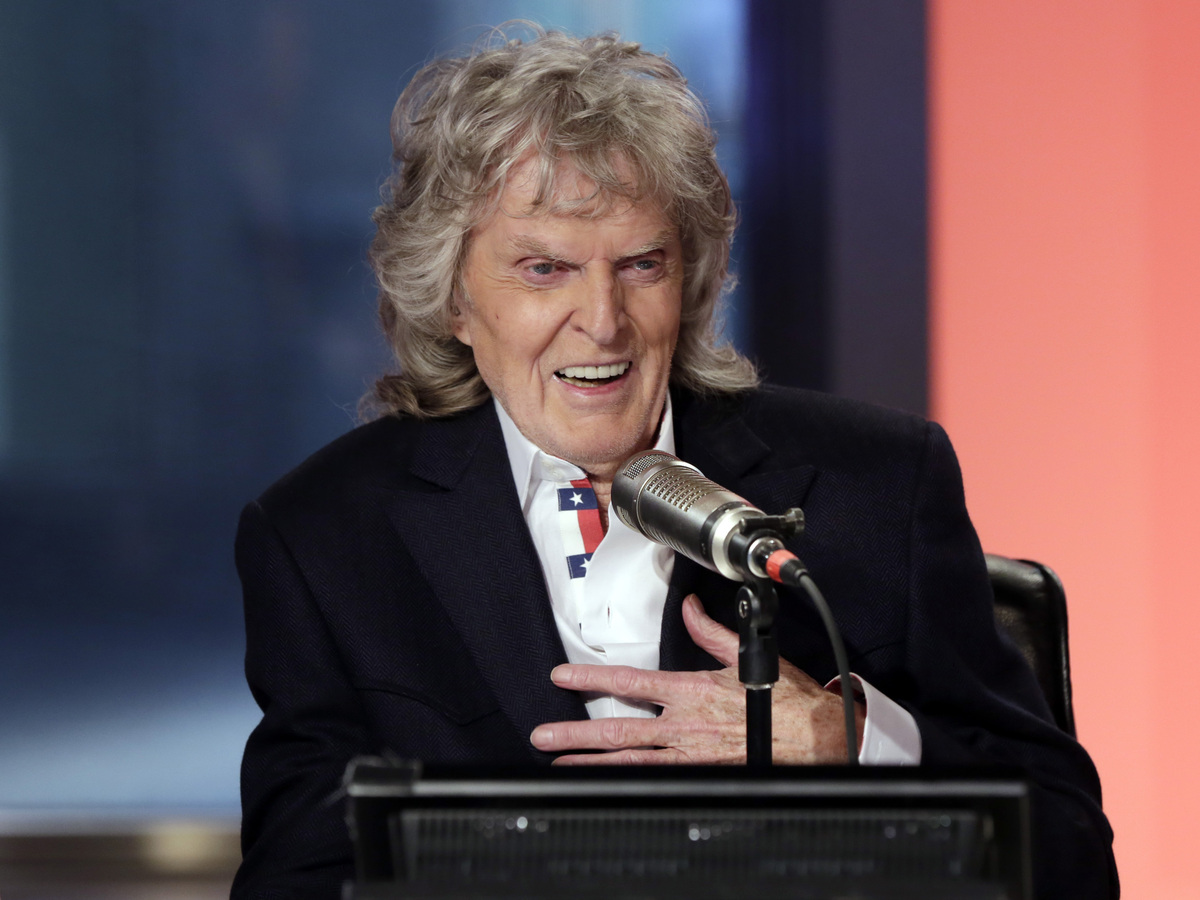 The career of DJ Don Imus, which spanned more than four decades, was made and then undone by his acid tongue.

The broadcaster, who typically wore a cowboy hat, was a pioneer of the radio genre that prizes irreverence and caustic wit and had pushed back against political correctness.

Imus embraced those traits and was sometimes accused of tipping into sexist and racially insensitive territory.

He died at Baylor Scott & White Medical Center in College Station, Texas; he had been hospitalized since Christmas Eve, his publicist said in a statement.

The I-Man, as he was called, retired from his Imus in the Morning show in March 2018.

No stranger to controversy, Imus became entangled in a national debate about racism in 2007 after calling women on the Rutgers University basketball team "nappy-headed hos."

The backlash was immediate. Calls for Imus to be taken off the air began to flood in.

Days later, Imus appeared as a guest on activist Al Sharpton's show in an attempt to address the criticism. Imus said that he had used the phrase without an understanding that nappy was a racial slur.

About a week after the original comment, CBS Radio canceled Imus In The Morning indefinitely, calling Imus' use of the phrase racially damaging.

But nine months later, Imus was back on the air with rival broadcaster ABC. He was also about $20 million richer after reportedly reaching a settlement with CBS, which had fired him.

Where he may have been initially contrite, the notorious crank soon returned to his old irascible self.

In June 2008, Imus was in trouble once again for making racially charged remarks. During a conversation about NFL player Adam "Pacman" Jones, Imus asked, "What color is he?"

When the co-host responded that Jones is African American, Imus responded: "Well, there you go. Now we know."

Imus later said he was trying to make a "sarcastic point."

But despite the rough patches, Imus remained popular throughout more than 45 years on the air.

In some ways, Imus was the thinking person's shock jock, less scatalogical than Howard Stern, less ideological than Rush Limbaugh. He was said to have attracted a higher income and more highly educated audience than his peers.

During the time of his show's simulcast on MSNBC, he would perform a series of satires while drawing such journalists as David Brooks and Tim Russert as guests — even though they knew how offensive some of his humor was on race, ethnicity and gender.

(His turn as lead comic of the Radio and Television Correspondents Dinner during the Clinton administration verged on blue — and not in a partisan sense.)

As Imus' offensive remarks and attitudes piled up, guests would occasionally push back.

But his program — long-form chat with a generally light touch about politics, pop culture and society — served as the model for what followed on MSNBC's Morning Joe, a debt host Joe Scarborough has acknowledged in public comments.

The talk show host's biography notes, "Once Imus began broadcasting, fame and acclaim came quickly." He was inducted into the Radio Hall of Fame in 1989 and the National Association of Broadcasters Hall of Fame in 1996.

He was also one of VH1's original disc jockeys when the music network launched in 1985.

Imus is survived by his wife of 25 years, Deirdre; his sons, Wyatt and Zachary; and four daughters: Nadine, Ashley, Elizabeth and Toni.

A previous version of this story incorrectly said Gwen Ifill was among the guests on Don Imus' show.