Accessibility links
Inside Daniel Lopatin's Score For Safdie Brothers' Film 'Uncut Gems' Uncut Gems hurtles along with Howard Ratner's compulsion to gamble, bet his winnings instead of paying off debts and chase down the next high. A lot of the score is, counterintuitively, New Age. 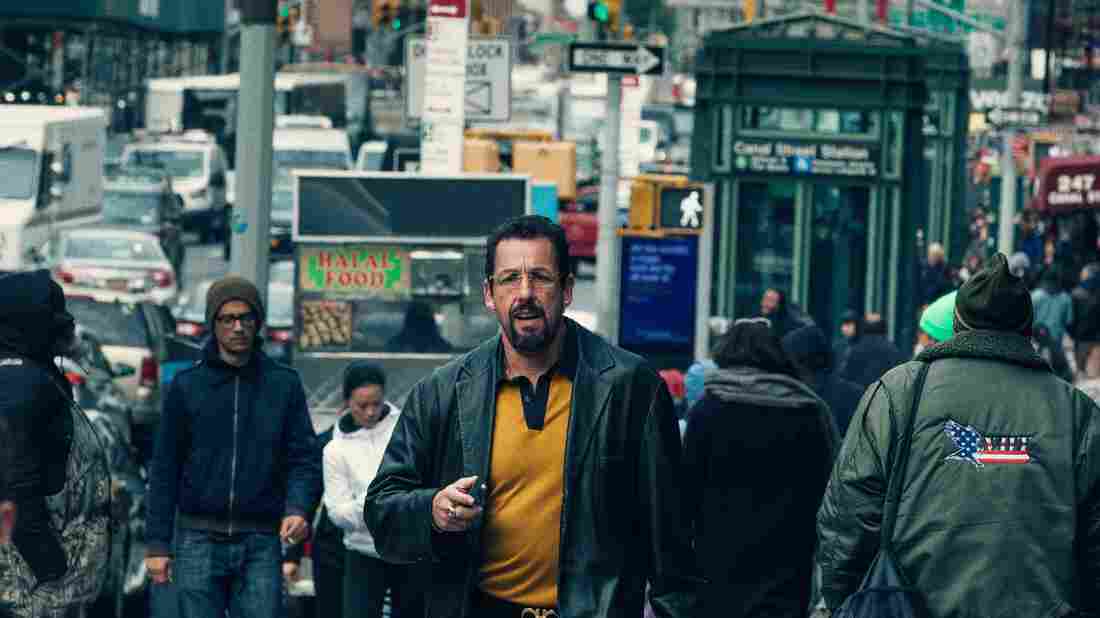 Adam Sandler plays jeweler Howard Ratner in the film Uncut Gems. The score is as shiny and cosmic as Ratner's life is messy and frantic. Julieta Cervantes/Courtesy of A24 hide caption

toggle caption
Julieta Cervantes/Courtesy of A24 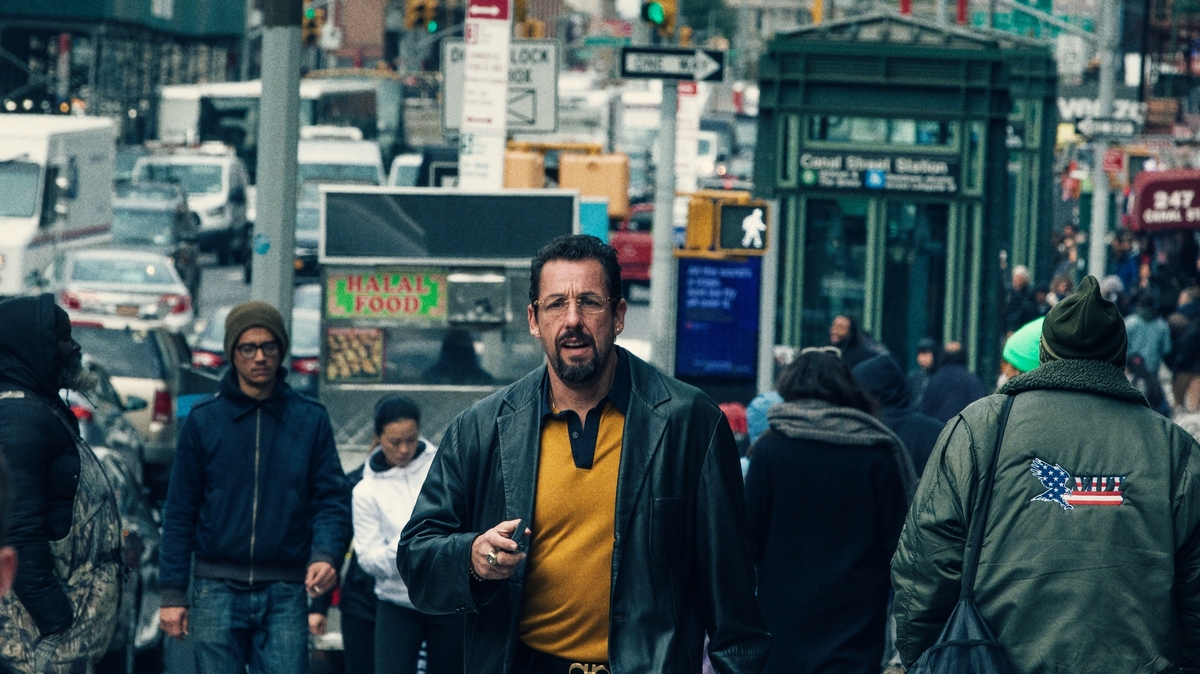 Adam Sandler plays jeweler Howard Ratner in the film Uncut Gems. The score is as shiny and cosmic as Ratner's life is messy and frantic.

The new movie, Uncut Gems, starring Adam Sandler as a New York jeweler and gambler always out for the next score, is a cinematic panic attack. Amidst the din of New York's Diamond District and the hectic habitat of Adam Sandler's loudmouth Howard Ratner is the meditative music of analog synthesizers. So why does such a frenetic film feature a cosmic, New Age score?

"I think they expect the score to always have a sort of fantastical quality to it, but they also expect the film to have a very realistic quality to it," the film's composer, Daniel Lopatin, says. He's an electronic musician who also records under the name Oneohtrix Point Never and has previously worked with the film's directors, brothers Josh and Benny Safdie, on their 2017 film, Good Time. In the contrast between fantastic and realistic, Lopatine says, "You pretty much understand our collaboration."

One of their big inspirations for the Uncut Gems score was Vangelis, the Greek synthesizer wizard who Josh Safdie calls "one of the great cosmic conductors of our time."

"His point of view on music and its transcendent qualities — and medicinal qualities almost — is always an inspiration, in particular with this film, which I view as a cosmic movie," Josh Safdie says.

One example of the transcendent is a sequence of the film that's soundtracked by meditation bowls and chanting, two types of music typically used to calm the spirit.

"We're using it juxtaposed with a hectic scenario where people are trapped inside of a vestibule," Josh Sadfie explains. "I think that juxtaposition is adding to the tension, because you're hearing this music that should be calming, but it's actually anxiety-inducing."

"It's like when you tell somebody who's angry, 'Hey, calm down!' " Benny Safdie adds.

Daniel Lopatin's score features an eclectic ensemble of old-school synthesizers, Mellotron-style flutes, saxophone solos and an eight-person choir. It's not all calm, though. There are some panicky moments in the score that match Howard's ever-escalating dilemma.

Lopatin recalled an NPR story he heard about the importance of sleep on proteins in the brain.

"They need hours and hours to do their thing, to loosen up, so your cells are loose," Lopatin says. "And it always appeared to me to be like a very artistic metaphor: If you want something to feel tight and anxious, then cluster things together like unpacked protein."

The object at the heart of the film is a black opal from Ethiopia, which Howard is banking everything on. Daniel Lopatin likewise saw that opal — that uncut gem — as a metaphor.

The Movies Of The Safdie Brothers, Makers Of 'Uncut Gems'

"Are we dealing with the sort of material latticework of the city, and Howard navigating his logistical problems and his maladies and his freakouts?" he asks. "Or are we dealing with the spirit of the film, which is that Howard might be a schlimazel, or whatever, but he's also, like all of us, just passing through and affecting things as we pass through our lives?"

So if watching this movie gives you palpitations, just listen to the score and relax.