Accessibility links
Review: 'Such A Fun Age,' By Kylie Reid The title of Kiley Reid's debut novel works on multiple levels — it can refer to chronological age or political era — and those different meanings echo throughout this funny, uncomfortable book. 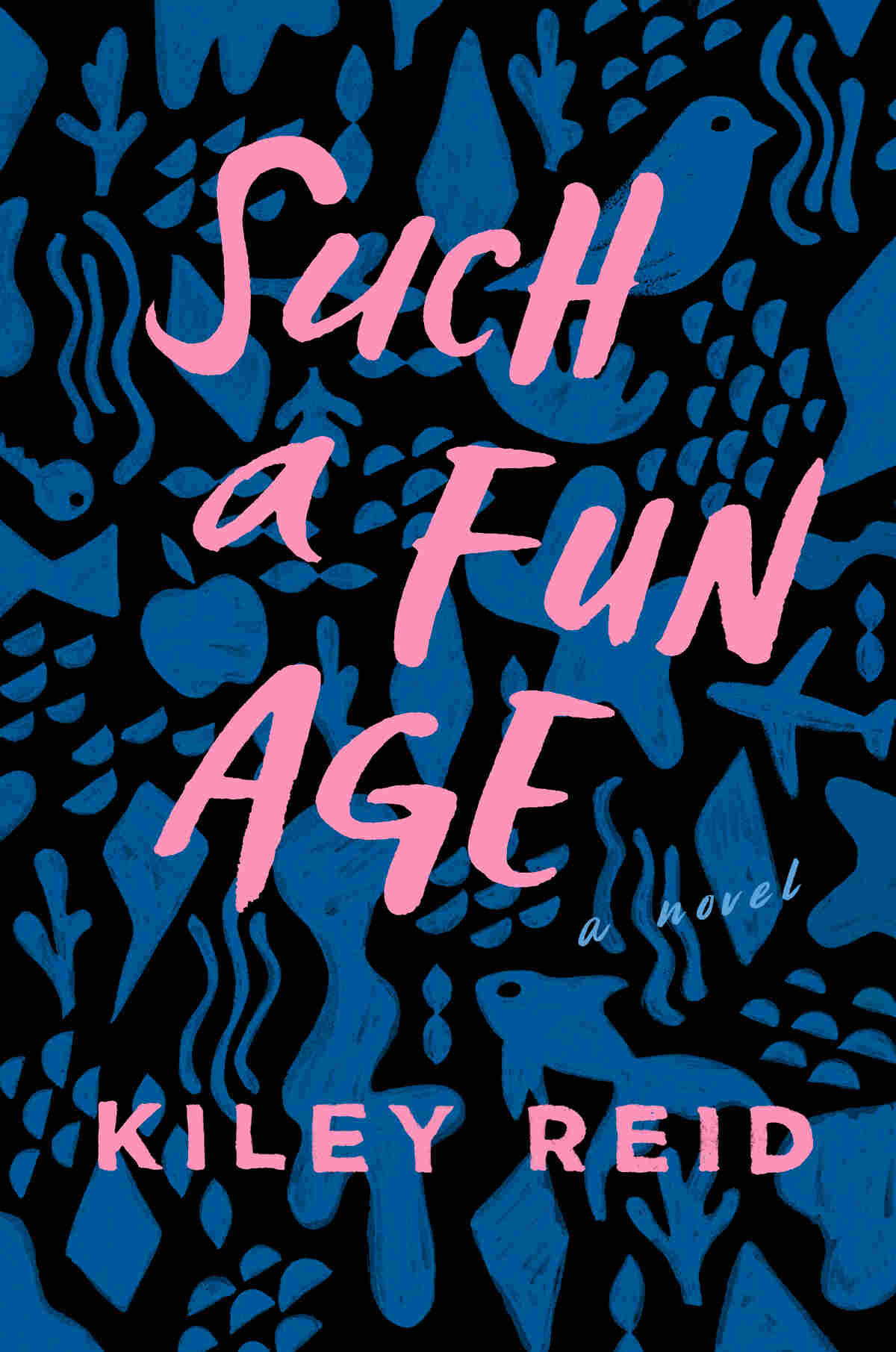 Such a Fun Age

The title of Kiley Reid's debut, Such a Fun Age, works on so many levels it makes me giddy — and, what's better, the title's plurality of meaning is echoed all over the place within the novel, where both plot and dialogue are layered with history, prejudice, expectations, and assumptions. The title's "fun age" might refer to one of the two main characters, Emira Tucker, a 25-year-old black woman who keenly feels that working part-time as a babysitter and part-time as a typist doesn't count as true adulting. It might refer to her charge, Briar, a white three-year-old whose imagination and speech patterns are so charmingly true to a particular kind of kid that she's both instantly recognizable and entirely her own person.

More broadly, the "fun age" might be our own, prior to the 2016 election — an age that was considered by some to be magically post-racist and post-sexist because it was impolite to be these things in public; an age of performative white feminism; an age of social media and virality and armchair activism and online virtue-signaling that ironically requires certain people — often, those already more vulnerable — to exist in specific politically correct ways while letting others — usually, those with power and privilege — off the hook. Don't let all these layers put you off — the wonder of Such a Fun Age is that it is also a page-turner with beautifully drawn characters and a riveting plot.

Kiley Reid On 'Such A Fun Age'

Kiley Reid On 'Such A Fun Age'

In the book's opening chapter, Emira is called away from a friend's birthday party by Alix ("uh-leeks") Chamberlain, whose two daughters, Briar and infant Catherine, she babysits for several times a week. Someone has thrown an egg at the Chamberlain house, hard enough to shatter a window, and Alix wants Briar out of the house when the police arrive. Emira, both somewhat tired of the party and in need of the extra cash, takes Briar to a grocery store in the Chamberlains' neighborhood, her friend Zara tagging along. She, Emira, and Briar have an impromptu dance party in the frozen foods aisle, as one occasionally will when a toddler is around, before Zara heads off for a hookup.

The lovely, upbeat scene collapses when a security guard approaches and starts interrogating Emira because a white woman, who only moments before was congenially laughing at the dancing trio, was concerned to see a black woman with a white child out so late. "We just came here to look at nuts. Well, we don't touch them or anything. We're just... we're really into nuts right now, so... yeah," Emira tells the guard, but the situation escalates to the point where a white man starts capturing the verbal altercation with his phone ("Can you step off?" Emira asks him; "I think you're gonna want this filmed," he says.) and Emira has to call Peter Chamberlain to come and reassure the guard. "He's an old white guy," she says, "so I'm sure everyone will feel better." She's right; they do.

Over the course of the following months, the tensions between Emira and the Chamberlains rise due to several factors that have very little to do with Emira herself. Alix, the novel's other main character — and foil, and sometimes antagonist — is a semi-successful businesswoman who has made a career out of writing letters requesting free stuff from companies and getting what she asks for. She also breastfed Briar while speaking at a panel once, an act of have-it-all-feminism that garnered lots of attention. What happened to Emira at the store has Alix consumed with (white) guilt, especially since the egg thrown through the window came with a cry of "racist," aimed at Peter, a news anchor, who said, during a feel-good human interest segment earlier that night, that he hoped a black boy taking a white girl to Homecoming had "asked her father first."

This is a book that will read, I suspect, quite differently to various audiences — funny to some, deeply uncomfortable and shamefully recognizable to others.

Emira and Alix have as much distance between them in terms of class as race. Emira comes from a working class family of driven, creative people, which is part of why she feels especially weird that she isn't ambitious in a particular direction. Alix's parents became very suddenly wealthy when she was a teenager, inducting her into a nouveau riche lifestyle she had no idea how to handle and which she is still uncomfortable with, despite having leaned further and further into upper-middle class affluence over the years. But what the two women do share — not in the way you'd expect — is Kelley Copeland, the tall, handsome, and seemingly woke white guy who thought Emira would want her encounter filmed.

To share more of the plot would be to spoil the fun, as it were. This is a book that will read, I suspect, quite differently to various audiences — funny to some, deeply uncomfortable and shamefully recognizable to others — but whatever the experience, I urge you to read Such a Fun Age. Let its empathic approach to even the ickiest characters stir you, allow yourself to share Emira's millennial anxieties about adulting, take joy in the innocence of Briar's still-unmarred personhood, and rejoice that Kiley Reid is only just getting started.