Accessibility links
Vehicle Bomb Kills At Least 79 In Somalia, Injures 149 Others Many of the victims were students. It's one of the deadliest attacks in Somalia in recent years. No one claimed responsibility but al-Shabab has carried out similar attacks in the past.

Vehicle Bomb Kills At Least 79 In Somalia, Injures 149 Others

Vehicle Bomb Kills At Least 79 In Somalia, Injures 149 Others 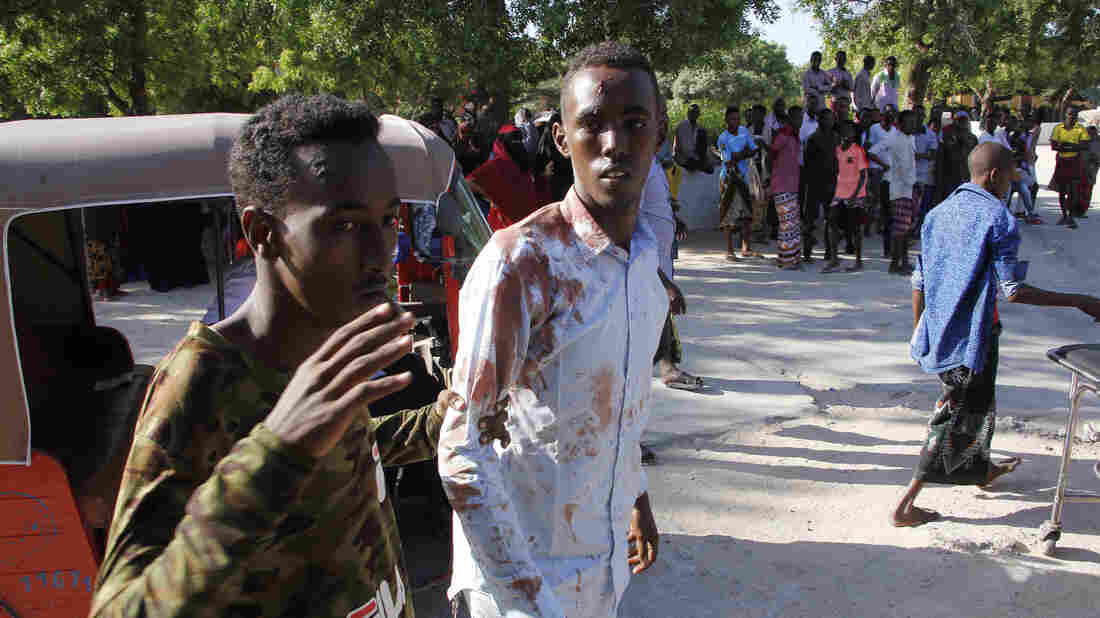 A civilian who was wounded in suicide car bomb attack is helped by a friend at checkpoint in Mogadishu, Somalia, Saturday. Farah Abdi Warsameh/AP hide caption 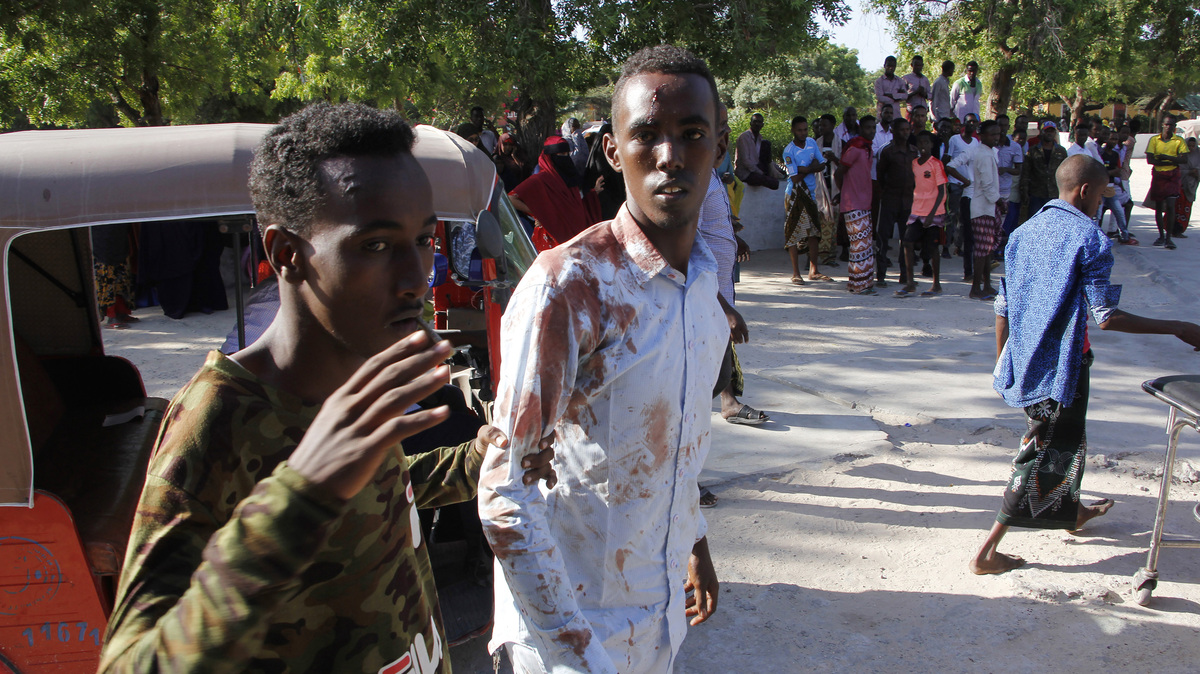 A civilian who was wounded in suicide car bomb attack is helped by a friend at checkpoint in Mogadishu, Somalia, Saturday.

A vehicle bomb exploded at a security checkpoint in Mogadishu, the capital of Somalia, killing at least 79 people Saturday morning, officials said.

Many of the victims were students. The attack is one of the deadliest in Somalia in the past two years. Government spokesman Ismael Mukhtar Omar said that at least 149 others were injured.

The area was "full of people. We can say also the students were the most vulnerable because the schools are open at 7:30 and the time was 7:30 when the explosion happened," said Dr. Abdulkadir Abdirahman Adan, who runs a free ambulance service in Mogadishu.

It happened as Somalis were starting their work week.

Television footage showed a bloodied bus that was reportedly filled with students.

An officer told Voice of America it was a truck bomb that exploded at a busy intersection for vehicles leaving and entering Mogadishu.

Capt. Mohamed Hussein said the explosion targeted a tax collection center during the morning rush hour, according to The Associated Press.

No group immediately claimed responsibility for the attack, but Islamist militant group al-Shabab has repeatedly carried out similar attacks.

More than 500 people were killed in bombings in October 2017 in Somalia's deadliest attack to be blamed on al-Shabab.