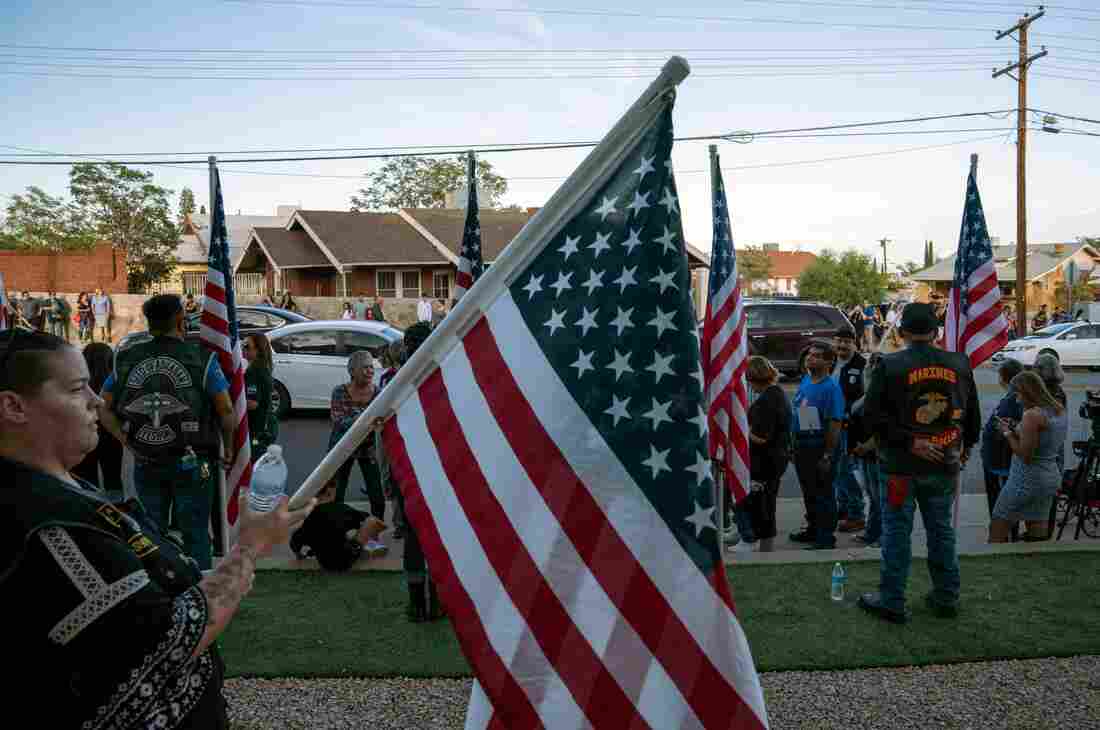 People attend the visitation service for Margie Reckard at La Paz Faith Center in El Paso, Texas, in August 2019. She was killed in white supremacist attack that targeted Latinos at a Walmart. Paul Ratje/AFP via Getty Images hide caption 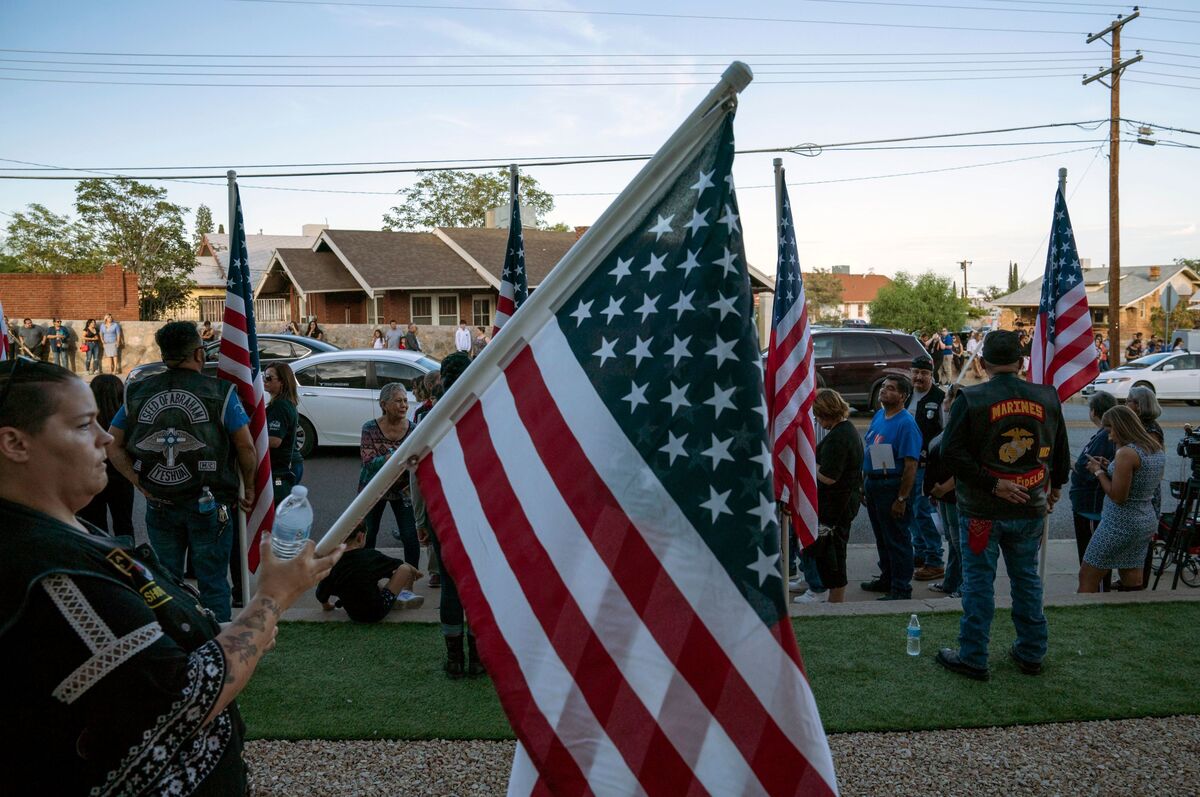 People attend the visitation service for Margie Reckard at La Paz Faith Center in El Paso, Texas, in August 2019. She was killed in white supremacist attack that targeted Latinos at a Walmart.

The torch-wielding racists who marched on Charlottesville, Va., two years ago showed the ugly new face of the far right. Their deadly rally shocked the nation into paying attention to how racial hatred could turn into organized violence.

"We did see movement in public policy and public rhetoric on violence inspired by white supremacy and white nationalism," said George Selim, who oversees the Anti-Defamation League's Center for Extremism.

Since the Sept. 11 attacks, the nation's security apparatus has fixated almost exclusively on Islamist extremists, fighting them with FBI task forces, prevention programs and military operations abroad. That focus has persisted even though the far right – primarily violent white supremacists — has been the deadlier and more active threat in the United States for years, according to the FBI.

Now, with the decline of jihadist attacks and the rise of far-right violence, that focus is shifting. The past year brought a raft of new efforts to better understand and fight a resurgent far right, including from law enforcement and academics. The change is gradual, Selim emphasized, but the public and policy response is finally starting to catch up with the domestic threat.

"The number of congressional hearings on these topics in 2019 was significant, and an important metric of the seriousness of these threats at the national level," Selim said. "And many members of Congress, both Democrats and Republicans, have used their public profiles to condemn these lethal forms of violent extremism, but more still needs to be done to appropriately resource these threats at the federal, state and local levels."

Among the responses to far-right violence in the past year:

Extremism monitors say some of the measures have been in the works for a while, but were accelerated by the pace and violence of incidents. In 2019, white supremacists staged several high-profile attacks around the world, from the mass killing in March of Muslim worshipers in Christchurch, New Zealand, to the massacre of Latino shoppers at a Walmart in El Paso, Texas, in August.

President Trump's response to those two attacks suggested that the White House, too, evolved over the year. After the New Zealand attack, Trump was asked if he thought white nationalism was a growing threat and he replied, "I don't, really," and shrugged it off as "a small group of people."

Five months later, after the El Paso attack, Trump issued a full-throated condemnation of white supremacy, saying "hate has no home in America." Civil rights activists said it was the kind of response they'd hoped for after the Charlottesville neo-Nazi rally, when the president made his now-infamous "very fine people on both sides" statement.

After El Paso, there was no such equivocating.

'Hate Has No Place' In America, Trump Says After El Paso And Dayton Shootings

"The shooter in El Paso posted a manifesto online consumed by racist hate," Trump said in televised remarks. "In one voice, our nation must condemn racism, bigotry and white supremacy. These sinister ideologies must be defeated."

The steps toward a more robust response to the far-right threat are tentative for now. Extremism trackers said they'll be watching for follow-through in 2020 – from the White House, from Congress, from federal authorities – on pledges to give the issue more resources and attention.

The monitors are also bracing for the 2020 presidential election – hate crimes typically rise in election years, they said, and the divisions now are even deeper than they were in 2016.

"We've seen record spikes in domestic terrorism and anti-Semitic incident in the past few years," said Selim, of the ADL. "So we'll unfortunately continue to be on edge as the new year approaches."