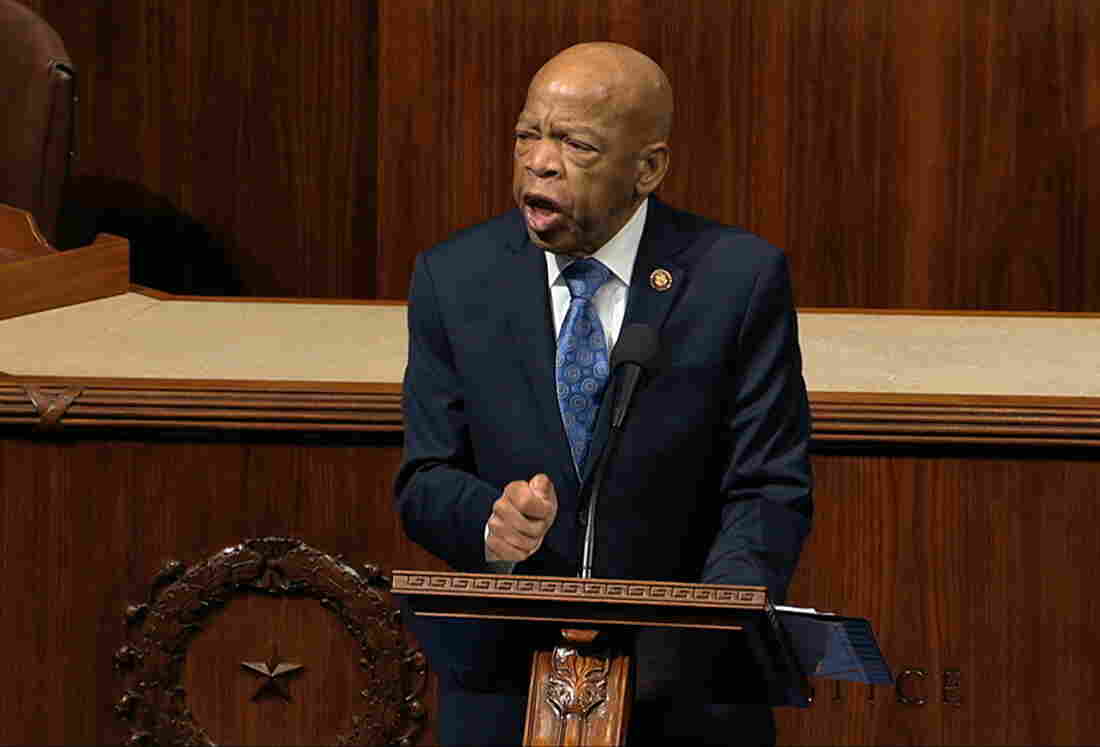 Rep. John Lewis, D-Ga., speaks as the House of Representatives debates the articles of impeachment against President Trump this month. Lewis says he'll stay in office while he undergoes treatment for pancreatic cancer. House Television via AP hide caption 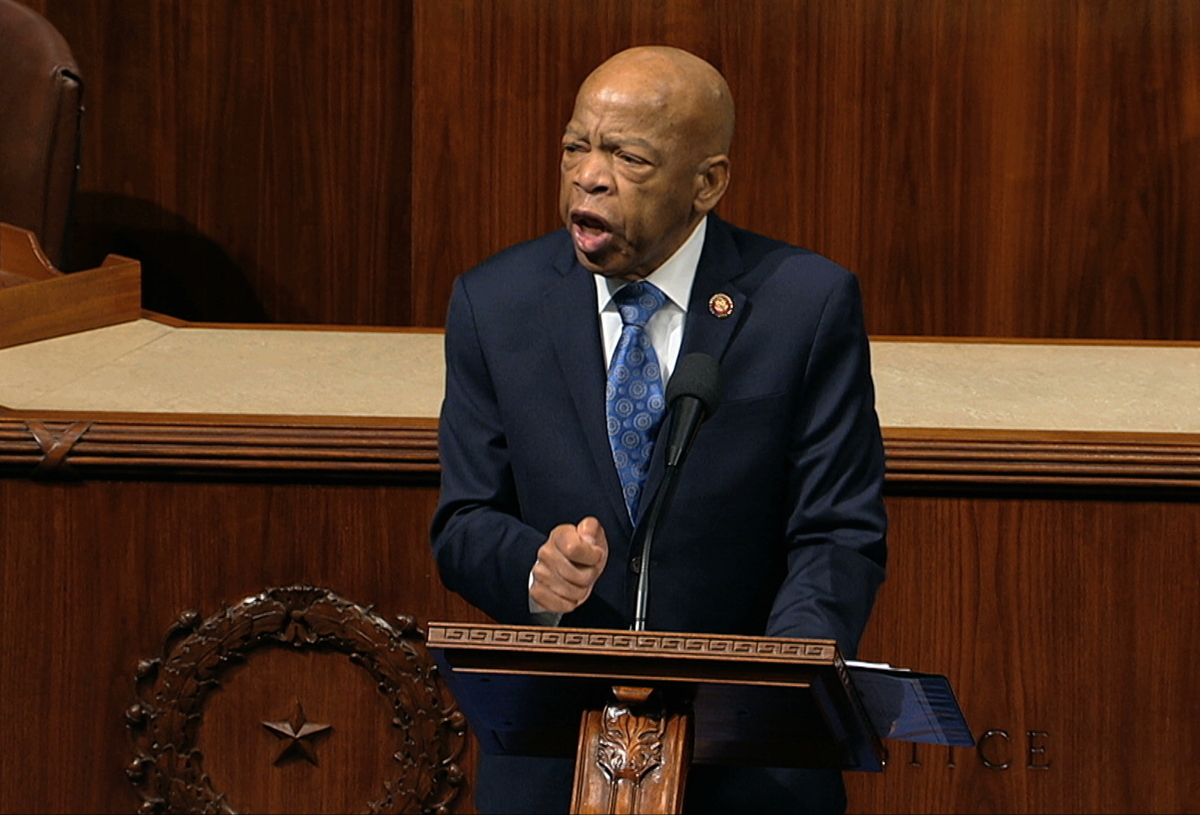 Rep. John Lewis, D-Ga., speaks as the House of Representatives debates the articles of impeachment against President Trump this month. Lewis says he'll stay in office while he undergoes treatment for pancreatic cancer.

Georgia Rep. John Lewis, an icon of the civil rights movement, has been diagnosed with stage 4 pancreatic cancer. The Democratic congressman will stay in office while he undergoes treatment, his office announced on Sunday.

"I have been in some kind of fight — for freedom, equality, basic human rights — for nearly my entire life. I have never faced a fight quite like the one I have now," Lewis said in a statement.

The 79-year-old says the diagnosis was made during a routine medical visit this month.

He added, "While I am clear-eyed about the prognosis, doctors have told me that recent medical advances have made this type of cancer treatable in many cases, that treatment options are no longer as debilitating as they once were, and that I have a fighting chance."

Lewis, the only remaining survivor of the "Big Six" leaders who spearheaded the 1960s push for civil rights, vowed to fight the disease with the same vigor with which he fought for racial equality.

"I have decided to do what I know to do and do what I have always done: I am going to fight it and keep fighting for the Beloved Community," he said. "We still have many bridges to cross."

Lewis says he will continue representing Georgia's 5th Congressional District, a position he's held since he was first elected in 1986, while he begins treatment "over the next several weeks."

"I may miss a few votes during this period, but with God's grace I will be back on the front lines soon," Lewis continued in the statement.

Noted leaders tweeted their support to Lewis after the announcement, including former President Barack Obama, who nodded to the congressman's fighting spirit.

"If there's one thing I love about @RepJohnLewis, it's his incomparable will to fight," Obama wrote. "I know he's got a lot more of that left in him. Praying for you, my friend."