Accessibility links
Census Bureau Releases Final Report On 2019 Test Of Citizenship Question The question would have likely lowered census response rates in some areas, according to the Census Bureau's final report on its experiment testing public reaction to the controversial inquiry. 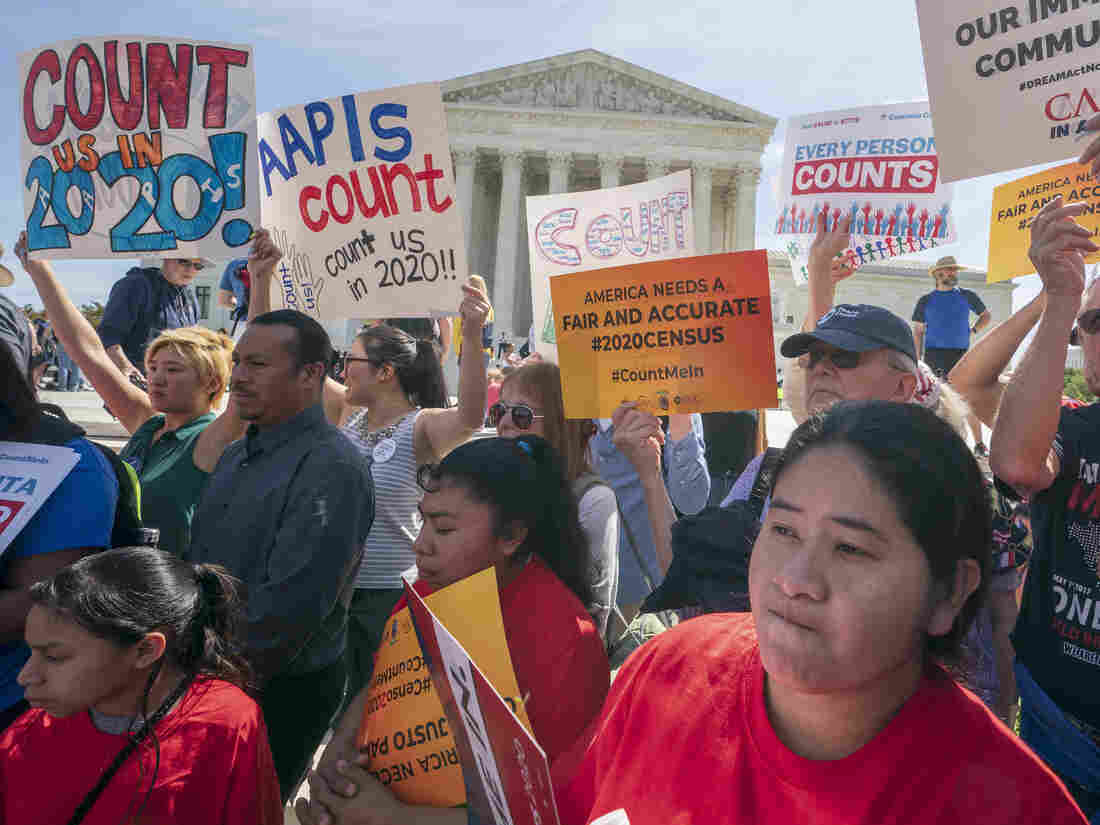 Demonstrators against the Trump administration's push to add a citizenship question to the 2020 census rally outside the U.S. Supreme Court in Washington, D.C., in April. J. Scott Applewhite/AP hide caption 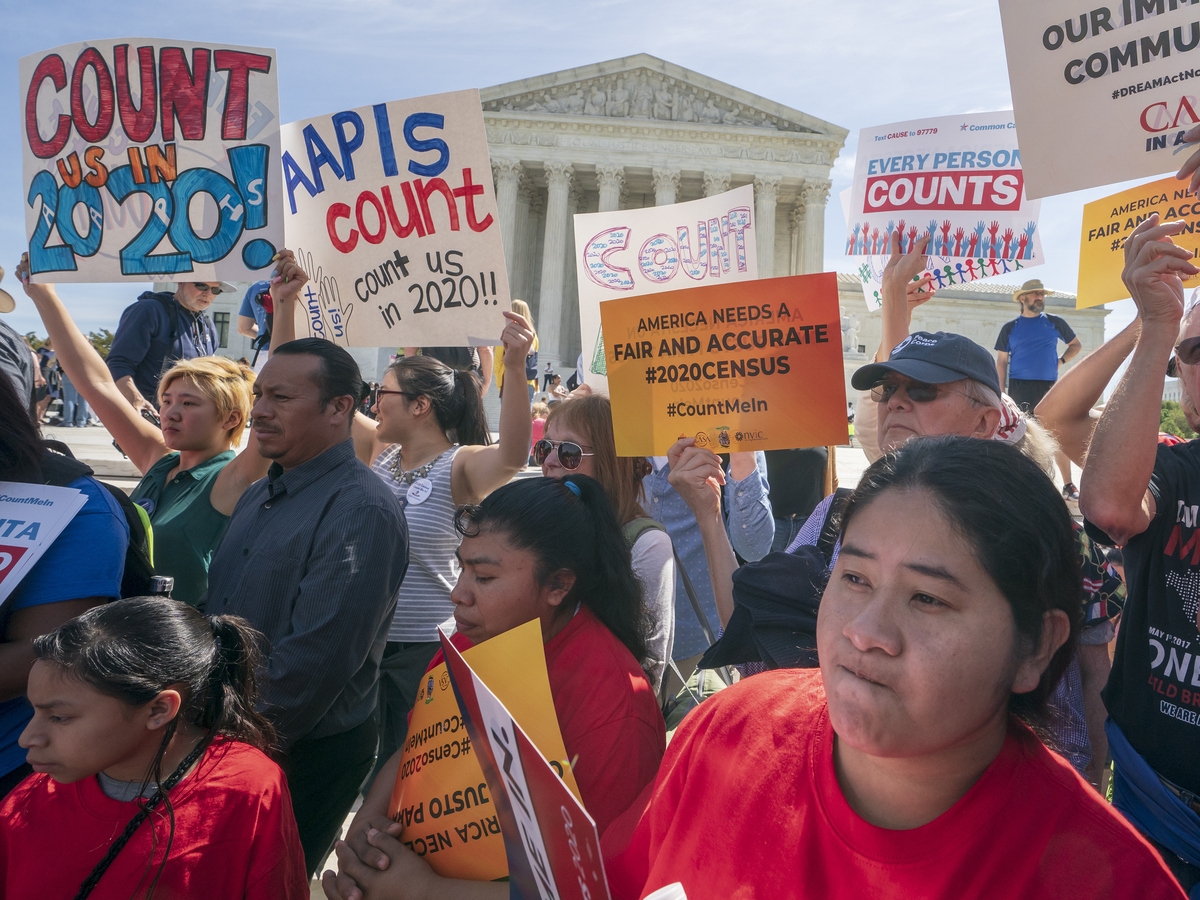 Demonstrators against the Trump administration's push to add a citizenship question to the 2020 census rally outside the U.S. Supreme Court in Washington, D.C., in April.

The citizenship question the Trump administration wanted to add to the 2020 census would have likely been especially sensitive in areas with higher shares of Latinx residents and noncitizens. That's among the Census Bureau's final conclusions from its recent experiment testing public reaction to the question.

If courts had not blocked the question from appearing on census forms, it would have also likely lowered self-response rates in parts of the U.S. where Asian residents make up between 5% and 20% of the population, according to the Census Bureau's final report on the national experiment conducted earlier this year.

The findings released on Monday flesh out preliminary analysis the bureau put out in October when officials announced the question likely would not have had a significant effect on overall self-response rates.

Digging deeper into specific groups, however, the bureau did find statistically significant differences between certain households asked to fill out a test census form with a citizenship question and those presented with forms without one.

"These differences were small," wrote Victoria Velkoff, the bureau's associate director for demographic programs, in a blog post about the bureau's early findings.

Still, Monday's report highlights signs that the question may have made it more difficult for the federal government to collect responses for the constitutionally mandated head count from some of the groups the Census Bureau considers hardest to count, including Latinx, Asian and non-English speaking residents.

In areas where Latinx residents make up more than half of the population, the bureau found a 1.1% difference in self-response rates between those who did not encounter the question and those who did.

The bureau also found that participants asked a citizenship question were less likely to identify as Hispanic than those who were not asked about their U.S. citizenship status, even though the bureau says it designed the experiment so that each group was demographically similar.

Including the question resulted in statistically significant dips in the self-response rates particularly in the Western states of Alaska, California, Hawaii, Idaho, Nevada, Oregon and Washington. In areas of that region where at least a fifth of homes have a Spanish-speaking adult who does not speak English very well, the bureau found the citizenship question led to a difference as high as 2.4% in self-response rates.

The bureau does raise a major caveat about the final findings from its experiment, which began in mid-June amidst the heated legal battle over the question and weeks before the U.S. Supreme Court ruled to keep the question off.

The officials add these results are not expected to lead to a "major change" in the bureau's 2020 plans, but they could prove valuable to any future plans for a census citizenship question.