Accessibility links
How To Quit Your Job : Life Kit Whether you're completely fed up or just ready for the next thing, quitting a job can be stressful and complicated. You don't want to quit a job without a game plan, so consider this episode your checklist before putting in your two weeks' notice. 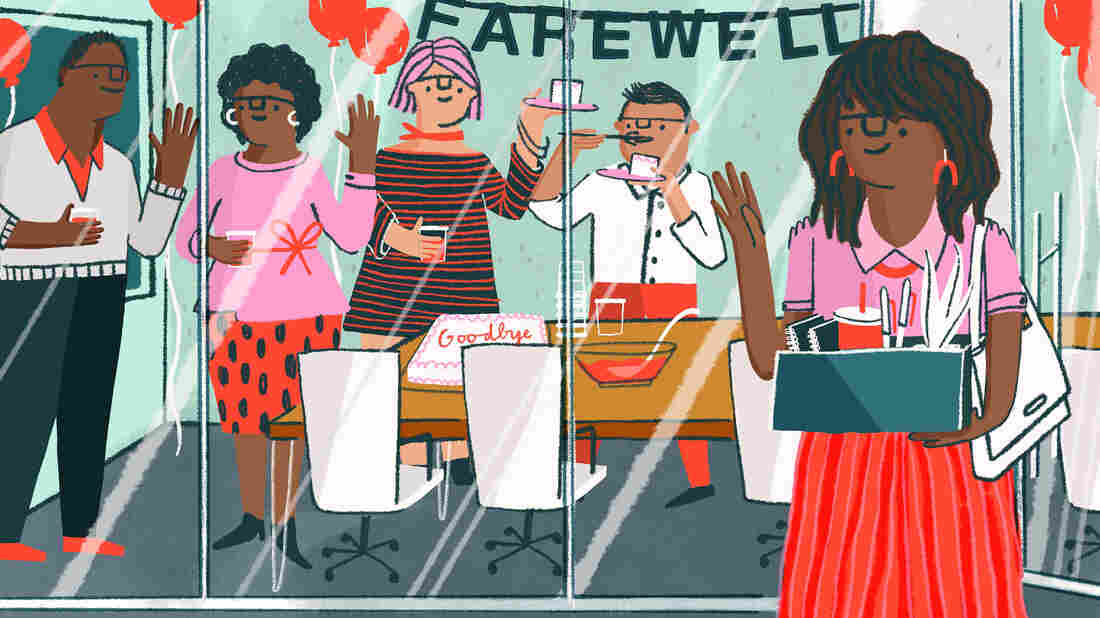 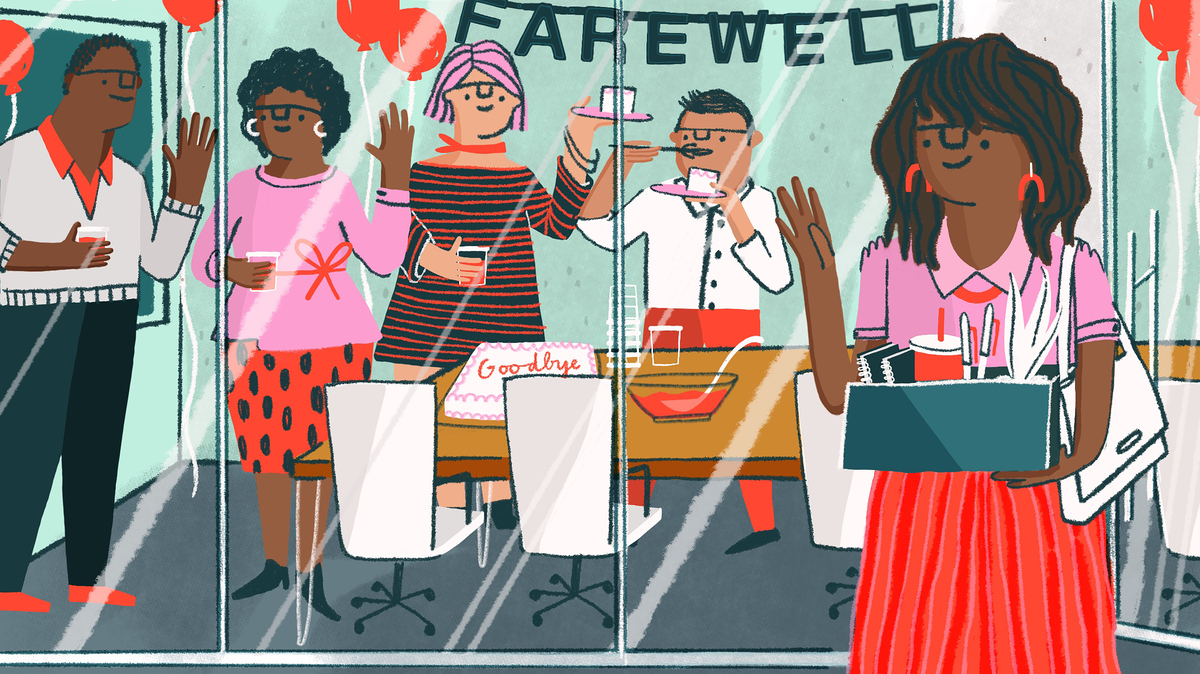 Falling out of love with your job? Unmotivated about work? Maybe you're even fantasizing about your epic mic-drop resignation.

If you're experiencing feelings along this spectrum, pay attention to them! The sooner you start planning your exit, the better, because quitting a job out of anger or on impulse (even if it sounds satisfying in the moment) will only hurt you.

In fact, there are ways to leave your job that could actually help build your reputation and set you up for success in your next role. Think building bridges, not burning them.

J.T. O'Donnell, founder of the career coaching site Work It Daily, has decades of experience in human resources and advising workers on job transitions. She says people often get too emotional when it comes to their work.

"So many people, when they get to the point of, 'I need to quit,' " O'Donnell says, "they're super emotional. You don't just get emotional overnight."

1. Pay attention to your feelings about work — before you get too emotional

If you're starting to feel disenchanted with your boss or you no longer see a path for growth, recognize that feeling early and let it spur you to action.

O'Donnell says most people start planning when it's way too late.

"I just hope people will recognize those signs sooner," says O'Donnell. Often people wait until things get so toxic or they are so demoralized that they get emotional. That's when people say hateful things and storm out.

2. Have a plan before you quit

For the most part, quitting should not be a spur-of-the-moment decision. It might feel good in the moment, but leaving on bad terms only hurts you. Remember, you might need to ask people at your old job for a reference in order to get a new one.

O'Donnell says there are other wrong ways to quit: Don't resign before you have a written offer; a verbal one might fall through. Don't quit to look for a job; that's just bad time management. Quitting on impulse leads to gaps on résumés that don't look good.

Run toward a goal, not away from a bad job situation. The first step in preparing is defining what you're looking for, O'Donnell says.

O'Donnell recognizes that having a plan works great, when things go to plan. But they don't always. There are situations that demand an immediate exit — such as workplace assault or sexual harassment, or when the stress is so high it's causing medical problems.

Outside those instances, where you're physically unsafe, she says, most people can buy a little time to plan.

3. Get your financial house in order

The next is to have a financial plan, as well as health insurance.

It took Anna Trujillo, a senior project manager for a bank in Salt Lake City, three years to get comfortable with the idea of leaving what was her first job.

"I'd wake up in the morning and just sit at the bed and cry," says Trujillo, who says she loved her co-workers but felt overworked and was also taking care of her sick mother at the time. Only after her then-fiancé showed her some financial analysis that they'd be fine on savings for nine months did she feel comfortable quitting.

Ideally, says O'Donnell, a plan would involve a year's worth of savings, because the average job search takes nine months. "People aren't as prepared for the job search to take as long or be as hard."

Not everyone has banked a year's worth of a safety net — or they get forced out of a job before reaching that savings milestone. For them, O'Donnell recommends getting a side job, downsizing their life, selling off any excess items they can live without — all before being unemployed.

Find Money You Didn't Know You Had

Be The Master Of Your Budget

4. Get your story straight

Even if the job was horrible, think about the lessons learned and try to find a positive spin on things. Try saying something like, "This move is about me wanting a new challenge in my career." The exit interview is not a dumping ground for pent-up grievances. Remember, what you say will be documented and kept in your file.

The first person to know about your pending departure should be your boss, regardless of your relationship with that person. The conversation should take place face-to-face or at a minimum over the phone — never over text or email.

After you've told the boss and talked to human resources, then you can tell co-workers, but be sure to stick to the script — and don't talk about your new job on your outgoing employer's time. "Don't be pulled into gossip. Stay positive," O'Donnell says.

One of the best things you can do to leave a good last impression is to make sure your old employer is not left in the lurch. If you can, offer to train your successor or negotiate a leave date that works for your old employer.

Don't try to take clients with you, especially if you have a noncompete agreement in your employment contract. Employers have deeper pockets to sue ex-employees if they violate those terms, O'Donnell says.

Beloved colleagues can often be the hardest to say goodbye to. But make sure to not just stay connected but to also proactively write public recommendations for your former co-workers on LinkedIn. Be specific about what they do well and what you liked about working with them. This will not only help them, but it will likely help you seal your own reputation as a great colleague.