Accessibility links
Senate Impeachment Trial Schedule And How It Works Now that the House has impeached President Trump, the process shifts to the Senate, which will vote on whether to convict him. Here is your guide to the steps and the people that matter.

The Senate is scheduled to vote on President Trump's fate on Wednesday at 4 p.m. ET after about two weeks of his impeachment trial.

The House of Representatives impeached the president in December, charging him with abusing his power and obstructing Congress for efforts to get Ukraine to investigate Trump's political rivals.

The Senate trial has included opening and closing arguments from the Democratic House impeachment managers and Trump's defense team, as well as a 16-hour period of questioning by senators.

Outside of the official trial, senators have time Monday through Wednesday to speak on the floor about impeachment.

The trial itself had a raucous start. Senators passed a resolution on the ground rules for the trial on Jan. 21 after a marathon 13 hours of debate that included multiple failed attempts by Democrats to get a commitment on witnesses and documents.

The issue of whether to allow witnesses has been a central controversy in the proceedings, with senators ultimately voting not to call any at all. 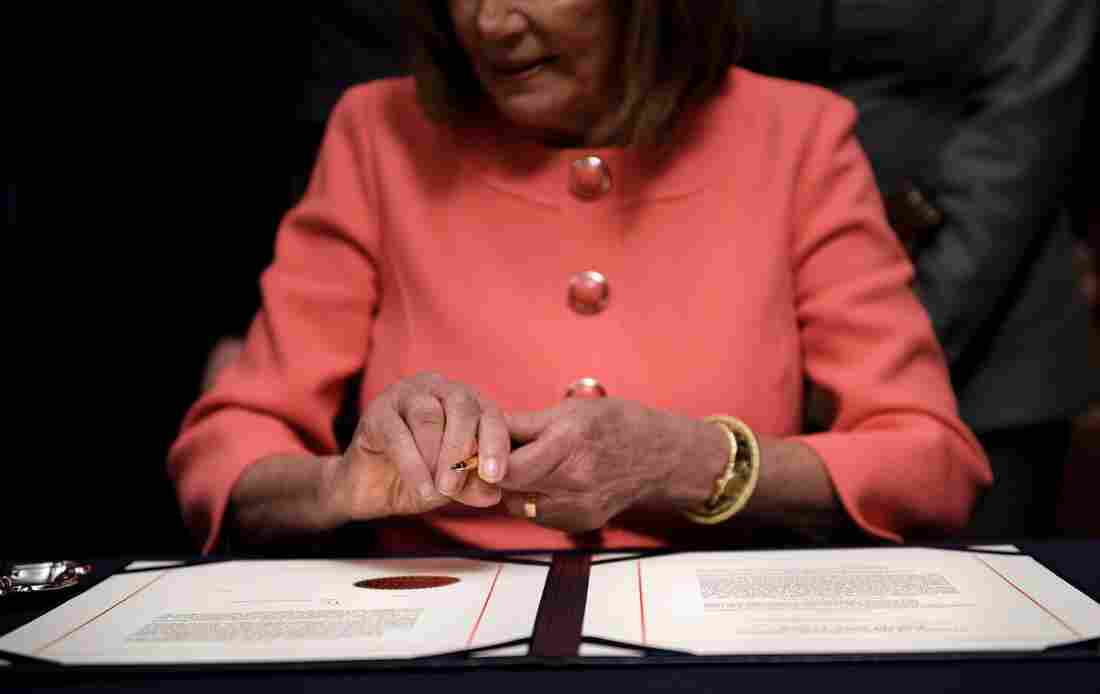 Here is more about how the trial has played out.

The details of a Senate impeachment trial are generally up for negotiation, but that negotiation essentially ended when Senate Majority Leader Mitch McConnell, R-Ky., announced he had the votes to move ahead with a resolution outlining the process without Democrats.

House Speaker Nancy Pelosi, D-Calif., delayed transmitting the articles to the Senate for nearly a month, hoping to get details on how the trial would work. McConnell didn't budge, though.

Republicans passed McConnell's resolution on Jan. 21, with some last-minute, hand-written changes, but not before Democrats offered multiple amendments, triggering hours of debate.

Senate Minority Leader Chuck Schumer, D-N.Y., had been pushing for a deal up front that would include testimony from witnesses, including Trump administration officials. The resolution that passed delayed debate on witnesses and new evidence until after days of opening statements and questioning from senators.

During the trial, there are clear rules for each of the key players. U.S. Chief Justice John Roberts presides. Senators do not do the talking; they can only submit written questions. Senators did have a 16-hour period of questioning after both parties gave opening arguments, where senators submitted written questions that Roberts then read allowed to the prosecution and defense teams.

Impeachment managers from the House represent the Democrats' argument. The president's defense includes White House counsel, outside attorneys and a number of Republican members of the House.

Opening arguments began Jan. 22. Each side had up to 24 hours over three days to make their case (the original resolution from McConnell only afforded two days to each side).

After opening arguments, senators had 16 hours to ask questions in the chamber, followed by two hours of arguments each by the House impeachment managers and the president's lawyers.

Then came the debate on whether to subpoena witnesses or introduce new documents.

This is where moderate Republicans became crucial to each side. Four Republicans would have had to join the Democratic caucus to get witnesses, but Democrats only convinced two to join them, Sens. Susan Collins of Maine and Mitt Romney of Utah.

Swing votes Lamar Alexander of Tennessee and Lisa Murkowski of Alaska announced before the vote that they opposed witnesses.

After the trial, the Senate votes on whether to convict or acquit the president on each article of impeachment. Convicting Trump and therefore removing him from office requires 67 votes. That would mean 20 Republicans would have to join Democrats in the effort — a highly unlikely prospect.

Acquitting Trump of the charges or dismissing the charges, however, takes only 51 votes. This is the most likely outcome in the Republican-controlled Senate.

Can't see the graphics in this story? Click here.