Accessibility links
Australia Fire Traps Seaside Residents On Beach An out-of-control wildfire threatened exit routes from the town of Mallacoota, forcing residents to rush toward the water for safety as embers rained down from a red sky. 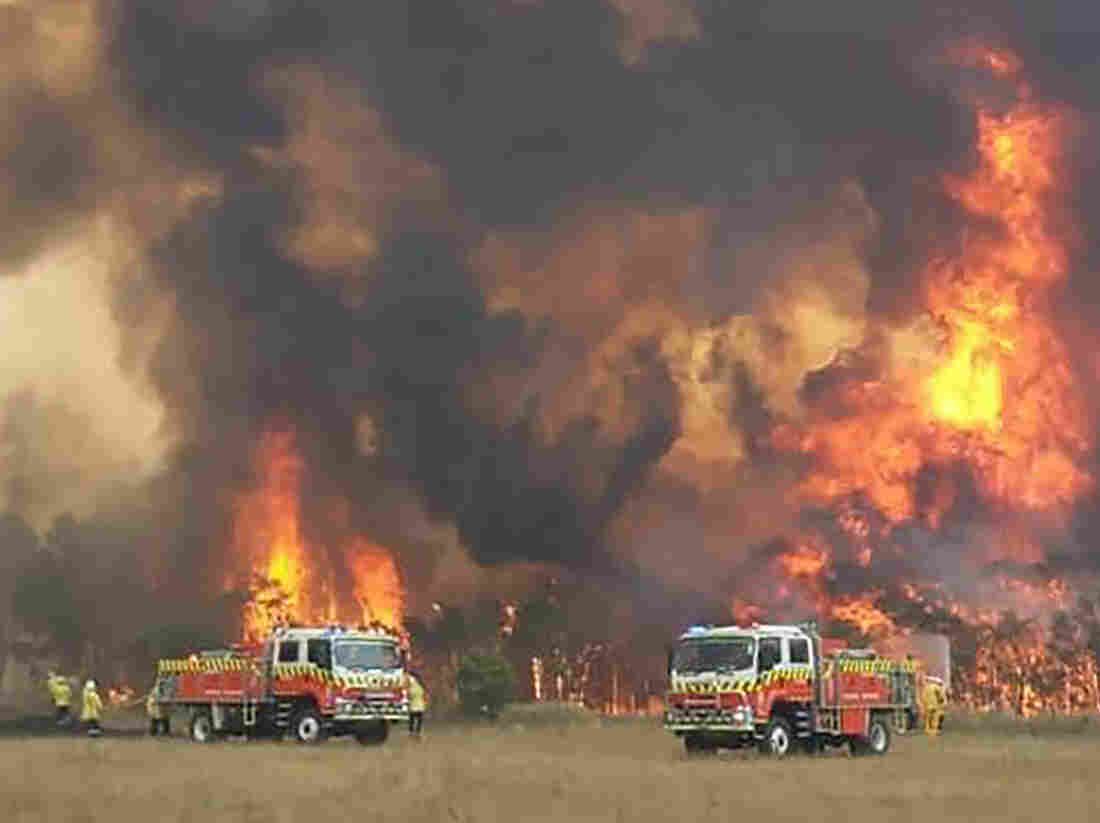 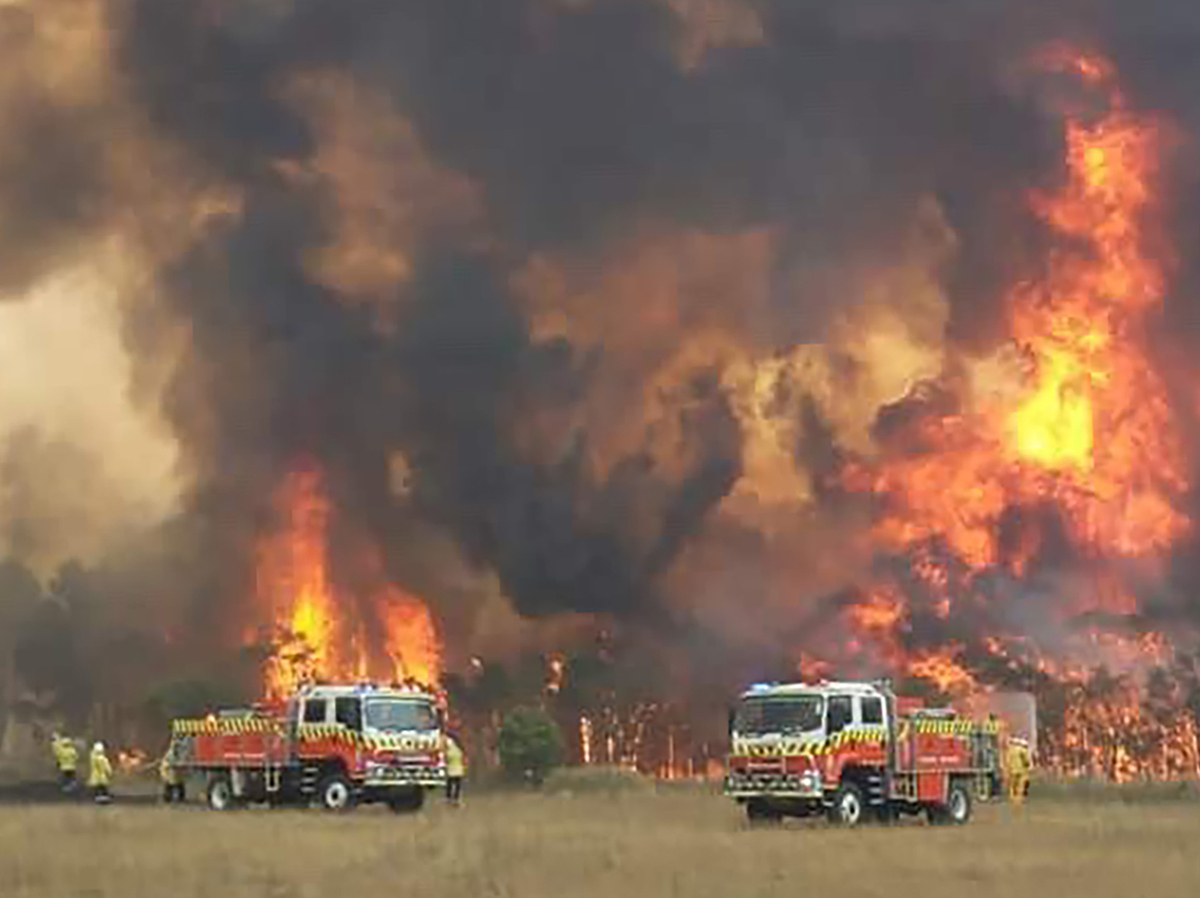 In the small coastal Australian town of Mallacoota, an out-of-control wildfire on New Year's Eve morning forced some 4,000 people to flee to the water during one of the country's most destructive fire seasons in recent memory.

Alex White, a reporter for the Herald Sun, told NPR that Mallacoota is popular among tourists and fishermen. The extreme conditions threatened all the roads out of town.

"When there was a really dramatic wind change at about 4 a.m., it swept close to the town and actually burned some buildings in the town, and everyone had to evacuate down to the beach," she said. "There were reports of embers the size of mobile phones falling on people, smoke everywhere."

Fisherman Steve Casement, a Mallacoota resident, told Reuters that he lost his house to the fires. "We are stuck here now," he said. "Everyone is pretty shocked at the moment, most of my mates are in the same position. ... Right now, I am on a trailer watching the town burn down, listening to gas bottles explode at some poor bugger's home and seeing smoke all around me."

Photos from Mallacoota show people on boats and wearing masks as the sky glows bright red. "This is really scary now, it's just red, everywhere," a Facebook user at the scene is quoted as saying by Australia's ABC. "The wind is intermittently howling, which brings more embers."

Eventually, a change in wind direction moved the most serious fires away from the town. "I understand there was a public cheer down at the jetty when that was announced," local fire chief Steve Warrington told the BBC. The extent of the damage is not totally clear, though Warrington is quoted as saying there may be "significant property losses."

Australian military helicopters and an airplane were deployed to assist in the firefighting efforts in the state of Victoria, where Mallacoota is located, Australian Minister for Defense Linda Reynolds stated on Twitter.

Australia Just Had Its Hottest Day On Record

In New South Wales, Australia's most populous state, authorities said early Wednesday morning, that three men had been killed in the bushfires along the state's South Coast.

At about 7.30 a.m. local time, officers from South Coast Police District were informed the body of a man had been found in a burned-out car on the road near Lake Conjola.

The man has not been formally identified.

Two other men — a 63-year-old and his 29-year-old son – died after remaining behind to defend their farm.

A fourth man, 72, remains unaccounted for.

Shortly after midnight on New Year's Day, authorities in New South Wales said that there were 112 fires burning and 2,500 firefighters working in the state. Another 28 were burning in neighboring Queensland.

"This is absolutely one of the worst fire seasons we've seen," said Shane Fitzsimmons, commissioner of the NSW Rural Fire Service, as Reuters reported. "It's going to be a very long, difficult dangerous night still ahead. It's going to be another difficult day again tomorrow."

The NSW Rural Fire Service said that a volunteer firefighter died on Monday apparently because a truck rolled when it was hit with the fire's extreme winds. Two other firefighters on the truck were hospitalized for burns. The deceased firefighter, 28-year-old Samuel McPaul, leaves behind a pregnant wife, as Fitzsimmons said at a press briefing.

"Our hearts are breaking," Fitzsimmons said. "To lose one of our own in such extraordinary circumstances is tragic, and tragic is just an understatement."

The fires are being exacerbated by record-breaking heat – earlier in December, the country experienced its hottest day ever recorded. It is also facing brutally dry conditions. The government meteorological bureau also says that global warming is contributing to the spike in temperatures.