Accessibility links
Oregon Community Faces Groundwater Crisis Groundwater in southeastern Oregon is drying up. Farming, which uses a lot of that water, could decimate the region unless communities make drastic changes soon. 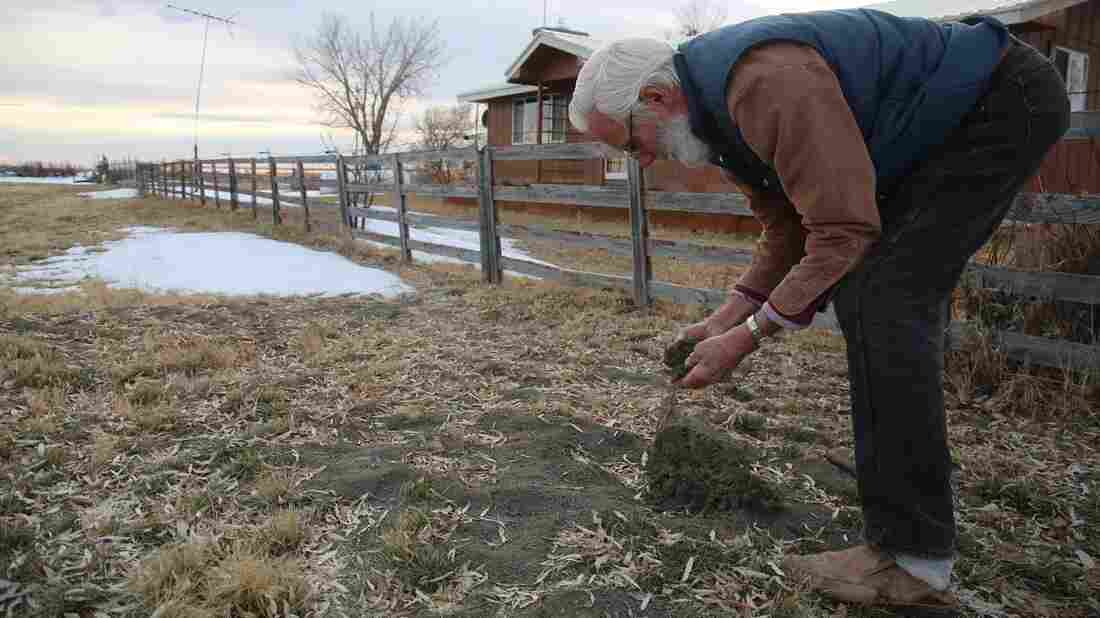 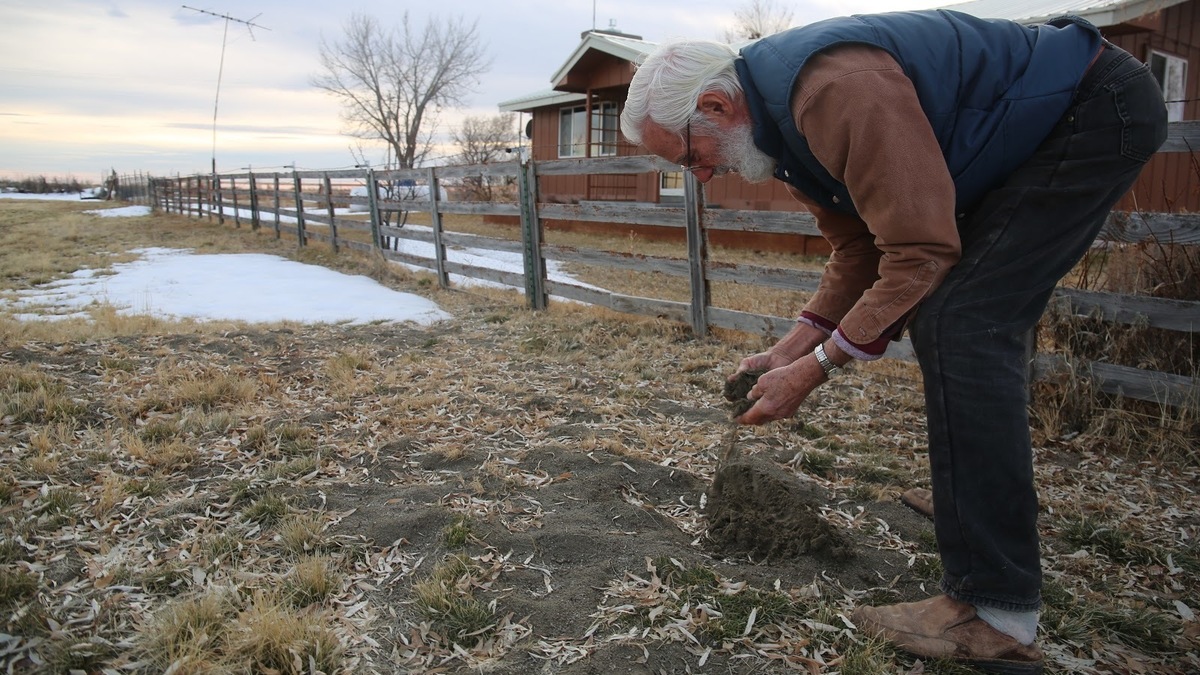 John Thelen's home well near Burns, Ore., produced this pile of black sand before it ran dry. He dug deeper only to reach drinking water contaminated with arsenic.

In a desert far from any city, farmers use groundwater to grow lush green hay. The hay fattens livestock all over the world. But there's a big problem: The water is drying up. Now scientists warn it will take thousands of years for an aquifer in southeastern Oregon to recover, while residents there are already hurting.

At Marjorie and John Thelen's house, the well ran dry in 2015.

"We're not ranchers. We're not growing hay. We're just retired in the country," said 72-year-old Marjorie Thelen, who moved to Oregon with her husband, John, 12 years ago.

Impressed by the mountain views and the rambling sagebrush, they bought a modest house to spend the rest of their days in Harney County, Ore. Then, hay farming boomed around them.

"It was like a gold rush," said 78-year-old John Thelen, describing how more giant steel sprinklers arrived after a state agency warned of water scarcity in 2016. He dreads the growing season: "It's like having your arteries cut open and watching the blood run out, when your water is being sprayed to the wind and it's evaporating away at humongous quantities."

Like most people in this high, dry valley, the couple gets drinking water out of the ground. When their first well failed, they paid thousands of dollars to drill deeper, only to find high levels of arsenic in the groundwater there. Now, their kitchen is cluttered with plastic bottles. A cup of tea starts with a towering filtration system.

The Thelens say enough is enough: that it's time for large-scale agriculture in the desert to end.

Meanwhile, Harney County commissioner and hay farmer Mark Owens says gradual and voluntary conservation is critical for the region's overall economic health. He argues that farms aren't the final destination for the water.

"I use a lot of water, but the crops that I raise go to Tillamook to produce the milk in the ice cream that you eat or the grains to feed the beef that you eat," Owens said.

He points out that without farming, the local tax base would collapse, taking schools, roads, libraries and law enforcement with it.

"This issue that's happening in [the] Harney Basin is going to happen in a community next to you," he said. "If it's not, just wait. We have to protect agriculture."

Aquifer out of balance

Scientists with the U.S. Geological Survey just spent three years studying the Harney Basin, mapping an aquifer starkly out of balance. They found powerful wells draining isolated pockets of water much faster than those spaces refill. But historically, lawmakers divvied up groundwater as if it were coming from some giant subterranean ocean that would never run out.

"I'll give you an example," explained Todd Jarvis, director of the Institute for Water and Watersheds at Oregon State University. "In 1904, a Texas Supreme Court ruling found that groundwater was so secret, occult and concealed that it was too difficult to legally control it." 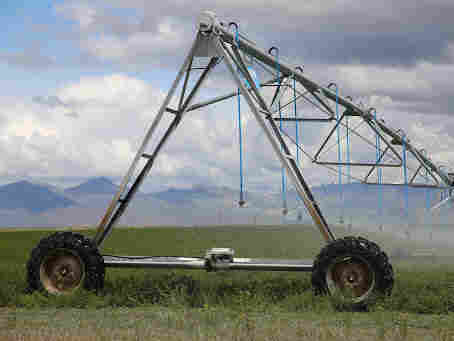 Irrigation pivots spray a field in Harney County, Ore., where scientists warn that the groundwater could take thousands of years to recover from pumping to support agriculture. Emily Cureton/Oregon Public Broadcasting hide caption

More than a hundred years later, this mindset is slowly changing. Texas now has groundwater conservation districts. California recently became the first state to pass a law requiring sustainable groundwater management. And at an Oregon dinner table, people in conflict are working toward the state's first-ever voluntary conservation agreement.

The alternative is to shut off water on the basis of seniority, a centuries-old system that farmers warn would plunge the region into a depression.

For Brenda Smith of the High Desert Partnership, finding common ground is all about building relationships.

"It's a thousand cups of coffee," said the director of the nonprofit that mediates natural resource conflicts in eastern Oregon. Building consensus is slow work, she admits, "but if you're going to fight about it, we don't have that time either."

For the last three years, people in Harney County have been coming together regularly for meals and meetings. They form a circle, where hay farmers like Owens, who want to change slowly, sit across from homeowners like the Thelens, who want decisive action now, before the wells run dry again. The region's very survival is on the line as this group tries to reach a compromise, before it's too late.