Accessibility links
NASA Will Try Out An Instrument Designed To Make Oxygen On Mars The next Mars mission will have an instrument that can make oxygen from the carbon dioxide in the Martian atmosphere. It will be crucial for keeping astronauts alive and for fueling rockets.

The next Mars mission will have an instrument that can make oxygen from the carbon dioxide in the Martian atmosphere. It will be crucial for keeping astronauts alive and for fueling rockets. 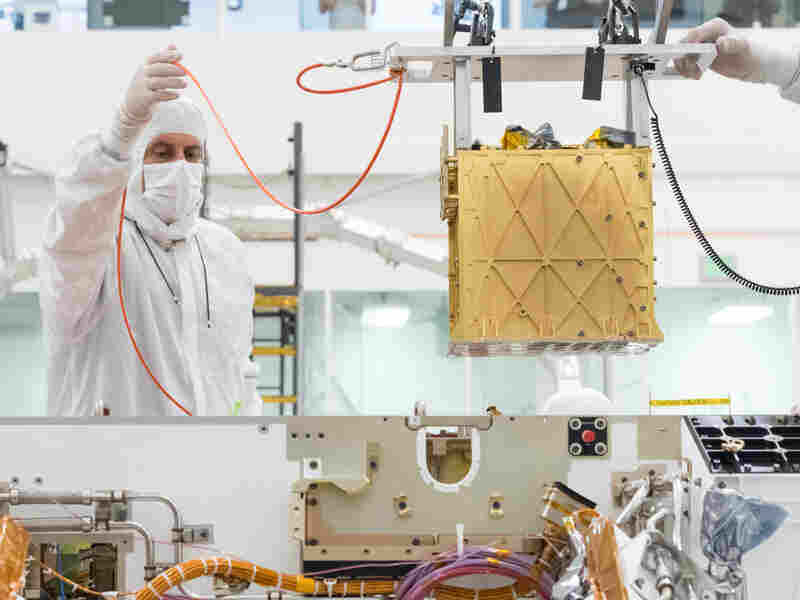 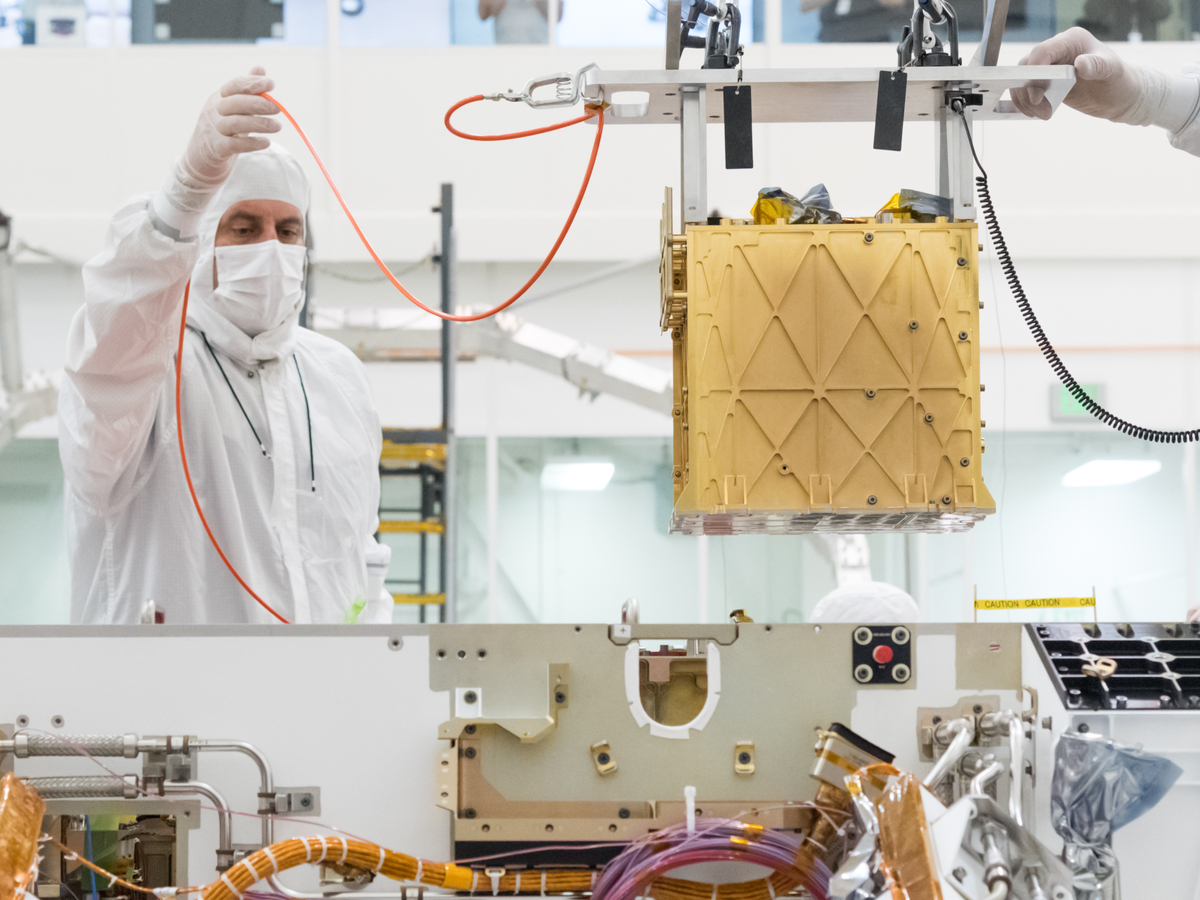 If astronauts are going to walk on Mars someday, they will, of course, need to breathe, so they'll either need to bring oxygen or make it there. On NASA's next robotic mission, they plan to bring an instrument that can do that - that can make oxygen. Here's NPR's Joe Palca.

JOE PALCA, BYLINE: There's an obvious reason you need oxygen once you get to Mars.

PALCA: Jeff Hoffman is a former astronaut now on the engineering faculty at MIT. There's very little atmosphere on Mars to begin with, and only a tiny amount of that is oxygen. But what atmosphere there is is mostly carbon dioxide, and it's possible to make oxygen by chemically separating it from the carbon dioxide, CO2. Hoffman says that would be a good thing.

HOFFMAN: If I were on the surface of Mars, I would be very happy to have a source of oxygen that I could breathe.

PALCA: But a human only needs about 2 pounds of oxygen a day. Hoffman says a bigger oxygen need will be for the propellant for a rocket to bring you home.

HOFFMAN: To get off the surface of Mars, you need a lot of propellant.

PALCA: Tens of tons of propellant, and a lot of that propellant will need to be liquid oxygen. You could ship the oxygen from Earth, but that would be super expensive and highly inefficient.

HOFFMAN: Anything that you can make on Mars is going to reduce the cost and complexity of getting there and surviving there considerably.

PALCA: Hoffman and his colleagues have built an instrument called MOXIE that will go to Mars in a mission later this year. He says the instrument separates oxygen from CO2, and it works great here on Earth.

HOFFMAN: But if you're ever going to rely on a process or a piece of hardware that's really critical for a space mission, and, you know, if you're counting on this to produce oxygen to get home - I would call that critical - you've got to demonstrate that it works not just in the laboratory on Earth, but in the actual environment. And that's why we're sending MOXIE to Mars.

HOFFMAN: Anywhere from roughly 6 to 10 grams of oxygen per hour.

PALCA: That's less than half an ounce. But if MOXIE works as advertised, it could be scaled up. And who knows - maybe MOXIE 5.0 or MOXIE 10.0 will be able to produce enough oxygen for rocket fuel to bring astronauts home.