Accessibility links
California Will Enforce The Energy-Efficient Lightbulb Rule Trump Wants To Reverse California and other states are challenging the Trump administration over its reversal of standards for energy-efficient lightbulbs. 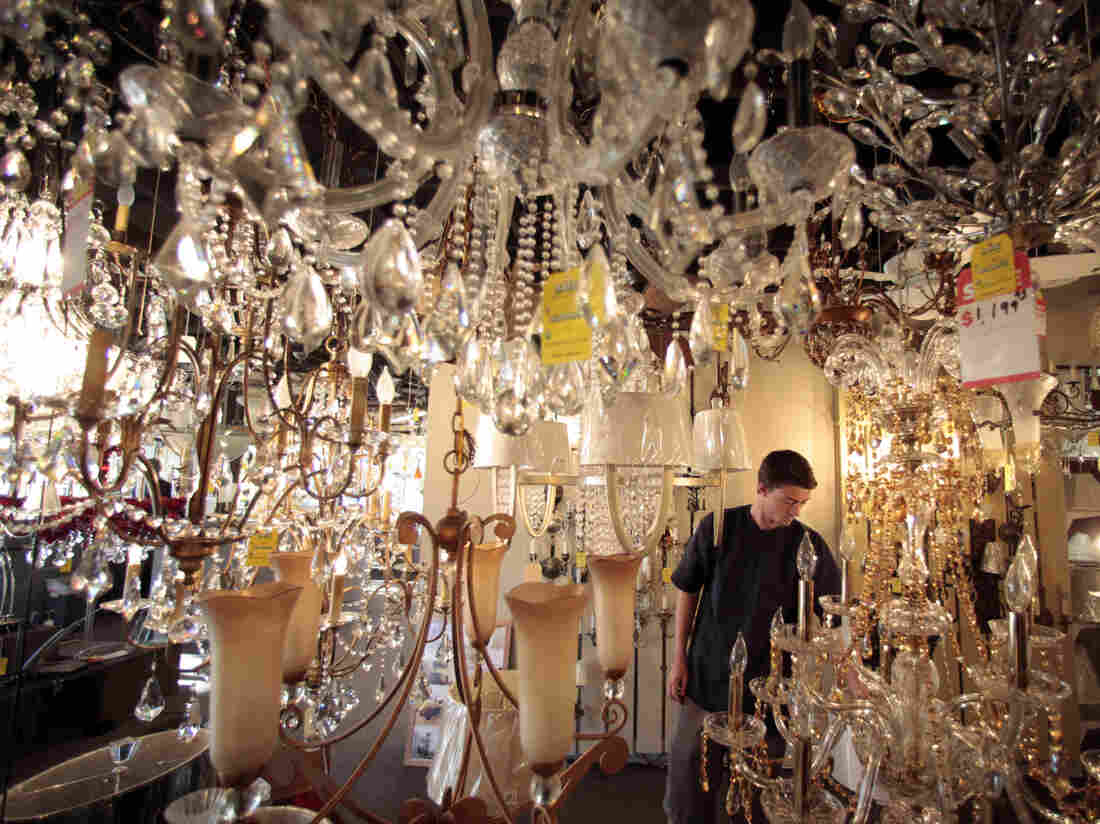 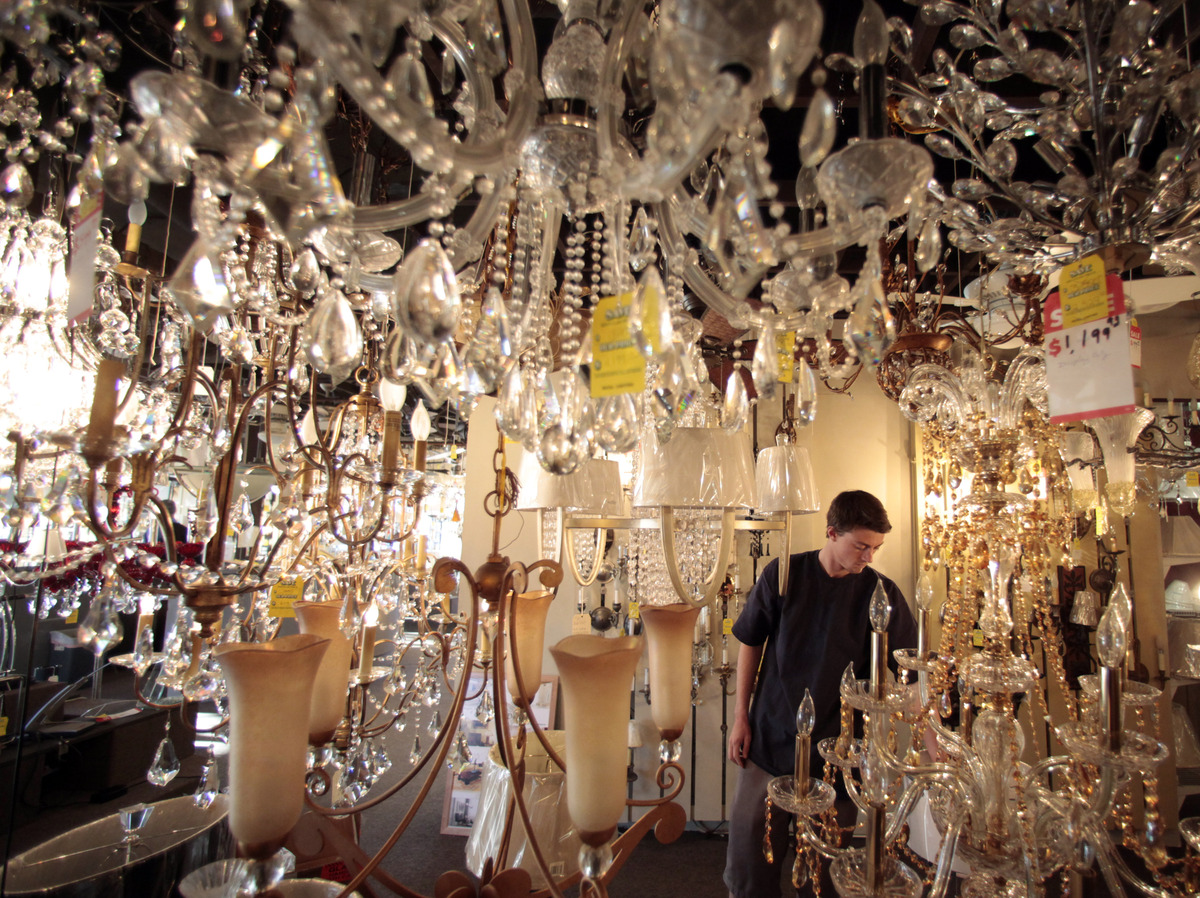 Jack George, an employee at Royal Lighting, looks at chandeliers using incandescent light bulbs at the store in Los Angeles. A federal judge is allowing California to enforce updated efficiency standards that will affect such specialty lightbulbs.

California can now begin enforcing new minimum standards for light bulb efficiency, a federal judge ruled Tuesday. It's the latest split between the state and the Trump administration, which has moved to reverse the same standards on a national level.

The judge rejected a petition for a temporary block by two industry groups, the National Electrical Manufacturers Association and the American Lighting Association. The ALA says it's "conferring with counsel on next steps."

The standards were adopted by the California Energy Commission (CEC) after the Trump administration recently moved to roll them back.

The light bulb efficiency standards originally passed under President George W. Bush, then were expanded during the Obama administration. That expanded version includes specialty light bulbs like those used in bathroom vanities and recessed lighting, as well as candle-shaped lights.

The Obama-era rule aimed to phase out all incandescent and halogen bulbs, and replace them with LED bulbs that meet a minimum energy efficiency of 45 lumens per watt. (Still not up on your lumens-watt conversion? Here's some help!)

According to the Energy Department, LED bulbs are among the most energy efficient in the market today, using 75-80% less energy than regular ones.

In November, 16 states, including California and New York, sued the federal government over its reversal of the latest standards, and the California Energy Commission decided to adopt the original federal legislation. That's when the two industry groups petitioned for a temporary restraining order.

The judge's decision "keeps California at the forefront of the movement to resist the Trump Department of Energy's efforts to tie Americans to the technology of the past," said Noah Horowitz, director of the Center for Energy Efficiency at the Natural Resources Defense Council (NRDC), in a statement.

According to the NRDC, the new standards will save California residents up to $2.4 billion on their annual utility bills.