Accessibility links
Tumbleweeds Close Roads, Trap Cars In Washington State Tumbleweeds are common in the desert plateau of eastern Washington state. But a 12-foot high stack of them trapped cars for hours. 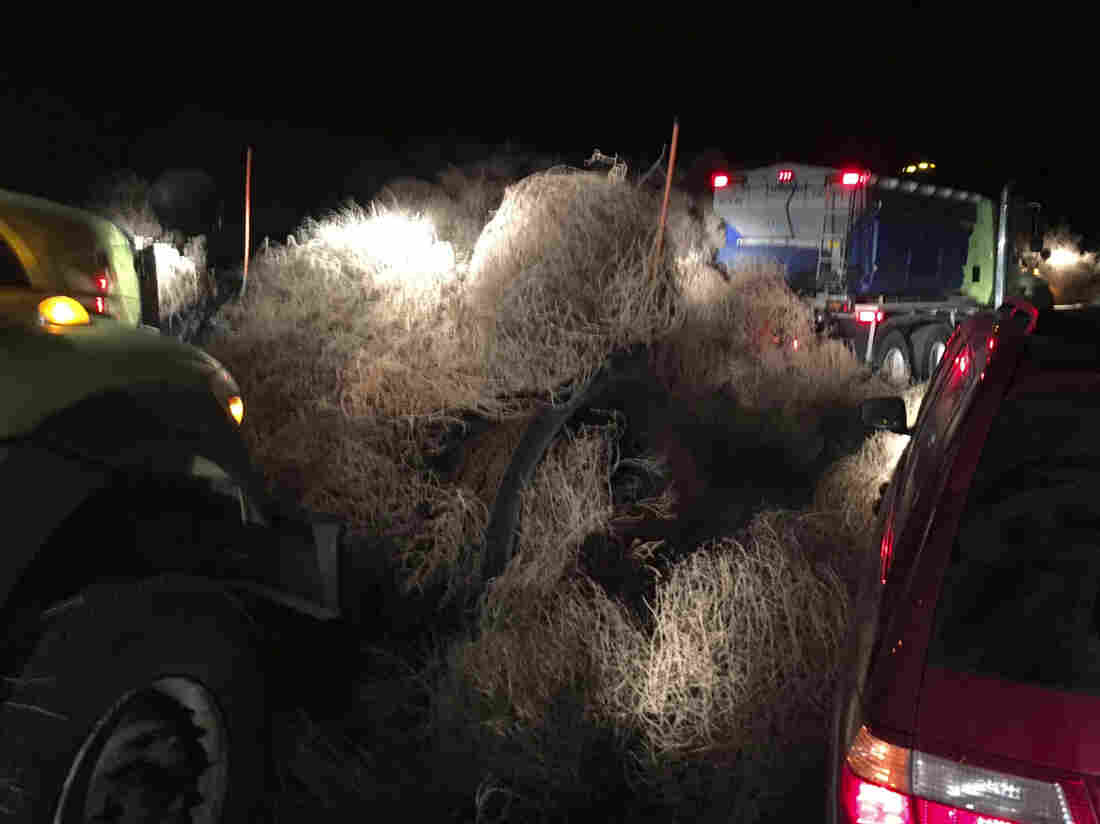 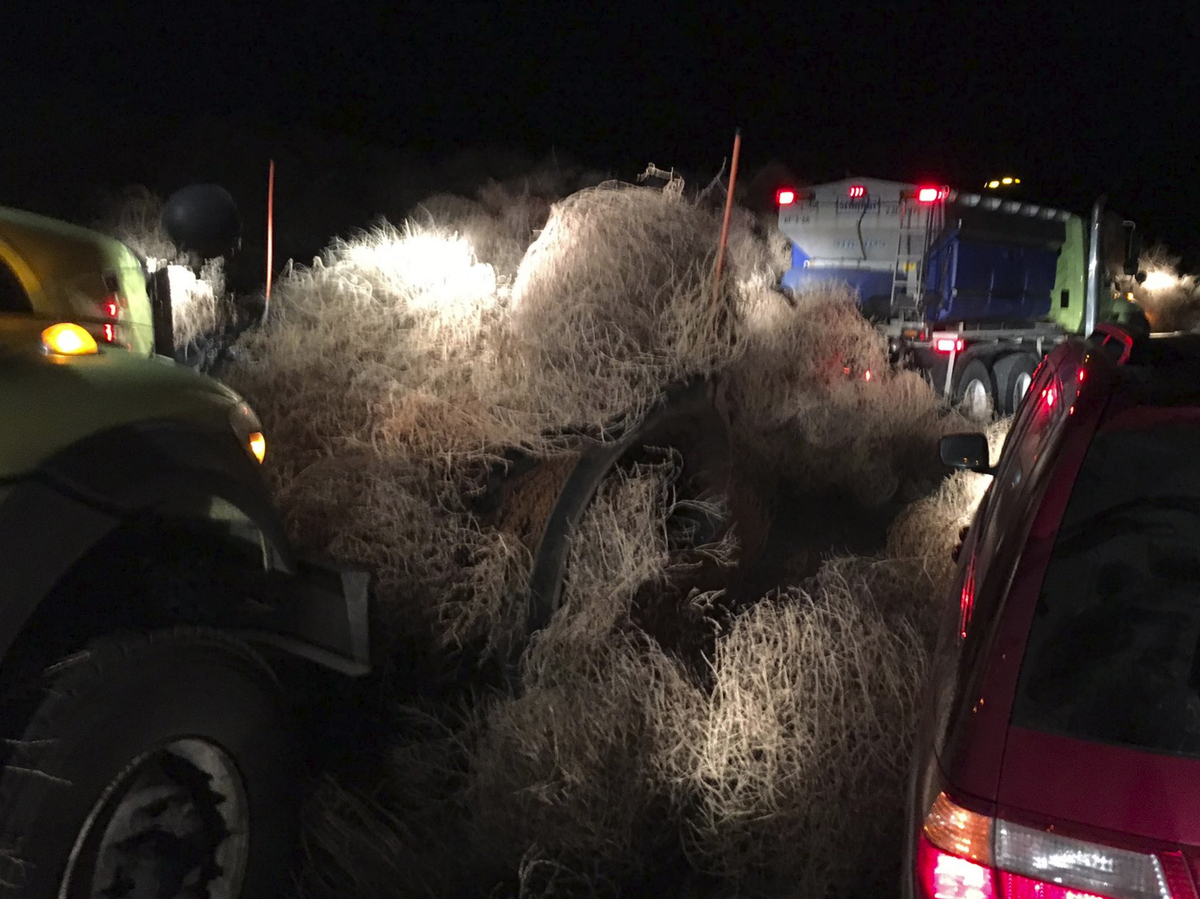 The Washington State Department of Transportation used snowplows Tuesday evening to remove a pile of tumbleweeds along State Route 240 near Richland.

An enormous number of tumbleweeds blew onto a road in eastern Washington state on New Year's Eve, piling up into a mountain of tangled branches that blocked traffic and even buried some cars, trapping travelers inside.

"In the 20 years that I have worked here, I have never seen it as bad as this," says Washington State Patrol trooper Chris Thorson. "I've never seen six to eight cars, including a semi-truck, actually stopped and trapped on a highway because of tumbleweeds."

#tumblegeddon After 10 hours of SR 240 being closed last night on New Year’s Eve, it was opened around 0430 thanks to @WSDOT_East We still have one abandon car trapped in the tumbleweeds that was found at daylight, luckily no one was in it. pic.twitter.com/df7XbnqafE

He says many people associate Washington state with Seattle and lots of rain. Its southeast region, however, has a high desert climate.

"We have a lot of tumbleweeds in this area because it's a desert plateau," he says. "The only time they really become an issue is when we have high winds."

Those winds send tumbleweeds rolling along, and sometimes the plants encounter small hills around roadways and highways. "And they eventually get stuck, which blocks the lanes of travel," says Thorson. "We see that every winter and summer. But I've never seen cars and semitrucks trapped because of this."

A stretch of State Route 240 has little hills or mounds on the side of the highway, he explains. In this case, drivers apparently slowed down and stopped to avoid tumbleweeds that blew onto the road. Then, quickly, so many tumbleweeds rushed in that they piled up around the motionless cars, eventually burying them.

Around 6:30 p.m. on New Year's Eve, 911 calls began coming in. When state troopers and transportation workers responded, they found vehicles completely engulfed with people stuck inside.

SR240 at mile post 10 is closed in both directions. DOT is working on clearing. Several vehicles trapped in the tumble weeds. Use alternate routes.-S.C. pic.twitter.com/xD2GfUluim

"They were trapped for hours on end. We had state troopers and department of transportation employees out there helping them all night long. It eventually took 10 hours to clear those cars and open up the highway," says Thorson. "We're talking 12 to 15 feet high of stacked tumbleweeds."

He says snowplows picked up dozens of tumbleweeds at a time and pushed them to a clear, wide-open area so that high winds could pick them back up and whisk them away.

Fortunately, no one was injured and there were no medical emergencies. "To have it happen on New Year's Eve and into the new year," says Thorson, "I'm not exactly sure what that bodes for 2020."