Accessibility links
Julián Castro Has Dropped Out Of 2020 Race For President The former secretary of housing and urban development and former San Antonio mayor was among the first to advocate for decriminalizing illegal border crossings. Other candidates followed his lead. 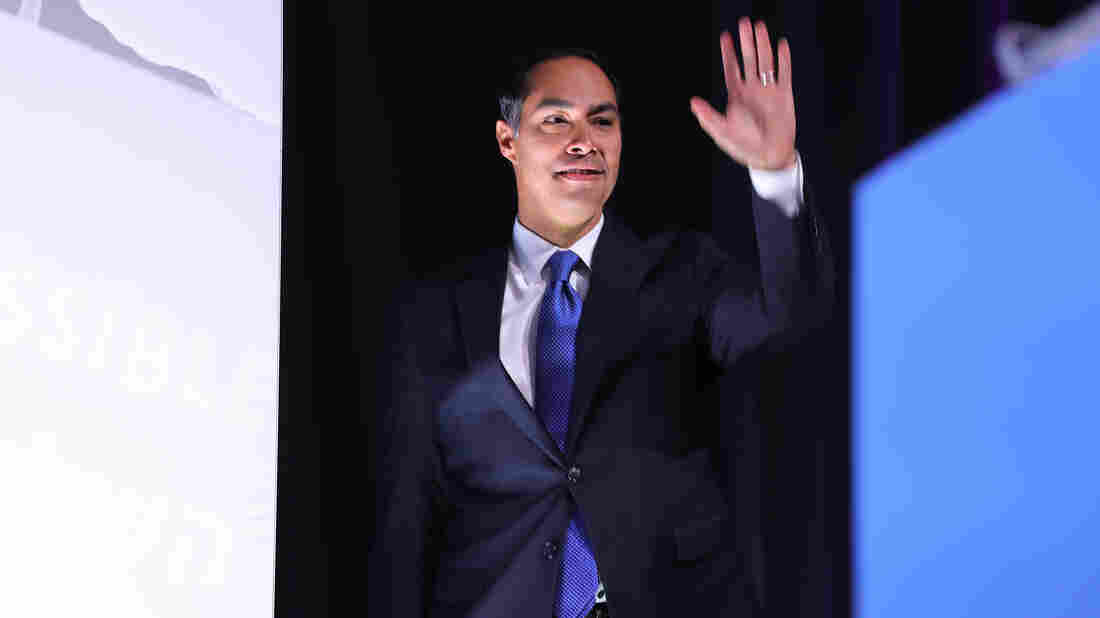 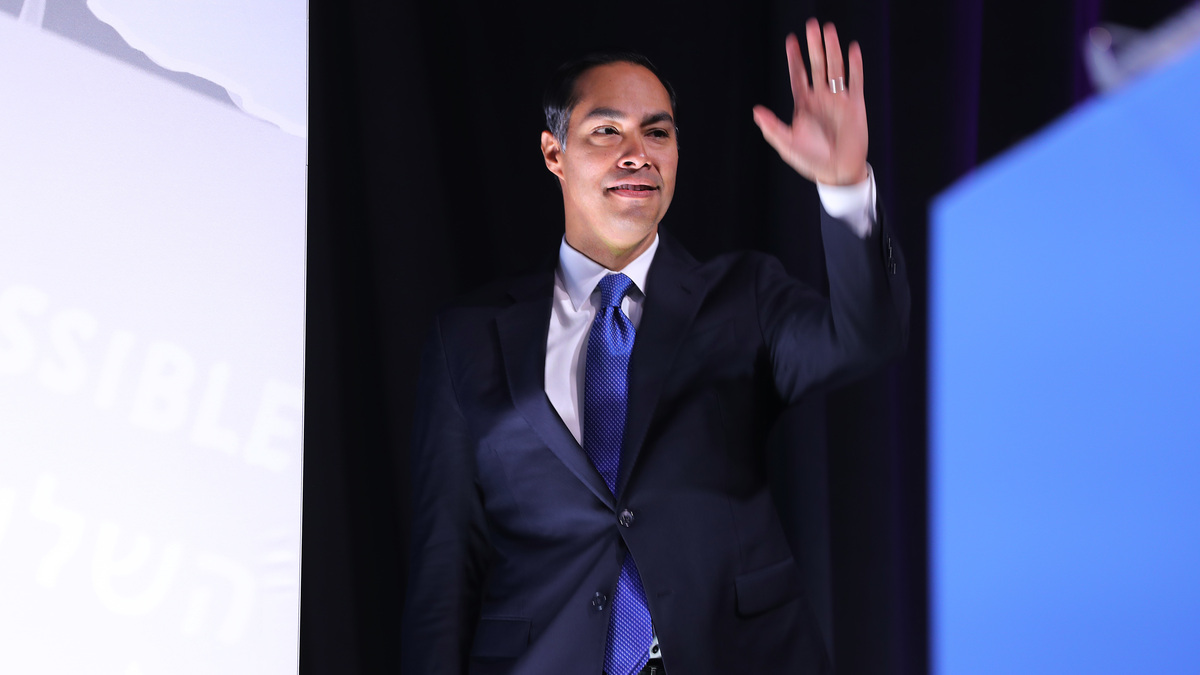 Former Housing Secretary Julián Castro is the latest Democrat to drop out of the presidential race.

Julián Castro, the only Latino candidate in the Democratic field, has ended his presidential campaign.

Castro released a video on Twitter on Thursday, saying that his campaign had "stood up for the most vulnerable people" and had "given a voice to those who are often forgotten."

He adds in the video: "I'm not done fighting. I'll keep working toward a nation where everyone counts."

It’s with profound gratitude to all of our supporters that I suspend my campaign for president today.

I’m so proud of everything we’ve accomplished together. I’m going to keep fighting for an America where everyone counts—I hope you’ll join me in that fight. pic.twitter.com/jXQLJa3AdC

Castro served as secretary of housing and urban development in the Obama administration and, before that, was mayor of San Antonio, Texas.

He was one of the first presidential candidates to announce a run, in January 2019. But Castro struggled to stand out of a crowded Democratic field and didn't gain much traction in national or state polls. He didn't qualify for the last two Democratic debates, in November and December.

But Castro's policies often stood out. In an email Thursday, his campaign highlighted that he was the first Democratic presidential candidate with policies on immigration, police reform and ending hunger, among other issues.

On immigration, he advocated for decriminalizing illegal border crossings, a position that other candidates then adopted.

"For a long time in this country, we actually did not treat crossing the border as a criminal act. We treated it as a civil violation," Castro told NPR in May 2019. "A lot of the problems that we see in the system today flared up after we started treating it as a criminal offense."

Castro also criticized the Democratic Party itself, urging it to change the presidential nominating process. In Iowa, he told attendees at a town hall, "I don't believe the two states that start the process — Iowa and New Hampshire — are reflective of the diversity of the country, or of our party."

In an interview with The Washington Post in early October, Rosie Castro argued that her son was not climbing in the polls partly because of media coverage.

"There was no respect, if you will," Rosie Castro told the newspaper. "It's just the way that he's talked about sometimes makes you feel like they just don't get it, you know, that they have not been around minorities enough to be able to have a sense for — we can also create, we can also lead."

Castro had criticized President Trump on NPR as "the biggest identity politician" in modern politics.

"What he's trying to do is, he's trying to split people along racial and ethnic and religious lines," Castro told the NPR Politics Podcast. "His specialty, if you will, is division, trying to just amp up a base. He's the biggest identity politician that we've had over the past 50 years."