Accessibility links
Opinion: Ukraine Used Diplomacy; Russia Used Disinformation. The Difference Is Key As we head into the 2020 elections, we must do a better job of distinguishing between diplomacy and destructive disinformation, writes former diplomat Brett Bruen. 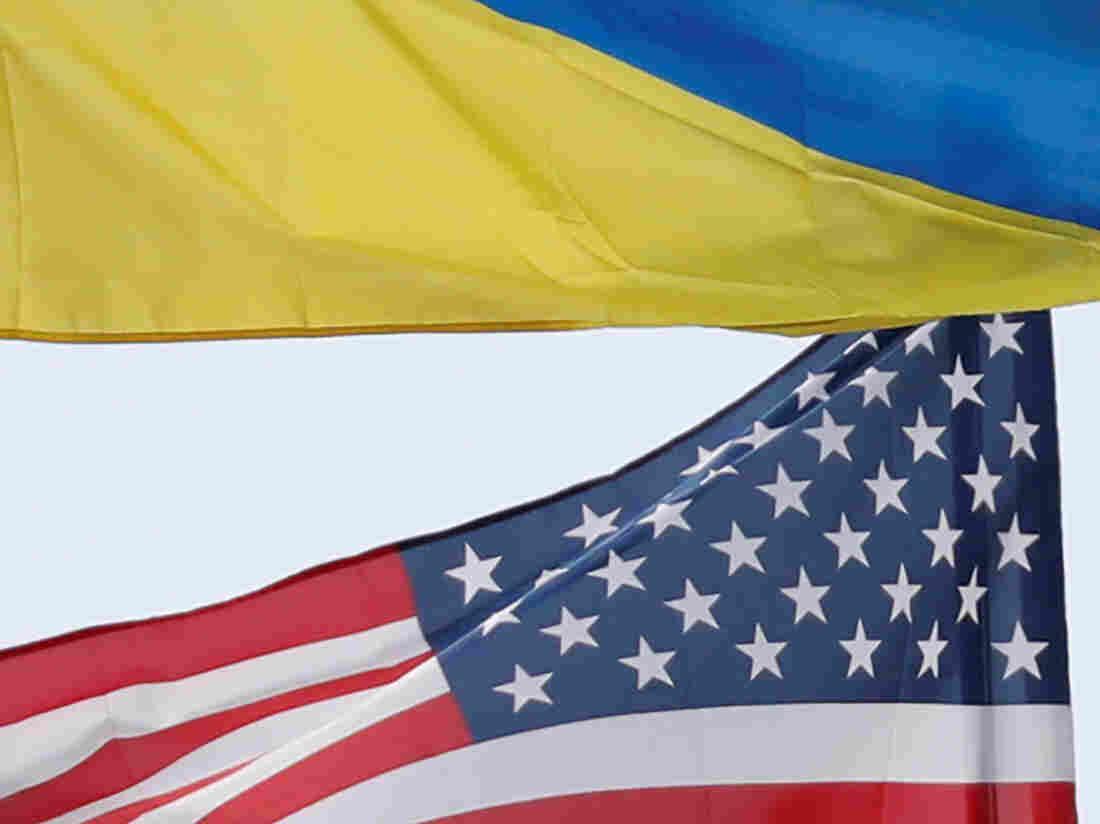 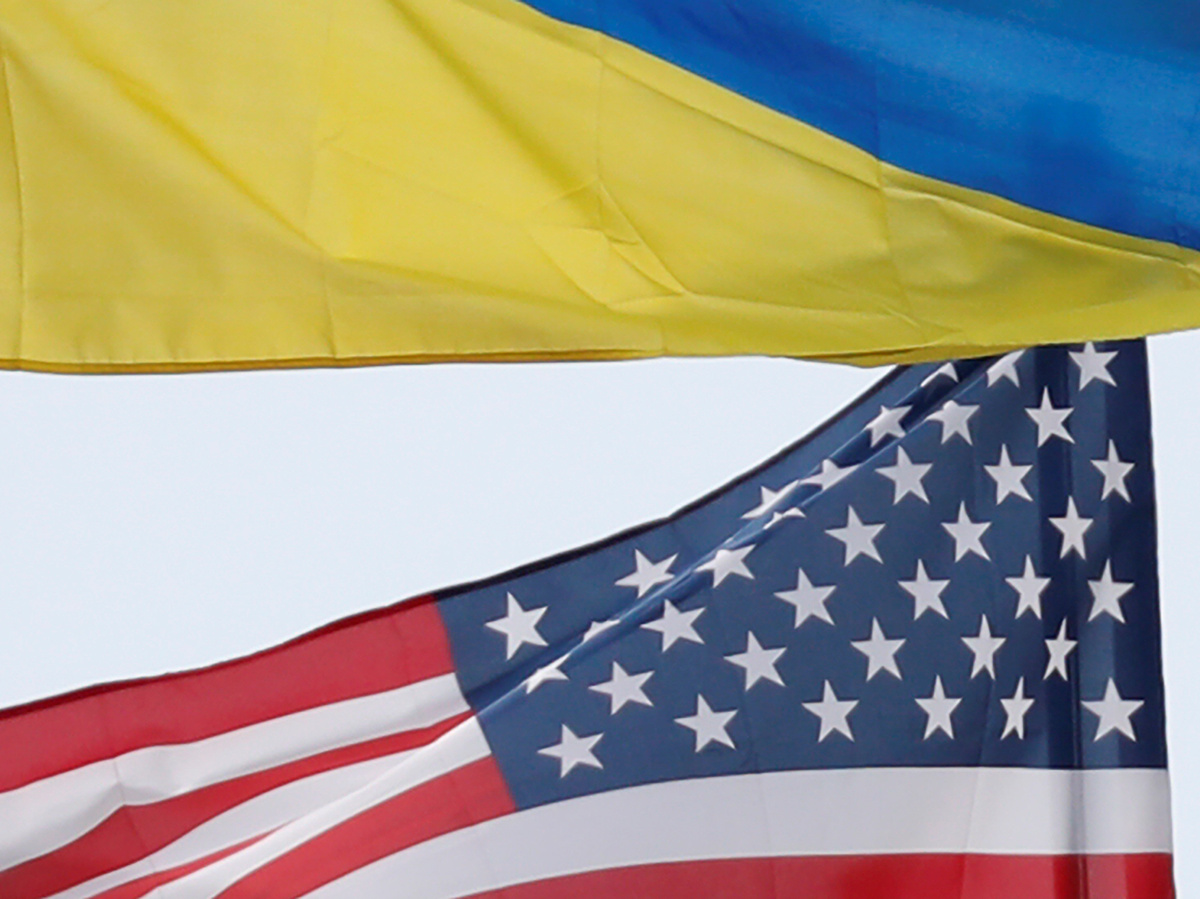 Brett Bruen (@BrettBruen) was director of global engagement in the Obama White House and was a U.S. diplomat for 12 years. He now runs a crisis communications agency and teaches on the topic at Georgetown University.

What's the difference between traditional diplomacy and the menace of modern-day meddling? President Trump and some Republicans in Congress suggest Russia and Ukraine both sought to interfere in our 2016 presidential elections. Yet, the actions of the two countries could not have been more different.

It's not a difficult distinction to draw. Lots of nations, including our own, express views on policies, problems and the general process during elections in other countries. They do so openly and without seeking to affect the outcome of those polls.

Then, there are the pernicious phenomena of adversarial influence operations. These are covert actions that attempt to tip the scales or twist the truth.

The latter endangers democracies, while the other actually strengthens them. Let's look at why.

I spent a lot of time trying to influence democracies as an American diplomat posted overseas. We met with politicians and public officials, encouraging them to adhere to certain norms and consider America's policy preferences.

We operated openly. We bought Facebook and Twitter ads, clearly labeled as coming from our government. We were especially interested in confidential insights that could help inform our position. But we never weaponized that information against candidates or parties.

Going back centuries, the rules of diplomacy prohibit interfering in the "internal affairs" of a host country. Sometimes the leaders where we serve try to pull out that red card when ambassadors or others say things they don't want to hear. The recent departure of the U.S. ambassador from Zambia after speaking out for LGBTQ rights is an illustration of this issue. Discussing difficult topics isn't disinformation or designed to destabilize democracies.

Ukraine's ambassador to the United States wrote an op-ed in The Hill during the 2016 presidential campaign. Candidate Donald Trump had suggested that perhaps Crimea, annexed by Russia in 2014, belonged to the invading country. This would have dramatically changed U.S. policy toward the inviolability of countries' borders. Kyiv's representative to Washington absolutely was within his rights, and indeed it was his solemn responsibility, to speak up for his nation's security.

During the impeachment hearings and in a Politico article at the beginning of 2017, it was suggested that Ukraine was actively trying to "sabotage" Trump's candidacy. Apart from the ambassador's editorial, volunteer efforts by a young Ukrainian American to investigate Paul Manafort, Trump's former campaign chairman, were cited. She was not alone. A lot of people were concerned by connections between Trump and Russia.

Information is the currency of diplomacy. Our embassies regularly receive information or briefings from people who have investigated issues on their own and would like to bring their findings to our attention. Unlike Russia, there's no indication the Ukrainian American stole information or was in any way directed by the Democrats or Kyiv.

It's not surprising that Ukraine's government may have been quite alarmed by Trump. The country depends on U.S. aid and assurances of support to contain Russian intrusions from going farther into Ukraine. Yet, there is no evidence that Ukraine ever mounted a coordinated campaign to "sabotage" Trump or influence American voters' decisions. The fact that Politico used such a loaded term to headline its story is indicative of how little even major outlets understand about the rules and conduct of diplomacy.

If a major candidate or party in Australia were advocating for closer ties to China, the United States would speak up. Our ambassador would write editorials. Our diplomats and their contacts would seek to uncover every bit of information we could find about the Australian politicians and their background. Our embassy would conduct extensive meetings with political, media and other influential actors on the danger of their candidacy. In short, the United States of America, a much more powerful nation than Ukraine, would do exactly what Ukraine did during our 2016 elections.

As we head into the 2020 elections, we must do a better job of distinguishing between earnest diplomacy and destructive disinformation.

When Trump won, Ukraine opted for the only path remaining. It hired an expensive Washington, D.C., lobbying firm to help enhance relations with the new administration or, at the very least, stave off the worst-case scenarios. That isn't meddling. The country registered its actions with the Justice Department and regularly reports on its activities. That's how diplomacy is supposed to work.

Russia, by contrast, reported nothing and denies everything. It continues to build an elaborate asymmetric influence apparatus to generate doubt, distrust and division across America. The danger of its work derives from its secrecy and subterfuge.

Disinformation and meddling more broadly operate in the shadows; diplomacy is conducted openly. Conflating the two only serves to buttress Moscow's efforts to blur the line between right and wrong.

We want Ukraine and other nations to speak up when they have concerns. Our democracy does not thrive in isolation. It is crucially important that countries feel as though they can contribute to our national debate in constructive ways. Similarly, it is critically important that we be able to recognize and react when adversaries attempt to damage our democracy.

As we head into the 2020 election, we must do a better job of distinguishing between earnest diplomacy and destructive disinformation. One seeks to strengthen our international relations. The other strives to weaken them, our ideals and institutions.