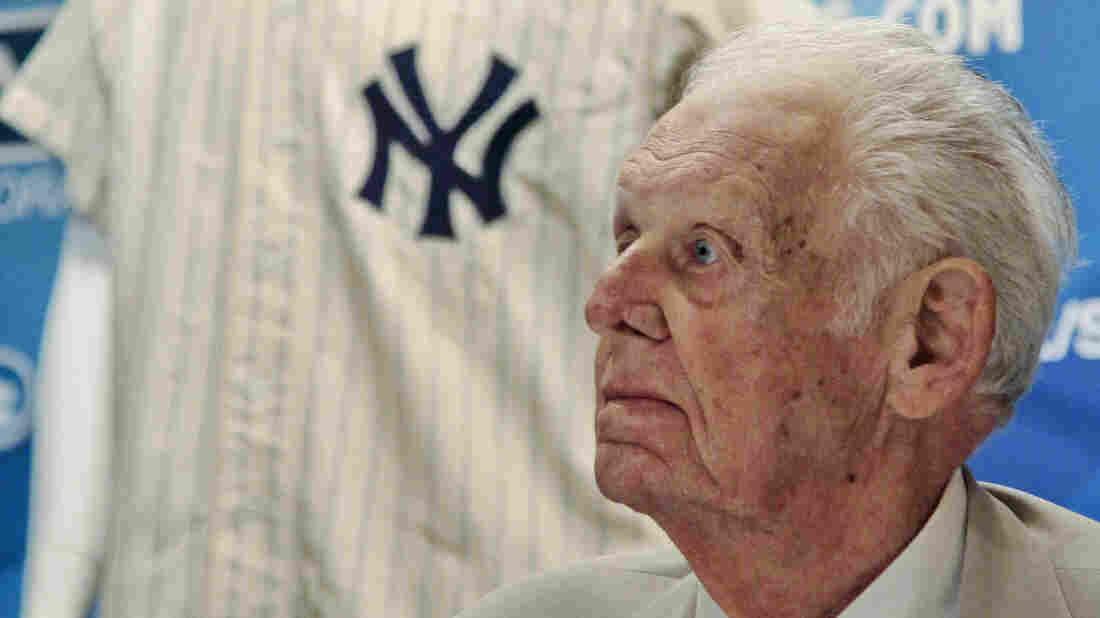 In this photo from June 28, 2012, New York Yankees great Don Larsen reacts during a news conference announcing the auction of his 1956 perfect game uniform. He died Wednesday at age 90. Bebeto Matthews/AP hide caption 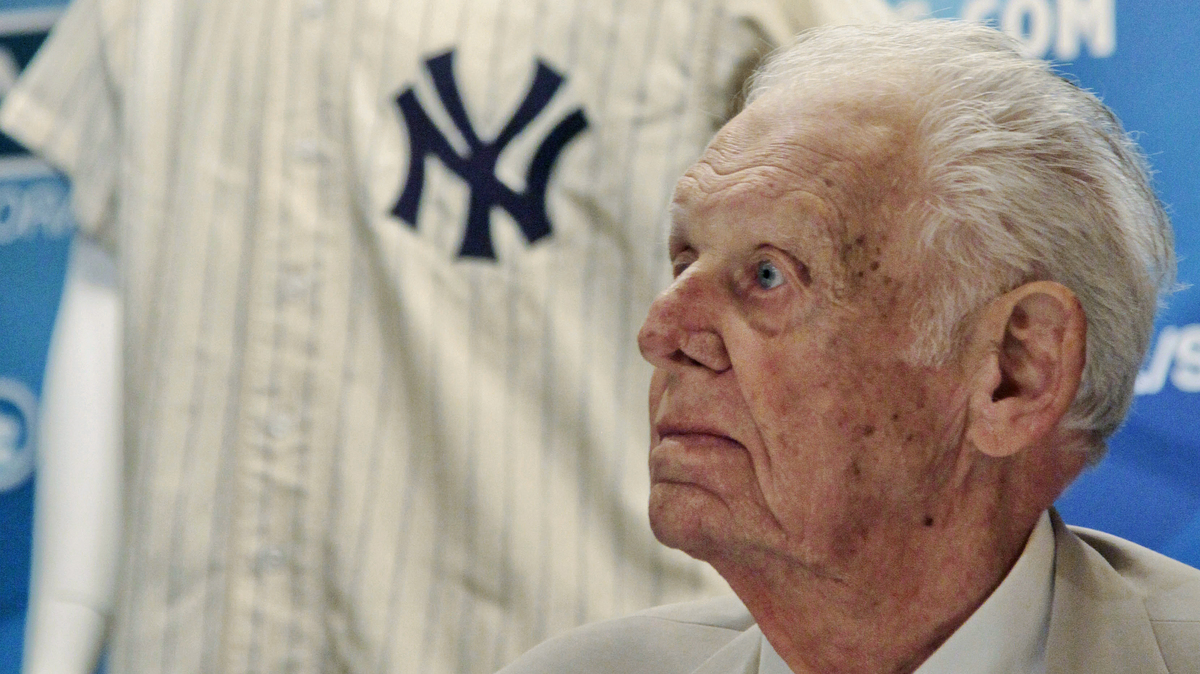 In this photo from June 28, 2012, New York Yankees great Don Larsen reacts during a news conference announcing the auction of his 1956 perfect game uniform. He died Wednesday at age 90.

In the 1956 World Series, the New York Yankees were playing the defending champion Brooklyn Dodgers — a rematch of the 1955 series.

Spoiler alert: The Yankees went on to win, and they did it with the help of pitcher Don Larsen, the only player to have pitched a perfect game in the World Series.

"Larsen was the unlikeliest of characters to attain what so many Hall of Famers couldn't pull off in the Fall Classic," The Associated Press reports. "He was 81-91 lifetime, never won more than 11 games in a season and finished an unsightly 3-21 with Baltimore in 1954, the year before he was dealt to the Yankees as part of an 18-player trade."

We are deeply saddened to learn of the passing of Don Larsen, who remained a welcome & familiar face at our annual Old-Timers’ Day celebrations. The Yankees organization extends its deepest condolences to Don’s family and friends during this difficult time. He will be missed. pic.twitter.com/OgOdofzSTS

"Don's perfect game is a defining moment for our franchise, encapsulating a storied era of Yankees success and ranking among the greatest single-game performances in Major League Baseball history. The unmitigated joy reflected in his embrace with Yogi Berra after the game's final out will forever hold a secure place in Yankees lore. It was the pinnacle of baseball success and a reminder of the incredible, unforgettable things that can take place on a baseball field."

"Until 2010, Don Larsen was the only player in Major League Baseball history to throw a no-hitter of any kind in a playoff game. His perfect Game 5 of the 1956 World Series propelled the New York Yankees to a World Series title and Larsen was named the series' Most Valuable Player. He would win two World Series championships with the Yankees — by far his most successful stop in a 14-year career spanning seven teams."

In 2010, Roy Halladay of the Philadelphia Phillies pitched a no-hitter against the Cincinnati Reds, but that was during the National League Division Series.

"They can never break my record," Larsen said of his game. "The best they can do is tie it. Oct. 8, 1956, was a mystical trip through fantasyland. Sometimes I still wonder whether it really all happened."