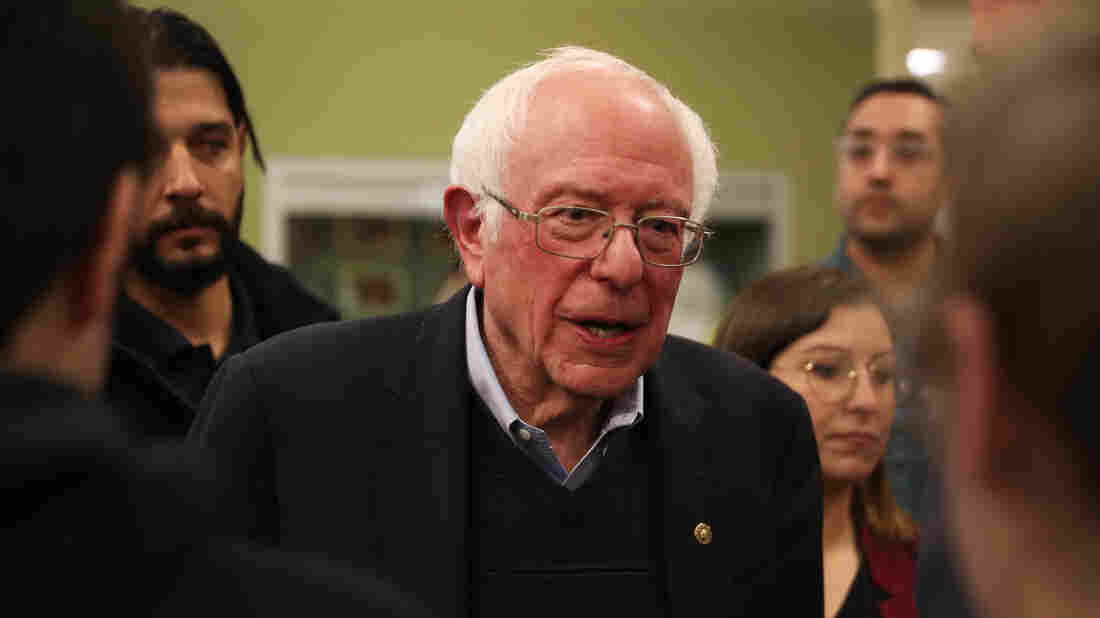 Sen. Bernie Sanders of Vermont greets people during a campaign event in Winterset, Iowa, on Dec. 30. His campaign announced on Thursday that it had raised $34.5 million in the last fundraising quarter. Joe Raedle/Getty Images hide caption 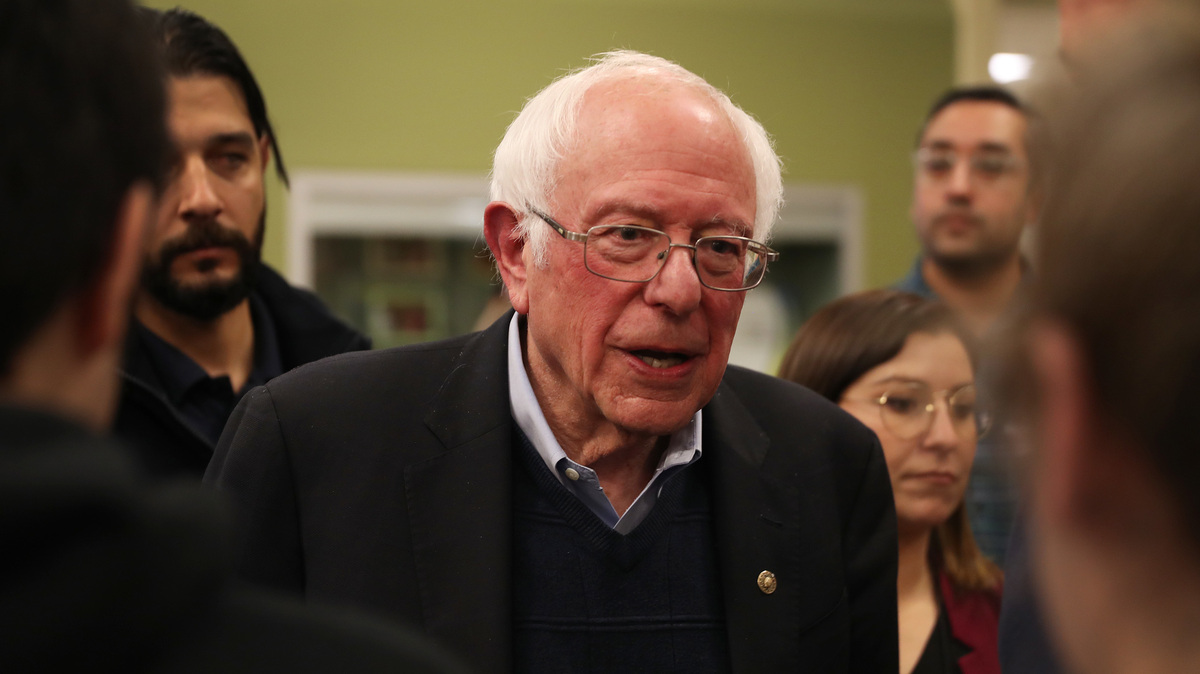 Sen. Bernie Sanders of Vermont greets people during a campaign event in Winterset, Iowa, on Dec. 30. His campaign announced on Thursday that it had raised $34.5 million in the last fundraising quarter.

A three-month window that began with a heart attack ended as Vermont Sen. Bernie Sanders' strongest fundraising quarter yet.

Sanders' campaign announced it raised $34.5 million in October, November and December — nearly $10 million more than he had raised in the previous quarter. According to the campaign, $18 million came in from 900,000 individual donations in December alone, as Sanders drew larger and larger crowds to rallies in early voting states such as Iowa and New Hampshire.

Sanders is second to former Vice President Joe Biden in most national polls.

The campaign of Massachusetts Sen. Elizabeth Warren has not yet announced its fourth-quarter fundraising totals. The campaign told supporters in an email several days before the Dec. 31 deadline that she had brought in $17 million and hoped to finish the quarter with $20 million. 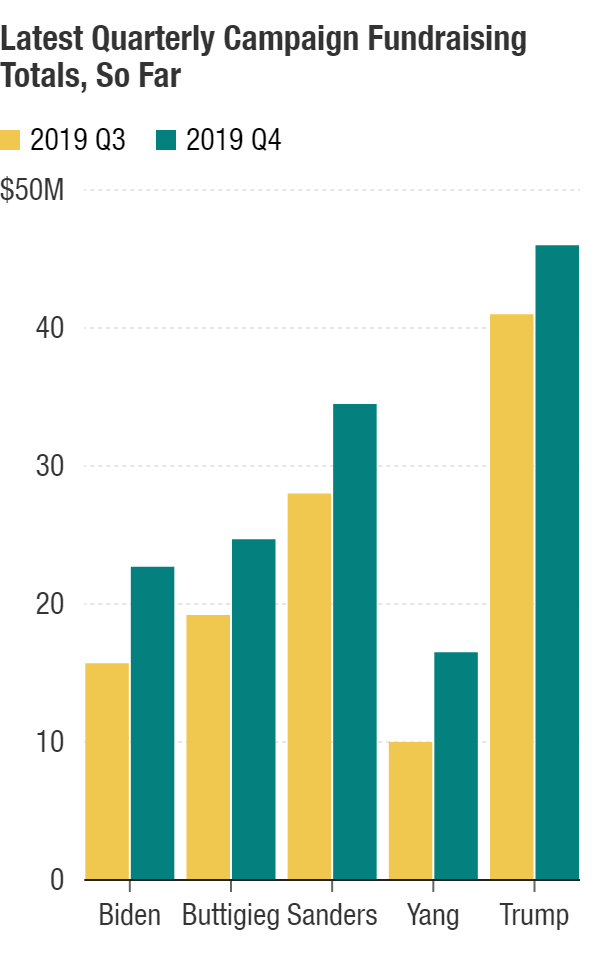 That would be far less than Sanders, and less than former South Bend, Ind., Mayor Pete Buttigieg, whose campaign announced it raised $24.7 million, an increase of more than $5 million from the previous quarter.

Yang's ever-increasing fundraising totals reflect his rise from a one-issue candidate to a Democrat drawing sizable crowds, meeting debate requirements and carving out a unique lane in a still-crowded primary field.

Meanwhile, President Trump's campaign took in $46 million in the final months of 2019, with more than $100 million in the bank to spend against his eventual Democratic opponent. Trump has consistently outraised individual Democratic candidates, though the Democratic field as a whole has already raised more than Trump in the fourth quarter, based on the fundraising totals announced by just a fraction of the candidates.