Accessibility links
StoryCorps: A Single Mom And The Story Of A Great-Aunt And The Holocaust When Dena Kohleriter was 36, she decided to start a family on her own. At StoryCorps with her daughter, Jori, Dena describes how her grandmother, a Holocaust survivor, responded to the news. 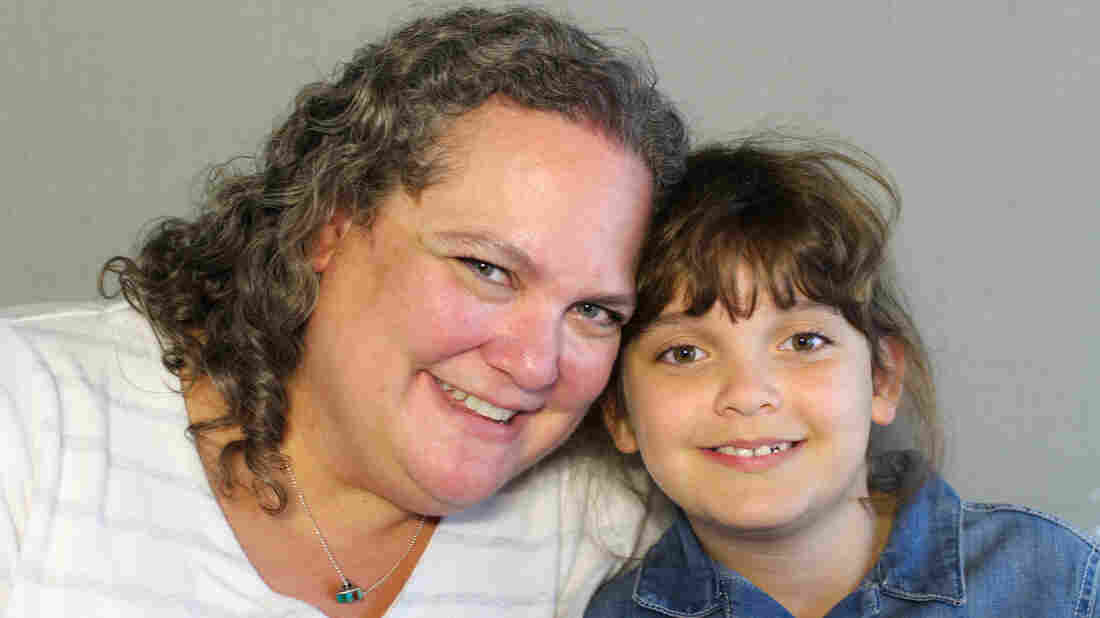 Dena Kohleriter, 46, and her daughter, Jori, 8, at their StoryCorps interview in Dallas on Nov. 8, 2019. Mia Raquel/StoryCorps hide caption 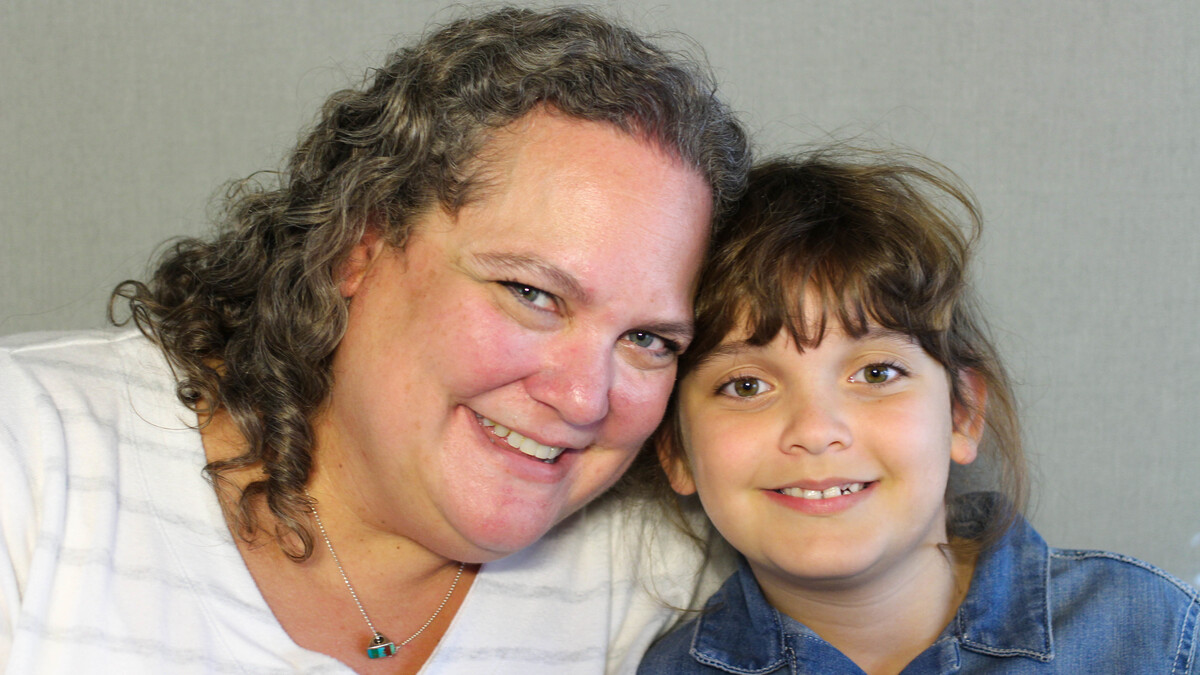 Dena Kohleriter had always planned on having a family. But when she was 36 years old and hadn't yet met the person she wanted to build one with, she decided to take matters into her own hands. She met with a reproductive endocrinologist in 2010 and gave birth to her daughter, Jori, the following year.

That it's just the two of them is what makes their family "a little bit unique," Dena tells 8-year-old Jori at StoryCorps in Dallas. 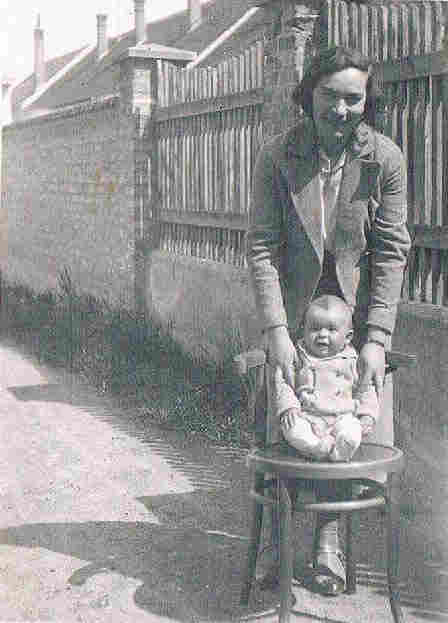 Now, nearly 10 years later, she tells Jori about her decision to have a child on her own.

"I was kind of scared if I'd be able to have a kid on my own, and I worried about you. Would you be sad and feel like you missed out if it was just me?" Dena tells Jori. "But then once I decided, it was just so clear to me that it was the right thing to do. I gathered up all my courage and I just did it, and then I was proud of myself for doing it."

Jori asks Dena: "What was the best reaction when you decided to have me?"

Her grandmother, Rosalind Shuster, was 92 at the time. She asked Dena to give her a minute while she processed the news. " 'What is acceptable now is not what was acceptable when I was a girl,' " Dena says her grandmother told her, referring to single motherhood.

But a few moments later, her grandmother, a Holocaust survivor who fled to the U.S. from Vienna, said she was thinking of another relative: "Tante Roszi," her favorite aunt.

Roszi Polacsek, who lived in Hungary, was older when she married and had a baby girl. During a roundup in her town, Nazis shot Roszi as she held her daughter in her arms. Both died. The Nazis also killed Roszi's stepson and nearly all of Rosalind's family.

Rosalind thought of all the babies in her family who were never allowed to grow into adulthood.

"Any time that our bloodline can continue is a slap in the face to those that would have seen us destroyed," her grandmother said to Dena. "So, yes, you have my full support," she said.

Pain, But No Regrets: A Father Remembers His Adopted Son

Dena said her grandmother promised to meet her great-granddaughter: " 'I don't know how long I've got. I promise you one year,' " Dena says she told her. "And she gave us exactly one year. She was there when you were born, and for those months that she was still alive and you were an infant, you had lunch once a week where she would feed you your bottle and she would snuggle with you and she was so happy."

Dena says that she and Jori visited Rosalind in the hospital before she died and that she was reminded of how Rosalind saw Jori's birth as a way to help replenish what the Holocaust took away.