Accessibility links
Qassem Soleimani's Enduring Legacy Across The Middle East The commander of Iran's Quds Force was largely responsible for the expansion of Shiite power and influence in Iraq, Syria, Lebanon and Gaza. 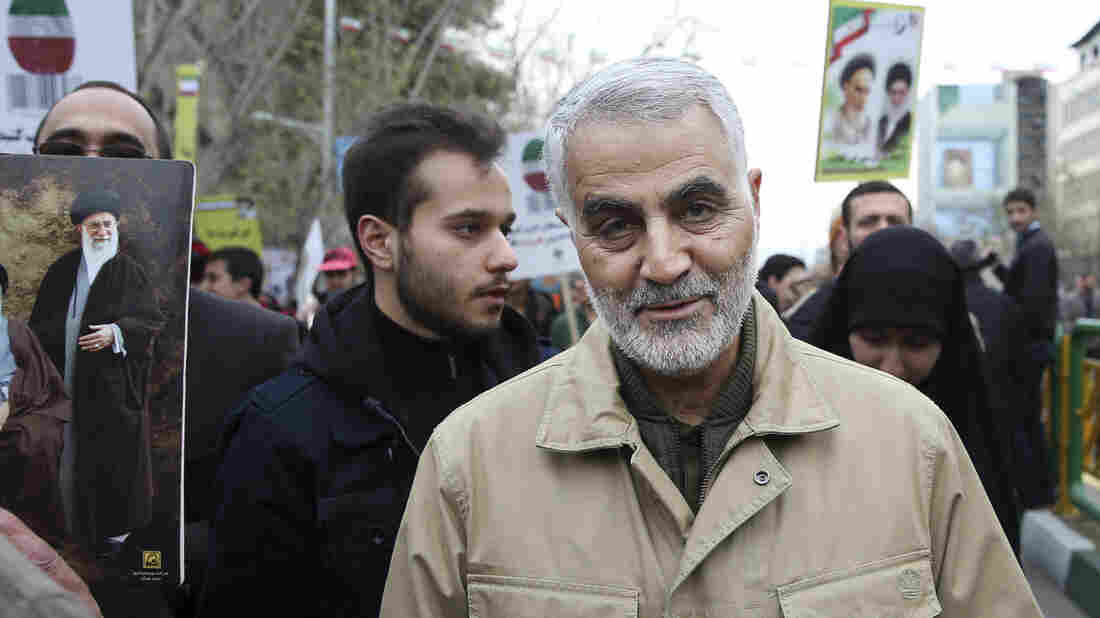 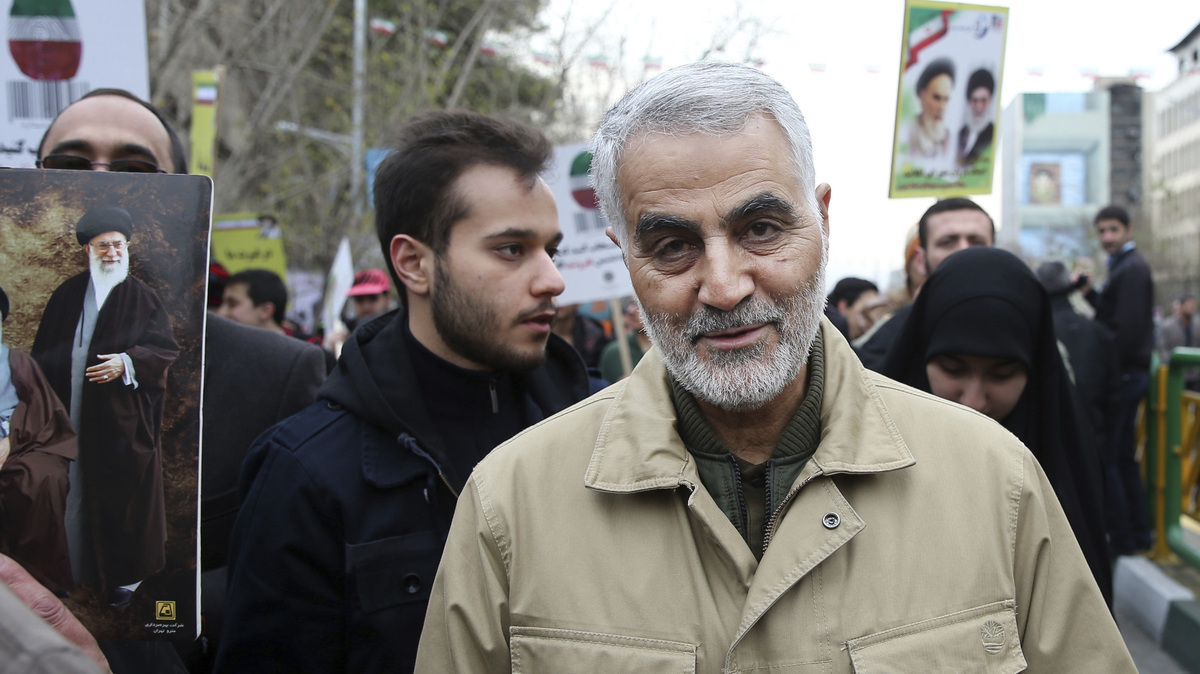 Qassem Soleimani, pictured at a 2016 rally commemorating the anniversary of the Islamic Revolution, commanded Iran's Quds Force and had wide influence in Iran's foreign policy.

Qassem Soleimani, who was assassinated Friday in Baghdad in a U.S. airstrike, was at once both the shadowy commander of covert Iranian forces and a revered celebrity in an anti-American alliance that crosses sectarian lines across the Middle East.

Soleimani, 62, held the rank of major general and commanded the Quds Force, a subset of the Islamic Revolutionary Guard Corps. The secretive organization — Quds is the Arabic and Farsi name of Jerusalem, which Iran has sworn to liberate from Israel — combines the roles of special operations and spy agency and operates outside of Iran.

How Is The World Reacting To The U.S. Assassination Of Iran's Qassem Soleimani?

Known for his quiet demeanor and short stature, Soleimani exuded charisma and an intelligence that even his enemies came to respect.

Born in a poor mountain village in the east of Iran, Soleimani began working at the age of 13 at a construction site to help his father pay back a government loan. Unlike other leading figures in Iran, he did not receive a religious education and is not believed to have participated in the demonstrations that led to the fall of the Shah and the return to Iran of Ayatollah Ruhollah Khomeini.

As a Revolutionary Guard soldier during the Iran-Iraq War, Soleimani stood out for his organizational talents and brilliance as a commander. He was named head of the Quds Force in 1998 and quickly expanded its reach, establishing close relationships with Shiite forces across the region.

Soleimani is responsible for the deaths of hundreds of U.S. service members, according to administration officials. They say that under his direction, Iran supplied the explosive devices that killed many Americans in the early years of the Iraq War and that he continued to oversee Shiite militias operating in Iraq.

Although known to detest the United States, Soleimani at times cooperated with Americans when it served Iranian interests. Following the Sept. 11 terrorist attacks, he provided information about Taliban forces to the U.S. because of the group's treatment of Afghan Shiites. In 2008, Soleimani helped bring an end to Shiite militia attacks on the U.S.-backed Iraqi government. And in the fight against ISIS, U.S. and Iranian interests were in concert.

His legacy in part is the Shiite crescent of Iranian influence extending from Iran through Syria to Lebanon. When it appeared Syrian President Bashar Assad might be driven from power in the civil war, Soleimani committed Iran and Hezbollah to the fight. Some reports credit him with persuading Russian President Vladimir Putin to intervene as well. Assad's survival ensures Iran maintains a land bridge to its Hezbollah allies in Lebanon.

Ram Ben Barak, the former deputy director of the Mossad, Israel's intelligence agency, said the death of Soleimani, who had "a very creative brain ... is a blow to the Quds Force."

"There was almost no terror attack in the last 20 years that didn't have Qassem Soleimani's fingerprints on it," said Ben Barak, speaking Friday to Israeli Army Radio. "The [Iranian] entrenchment in Syria, arming [the Lebanese Shiite militia] Hezbollah, the [Hezbollah] precision-guided missile project, contacts with Islamic Jihad in Gaza.

"There was almost nothing that happened that Soleimani wasn't involved in actively," he said. "He initiated, pushed and checked it was done."