Accessibility links
The Guitarist Guinga Combines The Music Of America And Brazil As a composer, Guinga's written hits for Brazilian superstars like Elis Regina. As a musician he's set the bar for classical guitarists far beyond his native country. 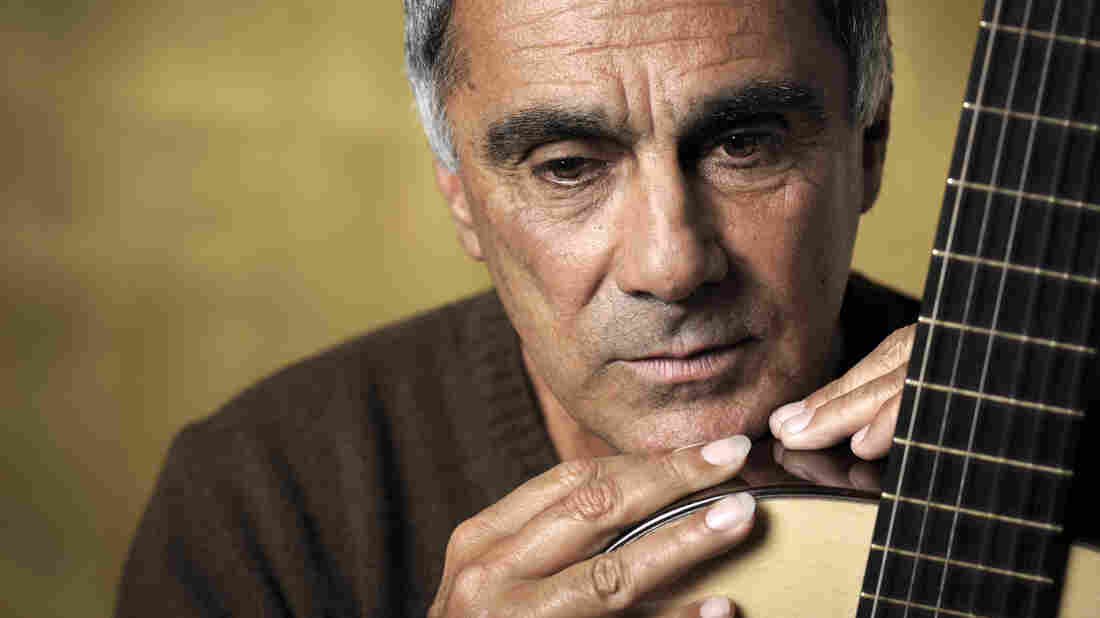 The Brazilian musician Sergio Mendes says that Guinga's melodies are incredible. "They're unique; they're different," he says. Manfred Pollert/Courtesy of the artist hide caption 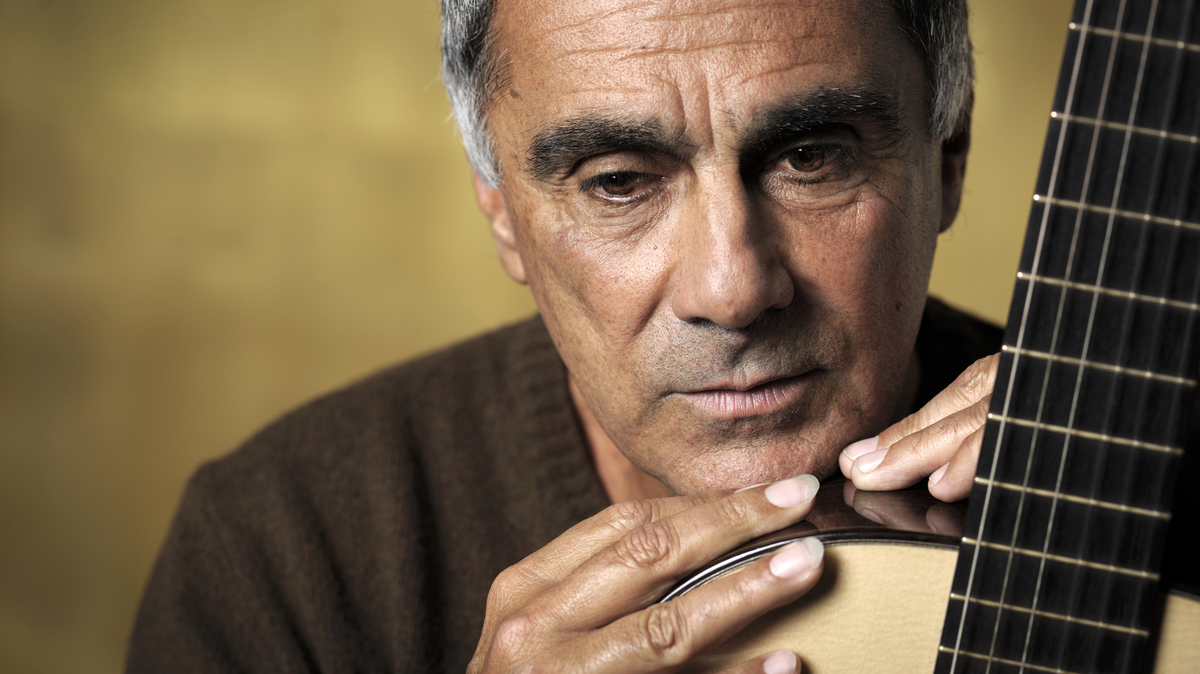 The Brazilian musician Sergio Mendes says that Guinga's melodies are incredible. "They're unique; they're different," he says.

Manfred Pollert/Courtesy of the artist

Guitarist and composer Guinga is a popular songwriter in Brazil: his songs have been recorded by the likes of superstar Elis Regina and he's a favorite of musicians around the world like Michel Legrand and Sergio Mendes. But Guinga is less well-known in the U.S. (he rarely comes here to perform), and considering his successful five-decade career, he's an unusually modest musician.

"I met so many virtuoso players in Brazil and had the opportunity to interact with so many virtuoso guitarists, including one called Hélio Delmiro," he says. "Everything that I tried to do in life is to play like him. And since I could never achieve it, I ended up playing like Guinga. It was better for me."

Guinga's full name is Carlos Althier de Souza Lemos Escobar. He got the name "Guinga" after his aunt took to calling him "Gringo" as a toddler, because he had pale skin. The youngster pronounced it "Guinga," and the nickname stuck.

He grew-up in a working-class suburb of Rio de Janeiro and his uncle taught him how to play the guitar when he was 11. At home, he heard Italian Bel canto, Brazilian and American music on his parents' Victrola.

"I listened to everything I could," Guinga says. "I knew who Leonard Bernstein was. I knew 'Somewhere' when I was 11-years-old; I didn't know how to play it, but when I listened to 'Somewhere,' I cried.

"American music is inside of me as much as Brazilian music," he finishes.

Guinga combined both styles of music when he started composing as a teenager. Then, in the 1970s, when he was in his twenties, Guinga accompanied some of Brazil's biggest Samba stars and wrote the music for a hit by Elis Regina.

Guinga started studying classical guitar when he was 26 and got really good, says JohnPaul Trotter, a Los Angeles-based classical guitarist. He first heard about Guinga's music 10 years ago, when he traveled to Rio.

"I started taking guitar lessons with a teacher down there," Trotter explains, "and one of the first things he did was he put a Guinga piece in front of me and said, 'This is what you really need to look at, and there's a lot of meat on this. So learn this well, come back to me next week and we go from there.' "

In addition to mastering his instrument and composing popular songs, Guinga also got a college degree — in dentistry. He says he did it for his dad, and because he knew he couldn't make a living as a musician.

"I did not want to struggle financially. I didn't want to live the misery I lived as an adolescent and the first part of my adult life," Guinga says. "I did quite well as a dentist. At age 27, I earned 8,000 dollars a month. In Brazil, that's a lot of money."

Reflecting on the hardships his parents experienced when he was growing up, Guinga couldn't help but get emotional.

"Everything that I tried to be in life was to try to redeem what my father and mother could not be. That's why I think I make music," he says.

So, at the age of 56, Guinga stepped out of the dentist's office and into his music studio full time.

Sergio Mendes met Guinga in the early 1980s in Rio when Mendes was recording a new album. He included two of Guinga's co-compositions on it and invited the guitarist to record with him.

"I sent the album to Henry Mancini, one of the greatest melodists [and] writers of the century, and he heard the Guinga song and he said, 'Who's that? Who wrote that?' " Mendes recalls. "I said, "Oh, a friend of mine.' He told me, 'We don't write music like that anymore in the United States.' "

Guinga says that, in the end, his instrument is not only the guitar, but also the songs it sings. That's something he learned from the great Brazilian songwriters.

"I saw the way in which the synchronicity of the hand of those composers — their thoughts over the guitar is impressive," he says. "They are the creators, the true creators. Someone like João Gilberto: with that minimalist guitar, he transformed the world."

Guinga may not be transforming the world with his guitar, but he definitely makes it a better place to live.