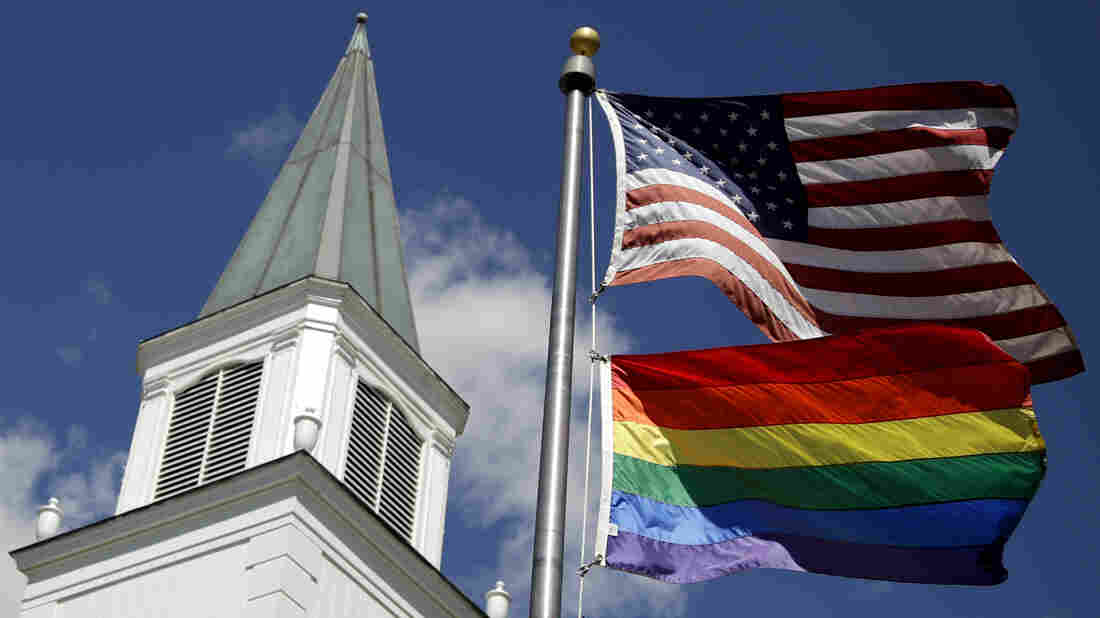 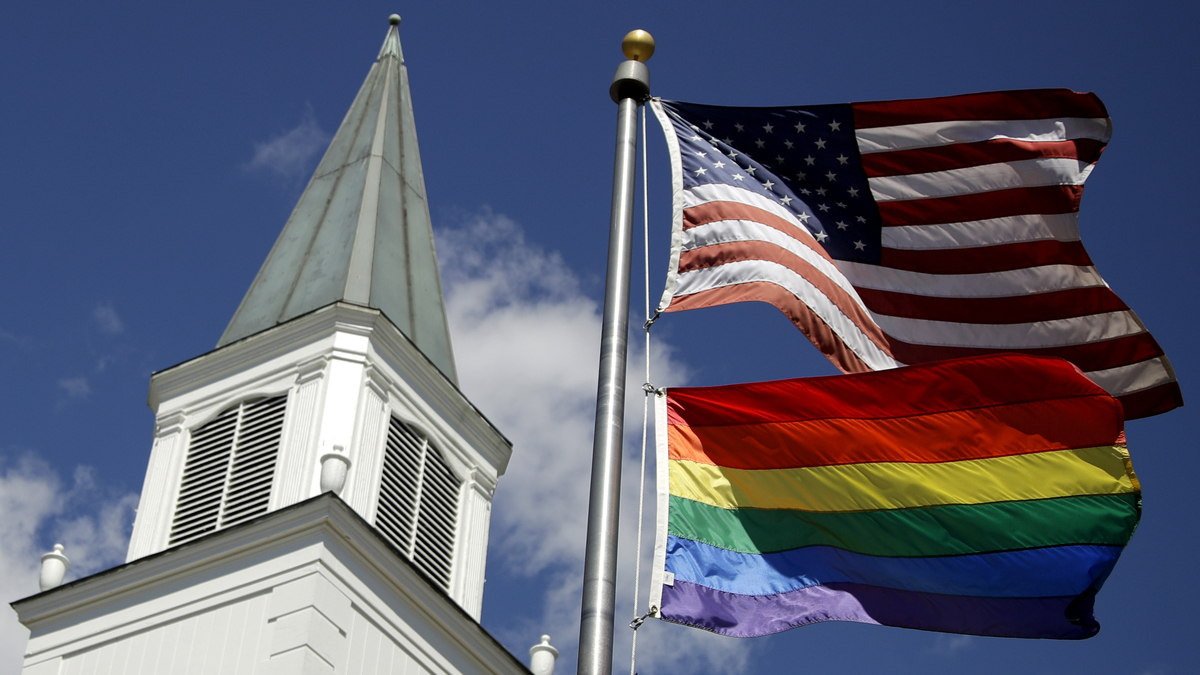 The United Methodist Church announced a proposal Friday to split the denomination over what it called "fundamental differences" regarding its beliefs on same-sex marriage and LGBTQ clergy.

The proposal, signed by 16 church leaders from around the world, will be voted on at the church's 2020 general conference in May. If passed, it would allow for a "traditionalist" denomination to separate from the United Methodist Church, the second largest Protestant denomination in the U.S., with more than 12 million members worldwide.

Currently, ordained pastors are not allowed to perform same-sex marriages, risking disciplinary action if they do, and "practicing" LGBTQ people also cannot become ordained pastors, according to the church's book of discipline.

The new traditionalist denomination, once separate, would open the door for the existing United Methodist Church to repeal the church's ban on same-sex marriages and LGBTQ clergy.

"If this actually passes, it will be a great relief," says the Rev. Tom Berlin, a pastor at the Floris United Methodist Church in Herndon, Va., who signed the protocol and described himself as representing groups who hold a centrist view in the ideological conflict.

"What this proposal allows us to do is be a more inclusive United Methodist Church," Berlin says. "It also allows us to put a controversy to rest. The controversy itself has been a stumbling block toward our larger mission."

The nine-page plan, dated Dec. 17, 2019, was mediated by Kenneth Feinberg, a well-known lawyer who oversaw the September 11th Victim Compensation Fund and other high-profile compensation programs. The plan largely focused on the distribution of financial assets.

Under the plan, the church's General Council on Finance and Administration would provide $25 million to the new traditionalist denomination over a period of four years. An additional $2 million is allotted in the plan for any other new denominations that might be created. Pension plans for current clergy and lay employees would also remain in place.

Local churches would be able to choose whether they want to stay in the United Methodist Church or join a new denomination. Those decisions must be made by the end of 2024, according to the proposal, and any church moving to another Methodist denomination would maintain its assets and liabilities.

The question of whether to allow LGBTQ marriage and clergy has existed almost since the founding of the United Methodist Church in 1968, says the Rev. Keith Boyette, president of the Wesleyan Covenant Association, who signed the protocol representing traditionalist views.

"Every other mainline denomination in the United States has faced this conflict," says Boyette. "This agreement models how a conflict can be addressed in an amicable way." He said that the separation was bittersweet for him, but that each faction can now move forward "unhindered by the other."

The conflict came to a head last February at a special session of the church's general conference, when 53% of church leaders in attendance voted to uphold the ban on same-sex marriage and clergy. Leaders at that conference also introduced tougher measures against clergy who officiate at same-sex marriages. The measures included a one-year suspension for the first offense and removal from the clergy after that and were set to go into effect on Jan. 1, 2020.

The vote and measures introduced at that conference signaled a growing divide between Methodists in the United States and those in less-developed, more socially conservative countries, particularly in Africa and Asia. In the U.S., 60% of United Methodist members say homosexuality should be accepted, according to a 2014 survey by the Pew Research Center.

"In the congregation I serve, they're delighted that I was appointed to be their pastor. They would describe it as an answer to prayer," says the Rev. David Meredith, a pastor at the Clifton United Methodist Church in Cincinnati. Meredith is gay and has been married since 2016.

Meredith, who signed the protocol representing progressive groups, says that he is under complaint from the church for marrying a man, but that his immediate supervisors and his congregation are happy to have him continue to serve as pastor. The protocol immediately puts into effect an abeyance, which means that complaint goes "into a drawer where it can collect dust."

"When my husband and I made it legal, suddenly they had this piece of evidence — my marriage license — to get me," Meredith says. "The United Methodist Church post-separation will be a place where the injury and the harm of LGBTQ clergy and of LGBTQ couples, their families, their congregations, their communities, will be removed. Part of that begins immediately."

He says the plan doesn't acknowledge the historical legacy of homophobia in the church, though he pointed to the plan's allotment of $39 million over four years to "support communities historically marginalized by the sin of racism" as a step toward such an acknowledgement.

Meredith says the protocol speaks to where he believes the United Methodist Church is called to go. He referenced a banner outside his church that reads, "No matter what the politician, the TV preacher, your income, your diagnosis, your documents, your relationship says about you, you're a beloved child of God."

He says people have called him weeping because the sign brought them solace.