Accessibility links
3 Americans Killed In Attack On Kenyan Airfield By Al-Shabab Militants The attack by the Somali-based terrorist group, which is affiliated with al-Qaida, left three Americans dead. At least four militants were killed in the attack. 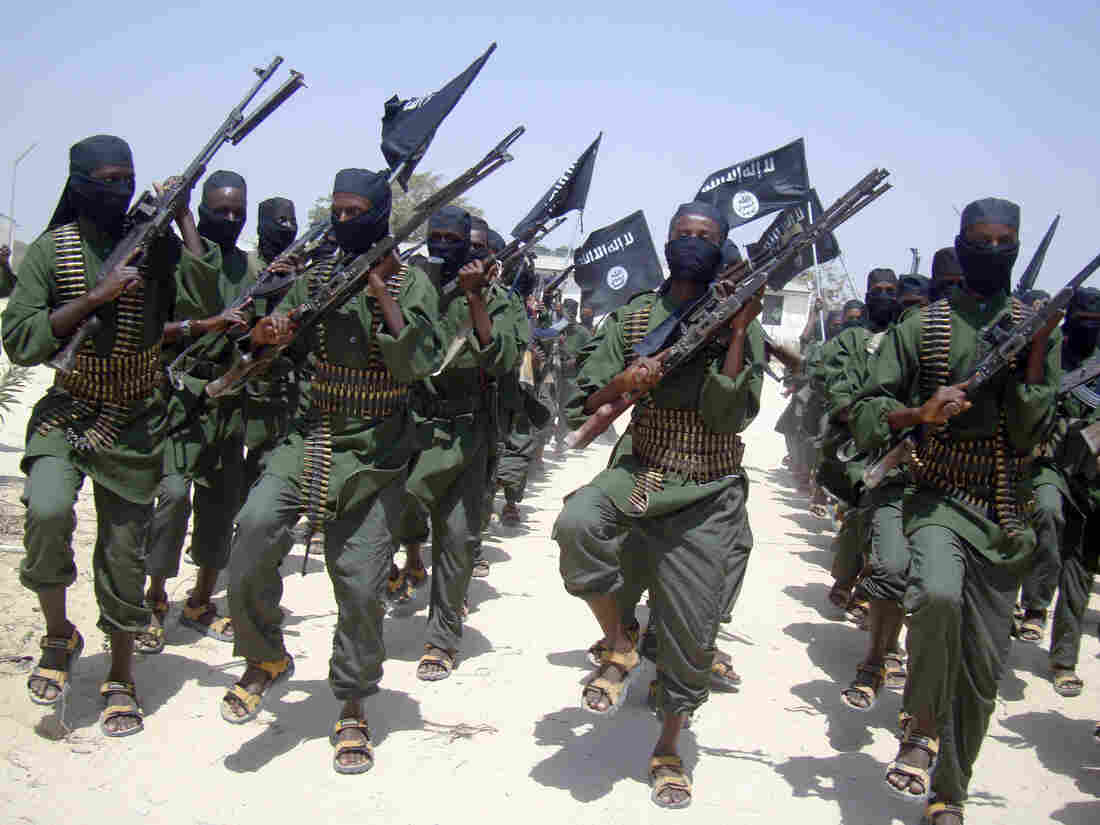 Al-Shabab fighters march with their weapons during military exercises on the outskirts of Mogadishu, Somalia, in 2011. Mohamed Sheikh Nor/AP hide caption 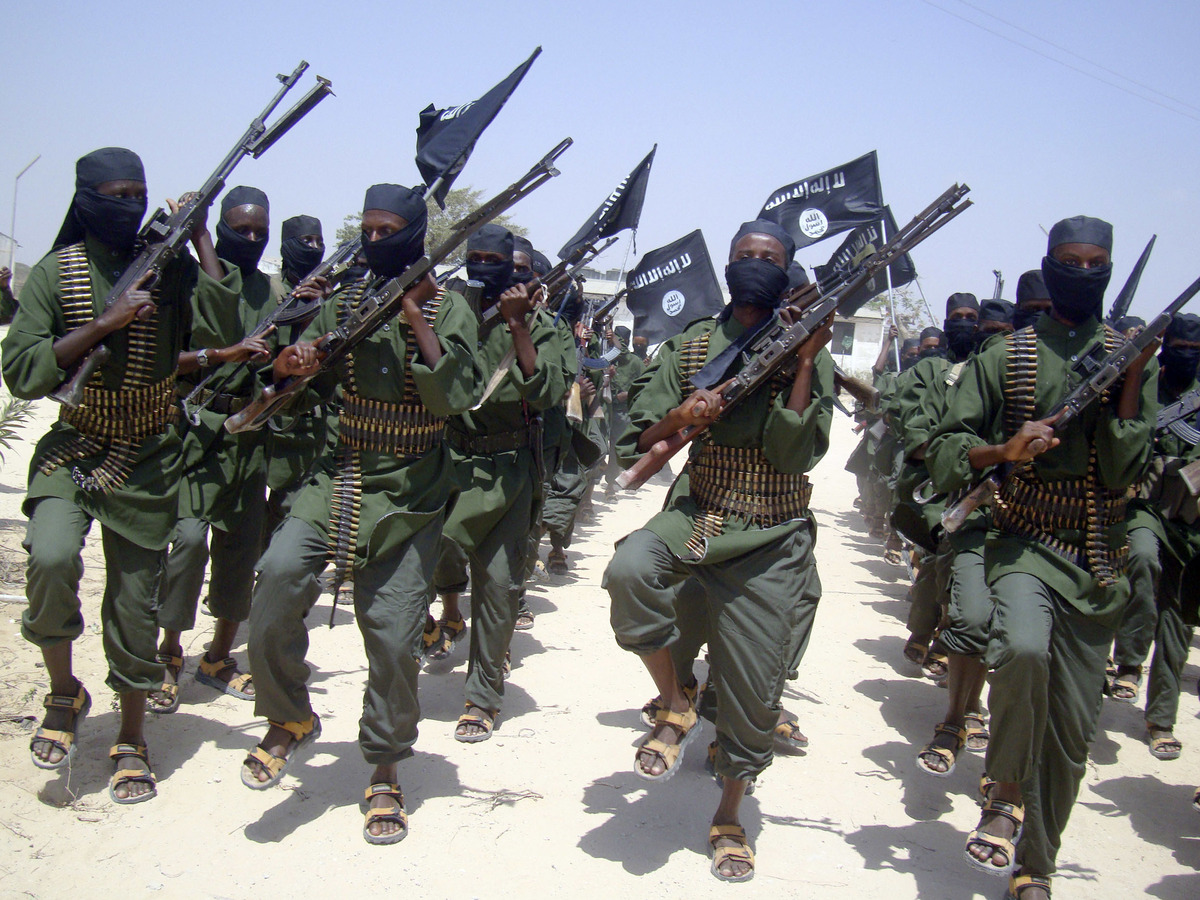 Al-Shabab fighters march with their weapons during military exercises on the outskirts of Mogadishu, Somalia, in 2011.

A U.S. service member and two Defense Department contractors were killed Sunday when the terrorist organization al-Shabab attacked a Kenyan airfield used by both Kenyan and U.S. forces.

Two Defense Department members were also injured in the attack, according to United States Africa Command. They are said to be in stable condition.

The attack by the Somali-based al-Shabab, which is affiliated with al-Qaida, was the group's first against U.S. forces in Kenya, according to The Associated Press. The site of the attack, Manda Bay Airfield, is used by U.S. forces to provide training and counterterrorism support to partners in East Africa, as well as to protect U.S. interests in the area.

"Our thoughts and prayers are with the families and friends of our teammates who lost their lives today," said U.S. Army Gen. Stephen Townsend, the commander of U.S. Africa Command. "As we honor their sacrifice, let's also harden our resolve. Alongside our African and international partners, we will pursue those responsible for this attack and al-Shabaab who seeks to harm Americans and U.S. interests."

Earlier in the day, AFRICOM released a statement on the attack saying that the attack at the Manda Bay Airfield had been repelled and the airfield cleared, with U.S. Africa Command working together with Kenyan forces.

The Kenya Defence Forces released a statement saying that "The attempted breach was successfully repulsed" and that four "terrorists [sic] bodies" had been found.

"The airstrip is safe. Arising from the unsuccessful breach a fire broke out affecting some of the fuel tanks located at the airstrip. The fire has been put under control and standard security procedures are now on-going," according to the statement.

Citing a report from Kenyan police, the AP reported that two small planes, two U.S. helicopters and multiple U.S. vehicles had been destroyed in the attack. AFRICOM released a later statement saying that "six contractor-operated civilian aircraft were damaged to some degree."

The airfield attack by the al-Qaida-linked group follows a truck bomb in the Somali capital of Mogadishu on Dec. 28 that left at least 79 people dead. Al-Shabab claimed responsibility for the attack.

A day after the bombing in Mogadishu, the U.S. military announced that at least four al-Shabab militants in Somalia had been killed in three separate airstrikes. The military said in a statement that the airstrikes "targeted al-Shabaab militants responsible for terrorist acts against innocent Somali citizens and coordinating with al-Qaeda."