Accessibility links
#MeToo Spurs Female Company Founder To Seek More 'Candor' From Investors Venture capital investing is still a very male-dominated industry where female founders of startups say sexual harassment is a big problem. One woman is trying to change that for herself and others. 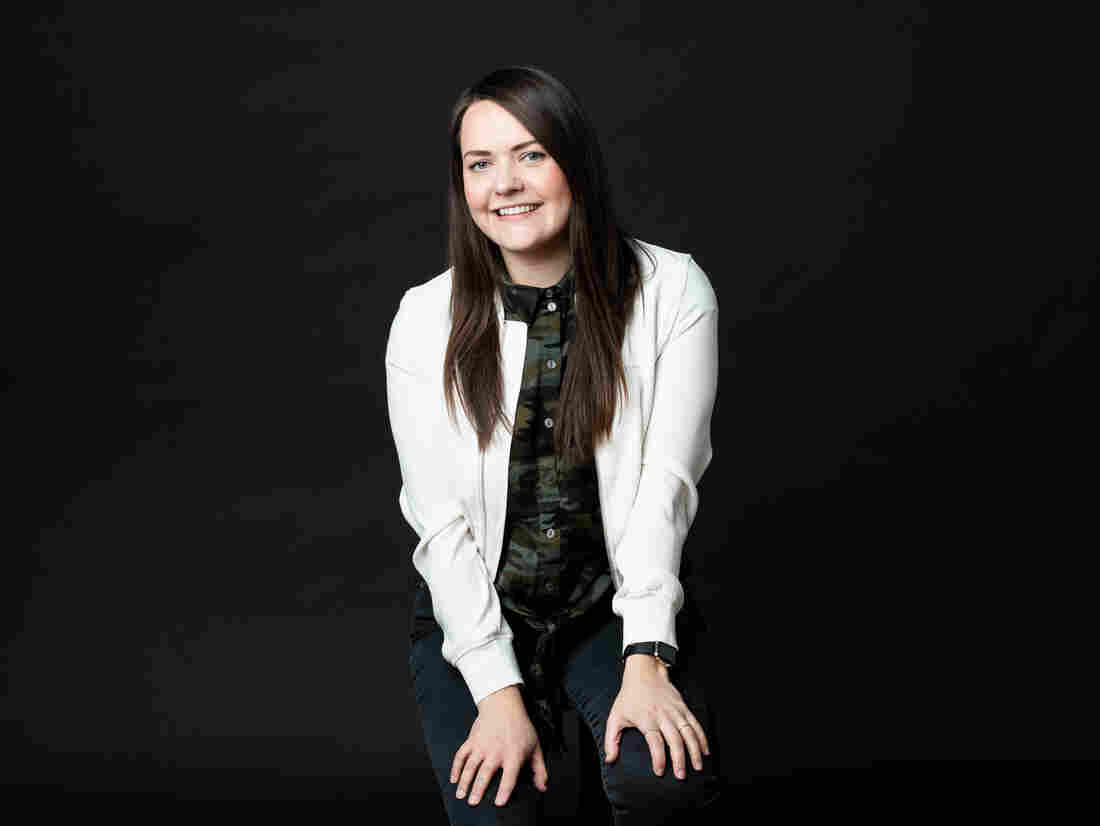 Elizabeth Giorgi created the "candor clause" after being harassed by a would-be investor. "I've probably spoken to more than 100 female founders across the U.S., and I would say that half of us have a story," she says. Courtesy of Soona Studios hide caption 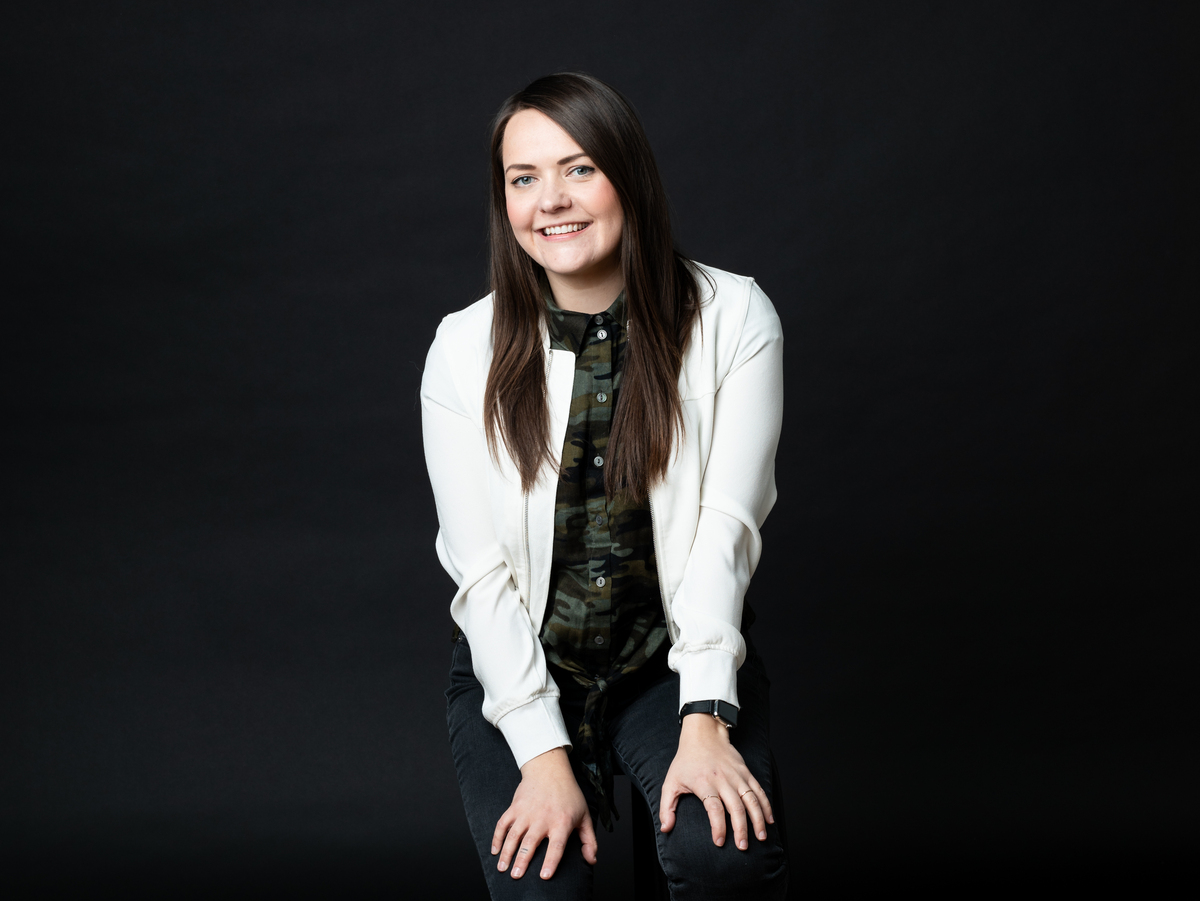 Elizabeth Giorgi created the "candor clause" after being harassed by a would-be investor. "I've probably spoken to more than 100 female founders across the U.S., and I would say that half of us have a story," she says.

The experience of raising money last year bewildered Elizabeth Giorgi at first. Almost always, she pitched her startup company, Soona, to an all-male audience of investors.

"People would assume that my male colleague was the founder and not me," she says. "I would occasionally have people ask me about whether or not I have children or if I was planning on having children anytime soon."

There were few women Giorgi could turn to. Many young companies look to venture capital investments to fund their early years, but that's an industry dominated by men. According to All Raise, a group advocating for women in business, 85% of partners at venture capital firms are men, and a large majority — 71% — have no female partner at all.

And the industry has had its share of #MeToo problems — as Giorgi says she soon personally experienced.

Last February, she found an investor who seemed keen on her vision to expand Soona, a same-day photo and video startup she co-founded. He agreed to invest. Then later that evening, she says, he sent her naked photos of himself.

"I remember crying in the bedroom upstairs while my colleagues were having dinner downstairs because I just thought, 'Is this what I'm going to have to subject myself to if I want to raise this money and build our dream?' " she says.

Giorgi turned down his money and blocked all contacts with him. But the experience reverberated.

"I've probably spoken to more than 100 female founders across the U.S., and I would say that half of us have a story," she says.

So Giorgi asked her lawyers to draw up what she calls the "candor clause."

It requires investors in her company to disclose any prior allegations of discrimination or sexual harassment. Giorgi says that because investors wield an enormous amount of influence over startups and their executives, it's critical to address potentially toxic personal dynamics upfront.

"If nothing else, we should be able to have radically honest conversations with each other about how we want to be treated in the world," she says.

So far, Giorgi has secured $1.5 million in funding from investors, including 2048 Ventures, Matchstick Ventures and Techstars Ventures, all of which endorsed her candor clause and included it in the language of their contracts with her company.

She has since shared it publicly on her company's website, hoping to help other women founders, who are a relatively rare breed. Last year, only 2.6% of all venture capital funds in the U.S. went to firms founded by women, according to All Raise and research firm PitchBook.

Other surveys find that sexual harassment is a big problem for female founders.

Ellen Pao is a former venture capital investor who sued premier Silicon Valley investment firm Kleiner Perkins for gender discrimination. She lost at trial in 2015 and now heads Project Include, which advocates for diversity in technology.

Struggling For Investments, Silicon Valley Women Reluctant To Speak Out On Harassment

Pao applauds the candor clause and its intent but says if it's violated and the case goes to court, women would still face an uphill battle.

"It's so hard to sue venture capital firms," she says. "Having done it myself, they have so many resources."

Indeed, meeting the legal standard for sexual harassment is difficult in court, which is one reason that the candor clause and other similar efforts aim to prevent problems before they occur.

Take an online directory called #MovingForward, which publishes discrimination and harassment policies of venture capital firms that agree to post them.

The list is the brainchild of serial entrepreneur Cheryl Yeoh Sew Hoy, who says she was sexually harassed and assaulted by an investor five years ago. "When I was harassed, I didn't know what to do," she says. "There's a problem between VC-founder relationships and a power imbalance. What can we do at the very basic level to improve that?"

About 150 firms worldwide have posted their policies on #MovingForward so far. Sew Hoy calls it slow but meaningful progress.

Giorgi says 40 women founders have gotten their investors to sign the candor clause, but others are afraid to push for it.

"I have had conversations with other female founders who've expressed fear about trying to talk about the candor clause and concerns that it would somehow cause an investor to rescind their support," Giorgi says.

"Don't think so little of yourself," Giorgi says she counsels them. "You have a right to demand better behavior."