Accessibility links
Harvey Weinstein Heads To Trial For Sex Crimes In A #MeToo Landmark It's the first criminal trial for Weinstein, whose alleged misconduct helped set off a movement. Now, the former producer faces five charges that may land him a long prison sentence in New York. 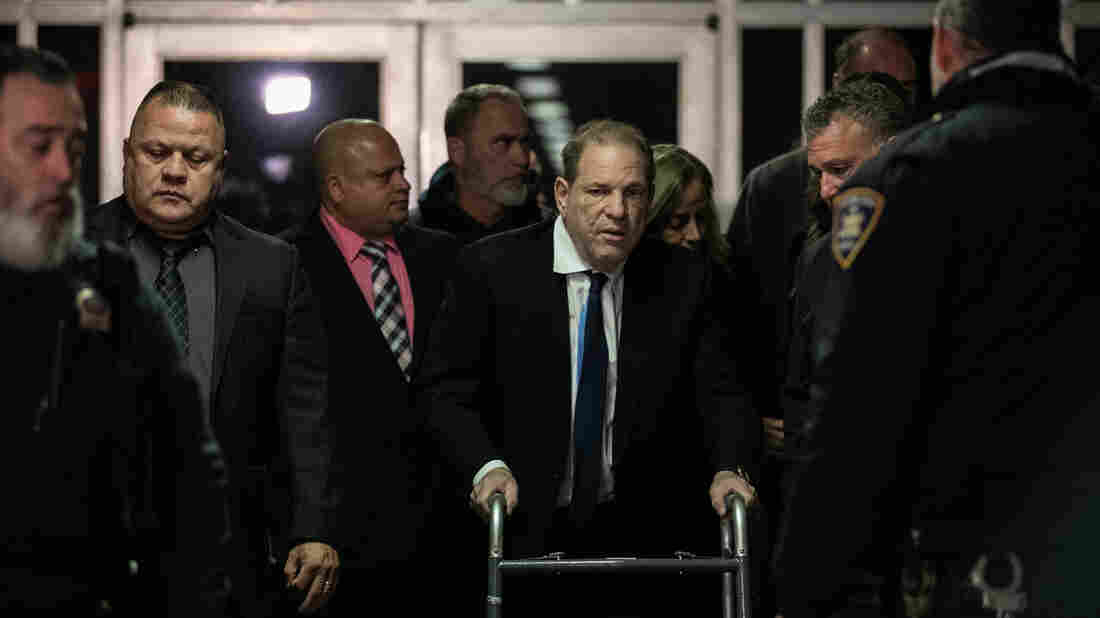 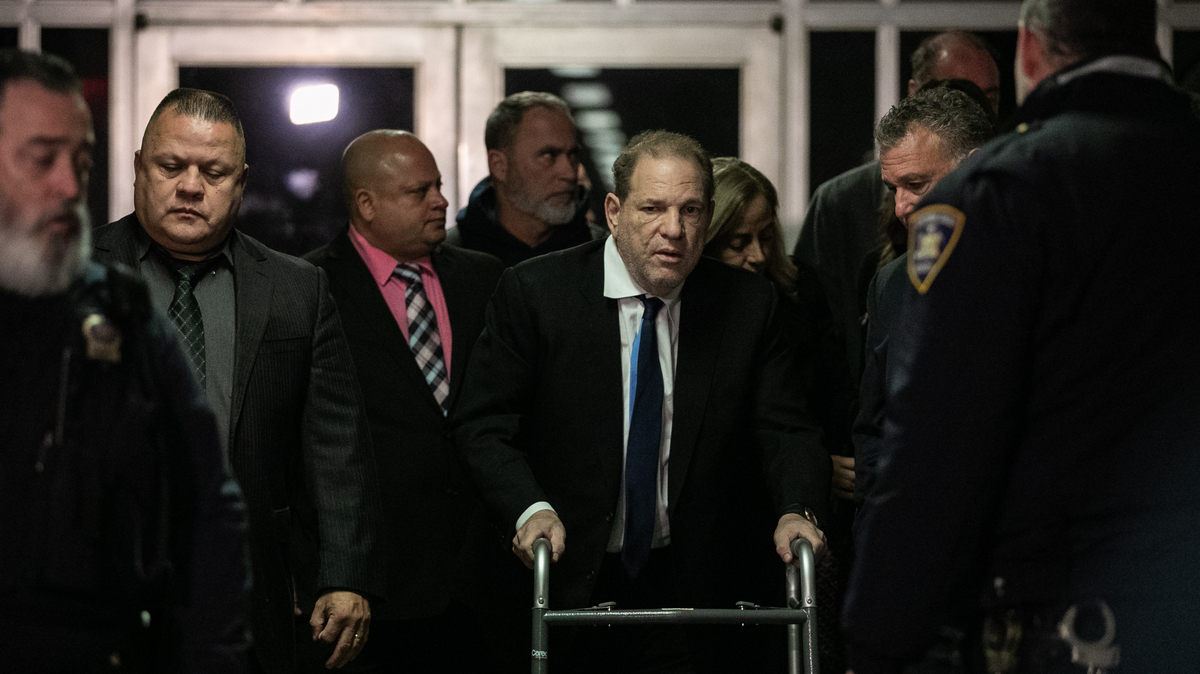 Once one of Hollywood's most powerful men, whose very reputation could help determine the fate of the films he financed, Harvey Weinstein is set for a starring role on a very different kind of stage: The former megaproducer's criminal trial opens Monday in Manhattan, where Weinstein faces sexual assault charges that may land him in prison for a very long time.

More than 80 women have publicly accused Weinstein of various types of sexual misconduct since The New York Times and The New Yorker published near-simultaneous bombshell reports more than two years ago. Those allegations, widespread as they were — dating back decades and including alleged incidents from Los Angeles to London — helped ignite the #MeToo movement calling attention to sexual assault.

But it was the Manhattan district attorney, Cyrus Vance, who first made the move to charge Weinstein in 2018, eventually slapping the disgraced Oscar winner with five counts of sex crimes — including rape and predatory sexual assault — principally relating to two alleged victims in New York City.

The first incident involved Mimi Haleyi, a former production assistant at his old studio, the Weinstein Company. (That company is now dead — declared bankrupt and sold to a private equity firm.) Haleyi says that in 2006, Weinstein invited her to his New York City home, where he pulled out her tampon and orally forced himself on her.

"No woman should have to be subjected to this type of unacceptable abuse," she told reporters in October 2017. "Women have the right to say no. A 'no' is a 'no,' regardless of the circumstances — and I told Harvey no."

The name of the alleged victim in the second incident, from 2013, has not been released.

Another alleged attack, dating to the winter of 1993-1994, became something of a flashpoint in the pretrial wrangling: Actress Annabella Sciorra says Weinstein attacked her after a film industry dinner around that time. After the producer dropped her off at her apartment in Manhattan, Sciorra says that he reappeared at her door and pushed it open, overpowering and raping her once he had gotten inside.

The incident took place too long ago for prosecution under state law, but prosecutors pushed for Sciorra's testimony to be included anyway over the objections of Weinstein's legal team — and prosecutors got their way. She will be allowed to take the witness stand to bolster the case that Weinstein committed predatory sexual assault, which carries the longest possible sentence of his charges.

Weinstein, for his part, has pleaded not guilty to the charges, maintaining that everything that he did with these women and others was consensual.

While the case that heads to trial Monday is Weinstein's first to include criminal charges, it is by no means the first case against the producer. Just last month, in fact, Weinstein and the board of his bankrupt film studio reached a tentative $47 million deal to settle their financial obligations — about $25 million of which would be earmarked for the accusers who filed lawsuits against him.

The settlement, which is still subject to approval by a judge, did not include any formal admission of wrongdoing or personal payments from Weinstein.

As for Weinstein's criminal case in Manhattan, the producer has changed lawyers several times during his pretrial preparations. The first of his attorneys, Benjamin Brafman, staged an aggressive defense in the media. He warned that the #MeToo movement, while generally a positive development, also resulted in an unfair rush to judgment in Weinstein's situation.

"When you have a #MeToo movement that pressures public officials to take certain action when perhaps it's not warranted, then it gets to be very, very scary," he told NPR in late 2018, while he was still representing Weinstein. "And I think that's what happened here."

Brafman and Weinstein officially parted ways about a month after speaking with NPR. Donna Rotunno, a former prosecutor who joined Weinstein's legal team last year, has suggested she plans to pursue a similarly aggressive defense strategy, trying to prove that the women willingly took part in their contact with Weinstein.

"I can promise you there is a truth that you have not reported on; we're here to uncover that truth," Rotunno explained. "I think it's going to be obvious that the relationships had with women in this case were quite consensual. We have a lot of documentation to back those things up."

But first, before the opposing sides make their cases in court, a jury must be selected to hear those arguments — and that task won't be easy in a case this well known.

"The issue is not necessarily finding the needle in the haystack — you know, the one person who has never heard of the Weinstein case. The odds of finding such a person are slim to none," said Nancy Gertner, a former federal judge and author of a book on jury selection.

She says that instead, each side likely will be scrutinizing every potential juror for any sign of prejudice, such as strong feelings about the #MeToo movement or Weinstein personally.

"In other words, within the pool of people who have heard about him, there are distinctions to be made," Gertner added. "And that's where you have to find a fair jury."

That process is expected to last about two weeks. The entire trial could last six to eight. If Weinstein is convicted on the most serious charge, predatory sexual assault, he faces a minimum sentence of 10 to 25 years in prison or a maximum of life.