Accessibility links
Julián Castro Endorses Elizabeth Warren For President The former housing secretary backing the Massachusetts senator is the most high-profile endorsement yet from a former candidate. 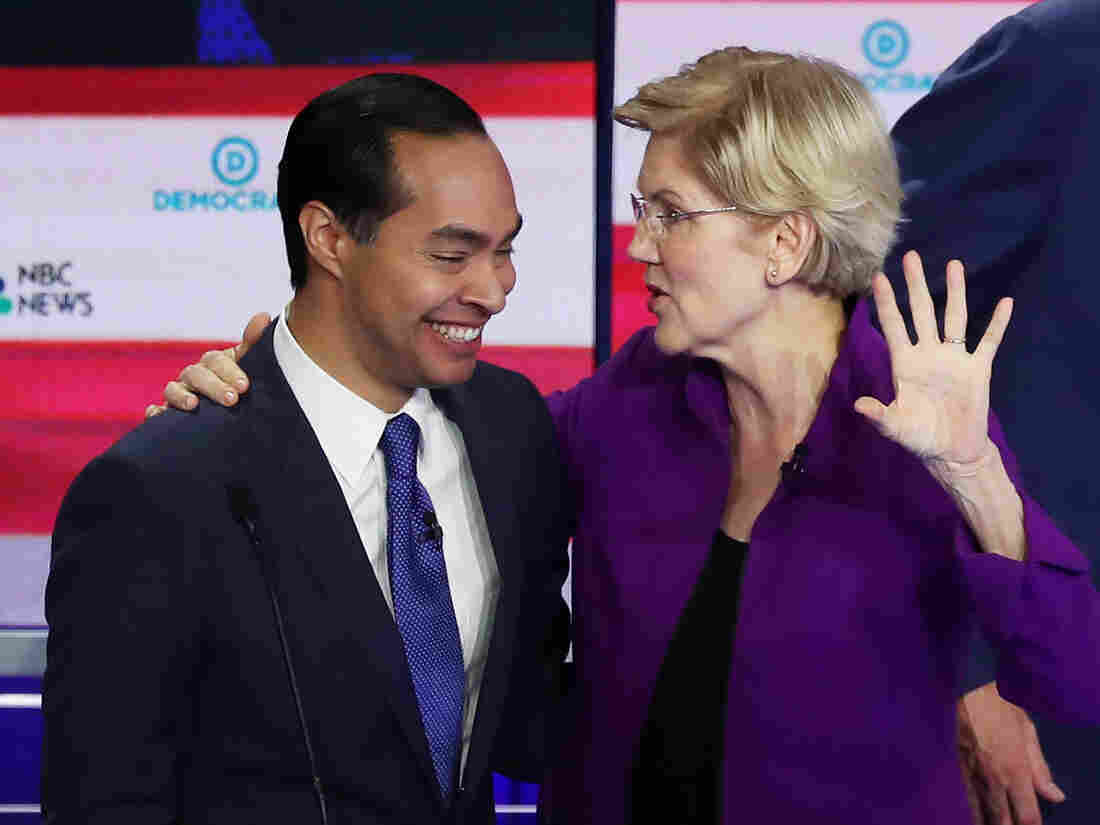 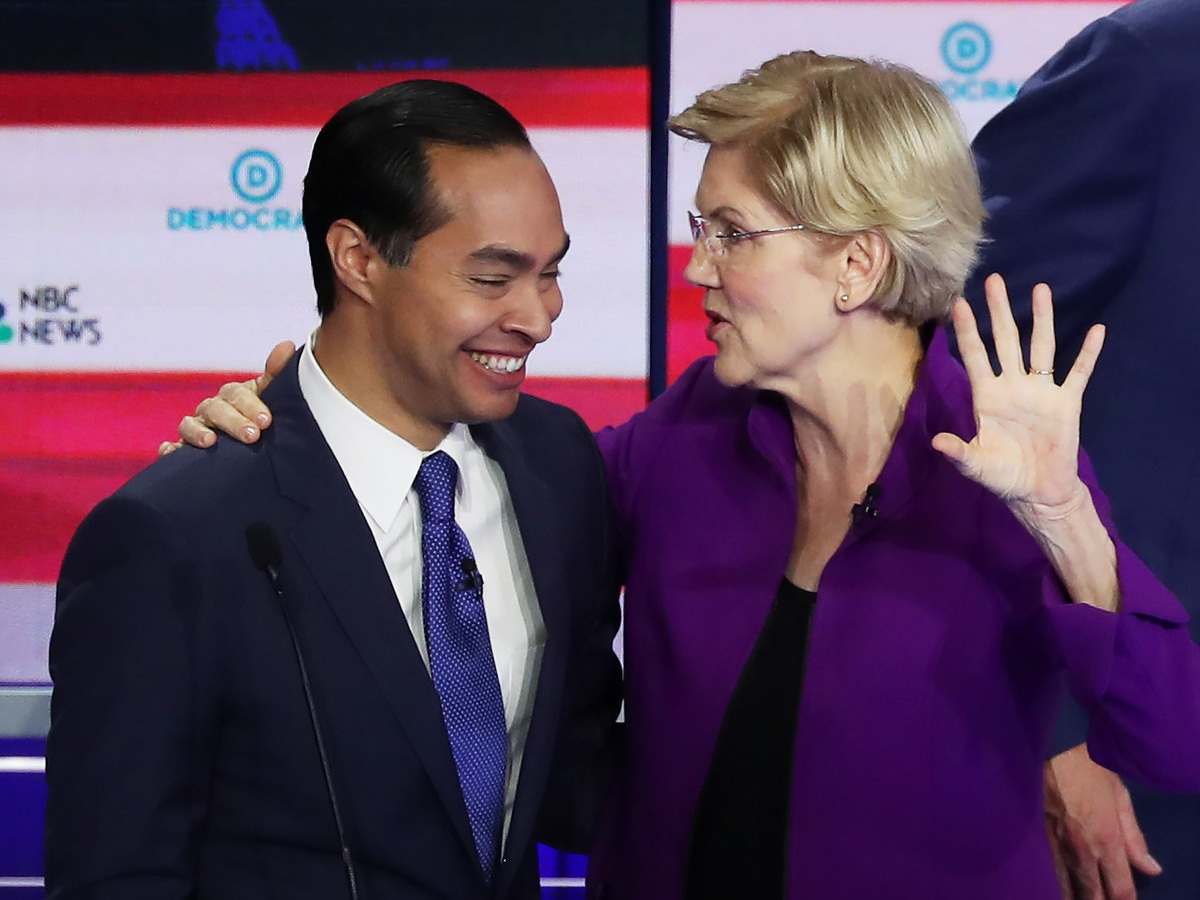 The two will hold a rally together Tuesday evening in Brooklyn.

Castro's endorsement is the most high-profile yet from a onetime 2020 candidate. While Ohio Rep. Tim Ryan endorsed former Vice President Joe Biden after ending his run, bigger names like California Sen. Kamala Harris and former Texas Rep. Beto O'Rourke have stayed away from backing other candidates in the still-crowded field.

"There's one candidate I see who's unafraid to fight like hell to make sure America's promise will be there for everyone," Castro says in a glossy video that shows him driving up to Warren's Cambridge home, knocking on her door, then sitting down in her kitchen for an extended conversation as Warren serves tea.

Elizabeth and I share a vision of America where everyone counts. An America where people⁠—not the wealthy or well-connected⁠—are put first. I'm proud to join her in the fight for big, structural change. pic.twitter.com/xDvMEKqpF3

"Nobody is working harder than you are, not only meeting people but listening to people," Castro tells Warren in the video.

That the two Democrats sit and talk about shared priorities, approaches to campaigning and goals for a post-Trump America raises the prospect of a potential ticket, if Warren emerges from the primaries as the Democratic presidential nominee.

Warren thanked Castro for the endorsement on Twitter, writing, "You've been a powerful voice for bold, progressive change and I'm honored to have your support."

Castro decided to endorse so quickly after dropping out, in contrast to most of the other candidates who've left the race, in order to have time to campaign for Warren ahead of the Iowa caucuses, which are in less than a month.

Vermont Sen. Bernie Sanders won the most high-profile endorsement of the campaign so far: that of New York Rep. Alexandria Ocasio-Cortez. The two drew more than 20,000 people to a New York City rally when she first backed Sanders in October.

Biden has the most endorsements from current and former office-holders, including several sitting U.S. senators and former Secretary of State John Kerry, among others.

The endorser most Democrats agree would have the most impact on the race — former President Barack Obama — has signaled that he has no plans to back any candidate at this point in the race.