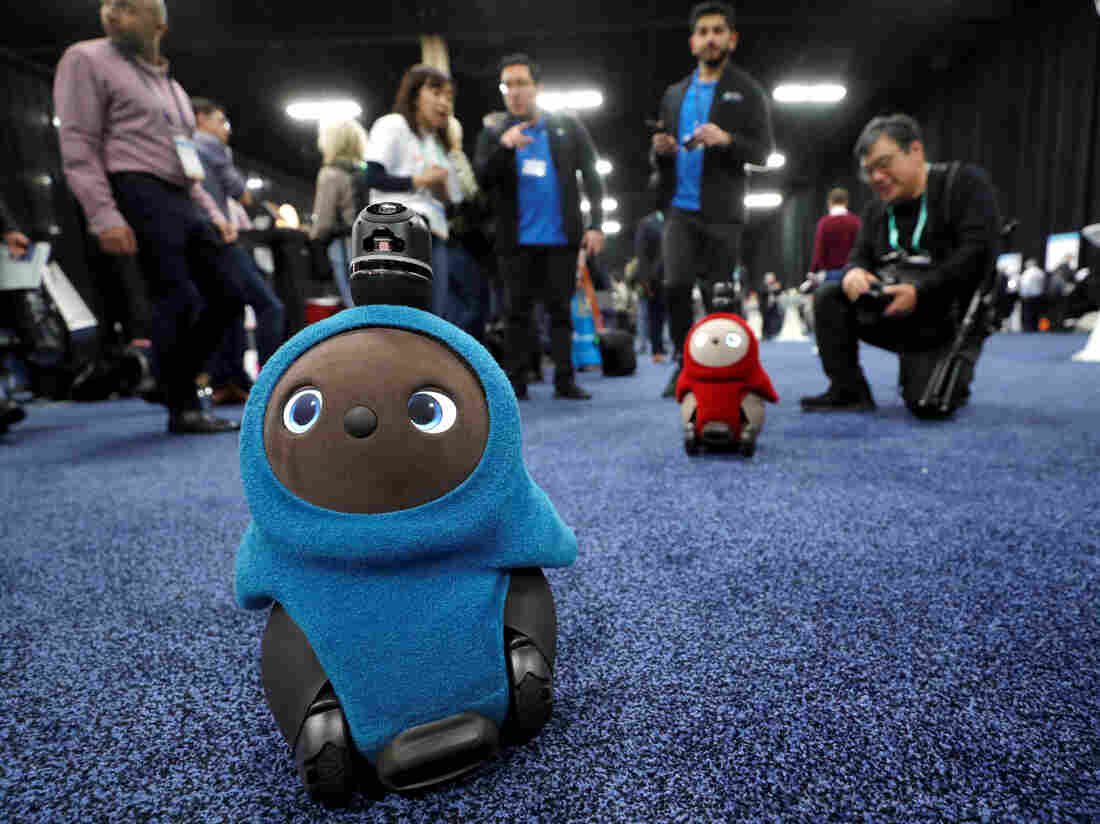 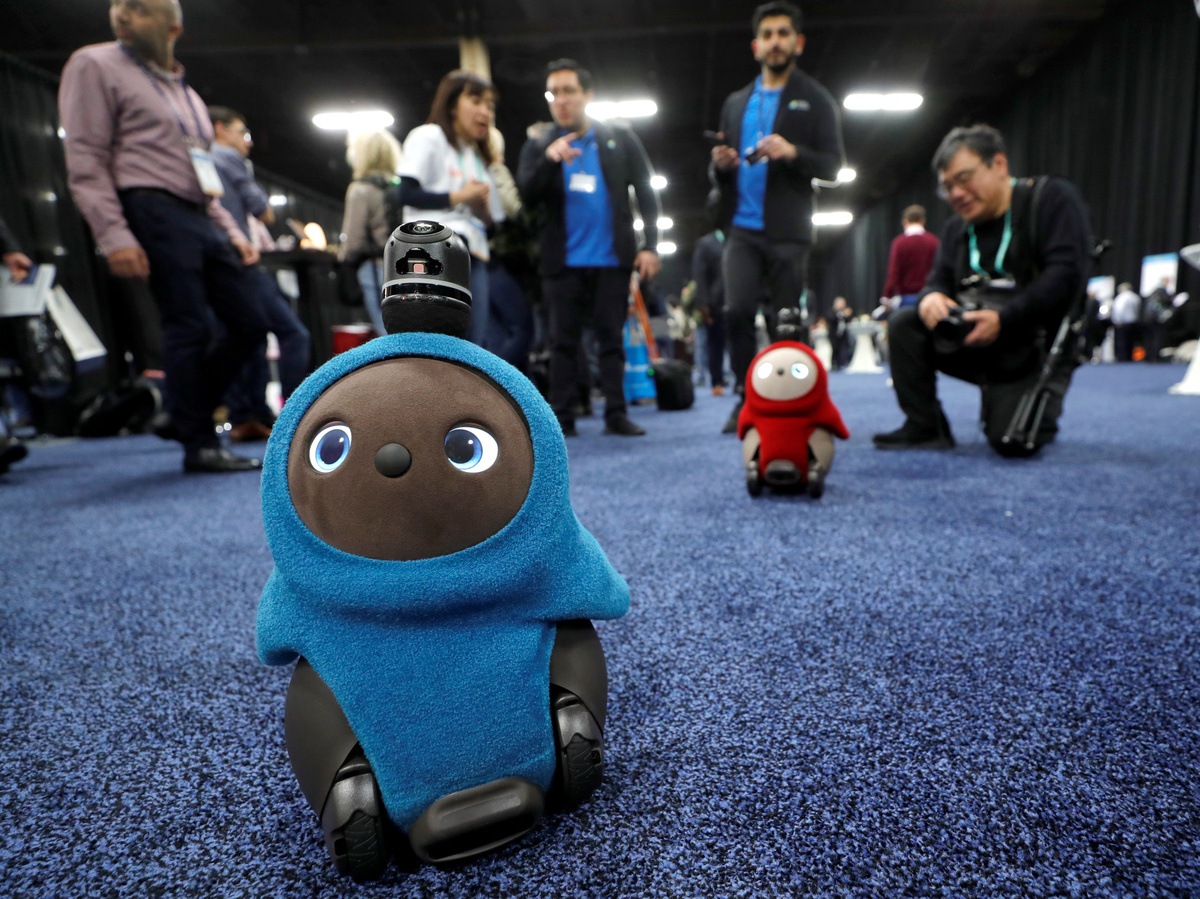 Flying cars, big-screen TVs that rotate vertically to better show your mobile videos, a trash can that changes its own bag: Welcome to CES.

About 200,000 people will descend on Las Vegas this week to check it all out at the annual technology extravaganza of the Consumer Electronics Show.

Among the robots they will encounter is the Charmin RollBot. That's roll as in a roll of toilet paper, which is what the small-wheel robot carries on top of itself.

"So you're on the commode, you look over, oh no, somebody didn't change the roll. Hello? Nobody home," explained Gregg Weaver, who works in research and development at Procter & Gamble, Charmin's parent company.

That's when you take out your smartphone and summon the RollBot via Bluetooth. It "delivers a fresh roll of Charmin, saves the day," Weaver says.

That might sound a bit dramatic, but this single-task robot could save you a few uncomfortable steps to retrieve a spare roll. 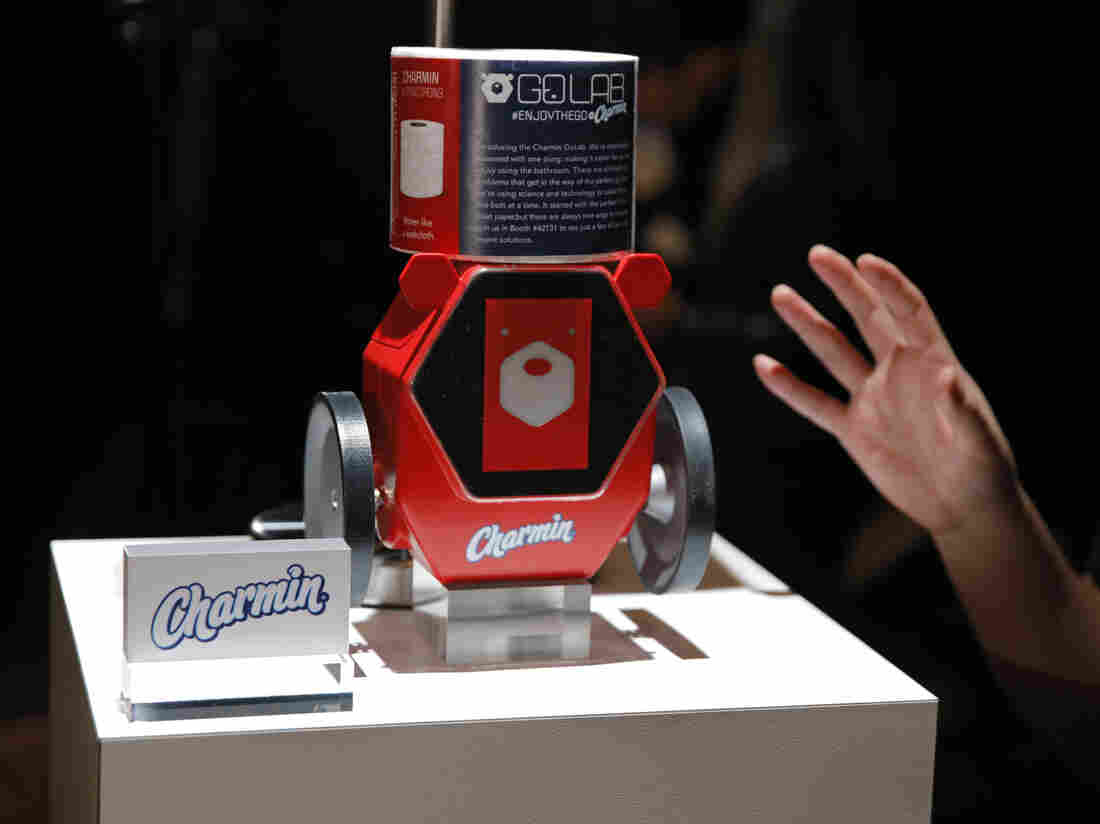 The Bluetooth-enabled Charmin RollBot is on display at CES in Las Vegas. The robot is just a concept — it isn't available to buy — but it would deliver a roll of toilet paper in the user's home. John Locher/AP hide caption 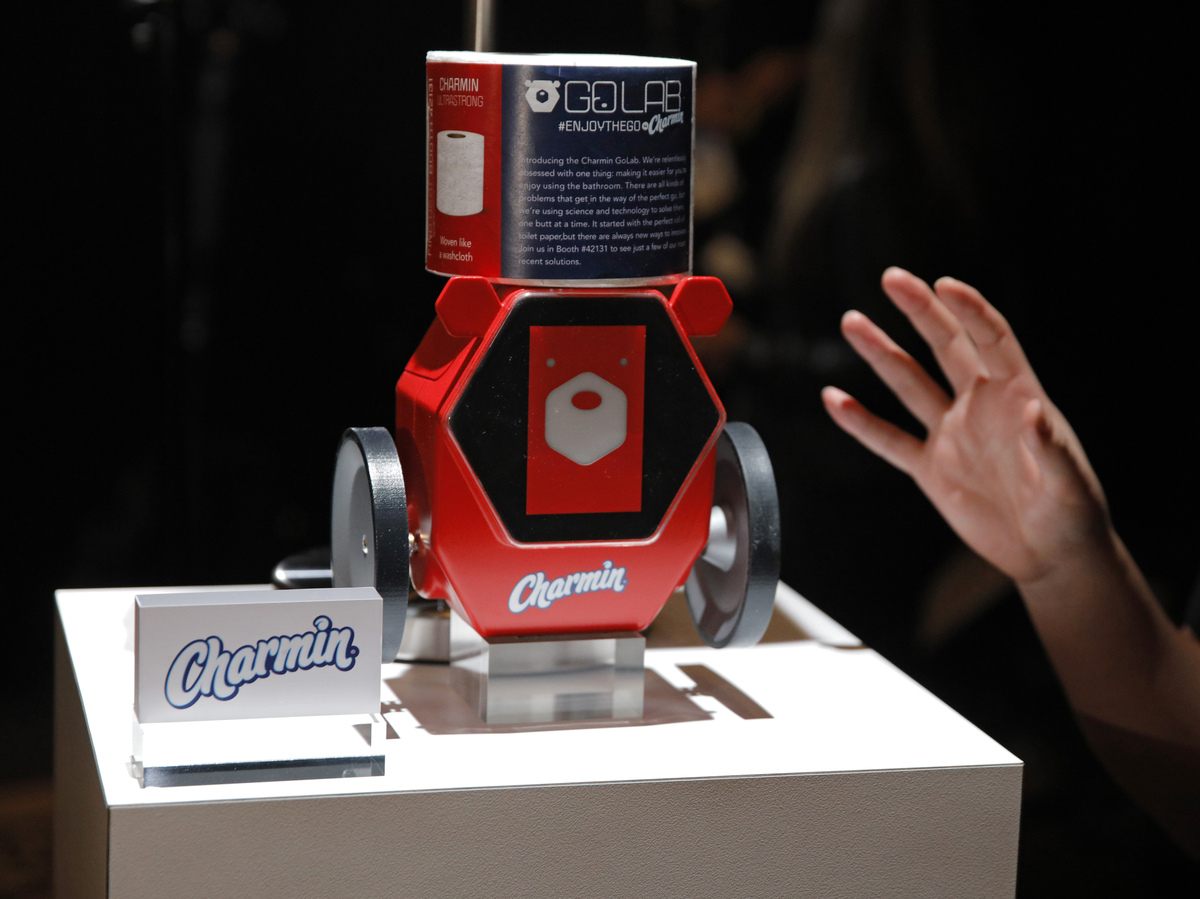 The Bluetooth-enabled Charmin RollBot is on display at CES in Las Vegas. The robot is just a concept — it isn't available to buy — but it would deliver a roll of toilet paper in the user's home.

You can't buy P&G's robot — or a lot of the stuff on display here.

But that's what much of CES is about: glimpsing at the future of technology. Things like touch screens and voice assistants showed up here years before they became mainstream.

The show is a dizzying display of tech in every form imaginable, spread over almost 3 million square feet of exhibition space.

Visitors must dodge rolling robots and people stumbling around, their eyes covered by virtual reality headsets.

A lot of the buzz at this year's show is about 5G — the next generation of much faster cellular networks. It promises to be up to 100 times faster than current networks, said Kevin Westcott, a vice chairman at consulting firm Deloitte.

5G is still in the early stages, but that's not dampening the excitement.

"It doesn't mean a huge amount today, because can I download a movie faster or do I get my traffic updates faster? That's not going to change my life," Westcott said. "What's going to change it is when people start envisioning new applications that use absolutely real-time data."

Thanks to 5G, self-driving cars will be able to communicate with each other — and to the roads they are driving on.

Among the companies at CES working on this is Valerann, a British-Israeli startup that puts sensors in roads.

The sensors detect traffic and weather, and can light up to direct cars around a vehicle pulled over onto the shoulder.

Shahar Bahiri, a co-founder of Valerann, says the company is already using 5G connections in some places because it's the fastest way to share data.

Video: Future You, With Elise Hu

How Mind-Controlled Robot Suits Could Enhance Our Limbs

But CES is not all robots and futuristic cars. Health is also a big theme here, and many of the startups at this year's show are making apps and devices that bring the tools of the doctor's office to your smartphone.

At another booth, a company called Binah uses an iPad's camera to read a person's vital signs by scanning her face.

It looks for a tiny movement in the skin under the eye each time the heart beats.

"There's a change in the reflection of the light on your skin," said Mona Popilian, Binah's director of marketing.

"And we say OK, now there's been a heartbeat, and then there's another and another. And so we have the heart rate. And based on this, we continue to calculate the rest of the measurements," she said.

It's useful not just for individuals. Popilian says Binah's app can be used by doctors to remotely examine patients. A big Japanese insurance company is using it to monitor drivers' stress levels.

Popilian invites me to try out the app, so I step in front of the iPad and she starts the scan.

It takes a few seconds to deliver my results. My heart rate and oxygen levels are normal — but, after dodging robots and surrounded by flashing screens, unsurprisingly, I am mildly stressed.