Accessibility links
Venezuela's Guaidó Vows To Retake Legislature After lawmakers allied with President Nicolás Maduro shut out the opposition, Juan Guaidó said he will try to take his rightful place as president of the National Assembly. 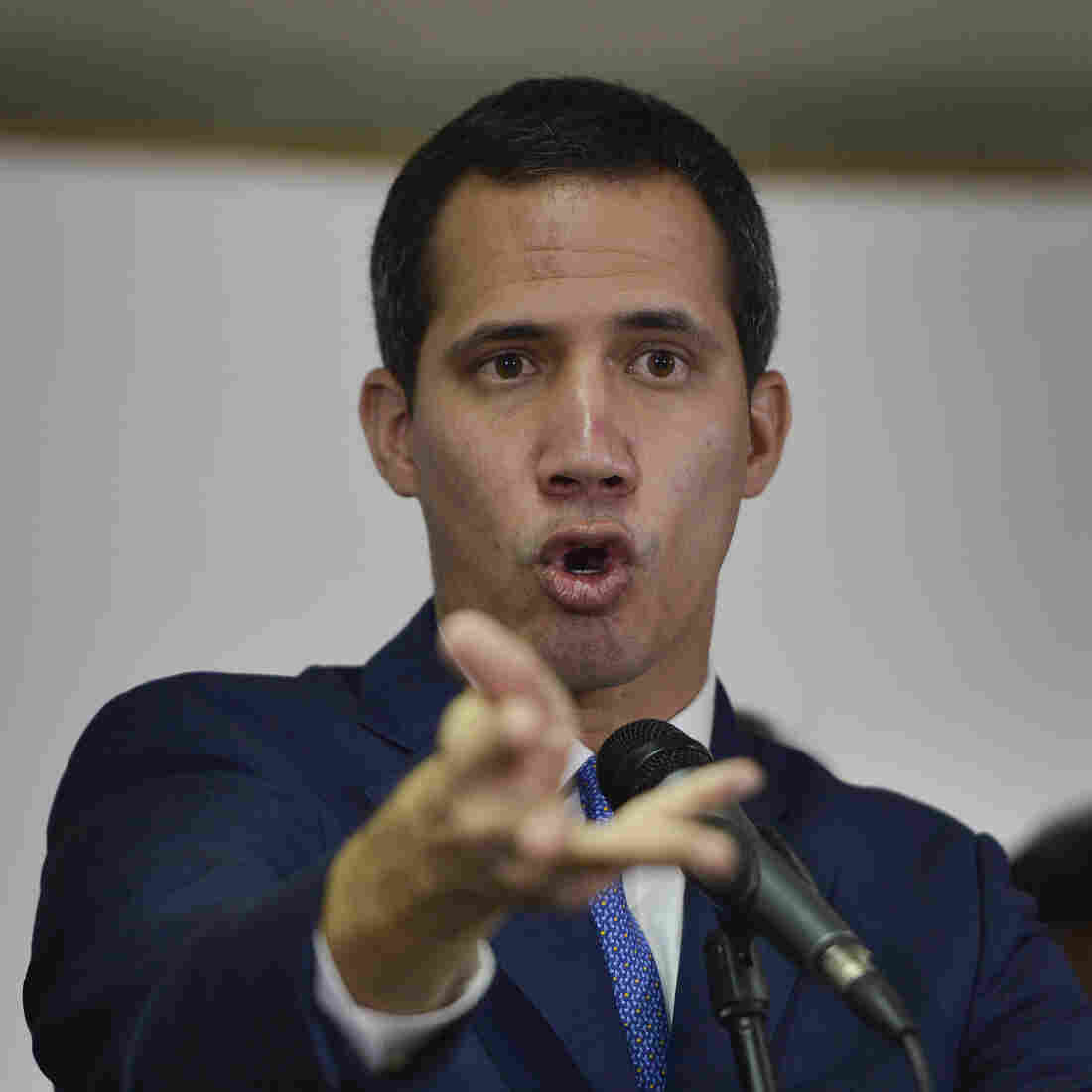 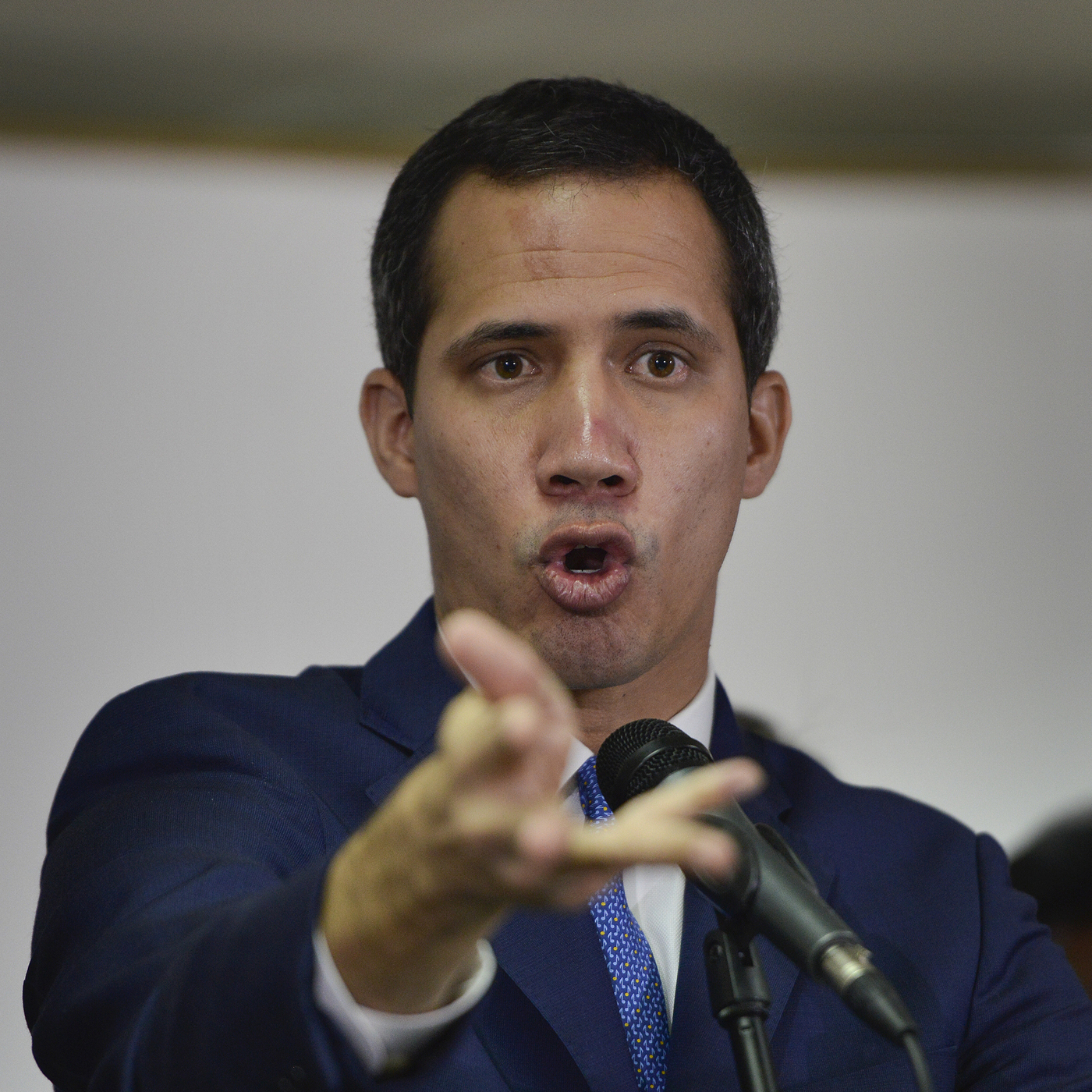 Venezuela is starting the year with a dramatic new twist to its political crisis.

On Sunday, allies of President Nicolás Maduro hijacked a session of the country's National Assembly while security forces locked out the body's president, Juan Guaidó, and his supporters. Meanwhile, inside the chamber, lawmakers allied to Maduro's government quickly selected a new head of the chamber.

The National Assembly was one of the few checks on Maduro, who enjoys almost dictatorial powers. It has been a particular thorn in his side because it is headed by Guaidó, 36. After the 2018 election was widely seen as fraudulent, Guaidó declared himself Venezuela's head of state last January, with the backing of the U.S. and nearly 60 other countries.

But Maduro, who took over when longtime socialist leader Hugo Chávez died in 2013, has refused to step down, adding political instability to the already economically unstable country, which has experienced hyperinflation, chronic shortages and widespread corruption.

On Sunday, scuffles broke out inside and outside the National Assembly as Luis Parra — who has denied allegations of accepting bribes from Maduro to side with the socialists in the legislature — was sworn in to replace Guaidó as the chamber's president.

Opposition lawmakers, barred from the legislature, met later at a newspaper office and defiantly voted to reelect Guaidó.

The U.S. has condemned the move by Maduro's allies to seize the legislature, and on Monday, Vice President Pence called Guaidó, whom the administration recognizes as the country's legitimate leader, to pledge its support for him.

A showdown was in the offing on Tuesday, with the opposition, led by Guaidó, vowing to retake the assembly.

Speaking to reporters in the capital, Caracas, on Monday, Guaidó said he and lawmakers belonging to his Democratic Unity Roundtable alliance, which forms a majority in the 167-seat assembly, are willing to risk a confrontation because "Venezuela deserves it" and said Maduro's "dictatorship" must decide "if it will continue its farce, which no one recognizes."

Parra said Monday that Guaidó "will be permitted" back in the legislature, but "as any other lawmaker," he would first need to acknowledge Parra's undisputed leadership of the body.

Parra, an independent who claims to remain a Maduro critic, says Venezuela needs to end its "politics of polarization" and work toward free and fair parliamentary elections to be held later this year.

"We are working on achieving a political change in Venezuela," Parra said from the assembly building, according to The Associated Press. "Our efforts are focused on holding clean, free elections immediately."

In a previous version of this story, we incorrectly said Juan Guaidó ran for president in 2018.