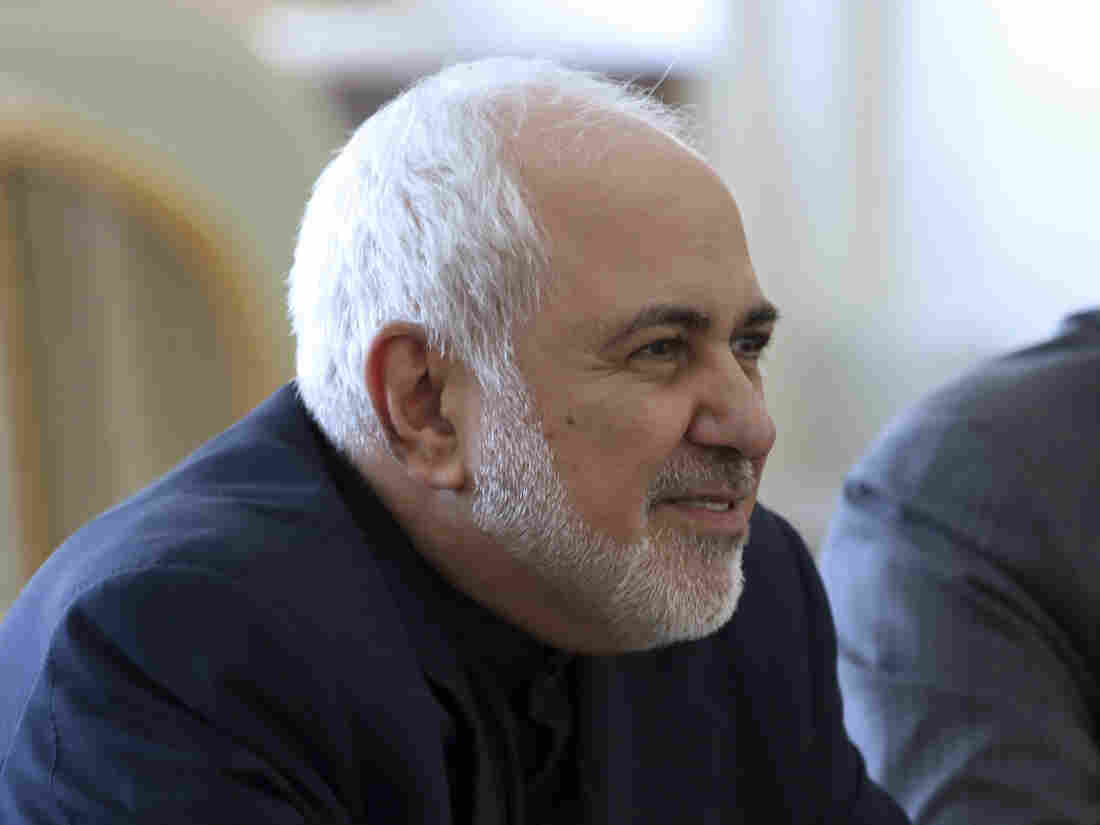 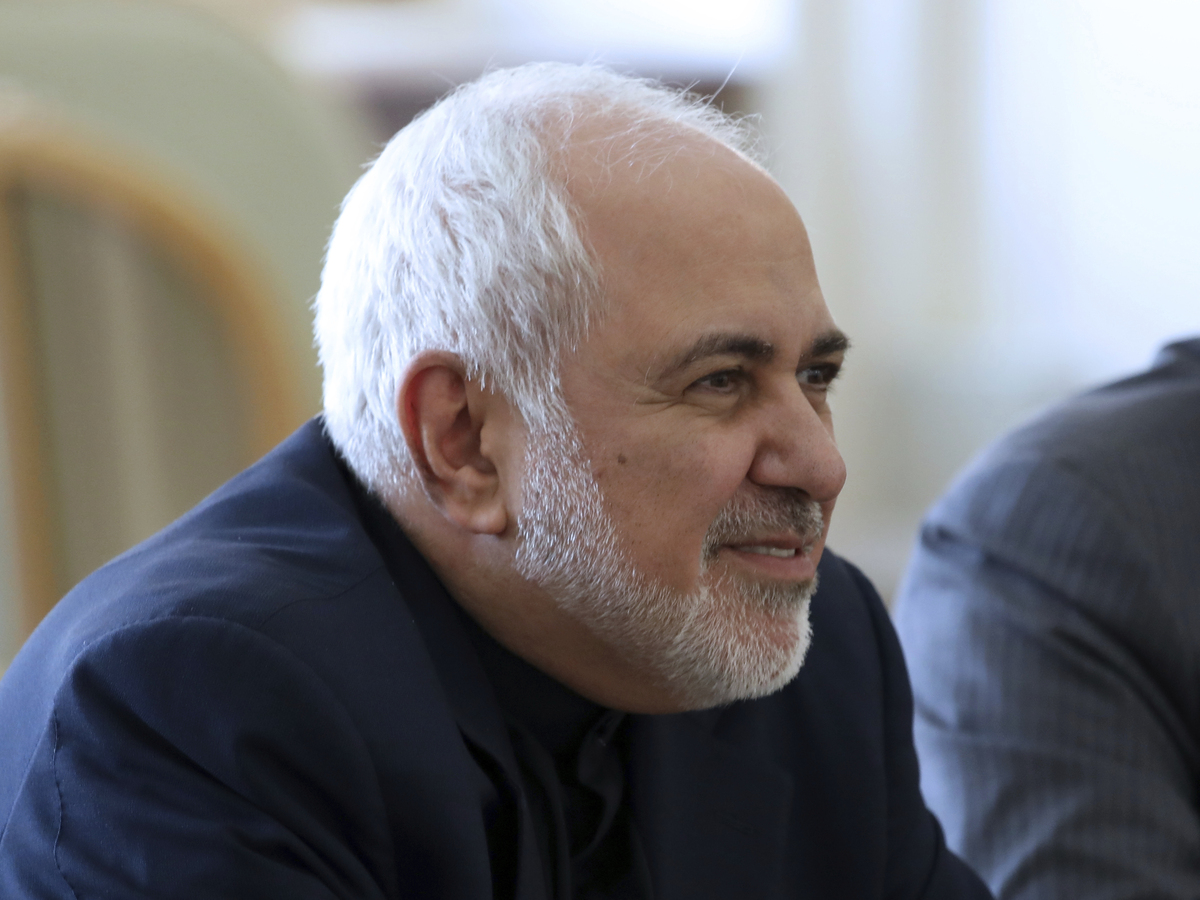 Iranian Foreign Minister Mohammad Javad Zarif at a meeting with officials of the International Atomic Energy Agency in Tehran in September. Zarif spoke to NPR on Tuesday.

Iranian Foreign Minister Mohammad Javad Zarif tells NPR that the U.S. "will pay" for a drone strike that killed the commander of the country's elite Quds Force, which he described as an act of "both terrorism and war."

"[We] will respond according to our own timing and choice," he said.

Pressed on specifics of an Iranian response to the drone strike that killed Soleimani in neighboring Iraq, Zarif said, "We will decide."

Soleimani, who led the Quds Force, an elite unit of Iran's Islamic Revolutionary Guard Corps, which the Trump administration has labeled a terrorist organization, was seen as a national hero. His funeral this week has drawn hundreds of thousands and perhaps millions of mourners across the country.

Referring to the deployment of U.S. forces in Iraq, Zarif said the reaction to Soleimani's death would "make it almost impossible for the U.S. to continue to stay in this region."

In what he said was another consequence of the assassination of Soleimani, Zarif said there would be no further discussions of prisoner exchanges with the United States.

A number of American citizens are detained in Iran, and Zarif said, "We had proposed a universal exchange of all prisoners.

"I don't think at this time we can discuss those issues. We have to deal with the present issue at hand, unfortunately."

The Iranian foreign minister also said that the U.S. had failed to issue him a visa to attend the U.N. Security Council in New York on Thursday, where he was scheduled to deliver an address. Zarif said he had requested the visa 25 days ago, but said the State Department informed the U.N. that it "didn't have enough time to issue a visa."

Regarding the deal between Iran and six other nations, including the U.S., to limit its nuclear program, Zarif said "all limits" on centrifuges used to enrich uranium "are now suspended," insisting that Tehran was still complying with other aspects of the agreement, known as the Joint Comprehensive Plan of Action, or JCPOA.

Zarif told NPR that the decision to lift the limits on the number of centrifuges was primarily due to Europe's noncompliance with the terms of the deal.

"But we made it very clear that we are ready to go back to full compliance the minute they start complying with their own," he said.

President Trump, who has been a harsh critic of the deal despite international agreement that Iran was complying with its terms, announced in 2018 that the U.S. would unilaterally withdraw from the pact, accusing Iran of violating the deal by actively pursuing nuclear weapons.

"If we wanted to build a nuclear bomb, we would ... have done it a long time ago," Zarif told NPR. "Iran does not want a nuclear bomb, does not believe that nuclear bombs create security for anybody. And we believe it's time for everybody to disarm rather than to arm."